Remember the folktale about the race between the tortoise and the hare? The hare moved faster but the slow-moving tortoise reached the finish line first due to his persistence.

The science of movement ecology – born at the Israel Institute for Advanced Studies in 2006 — studies how animals, plants and microorganisms move at various stages of life and in various situations, providing insights for purposes including species conservation. 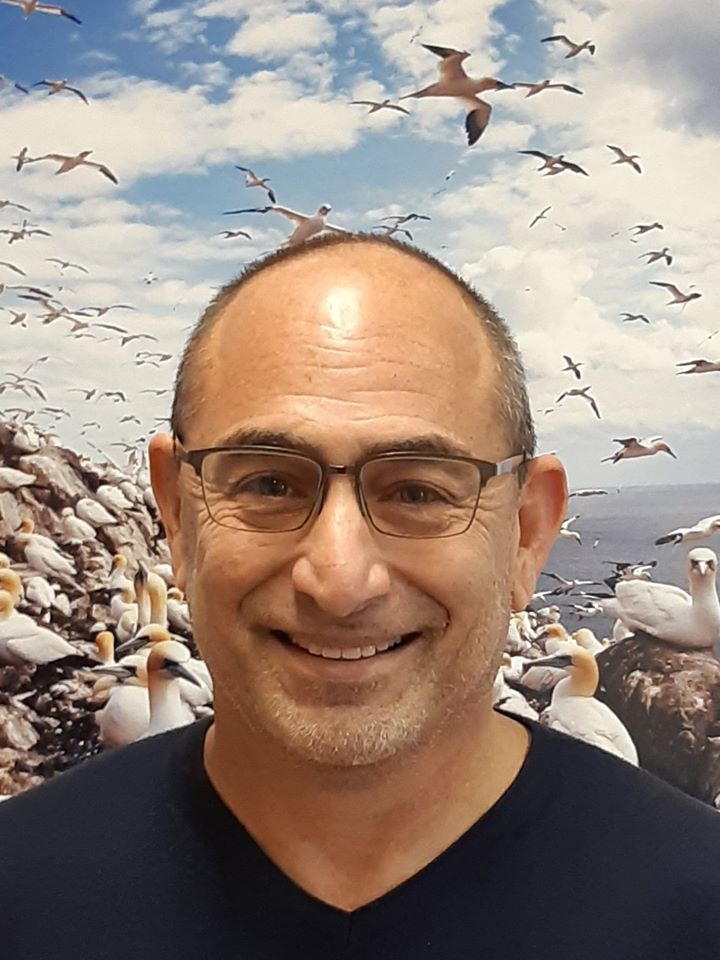 The father of this scientific discipline, Prof. Ran Nathan, director of the Hebrew University of Jerusalem’s Minerva Center for Movement Ecology, joined students and colleagues from 12 countries in a review of the main wildlife tracking technologies that gather big data on the movements of mammals, birds, fish and other animals in the wild.

The review, published February 17 in Science, describes how these technologies work separately and collaboratively to reveal previously unknown information about animal movement, behavior and survival in the wild.

Using GPS tracking, Nathan and his students discovered that young vultures from the declining population in Israel climb rising-air columns (thermals) much less efficiently than do experienced adult vultures when those thermals are drifted by winds.

“We found that circling around the core of wind-drifted thermals requires training and patience, likely gained by young vultures only with accumulated experience,” Nathan said.

ATLAS has been installed in countries including Israel, the UK, The Netherlands and Germany to answer basic questions in movement ecology. Every day, scientists from Australia to Africa to America are seeking to use ATLAS systems at their study sites, Nathan tells ISRAEL21c.

“This sophisticated tracking system has ushered in a range of exciting discoveries and novel insights, including the first evidence for the existence of a cognitive map in a wild animal — a fruit bat,” said Nathan.

ATLAS facilitated an understanding of how bats instinctively practice “spatial partitioning” among adjacent colonies, and the underlying mechanisms. The bats seem to be driven by spatial memory and information transfer rather than competition.

ATLAS also sparked a pioneering study in the UK linking variation among individual pheasants in their cognitive ability and space-use patterns. High-resolution data from ATLAS-tracked black-winged kites, which prey on small animals such as voles, revealed “a very large variation in the duration that kites remain static within a food patch, including very short and very long stops, making stop duration rather unpredictable,” Nathan said.

“This might be explained by a predator-prey co-evolution race, in which kites wait until voles get out of their burrows to forage in the fields, while voles minimize exposure in risky times and habitats.” 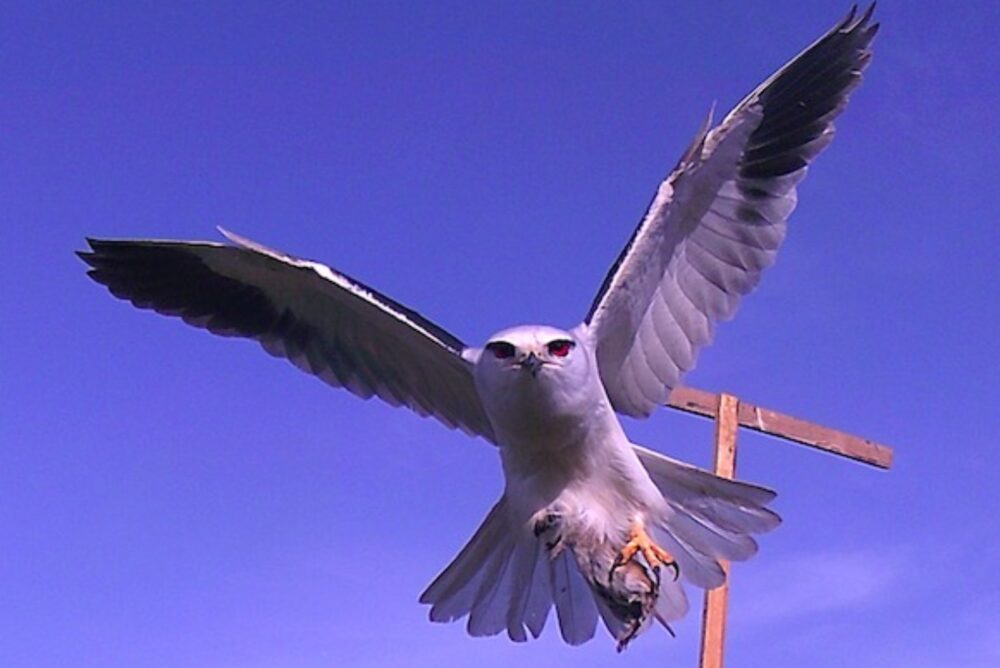 A black-winged kite with a vole. Photo courtesy of Yosef Kiat, Gabe Rozman and Ran Nathan/Hebrew University of Jerusalem

An acoustic tracking system in European rivers revealed that when endangered downstream-migrating eels and Atlantic salmon encounter dams, their movement becomes more energy intensive and therefore may lower their chances of survival.

Nathan said GPS tracking provided Israeli scientists with an early-warning capacity about the recent avian flu outbreak that led to the death of thousands of migrating cranes in Israel earlier this winter.

“At the first sign of death among a few dozen cranes, a much greater proportion of our GPS-tagged cranes died or were suspected to be infected given the sudden reduction in their movement and activity,” said Nathan.

“We informed the authorities that a drastic mortality event is coming, as unfortunately did happen, and that urgent measures should be taken.”

Later, the team traced the infected birds and found that some eventually recovered.

“We now closely watch the data from cranes that winter in Africa to monitor the possible second wave of the outbreak when millions of migrating birds will soon arrive,” Nathan said.

His lab is working with the Israel Nature and Parks Authority on an early-alert system to find poisoned carcasses that vultures and other raptors are eating.

Nathan says there are four types of research questions that cannot be answered without the highly detailed data the new technologies enable: cognitive and personality variations among individual animals; very brief interactions between members of social groups, competing species or predators and their prey; wildlife interactions with the environment and with humans; and variations in natural phenomena across different scales in time and space.

“We expect our findings to have major implications in both basic and applied research, and to foster a wave of new collaboration across disciplines and political borders. We also foresee a substantial impact beyond our field of research through public environmental awareness and education,” Nathan says.

UNCOVER ISRAEL - Get the ISRAEL21c
Weekly Edition free by email
Sign Up Now!
Bring Israel's story to life.
Millions of people around the world rely on us to gain a deeper understanding of Israel. We are the trusted source for original content you won't find anywhere else.
You can make a difference. Donate today to support journalism that brings Israel’s story alive.
SUPPORT ISRAEL21c
Read more on:   Environment, wildlife, conservation, birds, hebrew university, Bird conservation, Birds in Israel