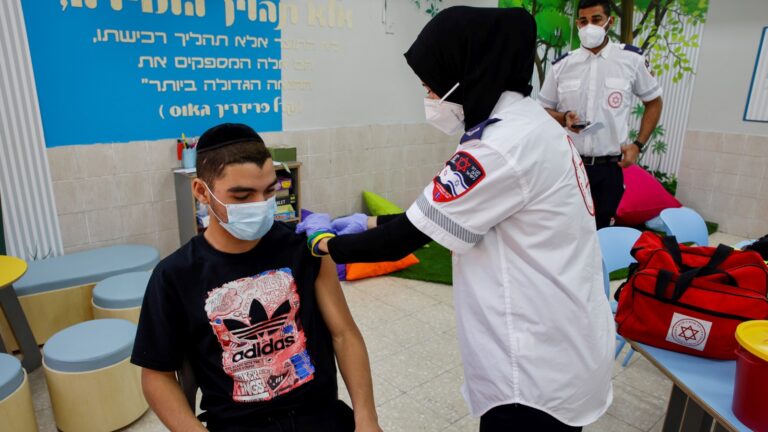 Rare cases of myocarditis, a heart muscle inflammation, have been seen in men under 25 after receiving the second dose of the Pfizer-BioNTech Covid-19 vaccine, a panel of Israeli researchers reported to the Ministry of Health.

Most cases were mild and resolved within a few weeks.

The Ministry of Health research panel was led by Dr. Dror Mevorach, head of internal medicine and of a Covid-19 unit at Hadassah University Medical Center’s Ein Kerem campus in Jerusalem.

The Israeli ministry of health officially announced a relationship between myocarditis/perimyocarditis and Pfizer-Biontec vaccination in young adults. See a report by science magazine. https://t.co/lHcmGbFHQ2

Mevorach told Science that he and his colleagues identified 110 myocarditis cases among 5 million Israelis who had received two doses of the Pfizer-BioNTech vaccine in the month before their diagnosis.

Some 90% percent of these cases were males aged 16 to 24. This was not surprising, since myocarditis is more common in young men.

Mevorach said the evidence “is very suggestive of a causal nature” between the vaccine and myocarditis, perhaps because the mRNA induces a heightened immune response. The inflammatory condition resolves itself or, if necessary, is treated with corticosteroids.

The rarity and mildness of this side effect means it is not likely to influence Israel’s expected decision to allow parents to have their children from ages 12 to 15 vaccinated against Covid-19. The United States and Canada already began doing so a couple of weeks ago.

Mevorach said he wants parents to be aware of the probable link in making their decision.