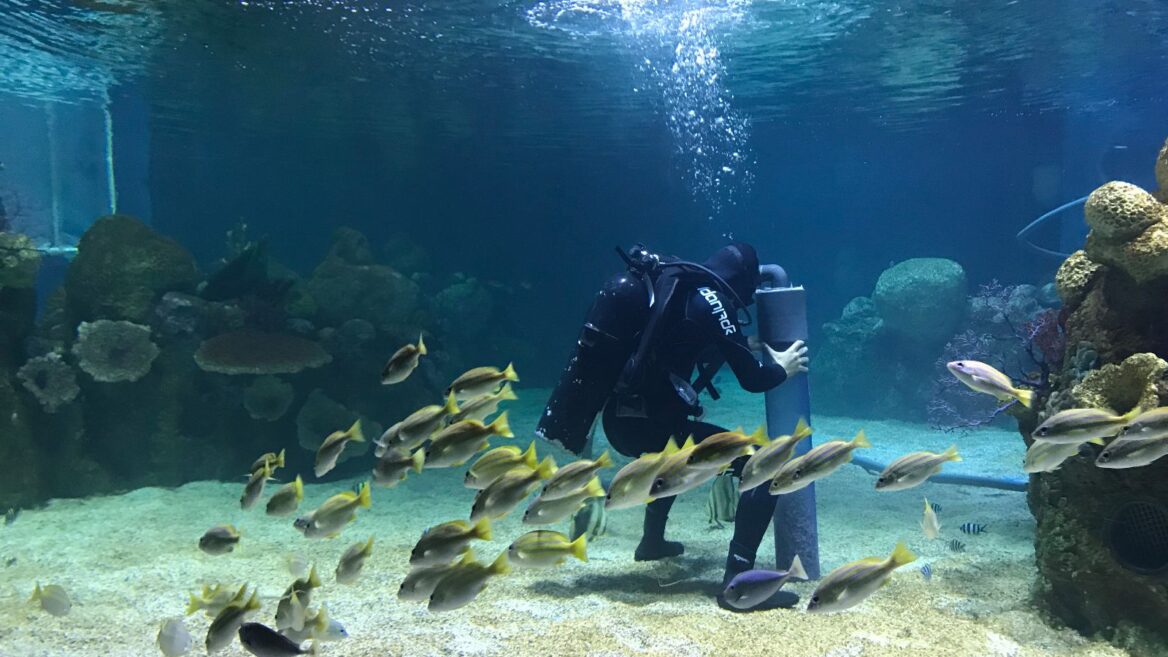 A diver surrounded by fish works away in a tank at the Israel Aquarium. Photo by Yael Lorentci

Jerusalem is blessed with many wonders – the Old City, a golden skyline, rolling hills and perfect summer weather. Unfortunately, it has not been blessed with a sea, meaning that diving aficionados in the area must go all the way down to Eilat to catch a glimpse of remarkable underwater life.

Unless, that is, they’re among select divers at the Israel Aquarium, situated in the otherwise arid Malcha neighborhood of the capital. 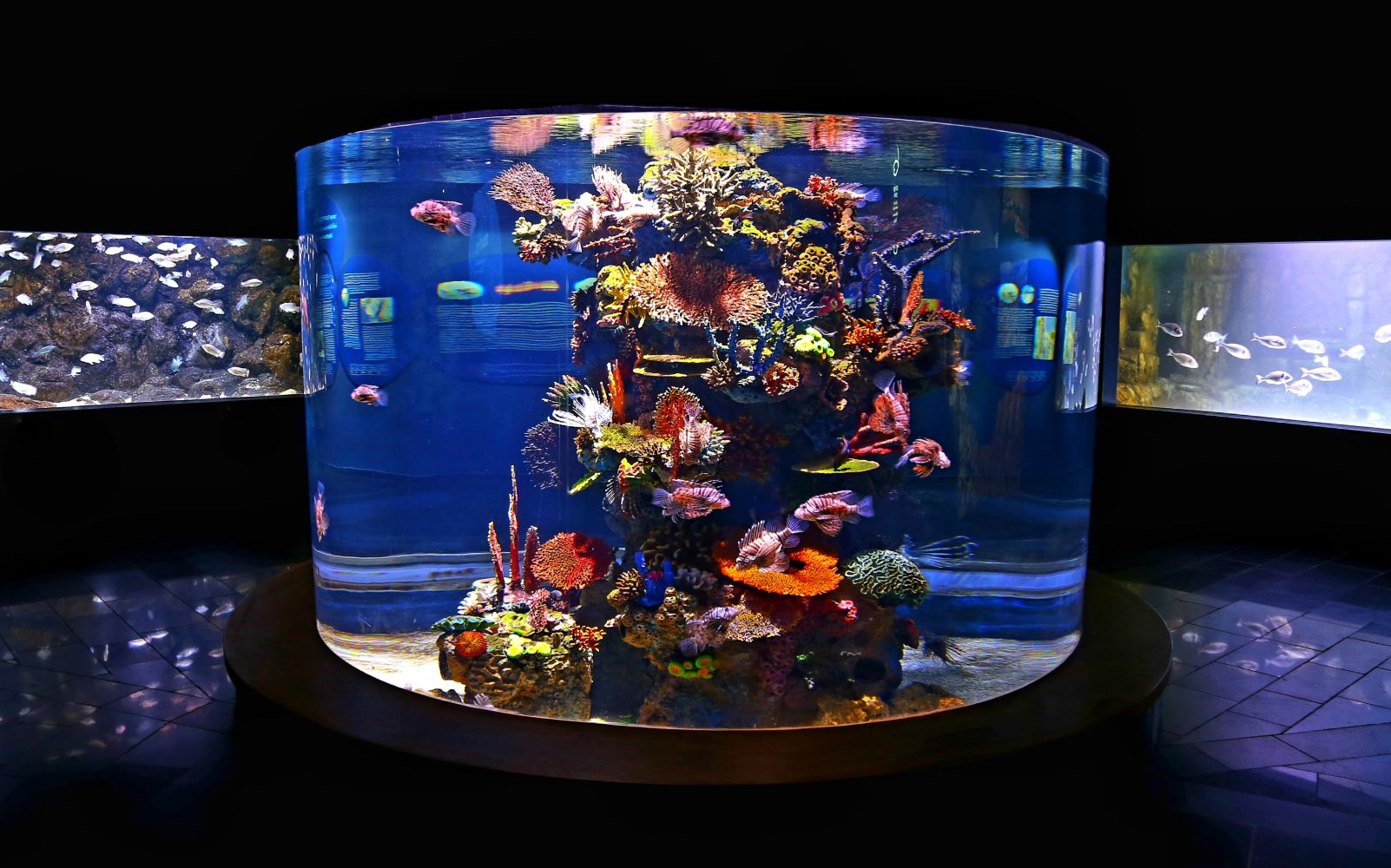 Some of the colorful inhabitants of the Israel Aquarium. Photo by Daniel Aloni

Meni Cohen oversees all the volunteer divers at the aquarium. He previously spent some 40 years working at the Israel Electric Corporation, where he tried to balance his work with his passion for diving.

He joined the aquarium not long after it opened in 2017 and has been spending almost every day there since, carrying out work and instructing new volunteers. 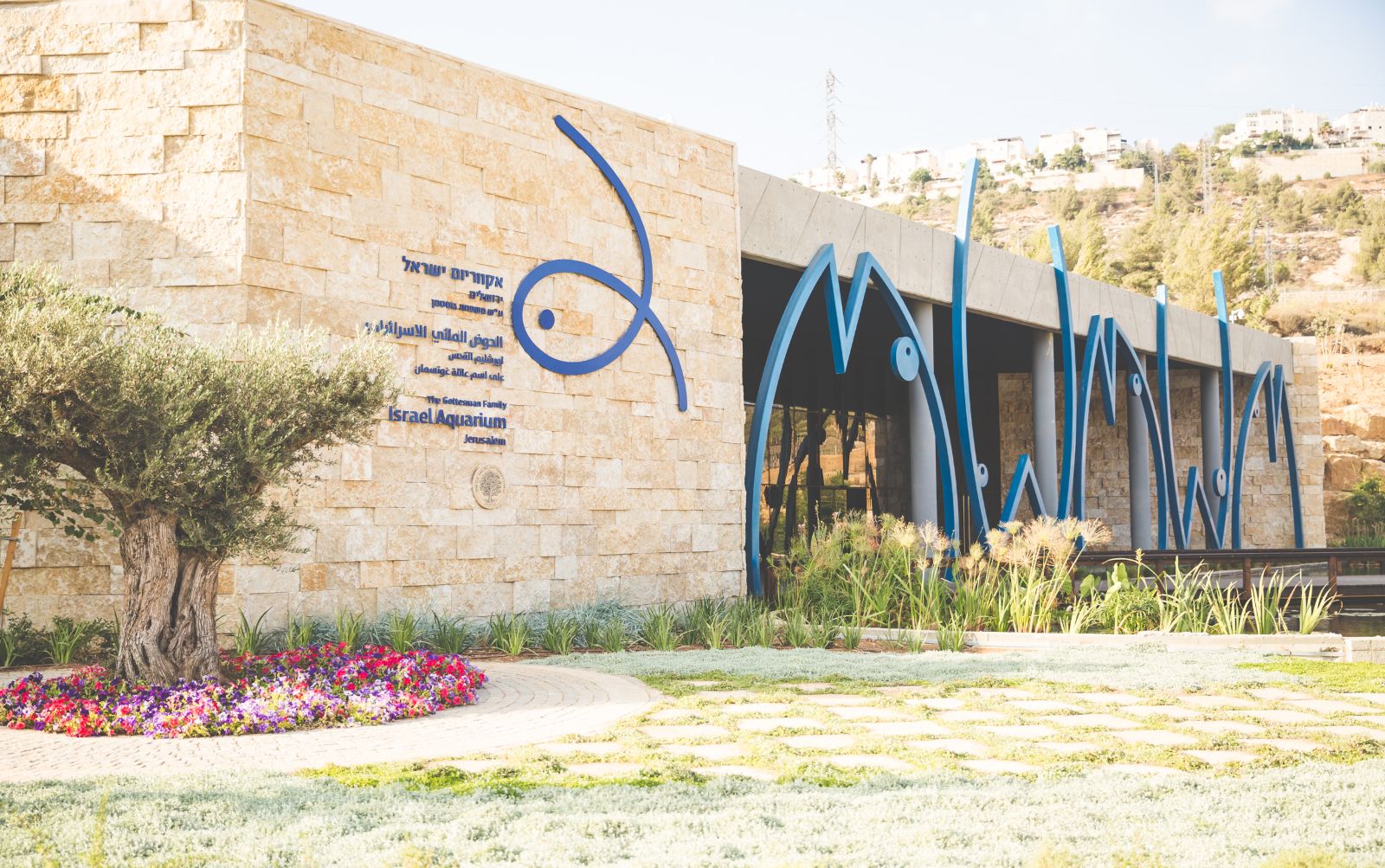 Entrance to the Israel Aquarium in Jerusalem. Photo by Daniel Aloni

“I love this place. I adore it. This place was made to fit me,” he declares. “Now I can be underwater every day, for the whole day, right near home.”

Cohen commands a crew of some 60 volunteers who work alongside the small aquarium crew. They conduct around 20 dives a week using regular or scuba gear. Mostly they carry out tasks to maintain the tanks and feed the few fish that can’t have their food thrown to them from above.

The aquarium is comprised of 33 different-sized tanks holding hundreds of fish that represent Israel’s diverse maritime environment, focusing on the Mediterranean Sea and the Red Sea. 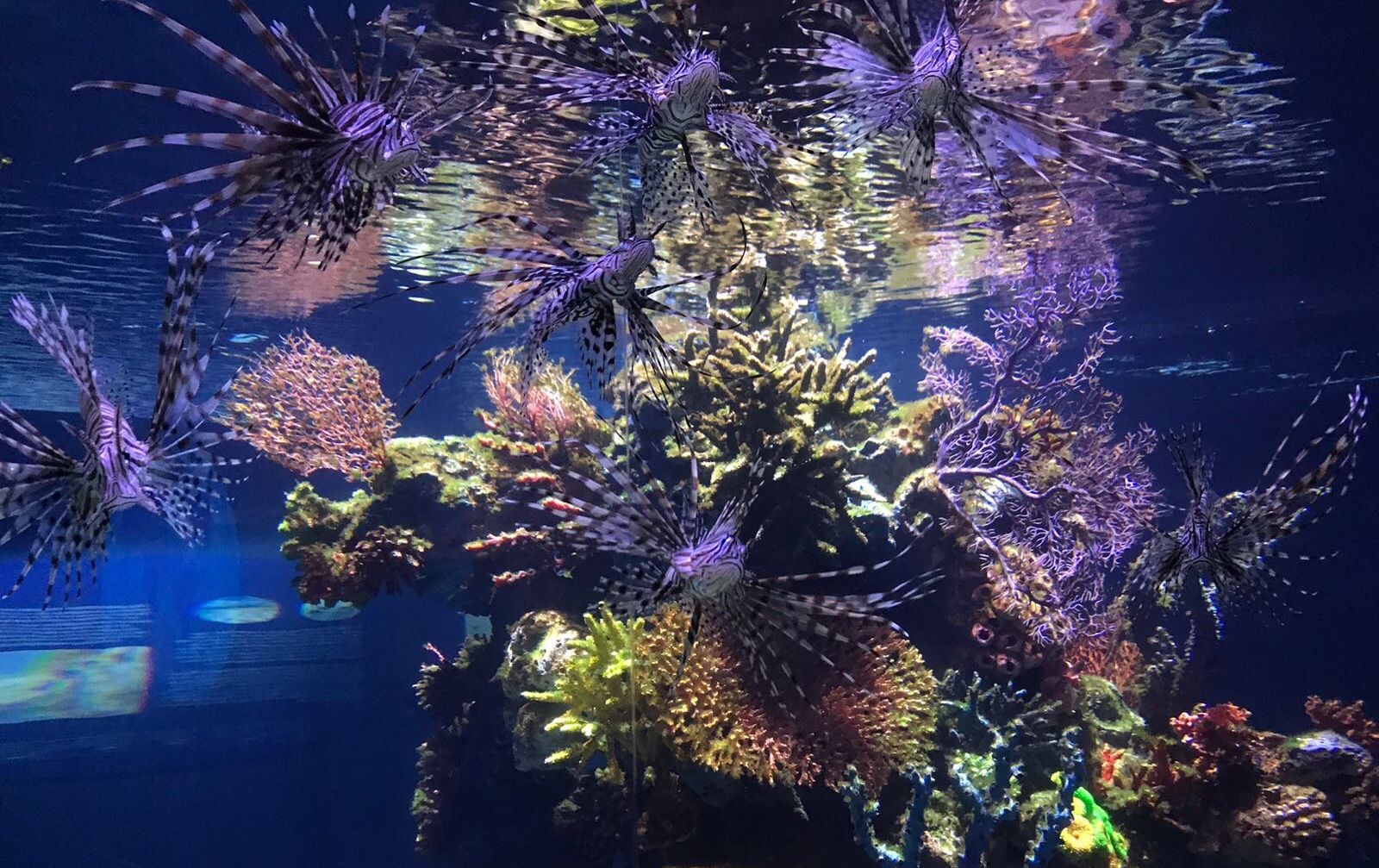 A lionfish usually found in the Red Sea swims in the Jerusalem aquarium. Photo by Shai Ben Ami

Each of these tanks must be cleaned – the algae that grows on their glass walls has to be removed, artificial corals and other props have to be spruced up and sludge has to be removed. The divers go into all of those, save for two housing seahorses and jellyfish, which are too small to enter.

“It really is an unusual experience,” Cohen says. “There are dives that can last up to two and a half hours, but an average dive takes around an hour and a half.”

Cohen notes that there are differences between outdoor diving and aquarium diving. In the open sea, for example, divers mostly use their legs while trying to remain horizontal. Inside the tanks, they mostly use their hands and need to be heavy to reach the ground.

The diverse tanks mean that the divers also get a diverse experience.

“There’s one tank with turtles,” Cohen says. “The turtles are right there with you. It’s really nice – it’s fun and interesting.”

Other tanks prove more demanding, for example the one housing sharks, including Cohen’s personal favorite, Bonito. Here, the divers dive as they would in the open sea, in pairs that secure one another. 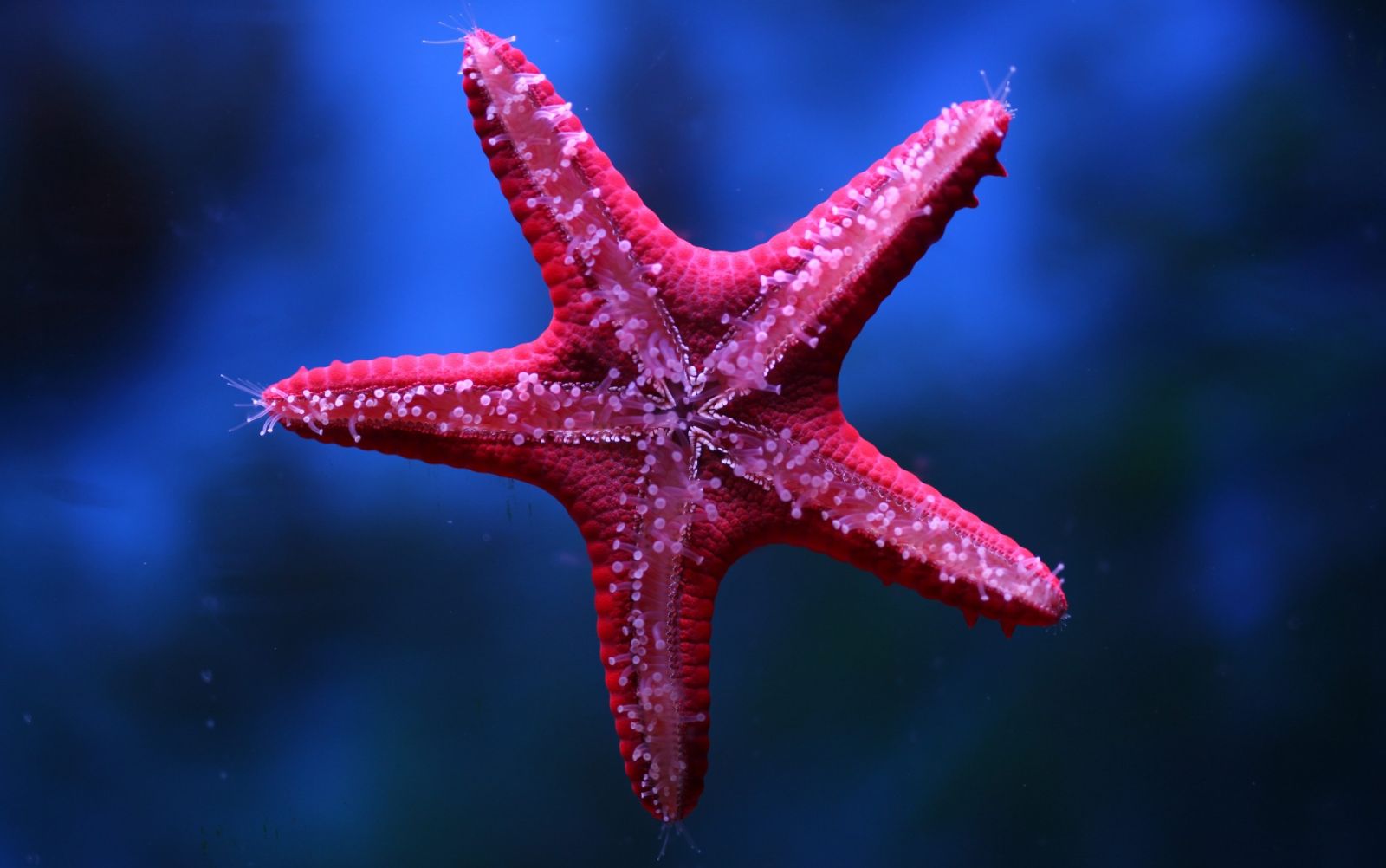 A starfish at the Israel Aquarium. Photo by Daniel Aloni

“There are what you could call challenging dives,” he adds. “There’s a very cramped tank where you dive with lionfish.”

Some dives verge on danger, he adds. “You have to be ready for incidents that could happen at any moment.”

While the lionfish, and all the other fish, do not usually attack the divers, occasional bites do happen. Cohen was bit on the hand by the venomous lionfish, an incident he recalls as being rather painful.

“There are bites from certain fish that really like the divers,” he explains. “It has to do with attention; they come and play with the divers. We try not to initiate contact with them but let them come to us, which is really nice for us. And if it isn’t, we gently turn them away.”

Not only do the divers need to be sensitive inside the water, but also while moving from one tank to another.

“The most important thing in the aquarium is to prevent infection,” Cohen says. “There’s a chance you could spread disease from one place to the next.”To prevent this from happening, the divers clean up and change gear between dives.

In regular times, the large pool of volunteer divers divides up the work, but the coronavirus crisis has meant that a much smaller number of them, divided into two separate groups, has been doing all the chores even until the aquarium reopens.