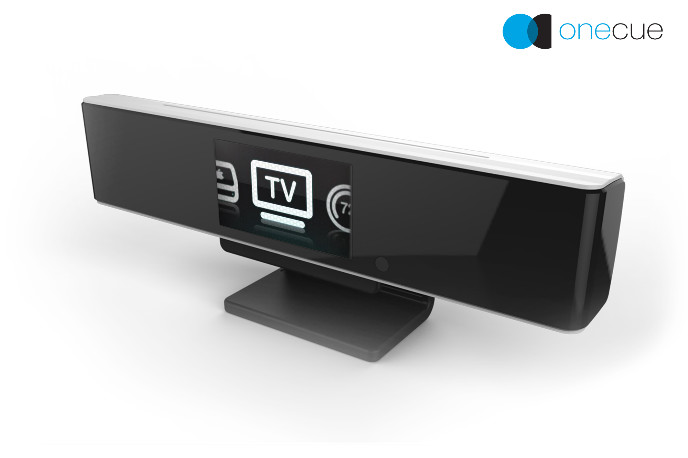 The Israeli company eyeSight Technologies, a leader in the field of computer- and machine-vision solutions since 2005, has just launched a new product that might make the clutter of multiple household remote controls a thing of the past.

Currently compatible with Apple TV, Nest Learning Thermostat, Philips Hue and a number of others, the new gadget — launched at the end of November and listed by CNN as one of 36 “coolest gadgets of 2014” — is a simple tool for today’s “smart” home.

According to eyeSight CEO Gideon Shmuel, Singlecue is actually easier to master – even for those of us who are not technologically inclined – than the remote controls and apps it is replacing. 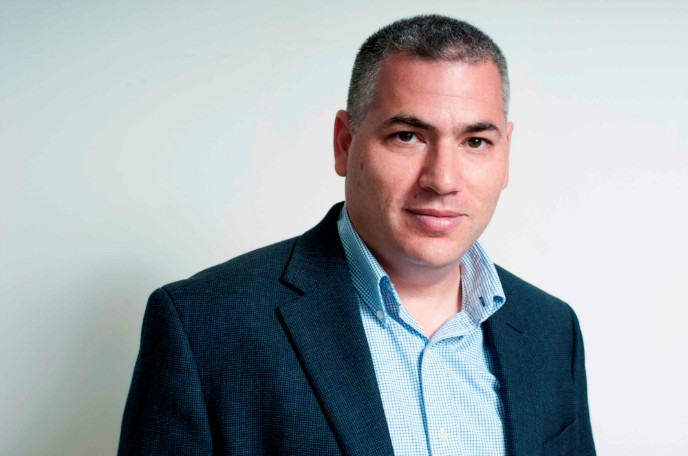 “Singlecue actually simplifies and consolidates the whole command process,” Shmuel tells ISRAEL21c at the eyeSight Technologies offices in Herzliya, while demonstrating how it works.

With the opening and closing of his fist, or a wave of his hand, Shmuel changes screens on his computer, selects a TV station, turns it on, shuts it off – and even lowers the volume with a quick “shhhh” gesture of finger to lips.

Had he communicated similarly with the room’s thermostat, he could have adjusted the temperature. In fact, Singlecue is built to enable users to turn on three separate devices simultaneously, all through the movement of one’s palm and fingers.

Not only that; Singlecue has the capability of controlling devices located in different rooms or tucked away in cabinets. Its technology is so advanced that it does not respond to random hand movements – or those made inadvertently by others in the vicinity – but recognizes the intentions of its user, conveyed by his or her specific gestures.

“The level of identification is extremely high,” says Shmuel, pointing to the advanced software for which eyeSight Technologies (with a 50-strong staff and offices in the US, Korea, Hong Kong and Japan) is famous.

Shmuel explains that the company came up with Singlecue as a solution to a previously unsolved issue: the lack of interface between the various smart devices that have become standard in many homes as part of the Internet of Things revolution.

“Nobody had sufficiently considered the interaction of these devices,” he says, “or how I, as a user, communicate with my various devices. Today, every phone, computer and other device has its own interface. And it makes no sense for me to have to deal with many different smartphone apps and remote-control devices, and to have to remember what does what and where.”

To address this, Shmuel and his team decided to utilize eyeSight’s machine-vision and computer-vision technology and user analytics to combine the two worlds. Why user analytics? Because, he says, “The most important thing about home automation is the automation.”

His ultimate goal is to enable the complete individualization of home devices, so that one person can enter his house and have the lights, for example, automatically adjust to his needs, while another member of the family can do the same; like individual settings in cars, which automatically adjust seat position and mirror angles according to which person is driving.

“I want my house to respond to me, my family, our movements and actions without having to tell it what to do all the time,” he says.

This is how the idea for Singlecue was born.

“The beauty of it is not only in its small size and sophisticated computer technology, including a processer and camera, infrared, Wi-Fi, Bluetooth and other features,” he says, “but in the fact that though it is built to interface with all new smart devices on the market – such as electric window shades – it can read most devices that already exist in the homes of the average consumer. And it was built without having to invent new hardware.”

Singlecue is to be sold through on-line retailers and mass-produced via a large manufacturer in the United States. Amazon is one company that has taken a serious interest.

For now, Singlecue is available for pre-order at the introductory price of $129 (discounted from the projected retail price of $199) and is expected to begin shipping early this year.