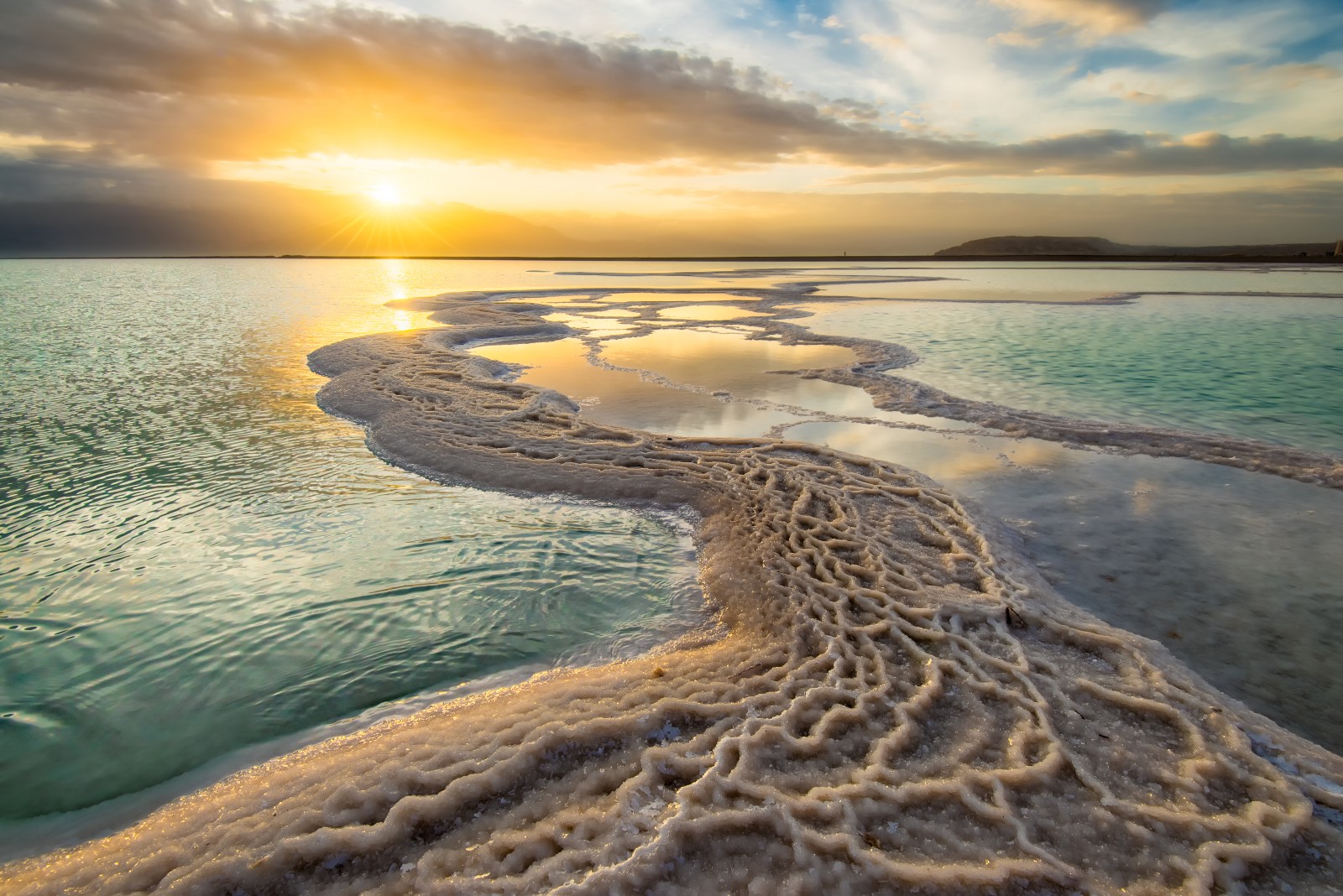 “Salt Veins” in the Dead Sea. Photo by Tzvika Stein of Israel.
#SaltOfTheEarth

Can a magnificent art museum help save the dying Dead Sea?

Dead Sea Revival Project runs photo contest as part of its drive to build a museum in Arad aimed at sparking action for a sea in danger of extinction.

When 1,200 Israelis posed nude at the Dead Sea for American art photographer Spencer Tunick in 2011, project initiator Ari Leon Fruchter hoped the eye-popping images would start a wave of activism to save the unique saltwater lake from environmental extinction. 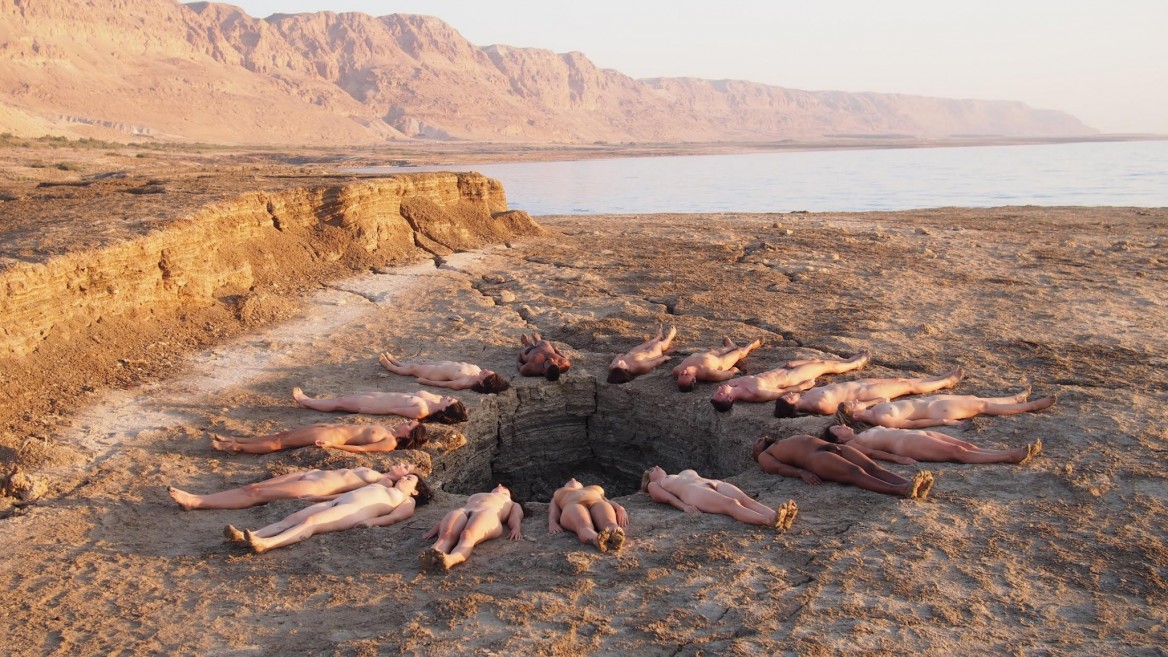 But although “Naked Sea” was viewed by half a billion people, a few years later the situation had only worsened. In fact, the spot where the photographs were taken had collapsed into a giant sinkhole.

The Dead Sea, the lowest place on Earth, is shrinking fast and dramatically due to evaporation and industrial extraction of its minerals. 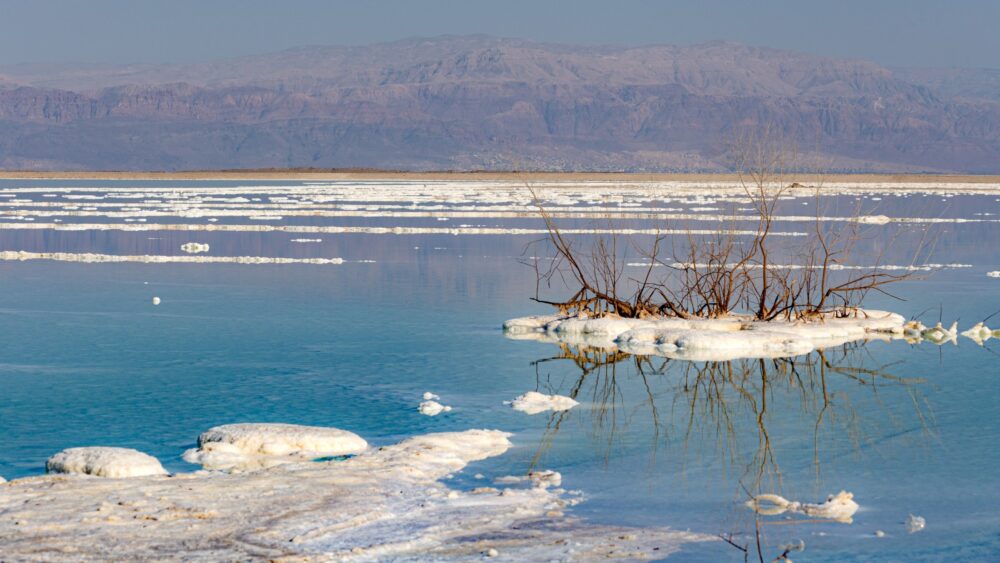 Fruchter learned that if it isn’t stabilized with a steady infusion of freshwater, this ancient wonder of the world will be nothing more than a series of dry sinkholes within 50 years.

“I cannot save it by myself, but I can help preserve it through art,” Fruchter tells ISRAEL21c.

Fruchter partnered with Noam Bedein, who began taking time-lapse photos in 2016 to illustrate the changes happening in the Dead Sea, in launching the Dead Sea Revival Project. 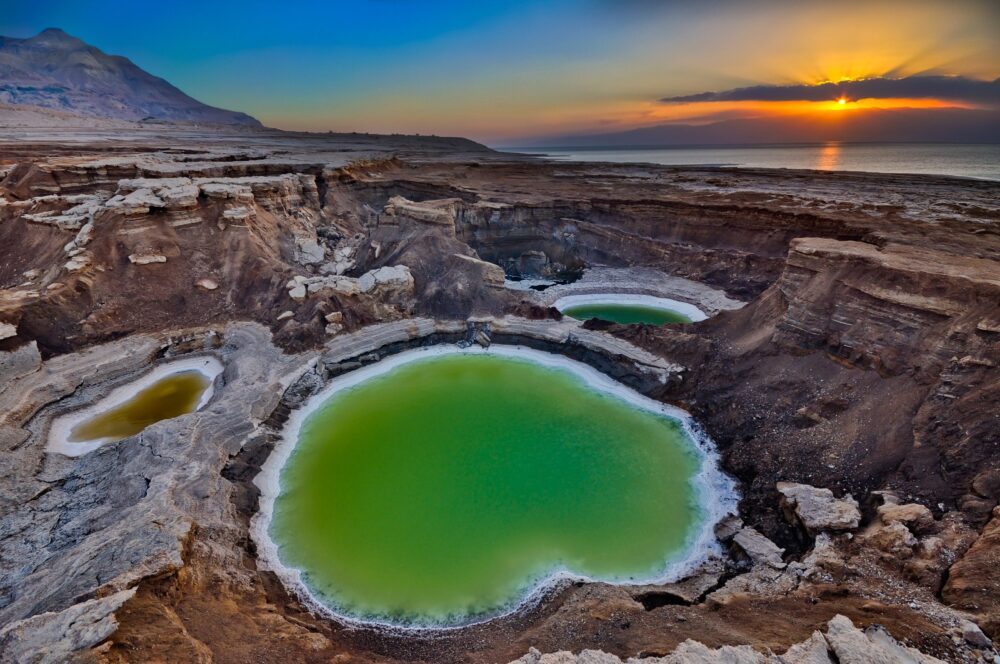 “Triple Sinkhole Sunrise” at the Dead Sea. Photo by Ilan Shacham of Israel 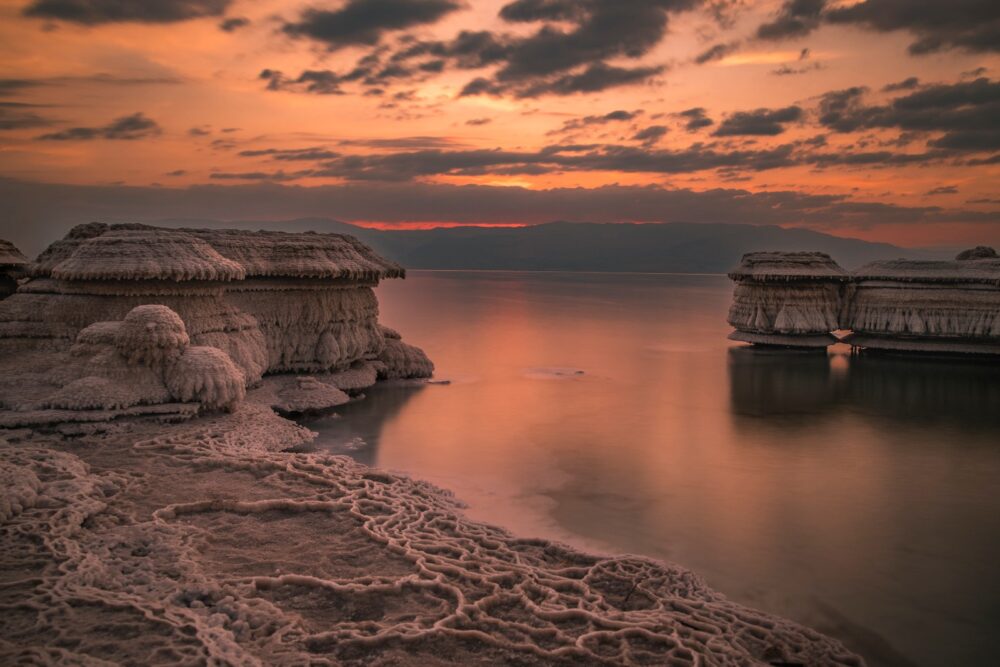 The top 40 of the 13,123 submitted photos from 40 countries — including Jordan, Bahrain, Kuwait and UAE — go on display on Earth Day, April 22, at the Arad Cultural Center and online at the virtual Dead Sea Museum. 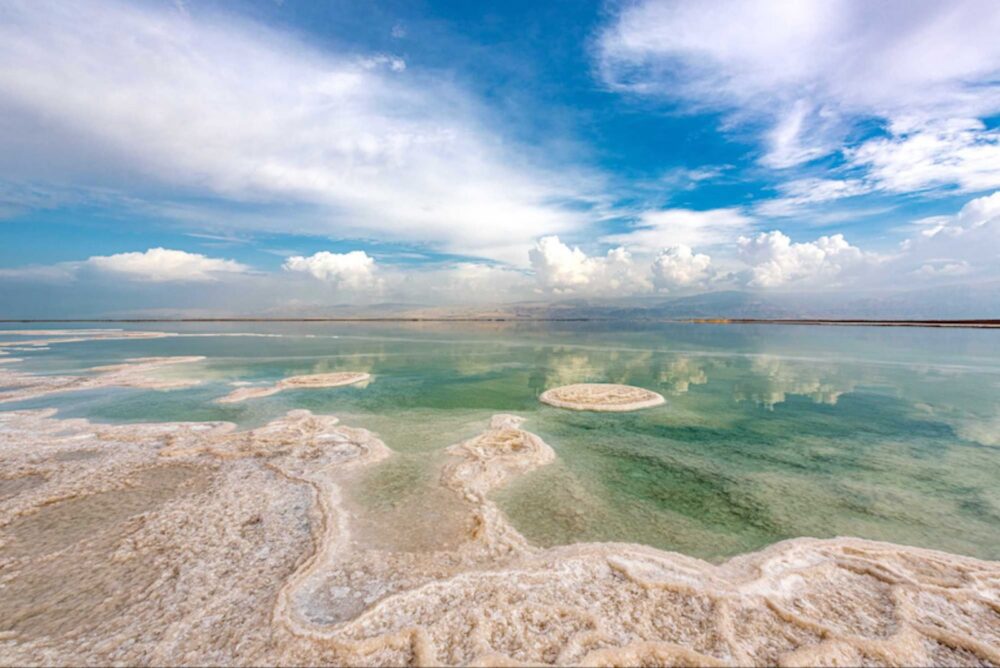 They also helped choose the other images for the exhibition, to be open for a year under the sponsorship of the Arad Regional Council, GuruShots, Epson, Picture Perfect and Prima Hotels.

These images include one by Mario Troiani (Israel), whom GuruShots users voted Top Photographer; and one by Ronnie Turner (United States) chosen by GuruShots users as Top Photo. Some 9,083,102 votes were cast in the contest. 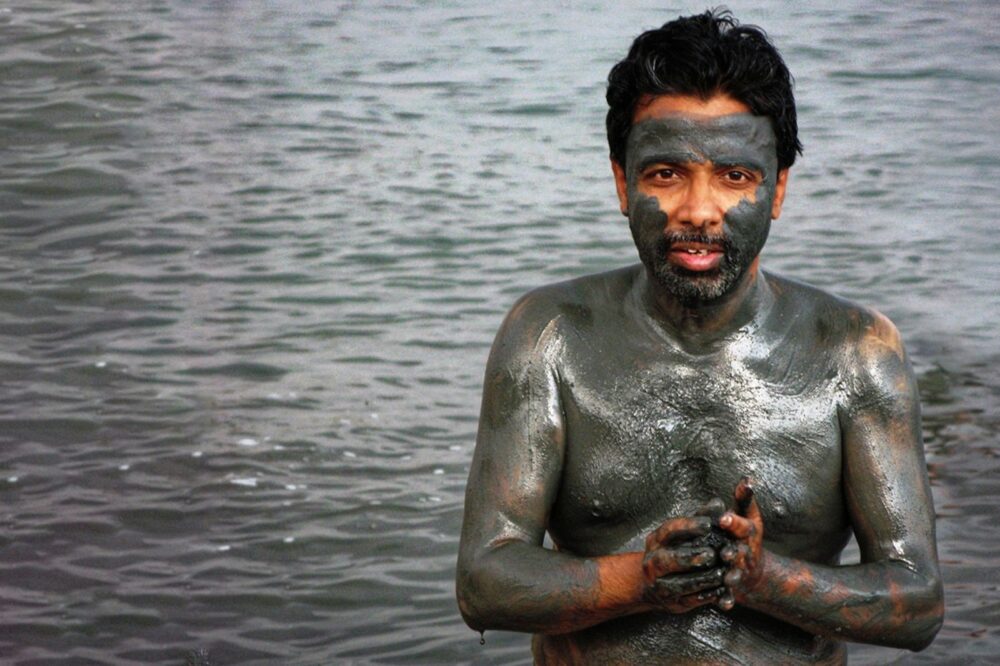 “We were ecstatic and completely unprepared for the mass public support we received for the photo competition,” said Fruchter, “and are now doing everything possible for the world to enjoy these works through a virtual museum and an exhibition by the Dead Sea.” 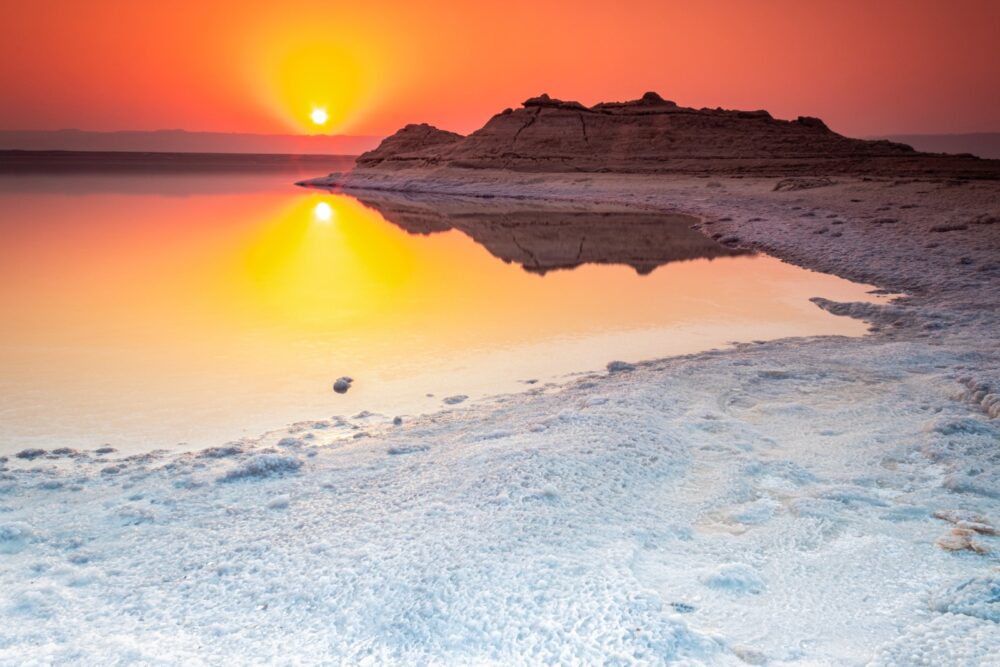 Untitled photo of the Dead Sea by Abed Abdeljalil of Jordan

Museums are in his blood

Fruchter came to Israel in 1997 for a program at the World Union of Jewish Studies, then located in Arad.

Thus began a lifelong devotion to this desert city of 25,000 residents some 25 kilometers (16 miles) west of the Dead Sea. He even named his firstborn son Arad. 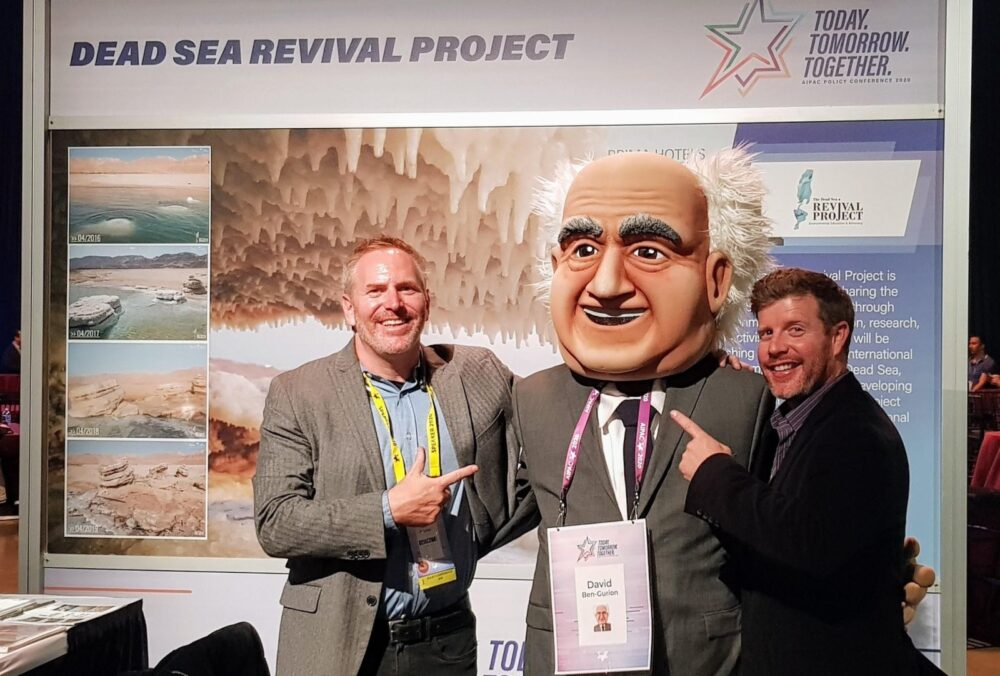 After a detour in Seattle, where he worked for Microsoft, Fruchter and his family moved to Israel in 2007. He took a job at SanDisk and joined the board of the Tel Aviv Museum of Art out of a sense of mission to contribute to society through the arts.

“My great-grandmother’s sister, Charlotte Bergman, was one of the original founders of the Israel Museum,” he tells ISRAEL21c.

Bergman bequeathed her rare art collection to the museum on the condition that she would continue to live with it in a private residence on the museum grounds. There she stayed for nearly 30 years until her passing at age 99 in 2002, when most of her collection was moved to the museum galleries. 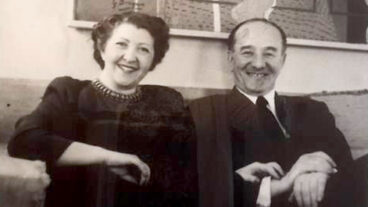 Charlotte and Louis Bergman, circa 1950. Photo by Talmoryair, Public domain, via Wikimedia Commons

The threads of his varied passions came together two years ago in a singular vision: To establish a Dead Sea Museum of Art in Arad.

Dead Sea visitors used to lodge in Arad years before towering luxury hotels were built on the Ein Bokek beach of the Dead Sea – which really is a reservoir for Dead Sea factories, Fruchter relates.

“I feel that an architecturally magnificent art museum will attract Israelis and foreigners. The natural place for this new museum is in Arad because a project of this magnitude could have a huge economic impact on the city.”

Meanwhile, the cultural center is housing the photo exhibition.

“Arad is the natural gateway to the Dead Sea and we are honored to host this international exhibition,” said Arad Mayor Nisan Ben Hamo.

The exhibition also can be accessed for free in the virtual Dead Sea Museum, which Fruchter intends as a forerunner to a building to be designed by the Israeli firm Neuman Hayner Architects. 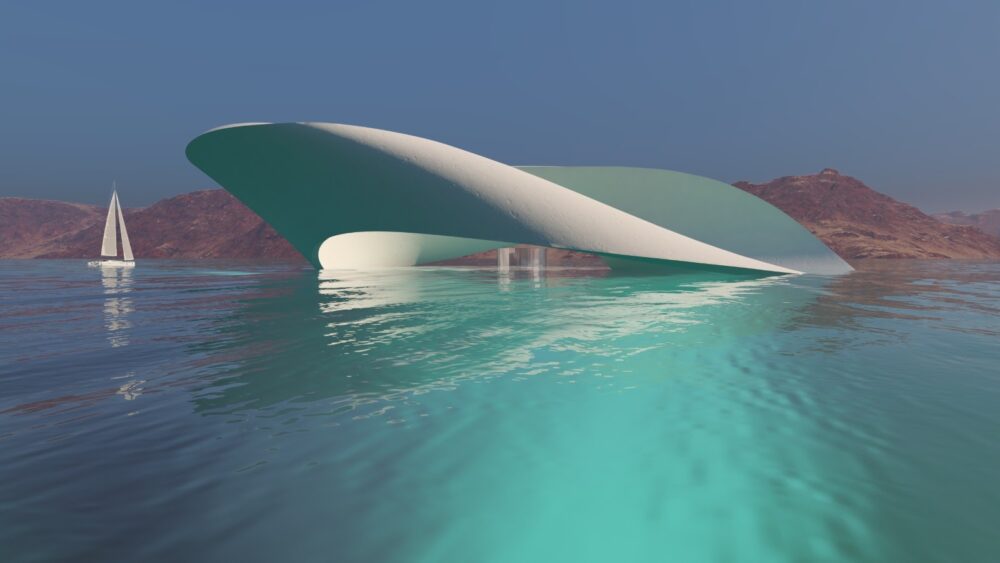 “I’ll get statistics on how many visitors come to the virtual museum and that will help us see if the level of interest justifies the big investment of establishing the actual museum,” says Fruchter, who still works in high-tech while pursuing social philanthropy through the arts.

He hopes the Dead Sea Museum will inspire the action necessary to save his beloved sea.

“We are facing reality and making something beautiful of the situation,” he concludes. 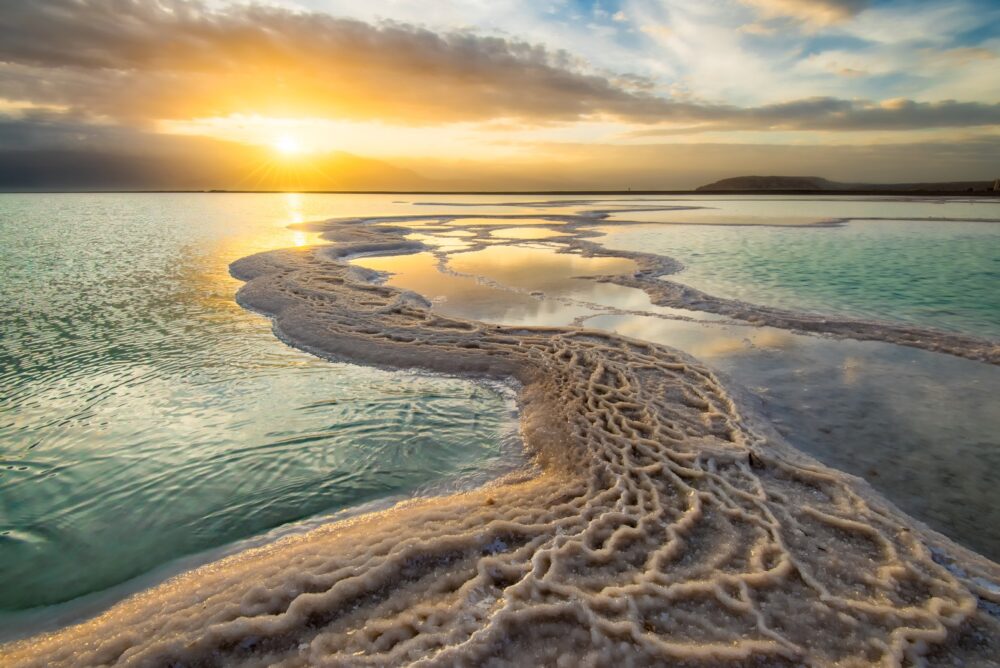 “Salt Veins” in the Dead Sea. Photo by Tzvika Stein of Israel.
Give
Every
Month
Help ISRAEL21c uncover
the Israel we love