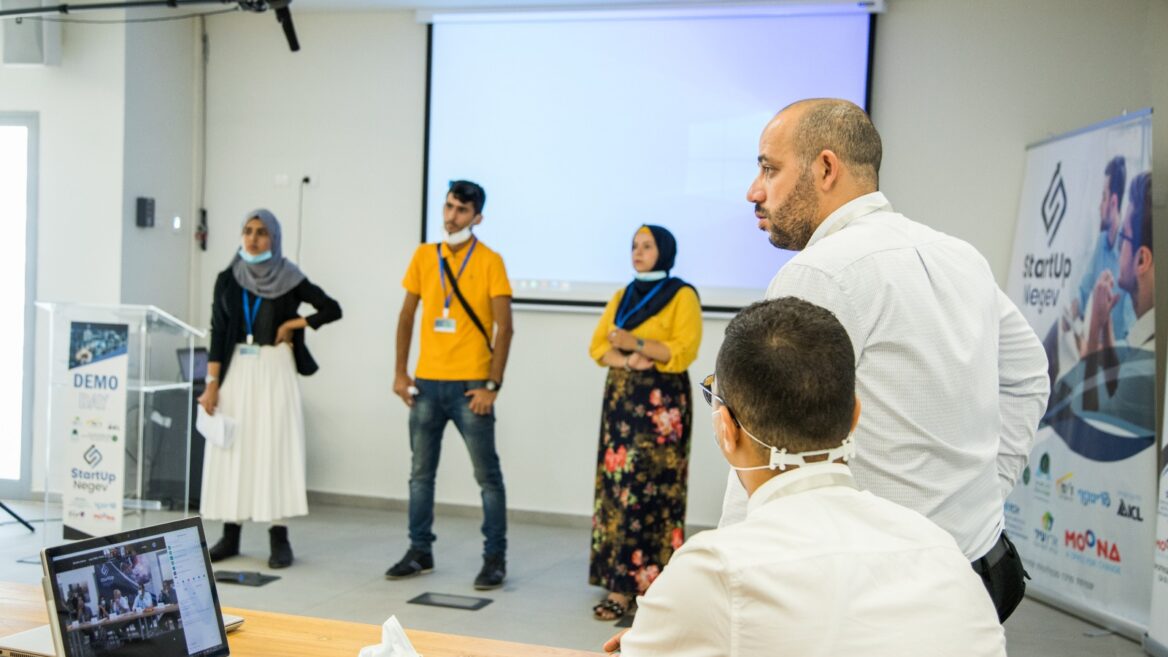 Participants in the Startup Negev tech accelerator present their projects on demo day. Photo by Snap! Special Needs And Photography

Israel’s reputation as Startup Nation is no doubt justified, with the innovation, creativity and entrepreneurship that characterize its tech scene.

But not all of Israel is party to this astounding success, particularly its minority communities and those living in its more remote corners.

The Bedouin, for example, tick the above two boxes: a minority community that, generally speaking, has a lower economic background, fewer opportunities for success and inadequate infrastructure in the unrecognized villages in the Negev Desert where many of them reside.

And yet, this doesn’t mean that the entrepreneurial spirit and amazing abilities that we’ve gotten so used to seeing around Tel Aviv’s Rothchild Boulevard don’t exist in the Bedouin towns of Rahat or Laqiya in the south.

This is exactly what a new tech accelerator called Startup Negev was established to show and nurture, becoming home over the past few months to southern entrepreneurs intent on effecting change in their community. It was established earlier this year by the non-profit Mata Advanced Technology Center in the Negev and partners, and has just completed its first cycle.

“We’ve been investing for quite some time in startups in the Negev, and I got to thinking that the Bedouin community is at least one third of the Negev community,” explains Gideon Shavit, the chairman of Mata. “They also deserve our attention.” 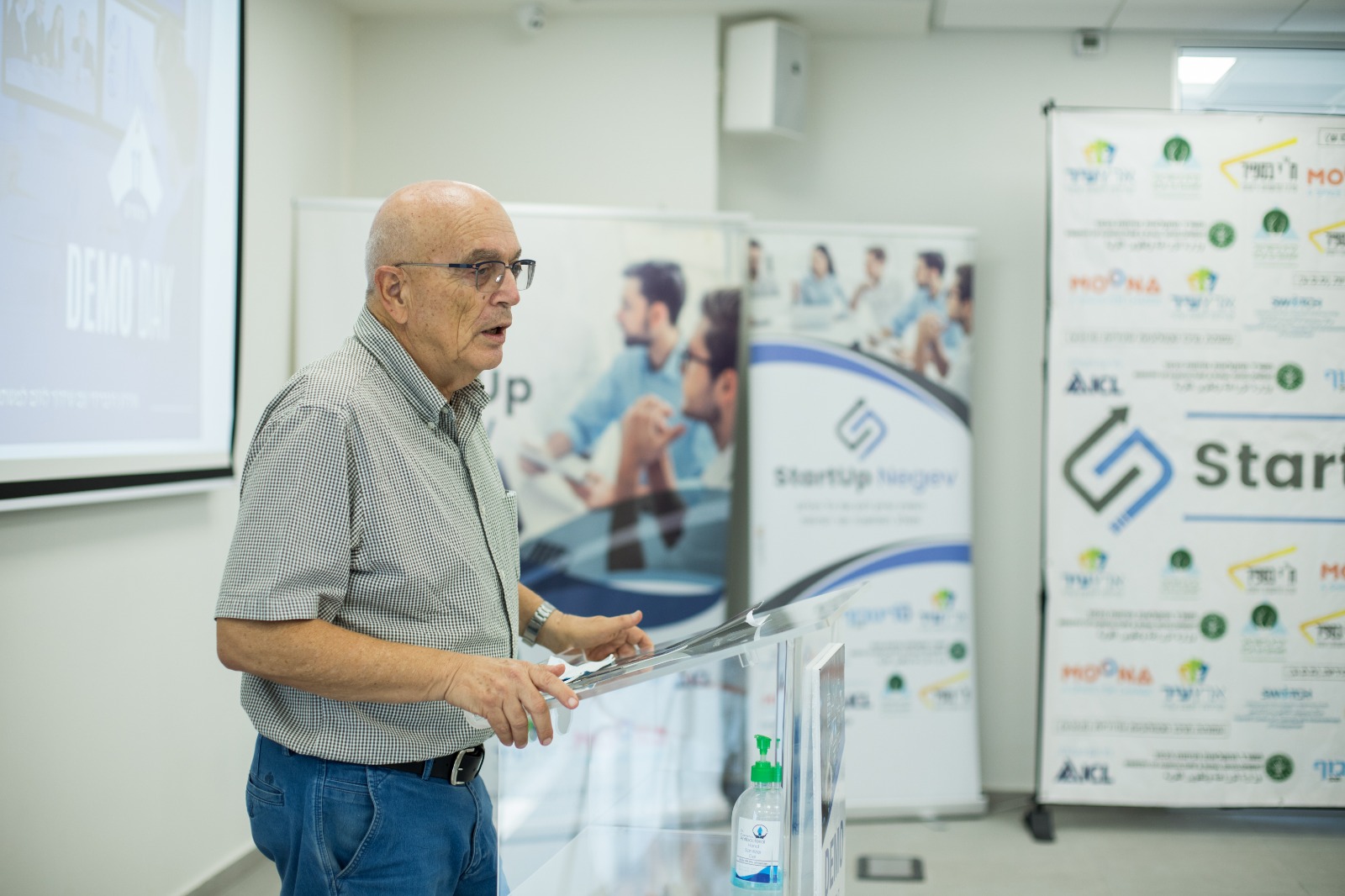 “There are talented young people. The problem is that the education that they receive is not always enough and they’re not given training in technological professions,” he says.

‘It’s time that we think of them like any other community and give them the opportunity and support to integrate into Israeli society. They are Israeli in every way,” he adds. “We support the Negev, so we can’t set aside the Bedouin community; they’re part of the Negev.”

Startup Negev recruited young men and women with varying technological backgrounds from across the Negev. They were divided into 11 teams that met regularly to learn and work on their products in the company of mentors provided by the accelerator. In the end, there was a competition for best product.

“When we started out, the responses were fantastic. I didn’t expect such mobilization,” Shavit says of the participants. “They saw that they really are receiving a lot of knowledge, a lot of experience, and the competition was also a motivating factor because everyone wanted to win.”

The accelerator’s first cycle recently came to an end with a demo day that showcased all the teams’ work, which covered a wide range of fields such as education, accessibility and gaming.

The first-place winners of the competition and the recipients of the NIS 50,000 ($14,668) prize were a team of four: Bedouin father and son Hassan and Naser Elziadna and Jewish couple Yair and Michal Hollander, who created a technological learning platform for young children with learning disabilities to help them with their schoolwork. 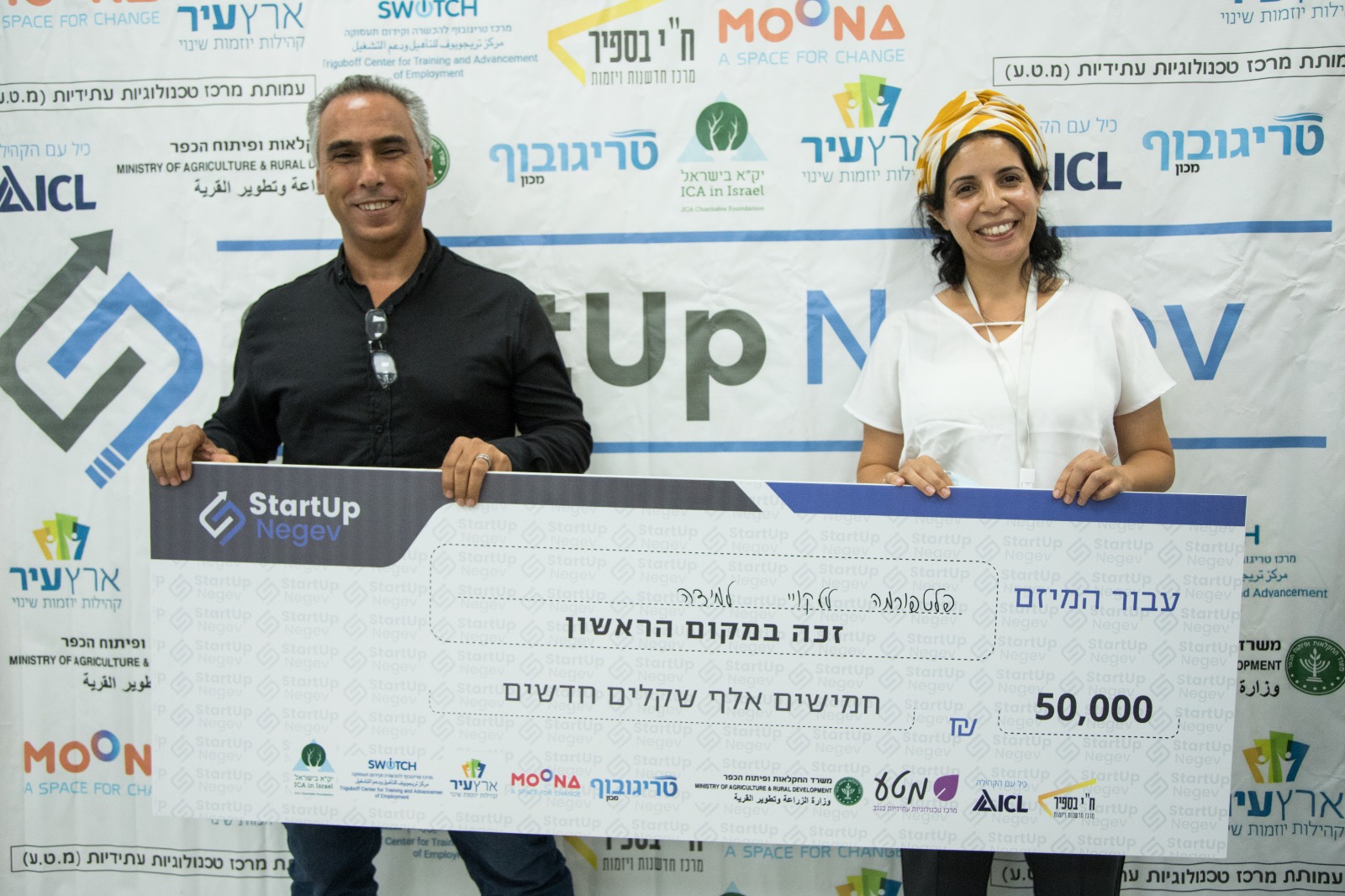 Hassan Elziadna and Michal Hollander receive the prize for their learning platform project. Photo by Snap! Special Needs And Photography

“We’re offering an app that gives a solution to most learning problems and integrates the pupil in a regular classroom and gives a feeling of success, of being part of the class and of being an equal among equals,” says Hassan Elziadna.

Their platform uploads a database that corresponds with the lesson plans being taught at primary school and serves as a kind of private tutor. It can, for example, read out loud texts that the pupil finds challenging, re-read a difficult word and even ask the same question in a different way to help make it more understandable.

Elziadna was one of the accelerator’s more tech-savvy participants, being a software engineer with a 27-year record who’s currently working for CitiBank’s innovation lab. He teamed up with his son, Naser – “a talented guy with lots of love to give to the community,” he notes – and the Hollanders to create the app that they hope to pilot in the next three months and later introduce into schools.

Elziadna notes that the accelerator experience “was very simply incredible. It gave us the tools to understand, to know and to correctly aim in the direction of success.

“I think that this initiative will make the change and bring about the transformation in understanding, accepting and appreciating technology and how important it is,” he adds. “I very much believe that in the next few years we’ll be seeing this transformation, we’ll start feeling it.”

“I believe that within a few years this accelerator will be a key factor in encouraging the development of the high-tech industry in the Negev,” he says. “I promise you that in exactly five years, with 100 alumni in 100 such projects – it will make a difference in the community.”

He envisions that the accelerator’s alumni will become role models in the Bedouin community. “People will say, ‘Hey, if they can do it then so can I.’”