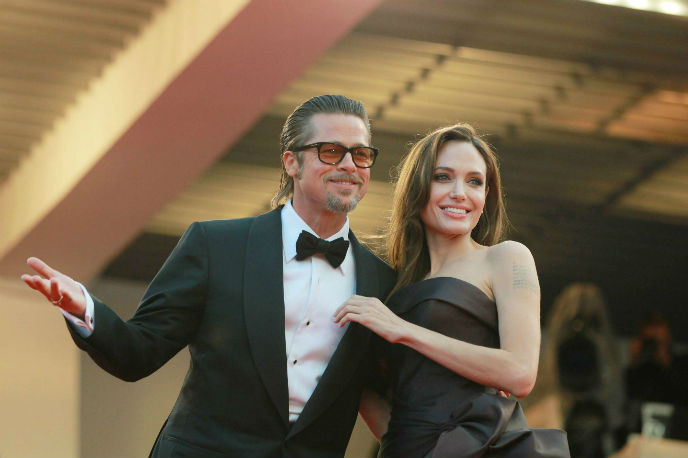 Light on the art, heavy on the martial – Angelina Jolie and Brad Pitt are reportedly learning Krav Maga. Image via Shutterstock.com

Light on the art, heavy on the martial – Angelina Jolie and Brad Pitt are reportedly learning Krav Maga. Image via Shutterstock.com

Angelina Jolie and Brad Pitt have put Krav Maga back on top of the popular fitness trends, as reports of their training in the Israeli martial art continue to swirl. Jolie, who learned the blue-and-white military self-defense sport for her role in Tomb Raider, is now reportedly buffing up with her new husband for their roles in By the Sea.
And they’re hardly the only Hollywood A-listers to turn to Krav Maga. Actress Kristanna Loken used Krav Maga to toughen up for her role of Terminatrix in the film Terminator 3; Charlie’s Angel Lucy Liu also signed up for Krav Maga lessons while training for the Charlie’s Angel movies; as did Jennifer Lopez in the movie Enough, Shannon Elizabeth for American Pie and Jolie for her role as Lara Croft in Tomb Raider, according to IKI Krav Maga.
While P90X, group workouts and twerking may top the fitness trends for 2014, Krav Maga has managed to stay popular.
“Krav Maga is heavy on the martial, light on the art. Krav Maga, due to the way in which it is taught, gives people a very intense workout. America is always looking for a new workout. With Krav Maga they get both a workout and self-defense,” Krav Maga instructor Rolando Haddad told ISRAEL21c in an earlier interview.
The technique, which means “contact combat” in Hebrew, is the official self-defense system of the Israeli Defense Forces and is taught at law-enforcement agencies across the globe.

It’s also seen as a super calorie-burning workout. “Brad has been doing it for 45 minutes a day and has dramatically lost weight and beefed up his muscles for the film,” British newspaper Daily Mirror reported.
According to the article, Brangelina’s six kids are also learning some Krav Maga moves while their parents train. By the Sea will mark the second time Jolie and Pitt share the screen. Previously, they appeared together in the 2005 film Mr. & Mrs. Smith.