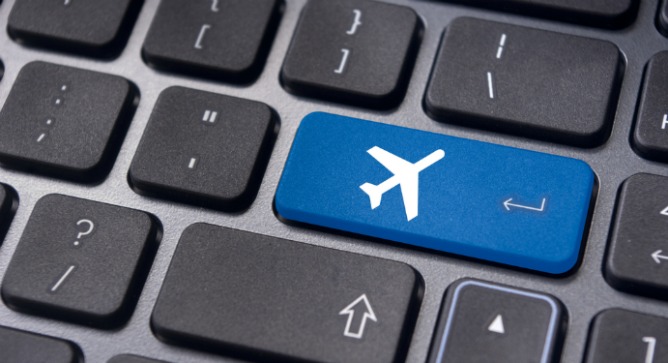 Once upon a time, to buy airline tickets we’d either call our travel agent or dial the airline directly. It wasn’t efficient and it wasn’t cheap. But there was a human being on the other end of the line who didn’t demand that we type into dozens of fields, check this box and that, then choose dates from pop-up calendars before trying to make sense out of pages of results.

A new Israeli startup is restoring a “travel agent-like experience” to the Internet age. Tel Aviv’s Evature is built with technology that helps modern travel websites understand natural language queries. Using Evature, travelers can type (or, on a mobile device, speak), “Book me a flight from Tel Aviv to New York for two weeks, anytime in May, in business class at the lowest fare.”

Evature’s software then translates that free text request into the standard fields a travel site can work with. The website takes it from there. If follow-up is necessary to clarify something, that can be done using an Evature natural language text field, too.

The concept is disruptive enough that Evature took top honors from a group of 30 companies presenting at the travel industry’s biggest tech conference – the PhoCusWright 2011 Travel Industry Summit – receiving the DEMO award for the “most game-changing travel innovation.”

Evature’s affable CEO, Barry Volinskey, explains to ISRAEL21c that he came up with the idea for Evature to address his own frustration. As a long-time frequent flyer who worked as a high-tech business development and marketing executive, Volinskey simply didn’t have the time or patience to do his own online travel booking.

“I just wanted to say ‘get me to Manhattan in time for a meeting Tuesday afternoon,’ and let the agent sort out the whole puzzle,” he explains.

But that often meant forgoing the kind of savings he might find online at an Expedia or Kayak site.

Volinskey says he has nothing against travel agents and that Evature doesn’t aim to dislodge them. Indeed, the company is also working on tools for agents to type in their own natural language queries. 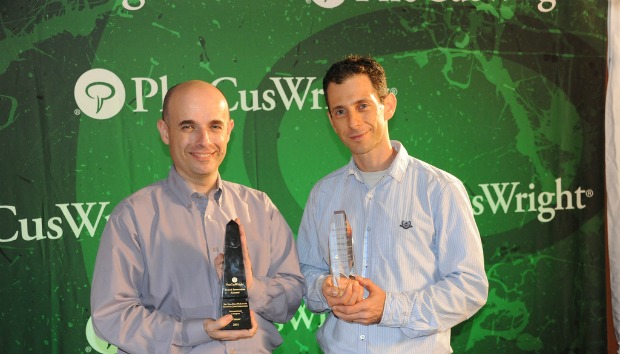 “Travel agents have to study a large number of short codes, which makes training very intensive,” he explains. Evature could help simplify that learning curve.

Evature has its own website, but the company’s main business model is to work with partners. To date, five have been announced: Amargo, a Russian site that sports an Evature free text field at center stage (you can type in Russian, English or Chinese); the UK’s On Holiday Group, specializing in charter flights; as well as Skyscanner, Travelport and iCruise.com. Another 10 or so deals are in the process, according to Volinskey.

Evature’s solid business approach had led to an even more remarkable achievement: The company, which launched only in mid-2010, has already been profitable.

Mobile app on the way

It’s on mobile that Evature is planning its biggest push, as “the small screens of mobile devices make filling in forms even harder,” Volinskey says.

For mobile, the company will be integrating voice-to-text translation technology from third parties, turning Evature into a kind of bridge, using its travel-savvy algorithms to understand a large number of travel parameters (such as which airports go with which city) before passing the data off to the travel booking app.

An iPhone app is in the works but won’t be as convenient: Apple doesn’t allow outsiders to directly integrate with its Siri voice recognition technology the way that Google does on Android. In that respect, Google is both a partner and potential competitor. After all, the search engine giant bought the industry’s leading travel-booking engine, ITA, to provide quick search results for flights from within a Google search page.

But Volinskey isn’t worried. If anything, the ITA acquisition “has created a sense of urgency for the other companies, that they need to become less conservative” and as a result, he believes, more willing to partner with a service like Evature.

Evature isn’t perfect. In our own test, a search for a flight from Tel Aviv to Bali sent us to Calcutta instead. Volinskey insists that the system is 85 percent accurate. And unlike the fabled debacle of Apple’s new Maps product with its sometimes wildly inaccurate directions, web users are not turned off when a Google search goes slightly awry — we simply refine our terms and try again.

There’s no going back to the good old days of free airline meals and movies, but if Evature can return even a modicum of the comfort that talking to a live person to book a flight once provided, it may quickly earn platinum status among today’s cost-saving frequent flyers.