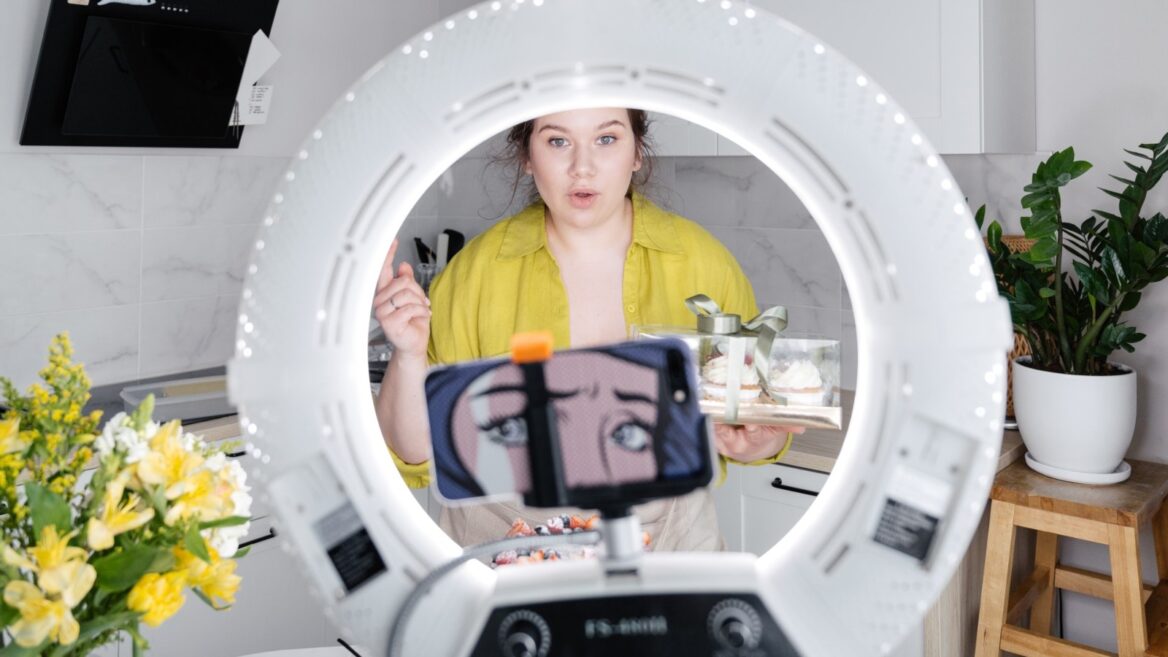 Like every other country, Israel has active social-media influencers on platforms such as Instagram and TikTok. What is different? Often these individuals (whether they choose to or not) are looked upon as representing the country online.

As such, Israeli influencers can play a unique role in swaying public opinion, as we’re currently seeing online during the war in Ukraine.

Online influencers have become a mainstay on social media. Each platform has its own rules, but Israeli influencers bring their own flavor. Many have used social media for advocacy when sharing Israel’s story.

Young Israeli TikTokers and Instagram influencers are doing more than educating, informing and entertaining audiences; they are also serving as unofficial ambassadors to the world. Their content doesn’t just humanize Israel’s citizens, but during crisis time it offers an opportunity to share their perspective with millions of subscribers.

The use of social media is only growing. Statista “estimates that 3.78 billion people use social media worldwide in 2021, and that 4.41 billion will be active users in 2025.”

Regarding daily consumption, “the average amount of time a person spends on social media, globally, is 2 hours and 24 minutes.”

With such a vast audience, Israeli influencers must be aware that with great reach online comes great responsibility.

One could make the argument that celebrities such as Gal Gadot, Natalie Portman, Bar Refaeli, and even former Prime Minister Bibi Netanyahu, were trailblazers given their star power and global reach.

The current crop of Israeli influencers gaining popularity online, however, is the second generation in the digital space.

Most of the content being created on TikTok and Instagram is by Gen Z creators, and to a degree, Millennials as well. Influencers play an outsized role in how Gen Zers define their world view.

If social media is the playground, influencers are the kings and queens of that arena. The latest statistics show that 45% of teenagers follow at least 10 influencers on social media, and that roughly 75% of Gen Zers keep up with influencers online.

One of the most popular Gen Z Israeli influencers is #orzutiextra (Or Zuti) with over six million followers on TikTok and close to 60,000 followers on Instagram.

Many of his videos consist of him pranking innocent bystanders in and around Tel Aviv. But with such a large, engaged following, he helped share Israel’s perspective during the last conflict in Gaza.

As Zuti puts it, “Most of my pranks are in Tel Aviv and for people from Israel, they go extremely viral and show the good of Israel. And with the power of the followers I gain, I manage to show the real side of the situation in Israel.”

A lot of the comedy on TikTok is of the irreverent or self-deprecating type. Short videos of pranks and commentary that Zuti and TikTokers such as #Thezohan48 post are popular, and play to the trending songs or video trends on TikTok.

Israeli comedy being what it is — outlandish, without boundaries, and not for the faint of heart — is well suited for the platform.

Not thirst traps, but empowerment

Images of women in seductive poses can be viewed as a low common denominator on social media. These “thirst traps” do well when it comes to engagement. But aside from racking up likes and questionable comments, they may not be perceived as empowering.

In contrast, some influencers are using social media to share a more literal message of female empowerment. Instagram influencers such as Orin Julie (Queen of Guns) and TikTokers such as Natalia Fadeev (Gun Waifu) have garnered millions of followers. While some of the content could be deemed controversial, this is 2022 and the empowering image promote is popular online.

As Fadeev says, “I did not choose social; social chose me, for real. I got into the social media industry by chance and [it] was not one of my first options.”

She further elaborates, “It all started when I opened an Instagram account and I proudly shared my photos in an IDF uniform along with some stories from military service. Ever since those photos and videos went viral, and with time, I saw my following grow so I decided to take it to the next level and focus more on creating content about Israel, the IDF and guns in general.”

These influencers convey the fact that women serve in combat units in the IDF and present an image of a “#bossbabe” which is not typical on social media. That’s why their content goes viral.

Some have made accusations that this phenomenon objectifies women in the name of scoring points for public relations — but this is a shallow understanding of Israeli culture.

Dating back to the kibbutz movement, the country has strong egalitarian roots with women playing a role in defending and leading (former Prime Minister Golda Meir) the country.

Though probably not looked upon favorably by the IDF, during last year’s conflict in Gaza, pro-Israel soldier TikTok accounts such as #yaelderiofficial (Yael Deri) embraced popular trends and songs while showing a humanized version of the IDF, as only a Gen Z platform such as TikTok could present.

Today, TikTok and Instagram may be the platforms of choice, but new platforms and mediums will gain popularity (such as the metaverse), and the next generation of Israeli influencers will arise and master them.

UNCOVER ISRAEL - Get the ISRAEL21c
Weekly Edition free by email
Sign Up Now!
Bring Israel's story to life.
Millions of people around the world rely on us to gain a deeper understanding of Israel. We are the trusted source for original content you won't find anywhere else.
You can make a difference. Donate today to support journalism that brings Israel’s story alive.
SUPPORT ISRAEL21c
Read more on:   Culture, Technology, social media, Advocacy, influencers