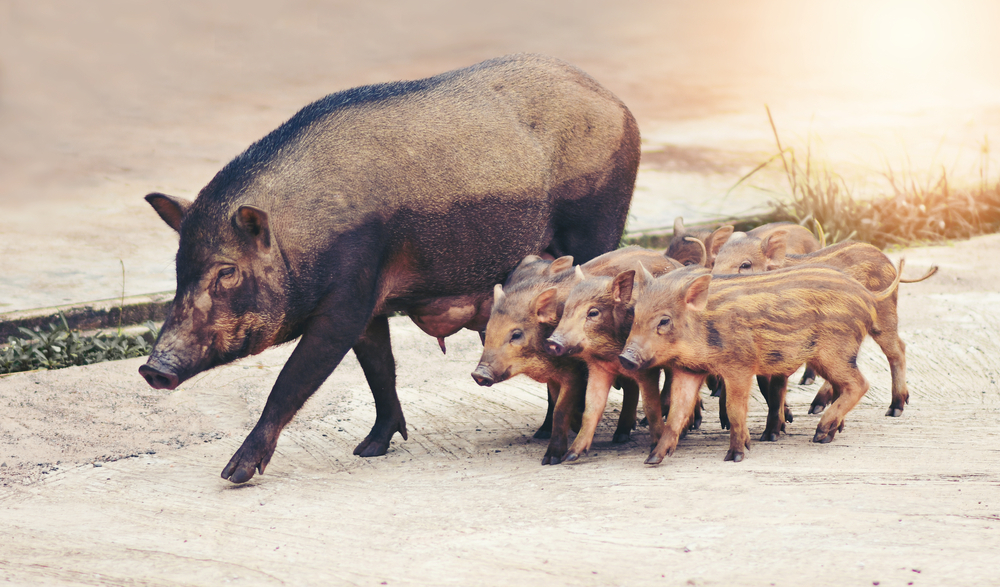 Wild boars have been taking over the streets of the city of Haifa in recent months. (David Dirga/Shutterstock.com)

One Israeli boy recently had what is perhaps the best ever excuse for not doing his homework: a wild boar ate it. Luckily for him, he also had video evidence to prove it and a dad who found the whole episode pretty hilarious.

Ido Kozikaro, an Israeli basketball player and contestant on TV show Survivor VIP, recently posted on Facebook a video showing a wild boar happily eating the contents of his son’s schoolbag to the delighted shrieks and exclamations of the boy and his friends.

“When the kid comes back from school and says he doesn’t have any homework because a wild boar ate his bag and you don’t believe it and then… this,” he posted on Facebook.

In the video, Kozikaro’s son excitedly explains what is happening.

All this took part not in some remote, wooded enclave in Haifa, but rather in the very entrance to the boys’school. It is not the first incident of wild boars leaving nature for Haifa’s more urbane environment – over the past months, the city’s residents have been spotting boars on roads, pedestrian crossings, roundabouts, back gardens and even inside a blow-up pool.

The extensive spotting of wild boars in Haifa’s streets during the coronavirus lockdown may have had more to do with their birthing season than with the absence of humans walking about.

Previously, Haifa’s city hall employed hunters to keep control of the roaming boars, but these were more recently replaced by volunteers who gently shoo the animals away, as well as by preventative measures such as fixing down garbage cans.​