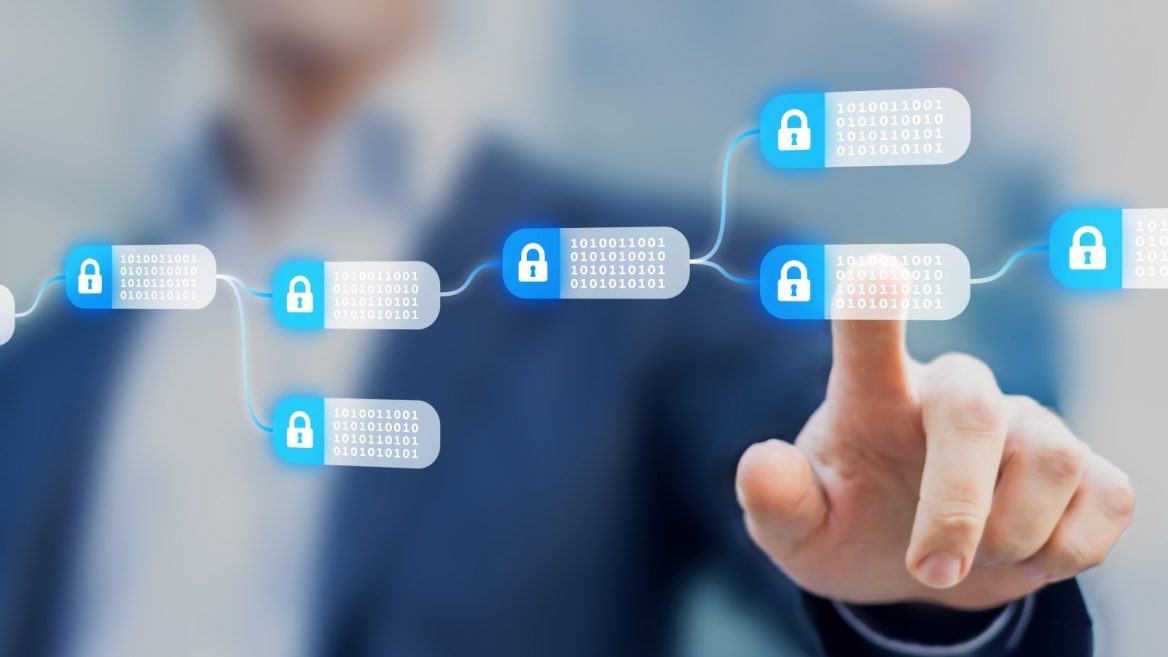 If the word “blockchain” isn’t in your vocabulary yet, it’s only a matter of time, says Gil Devora, cofounder of The Floor fintech and cybertech innovation platform headquartered at the Tel Aviv Stock Exchange.

“Blockchain makes it possible, for the first time, to transfer real assets through the Internet and not through third parties,” Devora tells ISRAEL21c. “I believe in 10 years it will be in every household.”

Blockchains are peer-to-peer distributed public or private ledgers where digital data and transactions are recorded and stored in linked encrypted “blocks” instead of a central database. The data lives across a diffuse network to which all users have equal access.

The main advantages are better security (think of all the catastrophic database hacks in recent years) and transparency (no hidden middlemen making money off your assets or transactions).

Blockchains enable transactions using cryptocurrency (electronic cash such as bitcoin) but can be used to record, store and transfer anything from medical records to real estate to intellectual property.

The Floor established the Blockchain Factory in early 2018, managed by Devora with the help of fintech analyst Uriel Ekstein, to find blockchain tech solutions for The Floor’s partners (Intel and Accenture along with global banks HSBC, Intesa Sanpaolo, Santander, RBS, Deutsche Bank and SMBC). 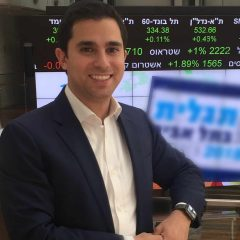 Microsoft, which reportedly is opening a “blockchain academy” in Israel next month, is working with Israel’s Bank Hapoalim on developing a blockchain-based platform for creating digital bank guarantees.

“Banks will eventually be using it for all their services and internal checks they have to do about their clients,” Ekstein tells ISRAEL21c.

The technology needed to power, secure and use blockchains in many different verticals represents a vast opportunity for the startup nation.

“When we established The Floor two and a half years ago, top-tier banks came here looking for fintech and cybersecurity solutions,” says Devora. “In Israel today there are about 500 fintech and 500 cybersecurity companies. One of our banks works with 19 fintech companies, 16 of them Israeli. But at that time there were only about five blockchain companies. Now that number has grown to about 120.”

An international blockchain hackathon organized by The Floor and Intel in March 2017 was won by Bancor, which built a protocol for creating the Smart Token cryptocurrency. Three months later, Bancor raised $153 million in an initial coin offering (ICO). The Floor and its partners decided the time was right to open the Blockchain Factory. After vetting about 50 companies in Israel and in The Floor’s Hong Kong office, they chose a first cohort of three “great teams with big ideas” to cofound, raise capital for and mentor.

The first Blockchain Factory startup is PAI. “What Wix did for the Internet they do for blockchain,” says Devora. PAI’s artificially intelligent bots guide newbies step by step in using blockchain technology.

The second is Nitromia, which offers a secure system to transfer assets on a public blockchain, where transactions normally are transparent to everyone. A personal “key” gives the recipient viewing access to specific details of the transaction for a limited time until the key expires.

The third startup, Teneos, has a beta risk-management technology enabling crypto assets to be used as collateral for loans rather than tangible assets such as a car or house. “Today, opening up the marketplace to offer loans to cryptocurrency holders is a must,” says Devora.

Israel’s blockchain-tech ecosystem is in its infancy, but Devora predicts Israel will become “a master of the blockchain space. I believe many elite IDF technological unit graduates will go into this area.” 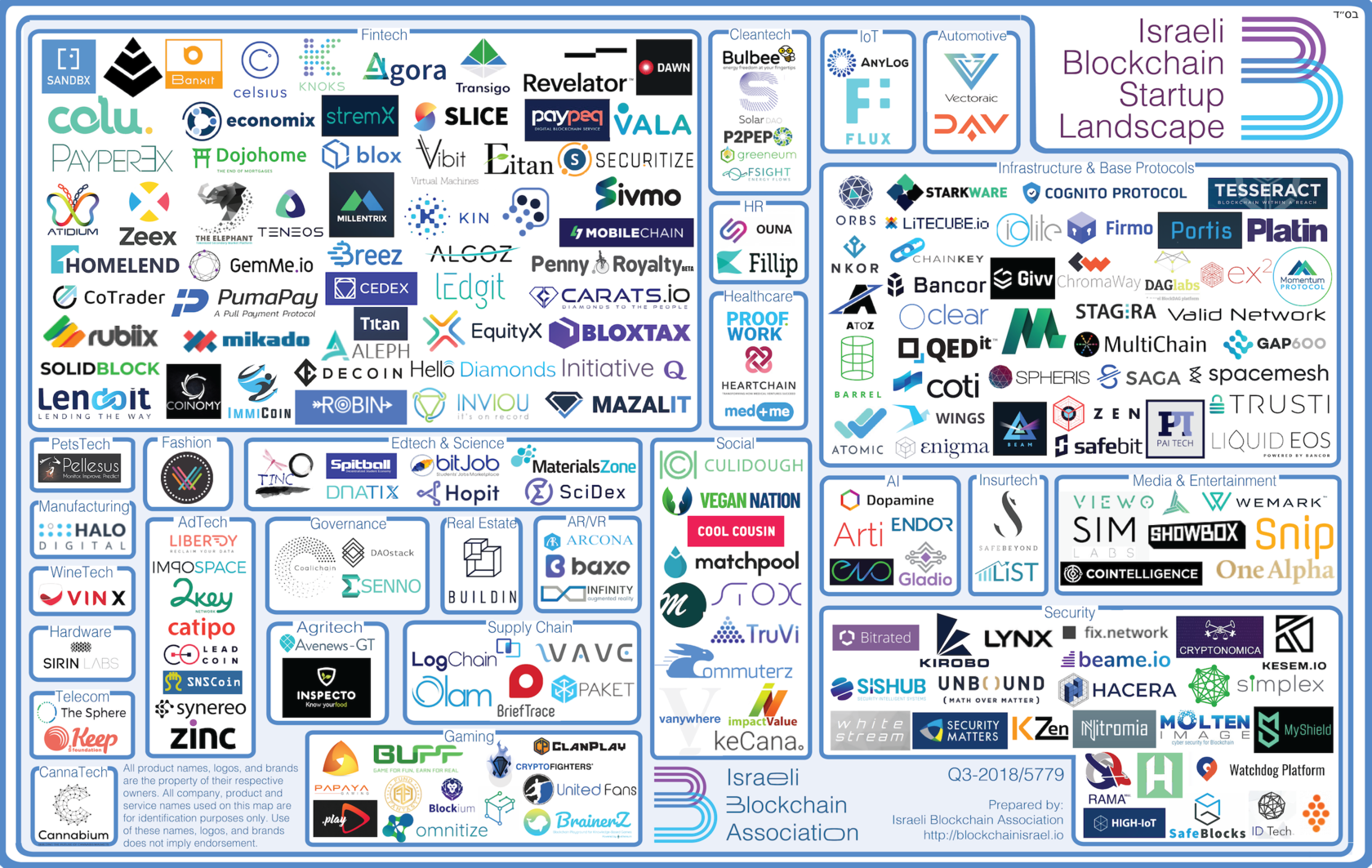 Isaev tells ISRAEL21c that the association is interested in startups planning “the blockchain technology of the future, not as an instrument for fundraising and not only cryptocurrency, which is a use case of blockchain. The goal is to make the world better by solving everyday problems through blockchain, and along the way earn money.”

One example is Jerusalem-based Revelator, founded in 2012 by music industry veteran Bruno Guez.

For years, copyright owners and creators have struggled with how to collect royalties from digital music IP. Revelator developed a cloud-based platform on which users can register large volumes of digital music assets and manage revenue distribution via a “smart contract” application. The transaction is recorded on blockchain rather than through a centralized payment platform. 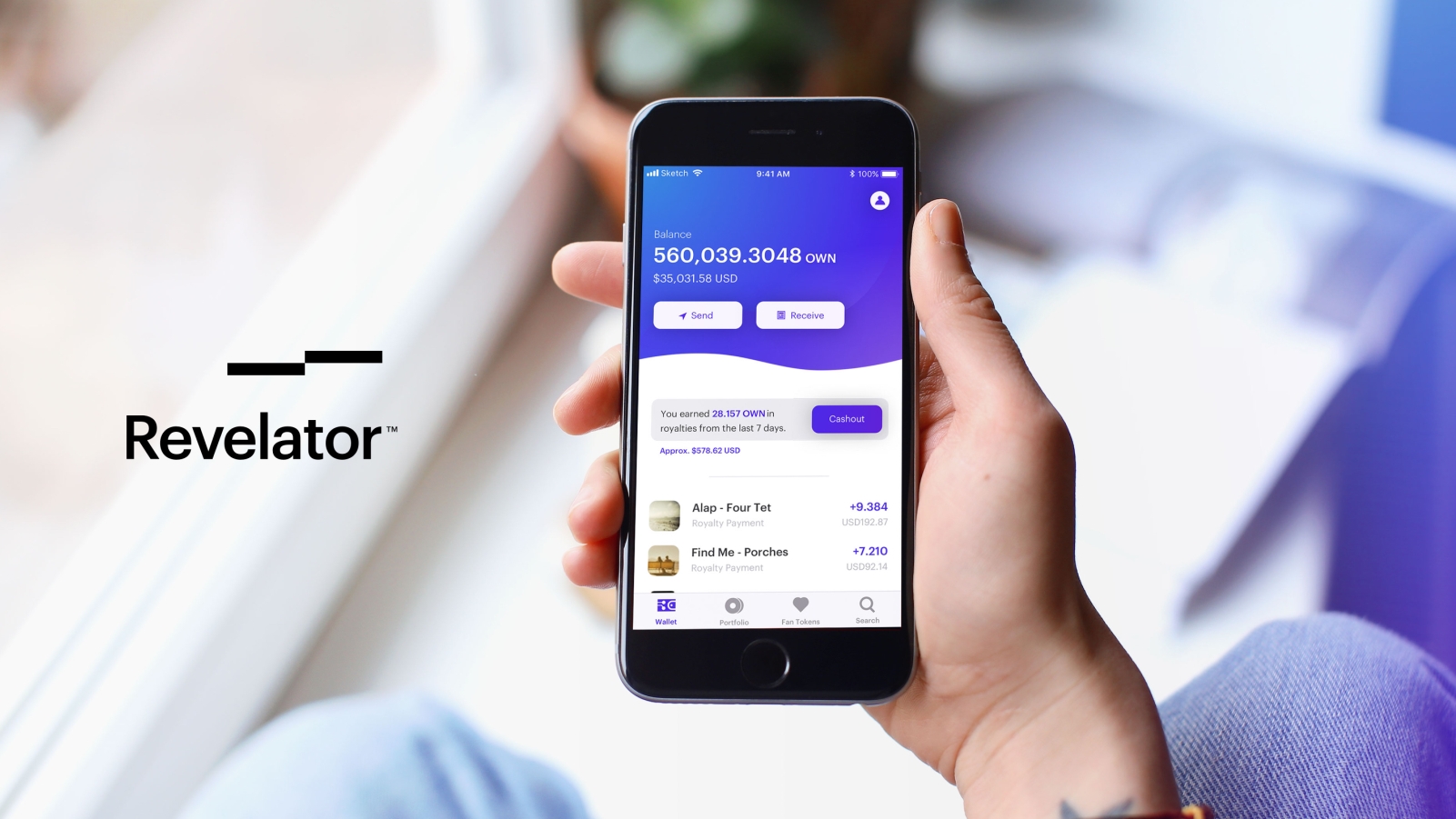 “When someone uploads a song to Revelator, we monetize that content online on Spotify or Apple Music and streamline the transactional reporting by automatically matching and attributing revenue to the song and its creators,” Guez tells ISRAEL21c. “The wallet ID within a smart contract app executes payment directly to the artist when royalties arrive, without any intermediaries delaying the royalty flow.”

Revelator has raised about $7 million and has more than 125,000 contracts in its system. It provides its B2B software as a service and charges 3% of transaction fees.

As of August 2018, Revelator was managing 1.1 million songs and paying 61,000 people royalties every month. By the end of December, Guez expects the payments to be made daily, which would be unprecedented in the business.

“Eventually we’ll move into videos, films and podcasts – any asset that derives revenue from a digital platform,” he says. “Ultimately the next big push will be around exchange-traded securities. Royalties are similar to assets like real-estate investment trusts that have to pay dividends to many people.”

Another example of the diversity of Israeli blockchain technology startups is Colu of Tel Aviv.

Colu has created a local digital wallet app and a network of localized cryptocurrencies aimed to motivate residents to buy local products. The digital wallet app now has 160,000 users and 1,500 local businesses in Tel Aviv and Haifa in Israel and in East London and Liverpool in England.

“We also hope that in addition to supporting local consumption, the new local cryptocurrency will encourage positive civic behavior, such as recycling, through rewards and incentives and consequently enhance the everyday life of a city,” says Colu Chief Economics and Regulation Officer Dana Heller.

The company, headed by CEO Amos Meiri, has raised around $40 million from VCs including Aleph and Spark Capital. 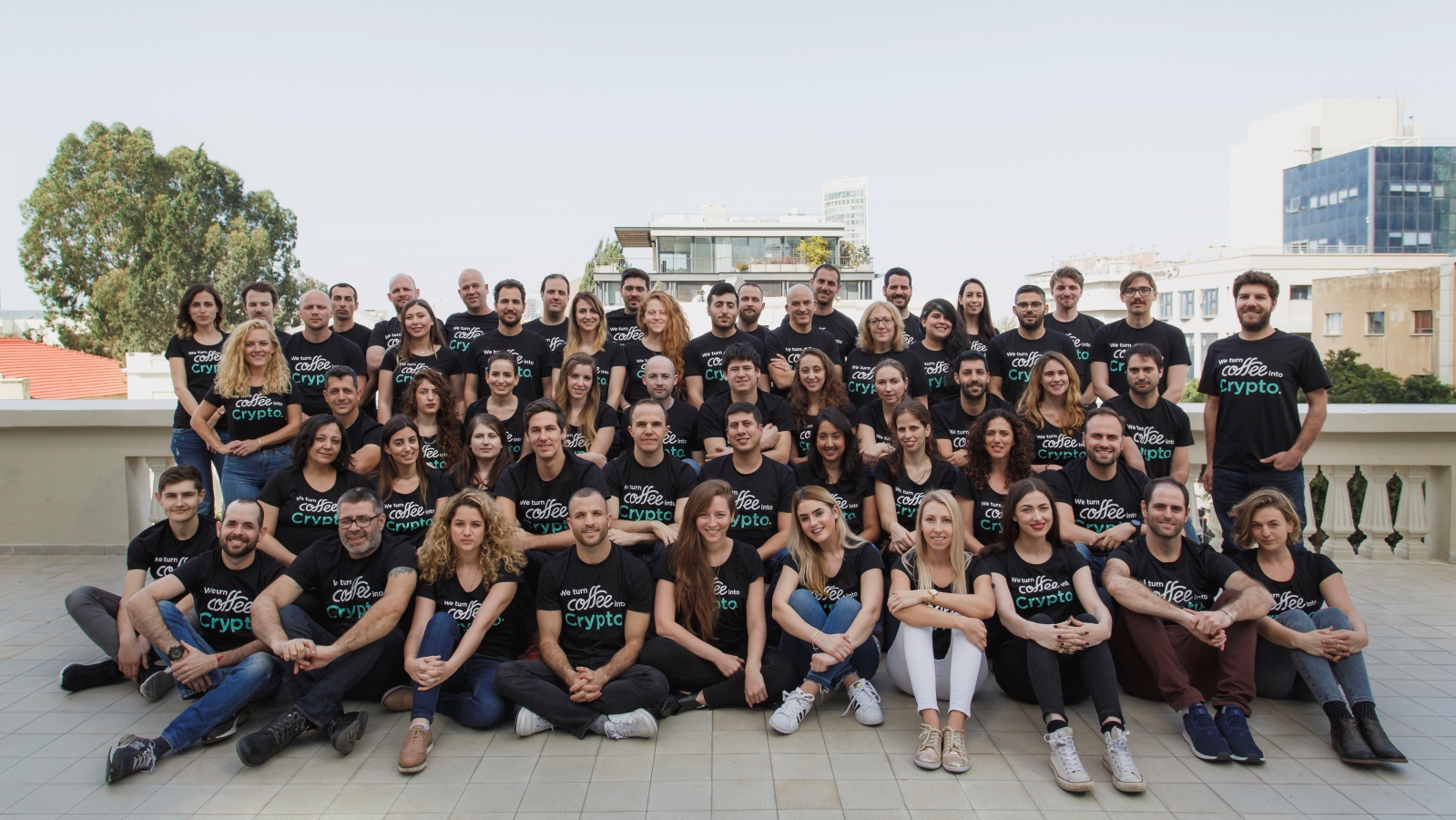 The Colu team in Tel Aviv. Photo: courtesy
UNCOVER ISRAEL - Get the ISRAEL21c
Weekly Edition free by email
Sign Up Now!
Bring Israel's story to life.
Millions of people around the world rely on us to gain a deeper understanding of Israel. We are the trusted source for original content you won't find anywhere else.
You can make a difference. Donate today to support journalism that brings Israel’s story alive.
SUPPORT ISRAEL21c
Read more on:   Technology, Blockchain, The Floor, Israeli Blockchain Association