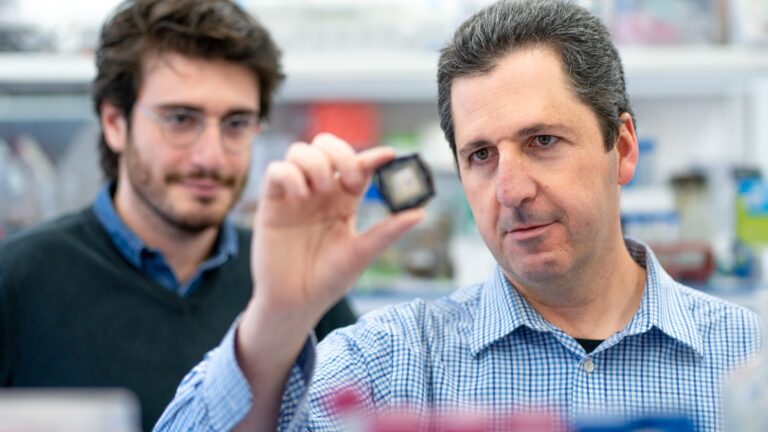 “Human-on-a-chip” technology for rapid drug development without animal experimentation has been introduced by researchers led by Prof. Yaakov Nahmias, director of the Grass Center for Bioengineering at the Hebrew University of Jerusalem and founder of Tissue Dynamics.

The technology itself isn’t new, but Nahmias’s team took it to a new level as described in Science Transitional Medicine on February 24.

They incorporated microscopic sensors in human tissue to enable precise monitoring of the body’s response to drug treatments.

“What makes our technology unique is that it allows us to go beyond what was ever possible with animal experimentation. We are now able to insert microsensors that offer us real-time information on how drugs work and when they stop working,” Nahmias said.

Utilizing this new technology, the researchers showed that a commonly used cancer drug, cisplatin, causes a dangerous buildup of fat in human kidneys. They then combined cisplatin with a drug that limits the kidneys’ absorption of sugar, thereby reducing fatty buildup and minimizing kidney damage.

This application represented the first time that the bionic chip was used to develop a drug protocol while avoiding the traditional dependence on animal testing.

“Drug development is a long and expensive endeavor that is defined by multiple failures,” Nahmias said.

“The main reason for this failure is that clinical experiments are ultimately based on minimal information gained from animal experiments which often fail to replicate the human response,” he continued.

“This groundbreaking technology has the potential to save time, money and certainly unnecessary suffering. Tissue Dynamics continues to develop innovative tools to aid in drug development and we are now moving ahead with clinical testing and working towards regulatory approval of specific drugs as a new way to treat cancer.”