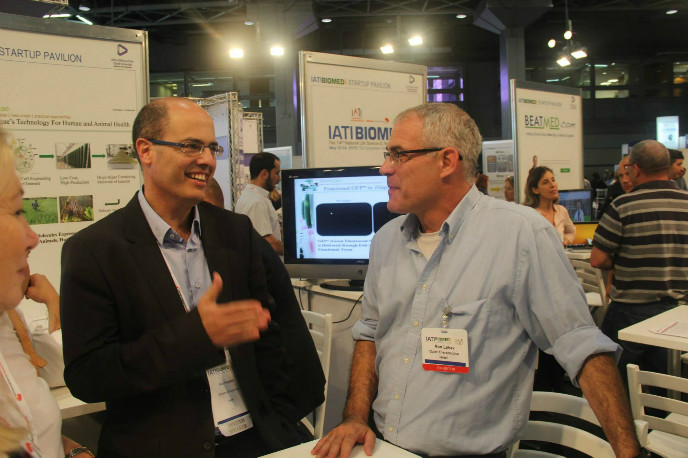 The Israeli biomed field is healthy and robust, thanks to a record year of investments in 2014 and a creative startup community of researchers, engineers and medical professionals.

“This is the biggest and most established annual meeting of the Israeli life-science industry, and as such attracts senior representatives from global companies that search for innovation and groundbreaking technologies.”

Israel’s life-sciences figures show a record 1,380 companies active in Israel today – 53 percent of them medical devices companies, 23% pharmaceutical companies, and 20% digital or mobile healthcare companies, according to a report published by IATI, the umbrella organization of the Israeli high-tech industry. 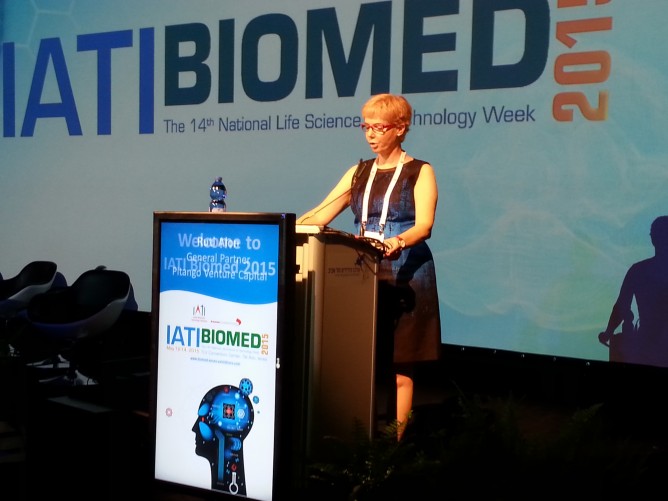 At the Startup Pavilion sponsored by the Office of the Chief Scientist and MATIMOP Israeli Industry Center for R&D, 45 startups seeking partnerships or investments showed off their innovative ideas in the sub-fields of biotech/pharma, medical devices, health IT/digital health and service providers.

Two of the startups shared first place in the pavilion’s WOW Competition: Quiet Therapeutics, pioneer of targeted and safe delivery of therapeutics, based on technology developed at Tel Aviv University and licensed from its transfer-tech arm, Ramot; and Medasense Biometrics, a medical-device company developing a continuous and noninvasive pain-monitoring device, were chosen as Innovative Companies of the Year.

Dr. Ora Dar, head of the Life Sciences Sector at the Office of the Chief Scientist at the Ministry of Industry, Trade and Labor, tells ISRAEL21c that the big trends in the Israeli biomed industry now are immunomodulation (therapeutic interventions aimed at modifying the immune response), cell therapies/stem-cell therapies, and antibody therapeutics for oncology.

“The Israeli biomed industry follows the global biomed industry,” she says. “Whatever is considered to be at the frontline globally, Israel has the technology support.”

The depth of science in Israel, says Dar, is a calling card for the big companies.

Big pharmaceutical companies hunt for smaller firms with new drugs, and Israel is a good place to find them.

“We’re looking for companies that seem to be really aiming at changing the medical world from top to bottom — companies that really understand the medicine of the future, and are headed there,” Dr. Joan Waldstreicher, Johnson & Johnson’s chief medical officer, told Globes.

French pharmaceuticals company Sanofi announced at the conference its appointment of a new Israel scout to find blue-and-white biomed startups. Meanwhile, Novartis, Roche, Pontifax and Samsung already seek out innovations in which to invest in Israel. 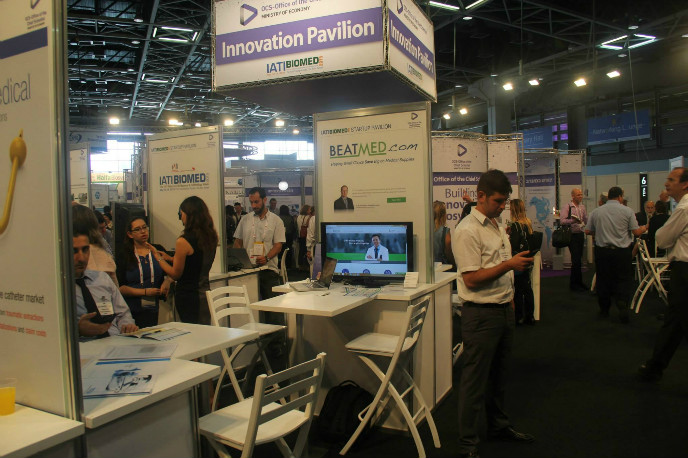 “I think there’s a unique set of conditions here in Israel that makes it a great place for us to invest in innovation,” Tetsuyuki Maruyama, who heads Japan-based Takeda Pharmaceuticals’ research and development team, told The Jerusalem Post.

In 2014, $801 million was invested in 167 life-sciences companies, according to the Israel Venture Capital (IVC) Research Center as published in the IATI report. That number was 55% higher than the $516 million raised by 142 companies in 2013.

“We believe collaboration is essential for Israeli companies and we encourage it,” Dar, of the Office of the Chief Scientist, tells ISRAEL21c.

“I can see the big pharmas coming to Israel to develop solutions,” says Dar. “Israeli science is growing and converging. We need the big pharmas to come and complement our startups.”

Dar says the multinational companies that acquire local companies tend to leave R&D in Israel, and hopes they’ll let Israel manufacture the new drugs as well. “We believe we’ll progress to that,” she says.

While the top industry speakers and hundreds of exhibitors were the main attractions at Biomed, a healthcare IT hackathon took place for the first time at the conference as well. The hackathon brought engineers, clinicians, entrepreneurs, software developers and designers together to come up with innovative solutions to health IT challenges.

The first-place winner was PlaybyBreath, which invented a smartphone game application controlled by breath for respiratory training for ALS patients. “The innovation and creativity of Israel’s entrepreneurs can lead to the development of breakthrough technologies in the field of digital health and health IT that have the potential to improve the lives of millions of people worldwide. The objective of the hackathon is to offer these entrepreneurs a platform to develop their ideas, under the guidance of key Israeli healthcare figures,” said IATI-Biomed co-chair Dr. Benny Zeevi.