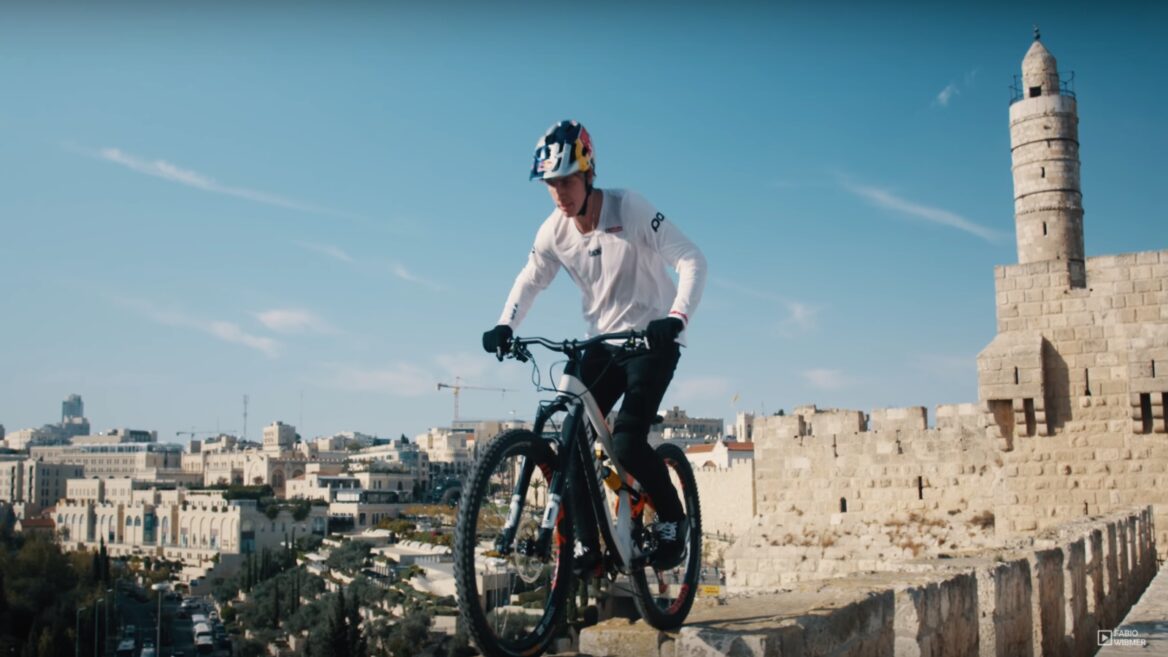 Jerusalem’s Old City walls have seen many things – kings, emperors, wars and peace. But they probably hadn’t seen a wheelie. That is, until now.

The said wheelie was courtesy of professional biker, video maker and social media star Fabio Wibmer, who rode along the ancient stones and other Israeli landmarks as part of his “Israel is My Playground” video tour.

Released on January 15, the video has already garnered over 1.4 million YouTube views.

Wibmer is 24-year-old Austrian biker and professional Red Bull athlete who has a huge social media following: 3.92 million subscribers on YouTube as well as 1.4 million followers on Instagram. On Facebook, considered an elderly app by most of his peers, his page is liked by a mere 337,000 people.

His Urban Freerides videos are hugely popular, receiving many millions of views.

In the six-minute video, Wibmer rides his bike and pulls off tricks against the backdrop of Jerusalem’s Old City, Tel Aviv’s waterfront and Jaffa’s cobbled streets, as well as the unearthly terrain of the Dead Sea and the desert landscape of Masada and the Ramon Crater.

Wibmer was hosted by the Israeli Tourism Ministry as part of its ongoing program of bringing journalists, influencers and celebrities from around the world.