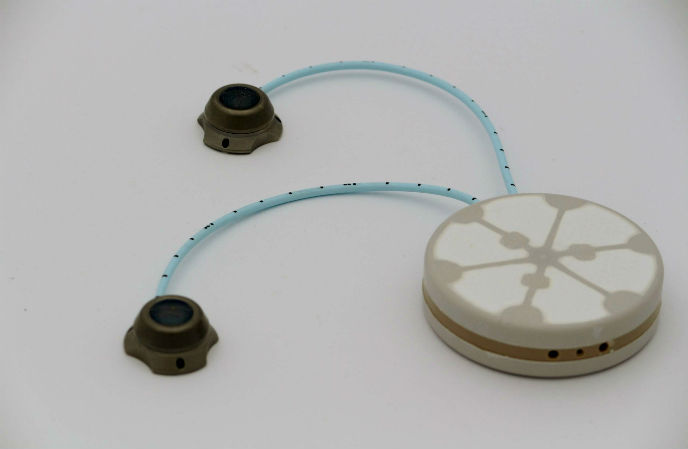 The ßAir bio-artificial pancreas, developed by Israel’s Beta-O2, was recently implanted in the first of eight diabetes patients in Sweden as part of a $1 million pilot human study on this groundbreaking treatment and potential cure for type 1 diabetes (T1D).

Chairman of the Board Dan Gelvan tells ISRAEL21c that the advanced implantable system is science-fiction-come-true for people with T1D, an autoimmune disorder — also known as insulin-dependent or juvenile diabetes – in which the immune system destroys the insulin-producing islet cells of the pancreas.

T1D patients (about three million people in the United States alone) must monitor their glucose and take insulin daily to do the essential job of converting sugar, starches and other food into energy – a task normally handled by about two grams of islet cells.

“Imagine if those with type 1 diabetes no longer had to worry about insulin injections or glucose levels. They could eat what they wanted, exercise as they wished and need not measure every step they took,” says Gelvan, also managing director of life sciences at Aurum Ventures, the company’s lead investor. “This is the future that Beta-O2 envisions ßAir will help to create.”

The technique of transplanting cadaver islet cells into T1D patients has been practiced for nearly 30 years, Gelvan notes. However, patients must take immunosuppressant drugs for the rest of their lives. To get around this problem, several companies have developed encapsulation techniques that protect the transplanted cells from the immune reaction to foreign matter.

Beta-O2’s encapsulation has an added, unique feature that addresses the remaining problem: getting enough oxygen into the encapsulated cells.

“Islet cells are huge consumers of oxygen. If they don’t get enough, they won’t produce enough insulin,” Gelvan says. “This company has taken an engineering approach to finding a way to make sure there is an active supply of oxygen to the transplanted cells.”

People with the ßAir would need to refill the air in the tiny device via a replenishing system with a dedicated injector, once every 24 hours. 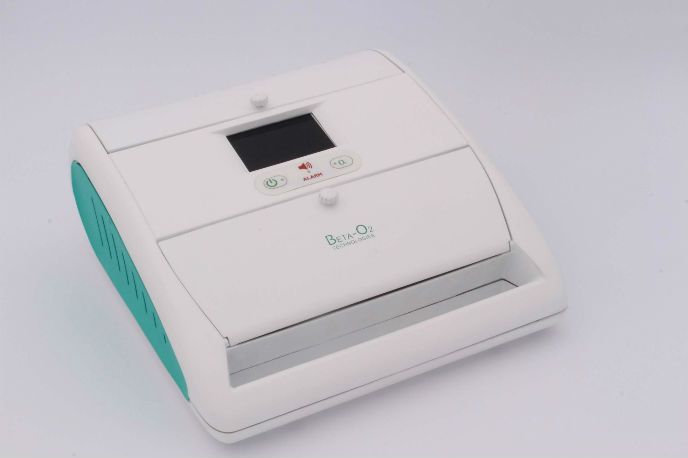 This device delivers the needed amount of oxygen to the implant.

“Ensuring consistent supply of oxygen has been a challenge of many encapsulation systems in the past,” according to Albert Hwa, senior program scientist in the Beta Cell Therapies Program of the JDRF, which awarded a $500,000 grant toward the pilot study.

“Beta-O2 has demonstrated their device can provide long-term immune protection of islet cells in several animal models, and the addition of oxygen helps keep the cells alive and functional, all in the absence of immunosuppression.”

In 2012, ßAir was implanted in a 63-year-old patient in Germany and monitored for 10 months. A report on the promising results was published  in the journal PNAS last year.

The present two-year pilot study, which will enroll eight participants at Uppsala University Hospital in Sweden, will evaluate the safety, survival and function of Beta-O2’s implanted system.

Dr. Per-Ola Carlsson, principal investigator of the ßAir study, said the first implant procedure took less than an hour. “The patient remained hospitalized for four days thereafter for observation and was then discharged. Until day 180 following implantation, the patient will, among other protocol duties, be required to return to the clinic for monthly check-ups. On day 181, ßAir will be explanted from the patient, who will continue to be followed for another 180 days.”

Because cadaver islet cells are not easy to obtain, Gelvan says the company intends to experiment with human stem cells provided by partners companies, as well as animal-derived cells.

“We can do this because the encapsulated islets are immune protected,” he stressed.

As for the lifespan of the implant, he adds: “We don’t know yet how long it lasts, but conventional islet transplants continue to function well for eight to nine years. We hope that because we’ve created a protected microenvironment fed by oxygen, it will last even longer.”

Hwa tells ISRAEL21c that if this proof of concept is successful, “we can envision using other types of islet cells in the device, and perhaps engineering an automated oxygen supply within the device.”

“Ours is a biological device that is meant to restore the original effect of having islet cells, so you have all elements of a functioning pancreas in response to the body’s varying glucose levels,” he says. “We are actually simulating and emulating the functionality of an organ.”

The idea for the novel implant system originated with Dr. Pnina Vardi, director of the Laboratory for Diabetes & Obesity Research at Tel Aviv University. Starting in 2004, she did the initial development along with islets researcher Dr. Konstantin Bloch and serial medical-device inventor Yossi Gross. The company, based in Rosh Ha’Ayin near Tel Aviv, now is run by a professional management group.

UNCOVER ISRAEL - Get the ISRAEL21c
Weekly Edition free by email
Sign Up Now!
Bring Israel's story to life.
Millions of people around the world rely on us to gain a deeper understanding of Israel. We are the trusted source for original content you won't find anywhere else.
You can make a difference. Donate today to support journalism that brings Israel’s story alive.
SUPPORT ISRAEL21c
Read more on:   Yossi Gross, Pnina Vardi, Dan Gelvan, Beta-O2, islet cell transplant, Health, Diabetes