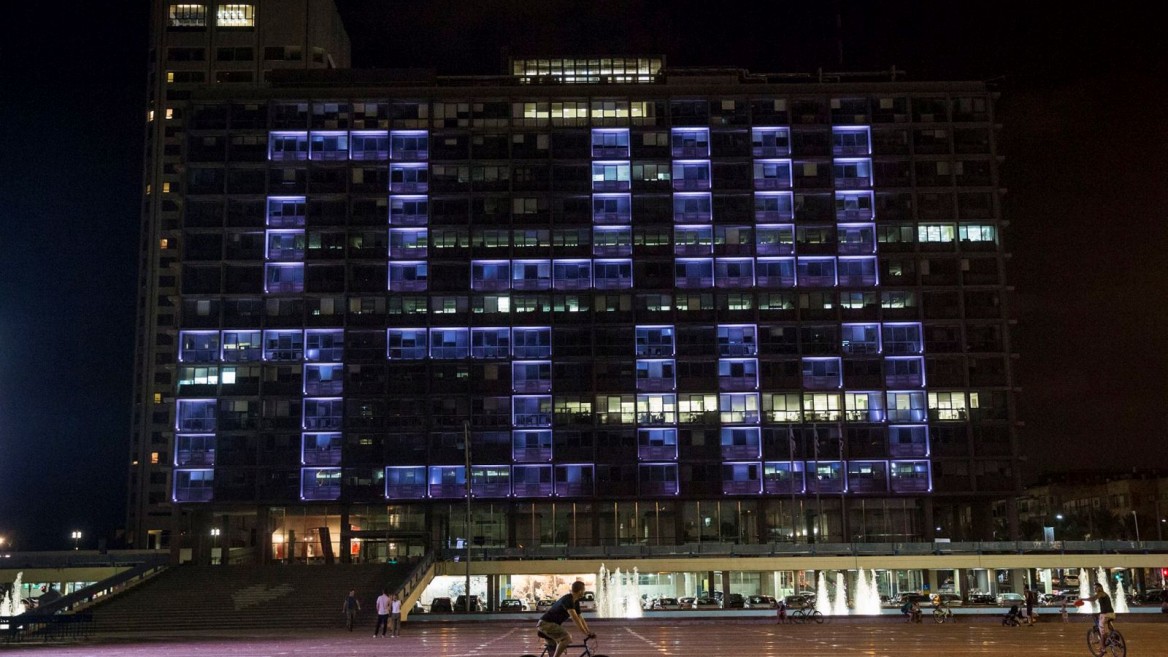 The Jewish High Holidays are approaching, and you can’t celebrate them in a more authentic place than Israel.

Starting with the Jewish New Year (Rosh Hashana), continuing with the Day of Atonement (Yom Kippur) and ending with the week-long Feast of Tabernacles (Sukkot), the holiday season is a national time for introspection and festivity. Even the public buses display special holiday greetings at this time of year.

ISRAEL21c suggests these activities to get a taste of the High Holidays in the Holy Land. There’s something for everyone of any religious persuasion.

Literally the “head of the year,” Rosh Hashana is traditionally considered a day (actually two days) of judgment on a personal and national level. There’s a special holiday liturgy and special holiday cuisine with a heavy emphasis on sweet ingredients such as apples and honey to symbolize hope for a sweet year ahead.

Israelis consume about 1,600 tons of honey every Rosh Hashana, and the honey harvesting season happily coincides with the High Holidays. At apiaries including Shadmat Devora in the Lower Galilee, you can book a tour in English to get a closer look at honey production in Israel (and make a candle from beeswax). Or visit the live Bumblebee Museum at Porat Apiary in Ein Yahav in the Arava Valley. 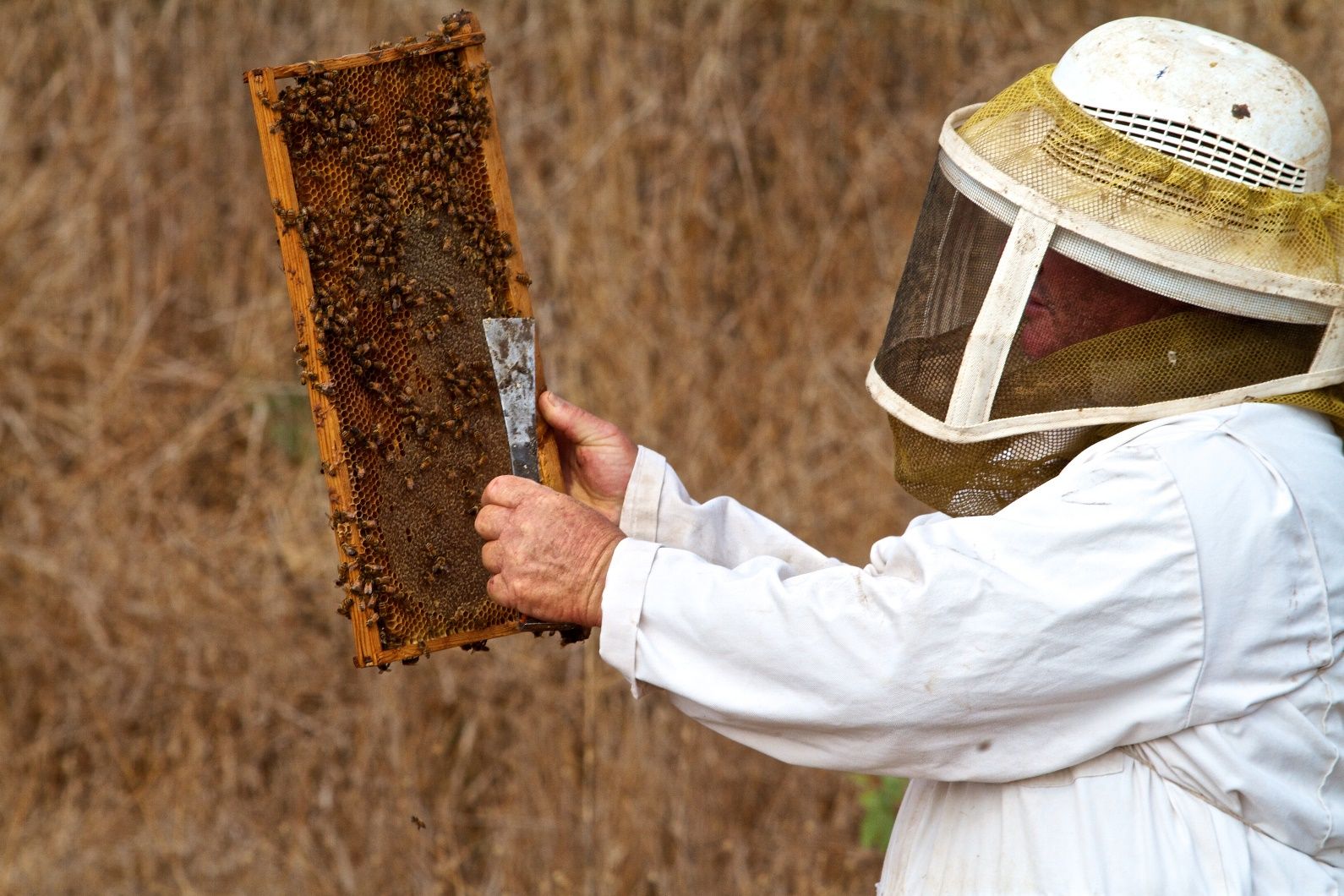 Sign up on EatWith for an authentic Rosh Hashana dinner cooked and hosted by newlyweds Chen and Alon Koren in their apartment above the Machane Yehuda marketplace. Chen tells ISRAEL21c that the meals will begin with the traditional simanim — foods representing wishes for health and prosperity (such as fish, pomegranate, leeks and carrots) — and will continue with dishes including lamb shoulder stuffed with fruit and almonds, meat pastries, couscous with beef and vegetables, and sweet desserts.

Or book a seat at a group Rosh Hashana dinner with other English-speakers through White City Shabbat, a community of young internationals living and working in Tel Aviv – the same organization responsible for setting the first Guinness World Record for the largest Shabbat dinner, last year.

Between Rosh Hashana and Yom Kippur are the “10 days of repentance,” during which many Israelis rise early (or stay up late) to recite penitential prayers (slichot). 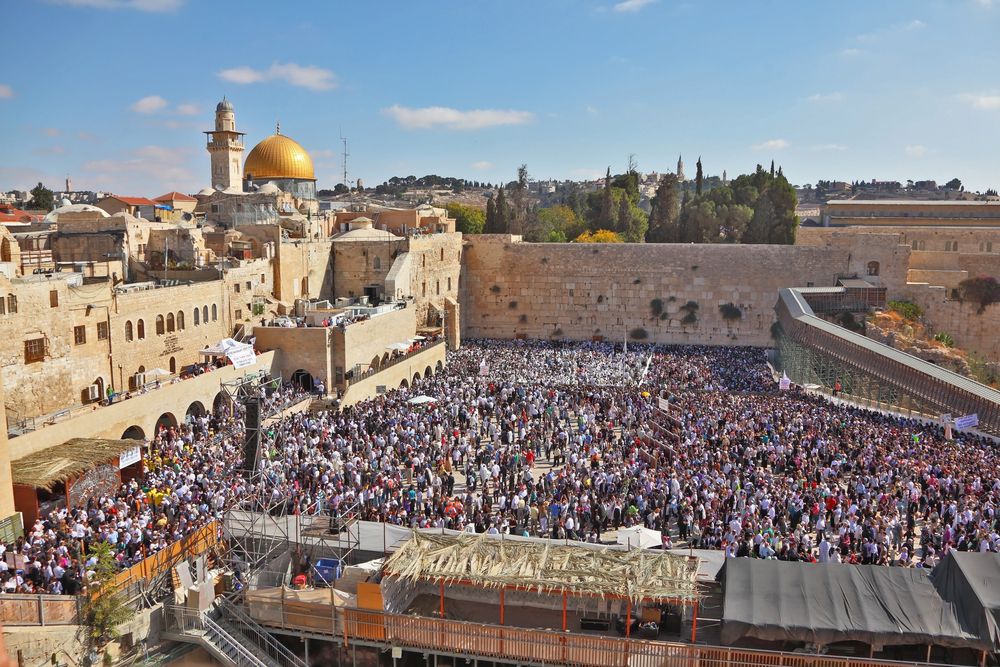 Tens of thousands of Jews gather for a pre-Yom Kippur mass prayer for forgiveness (slichot) at the Western Wall in Jerusalem’s Old City. Photo via Kavram/Shutterstock.com

These 10 days have also become a time for liturgical poems or hymns (piyyutim) preserved over many generations. The annual Piyyut Festival (September 17-21) at Beit Avi Chai in Jerusalem features a variety of musicians performing Ashkenazi and Sephardi High Holiday piyyutim, as well as explorations of Israel’s different cultures and traditions.

Israel comes to a virtual standstill on Yom Kippur, the holiest day in the Jewish year. A majority of Israeli Jews observe at least part of the 25-hour fast for atonement and forgiveness. About half attend at least part of the synagogue service, especially the opening Kol Nidrei prayers ushering in the holiday on the night before, and the closing Ne’ilah prayers that end with a dramatic blast of a ram’s horn (shofar). 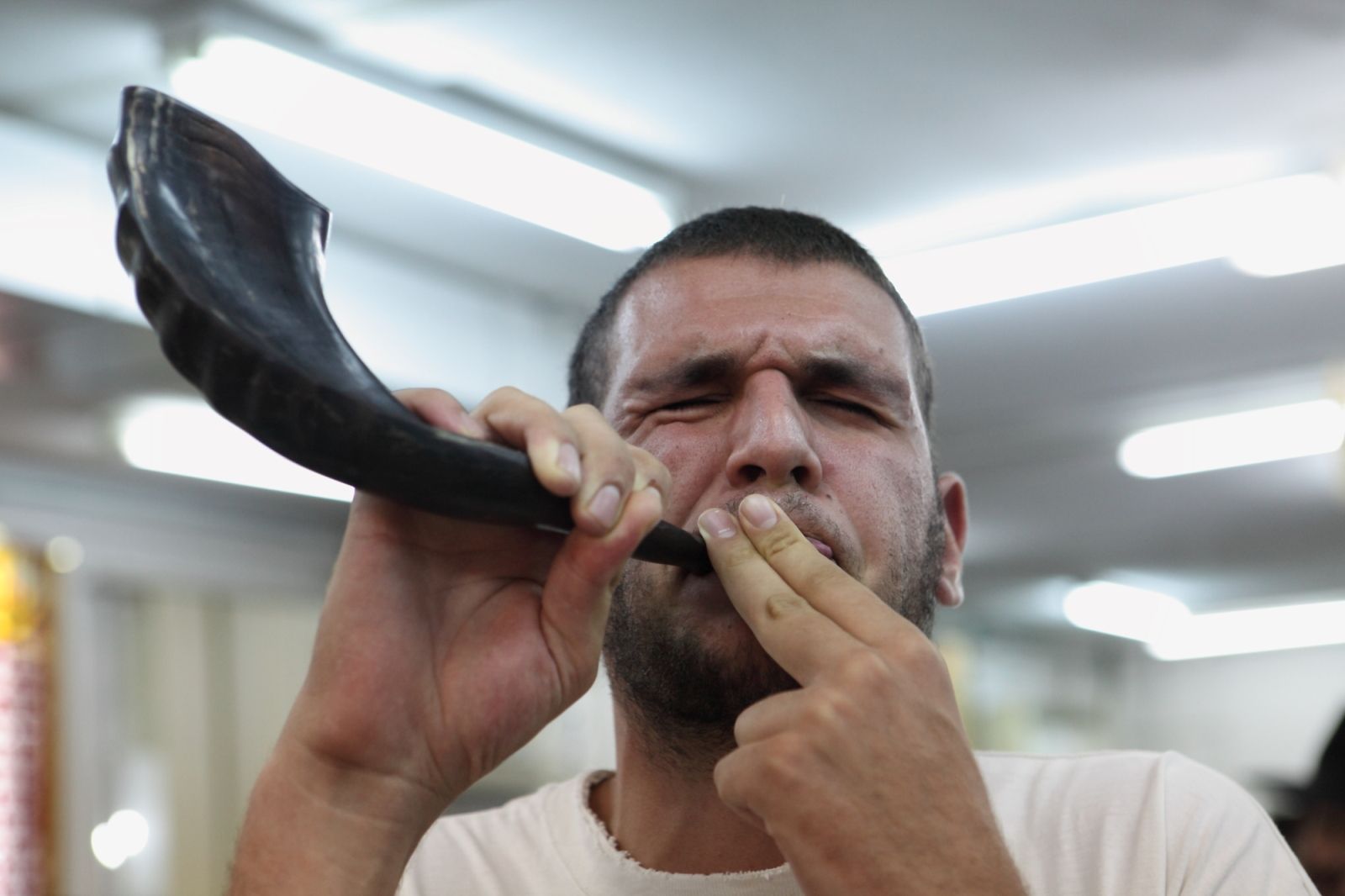 Blowing a shofar at the Rabbi Basri Yeshiva in Beersheva. Photo by Yaakov Naumi/FLASH90

What does everyone else do? According to a survey a few years ago, 11 percent of Israelis believe Yom Kippur is “an ideal day to ride a bicycle or watch movies.” 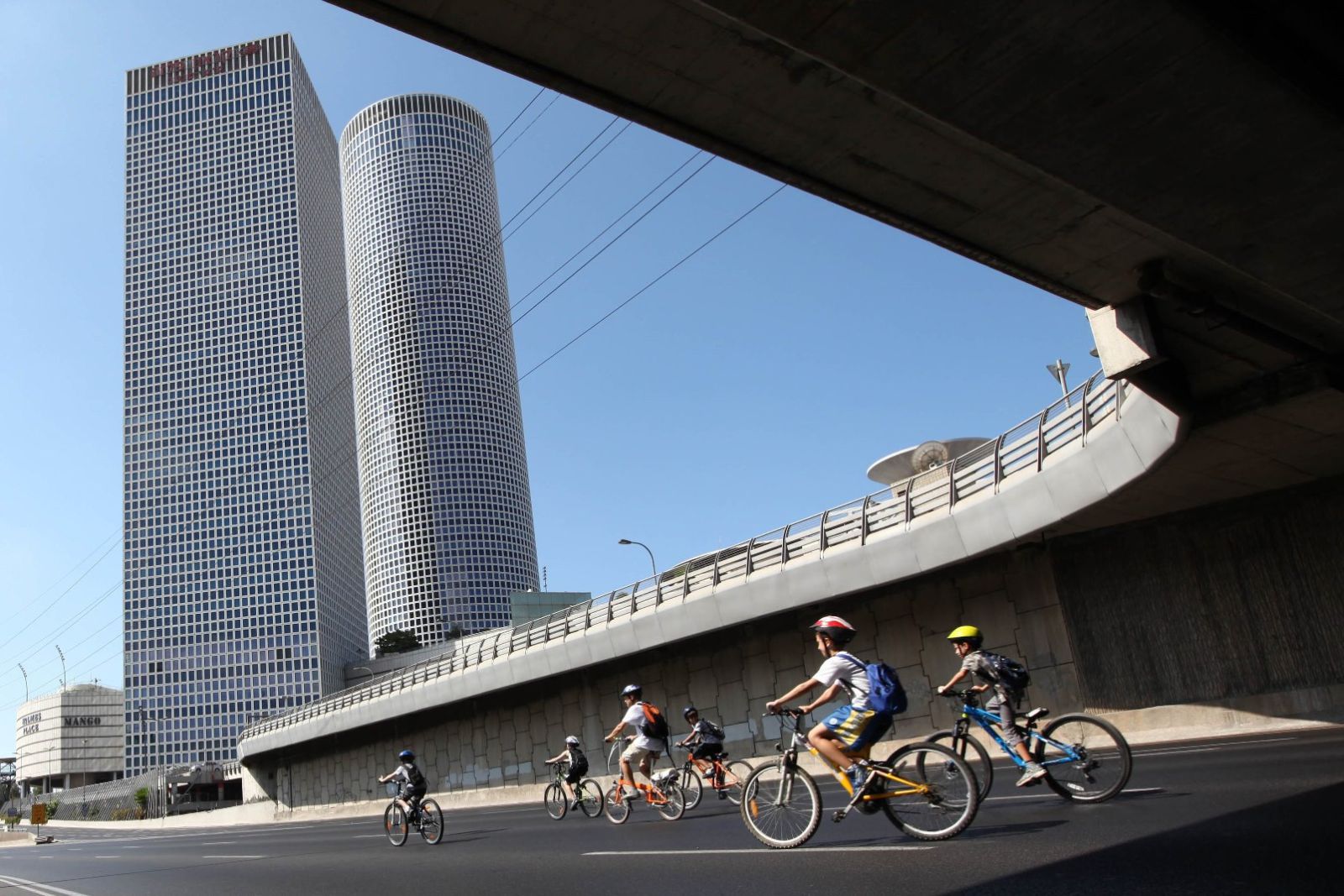 Sukkot (literally “huts”) is a biblical harvest festival during which all traditional Israelis eat and socialize in a temporary sukkah, or hut, under the open sky.

The sukkah evokes the field huts set up by farmers in olden times during the grain harvest, as well as the tents in which the Israelites lived during their 40 years of desert wandering before reaching the Promised Land.

The sukkah in Safra Square, the seat of the Jerusalem municipality, is said to be the largest in Israel. During the intermediate days of Sukkot there are free guided tours at 11am and 1pm, and music and activities inside for free. To visit the president’s sukkah at his official residence in the Talbieh neighborhood, bring your passport and be prepared to stand in line. 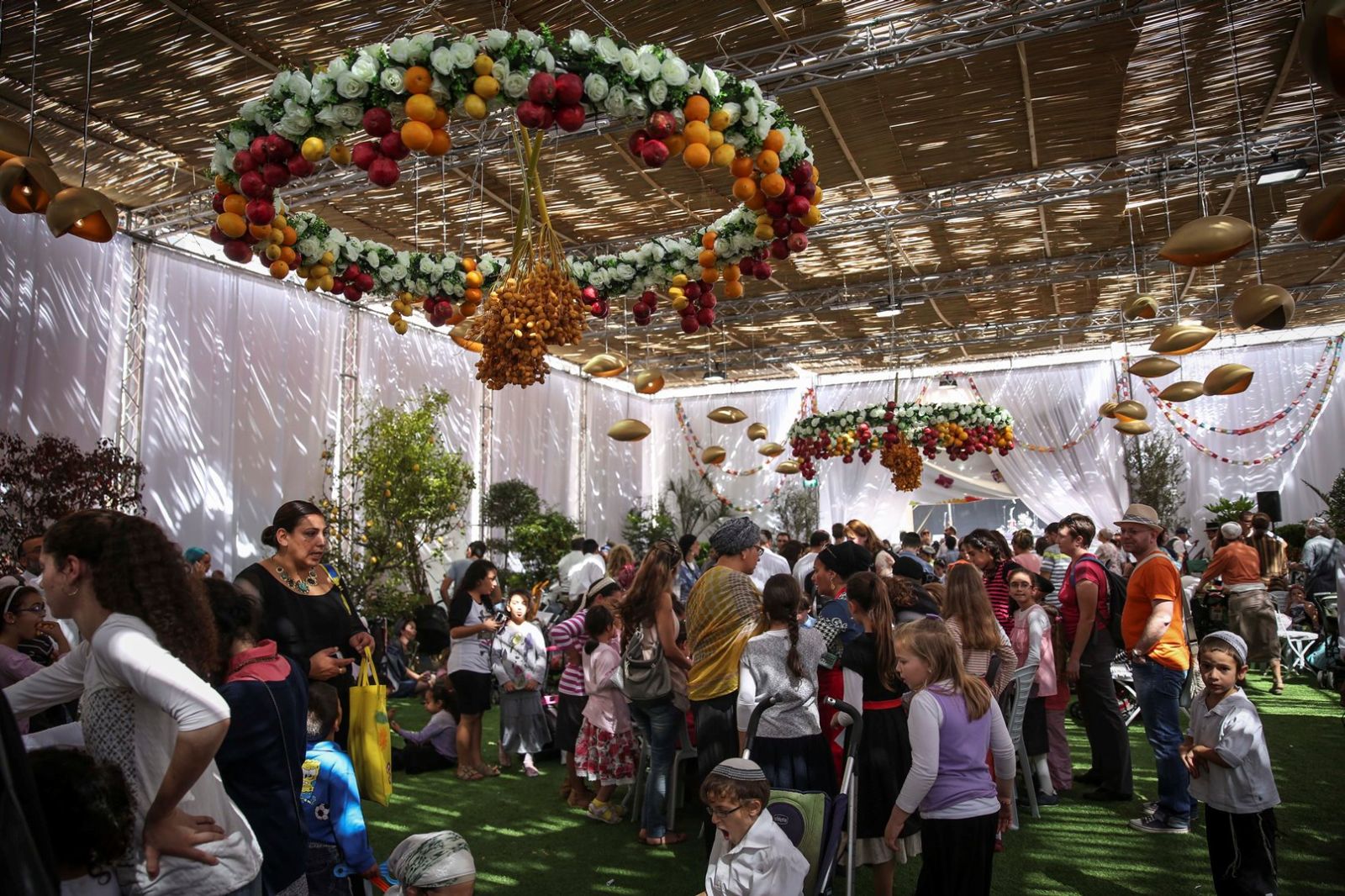 In keeping with the harvest theme, religious Jews parade around the synagogue holding the Four Species: palm frond, willow, myrtle and citron. Learn more about the Four Species at hands-on workshops in English at the International Center for Safed Kabbalah, which also offers walking tours to see sukkot throughout the mystical Upper Galilee city of Safed (Tzfat). Information: 972-4-682-1771 or Office@tzfat-kabbalah.org. 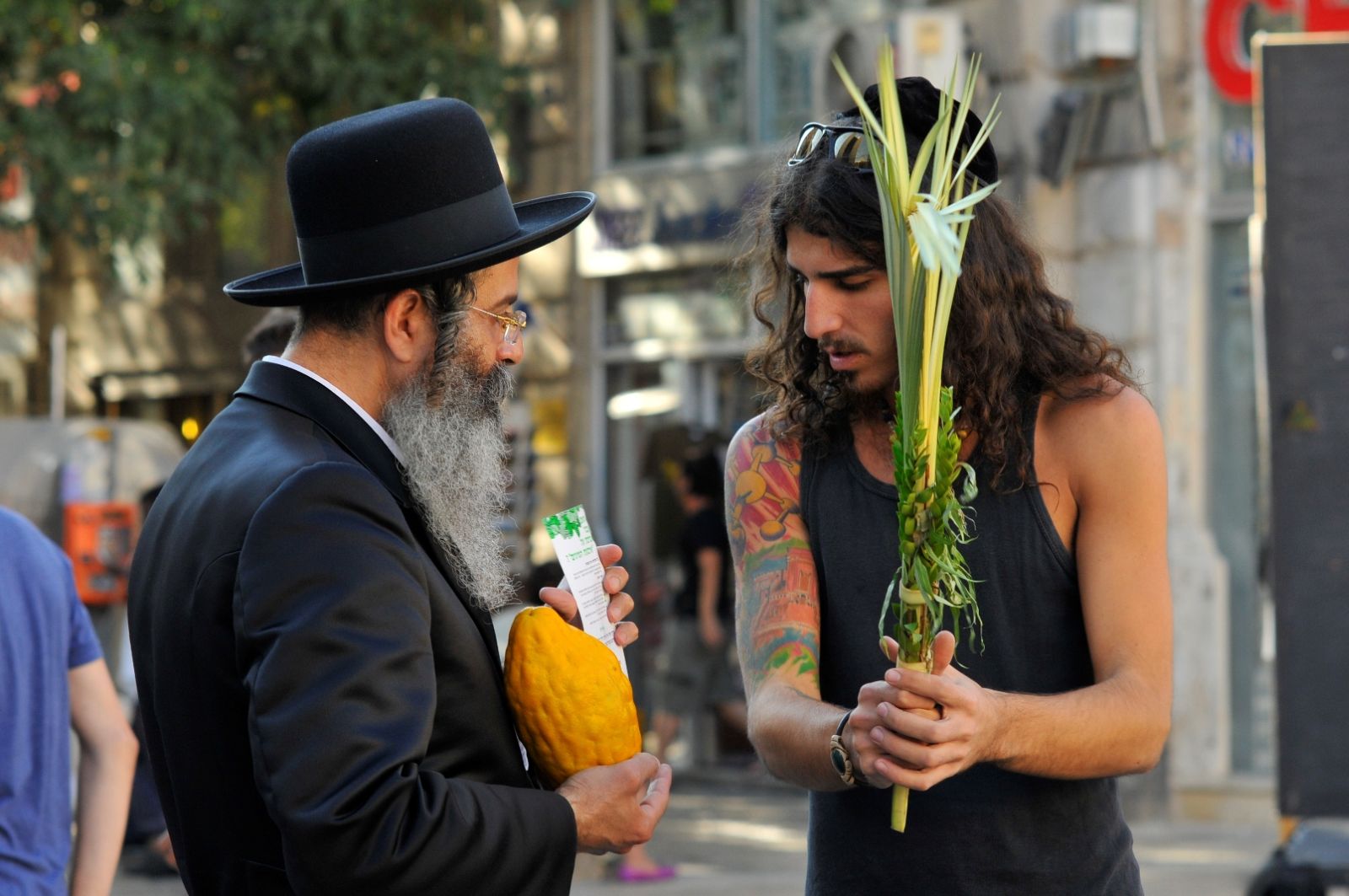 Everyone gets into the Four Species. Photo by Serge Attal/FLASH90

You don’t have to be Jewish to join a Sukkot parade. The annual Jerusalem March on Sukkot – this year, on October 1 — draws tens of thousands of participants, many of them Christian tourists from a variety of countries. There are 15-kilometer, 9k and 5k routes to choose from, all ending at Sacher Park where there are barbecues, arts and crafts, dancing and fun stuff for kids. Information: +972-2-531-4600 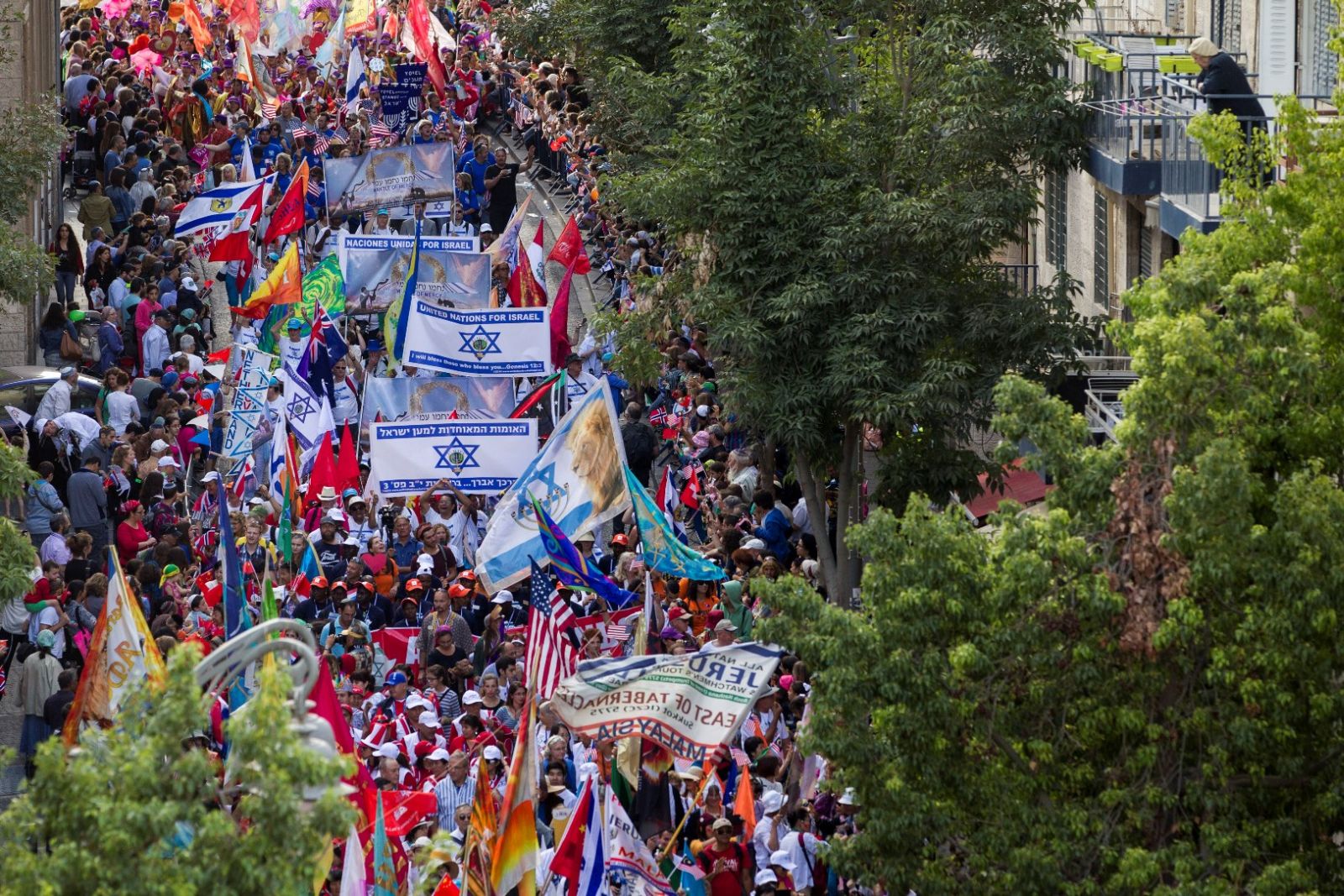 Sukkot is when just about everyone in Israel heads out for picnics, hikes, desert jeeping, camping, national park tours and other fresh-air adventures while the kids are out of school and the weather is generally perfect.

The fourth annual International Hot Air Balloon Festival, (September 29 to October 2) gets bigger each year. The event begins at Ma’ayan Harod National Park in the Galilee, where many people arrive on the first evening to watch the balloons get inflated, take part in family activities and camp out overnight so they can see the balloons start their flight at dawn. The festivities in the North end at noon September 30, but the whole thing is repeated on October 1-2 at Eshkol Park in Besor, west of Beersheva.

Music fans look forward all year to the Tamar Festival (September 28 through October 2) held annually during Sukkot with the participation of some of the top Israeli performing artists – this year, Idan Raichel, Balkan Beat Box, Mosh Ben-Ari, the Angelcy, Ivri Lider, K’nesiyat Hasekhel and others. The setting couldn’t be more breathtaking: Four nights of shows at Masada Hall and sunrise concerts on top of Masada. Info: +972-8-668-8829.

The 22nd annual International Storytelling Festival in Givatayim, September 24 to October 5, will host more than 800 singers, musicians, artists, entertainers, and academics telling and acting out stories from Jewish communities across the world.

The 47th Abu Gosh Music Festival (October 1-5, 2015) features classical, mostly vocal, concerts performed in the 12th century Crusader-Benedictine Church and the Kiryat Ye’arim Church in this Christian Arab village just west of Jerusalem. Dvorak, Vivaldi, Bach, Schubert and Verdi are among the composers whose works will be performed this year.