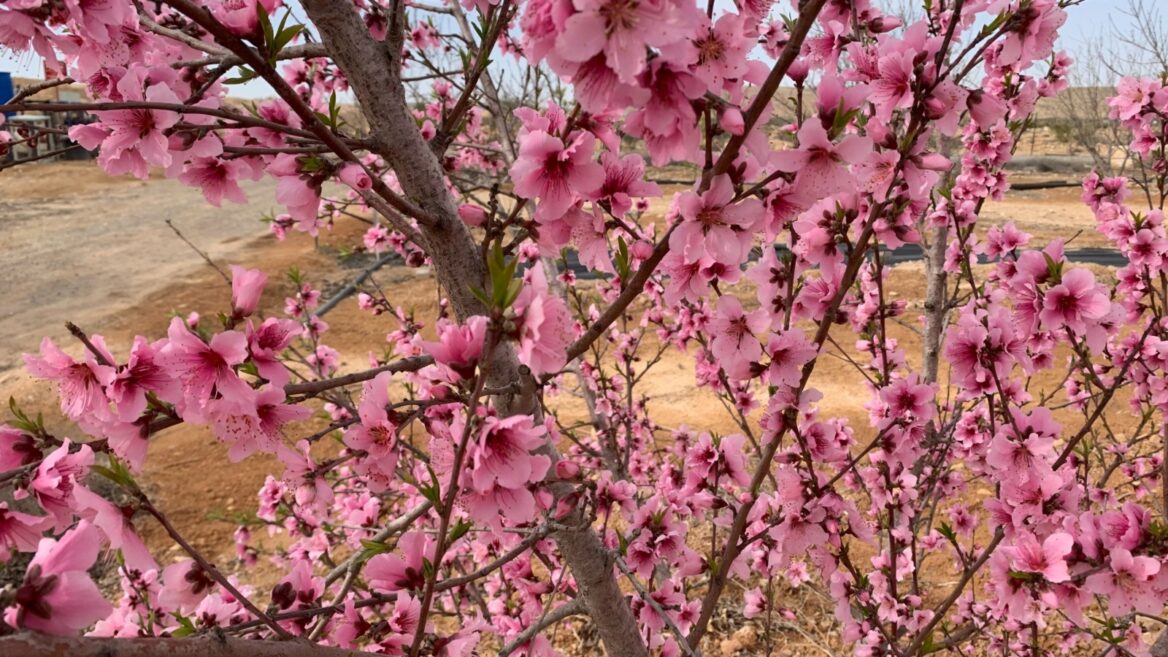 Cherry blossoms, a rare sight in the Negev Desert, on March 5, 2022. Photo by Pini Elmakayes

But Pini Elmakayes’ nephew, Liel, was killed in a road accident at age 13, six years ago.

Elmakayes commemorated that unthinkable event with an unthinkable agricultural feat: To preserve and continue Liel’s memory, he planted cherry trees in the sunbaked soil of his farm in Mitzpeh Ramon, a town in Israel’s southern Negev Desert. 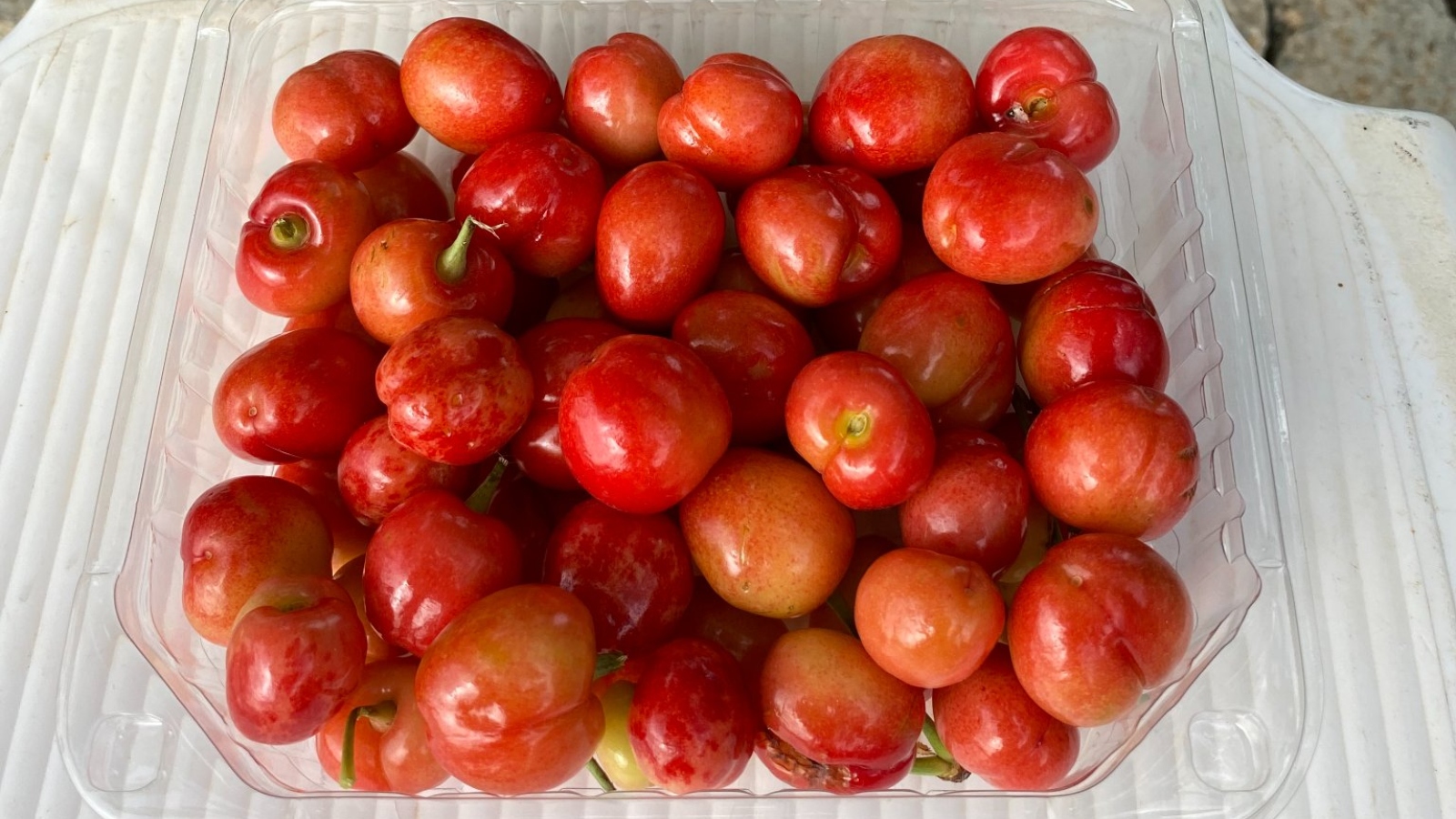 Normally, cherries thrive only in the higher elevation and cooler temperatures of northern Israel.

Many people were skeptical about Elmakayes’ scheme, but agronomists from the Ramat HaNegev Regional Council’s agricultural R&D center lent their expertise to the bereaved uncle, an Israel Air Force veteran.

And after four years of hard work, the evidence is in: Yes, you can grow cherries in the desert.

“No one really tried to grow cherries in this area because they thought it would be doomed to fail,” Ramat HaNegev agronomist Itzik David told Ynet. 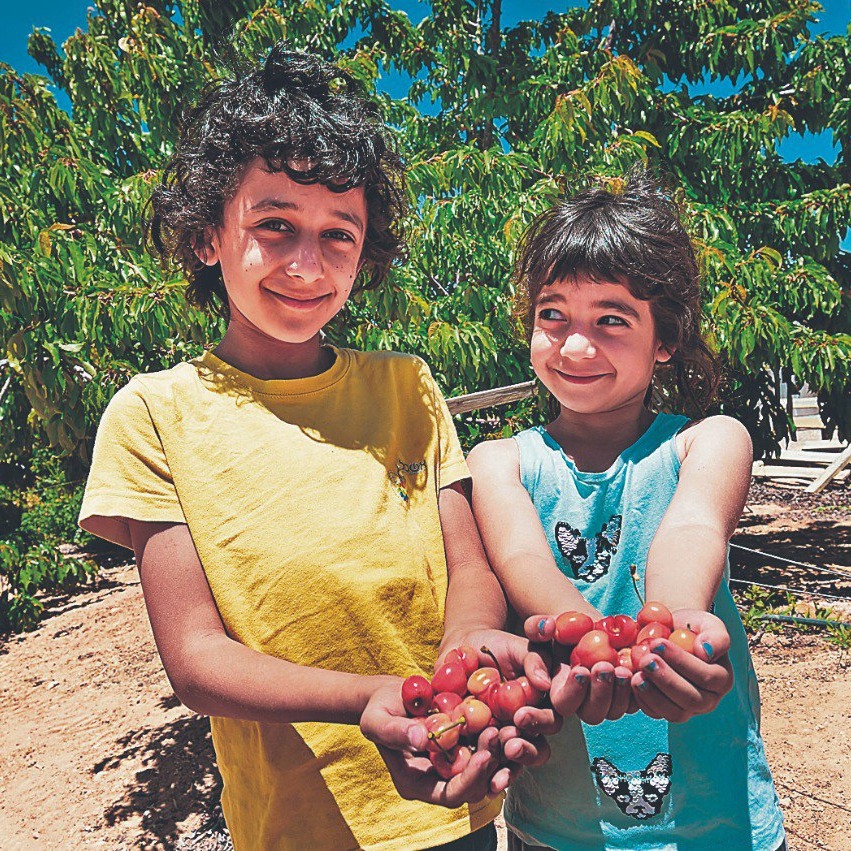 Children hold cherries grown in the desert, in memory of a beloved nephew. Photo by Chaim Hornstein

The first fruits were harvested on May 3, just before Israel Independence Day, prompting Elmakayes to post a thank-you to Ramat HaNegev and its R&D director, Yankel’e Moskowitz, on Facebook:

“To the glory of the State of Israel

Cherries in the Negev!!!!

Special thanks to R&D Ramat Negev for the warm assistance

Admittedly it is not yet commercial – but you are invited to see the beauty of creation.” 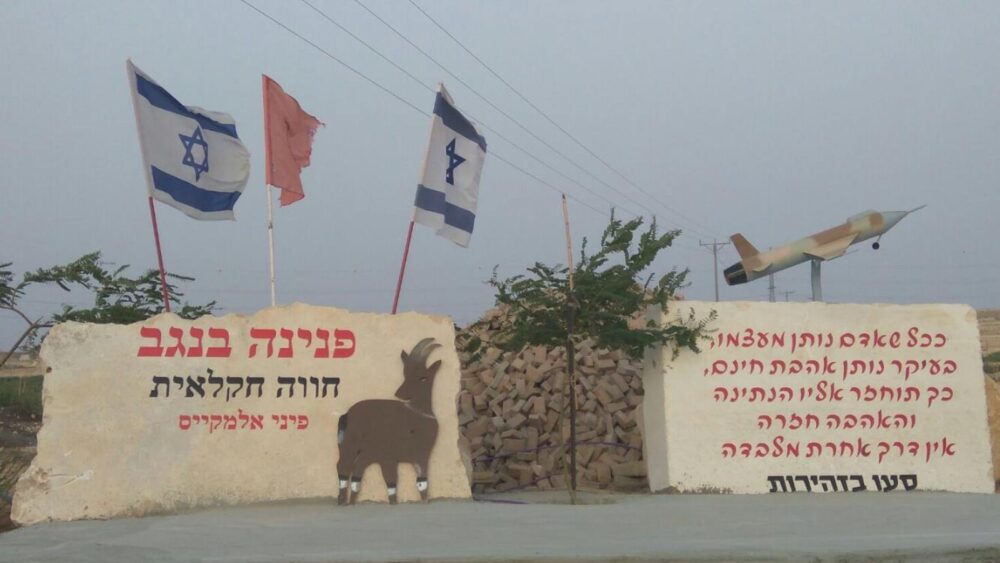 Moskowitz told Ynet that the rare achievement gives Negev residents additional encouragement to make a living from agriculture and tourism, so that travelers to the south may “enjoy the beauty of the desert alongside the cherry blossoms.”

UNCOVER ISRAEL - Get the ISRAEL21c
Weekly Edition free by email
Sign Up Now!
Bring Israel's story to life.
Millions of people around the world rely on us to gain a deeper understanding of Israel. We are the trusted source for original content you won't find anywhere else.
You can make a difference. Donate today to support journalism that brings Israel’s story alive.
SUPPORT ISRAEL21c
Read more on:   Spotlight on Israel, Environment, desert agriculture, Negev Desert, Mitzpeh Ramon