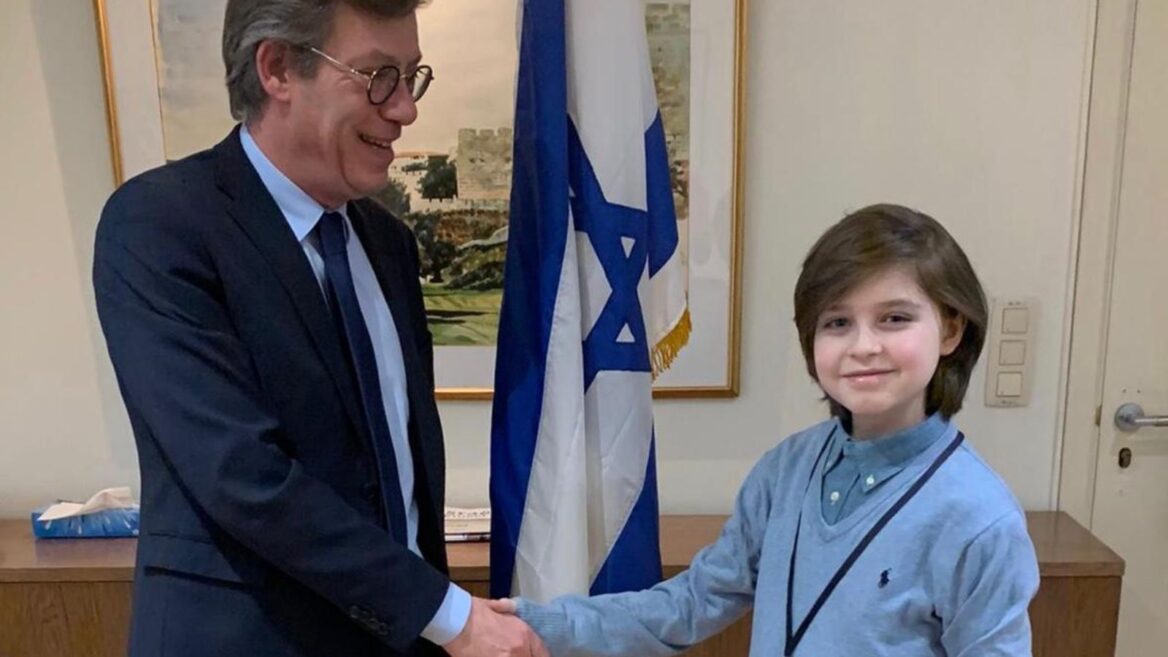 The Belgian child prodigy is completing his degree in electrical engineering and is reportedly considering pursuing a PhD in the field as well as a medical degree. Eventually he’d like to develop artificial limbs.

On his quest to find the best research institution, Laurent naturally thought of Israel. He and his parents recently met with the Israeli ambassador to Belgium, Emmanuel Nahshon, to hear about all that Israel has to offer in higher education.

“I was very happy to meet young Laurent and his parents. He is a very impressive person and we hope to help him find a suitable university in Israel, in order to develop his unique talents,” Nahshon told ISRAEL21c.

Laurent, described as “simply extraordinary” by staff at the Eindhoven University of Technology where he studied, still enjoys the same pleasures as his peers. CNN reports that he loves playing with his dog, Sammy, and being on his phone.

If Laurent does decide to take up his studies in Israel, the age gap between him and his peers will be even larger than usual. This is because most Israelis only begin college after at least two years of military service followed by lengthy post-army travels to distant countries.

Perhaps Laurent will take a page out of their book and become a super-young backpacker, too. After he’s finished his PhD of course.