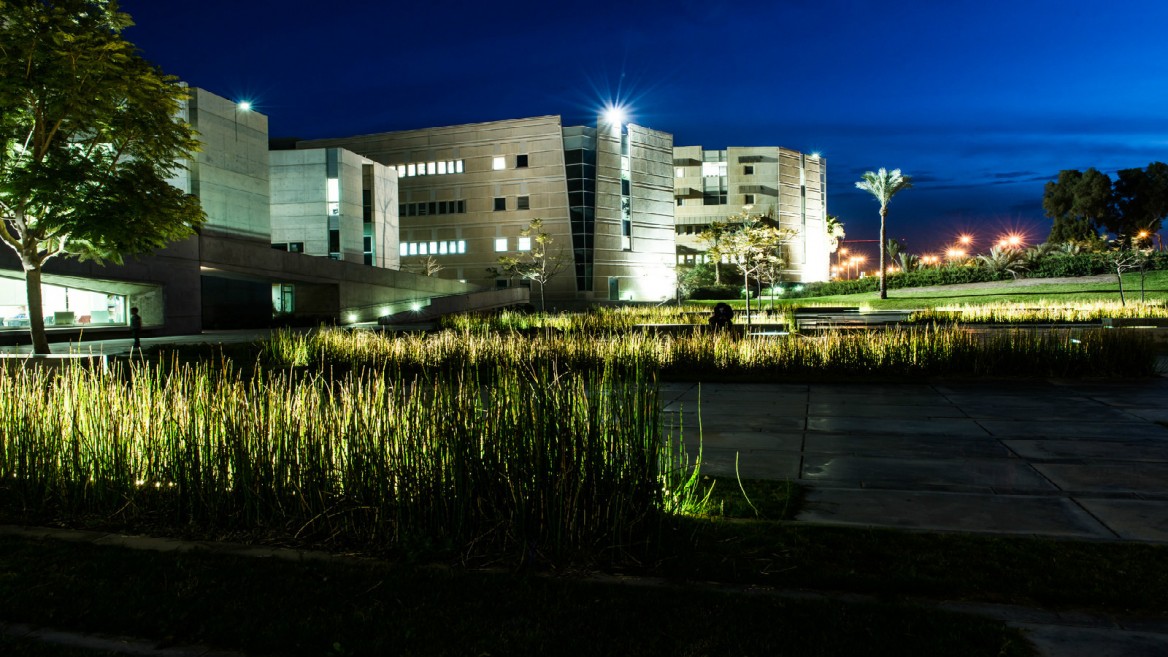 The swarming lunch crowds on Yosef Ben Matityahu Street, an eight-minute walk from Ben-Gurion University of the Negev, best exemplify the spirit Beersheva exudes today. Once a desolate and financially plagued metropolis, this desert city’s resurgence as a center of modernity, culture, academia and high-tech is impossible to overlook.

The four little hummus and ethnic eateries on this small side street are packed with university students and professors, soldiers, young tech engineers and the occasional over-50-year-old.

“Beersheva is a great place to live. It’s not a wasteland. It’s a desert city because if you think about the climate it’s hot and dry during the day and it’s cool at night. When compared to the humidity of Tel Aviv, I know which one I’d much rather prefer,” says Ehud Zion-Waldoks, who moved to the city three years ago and works in the university’s media relations department. 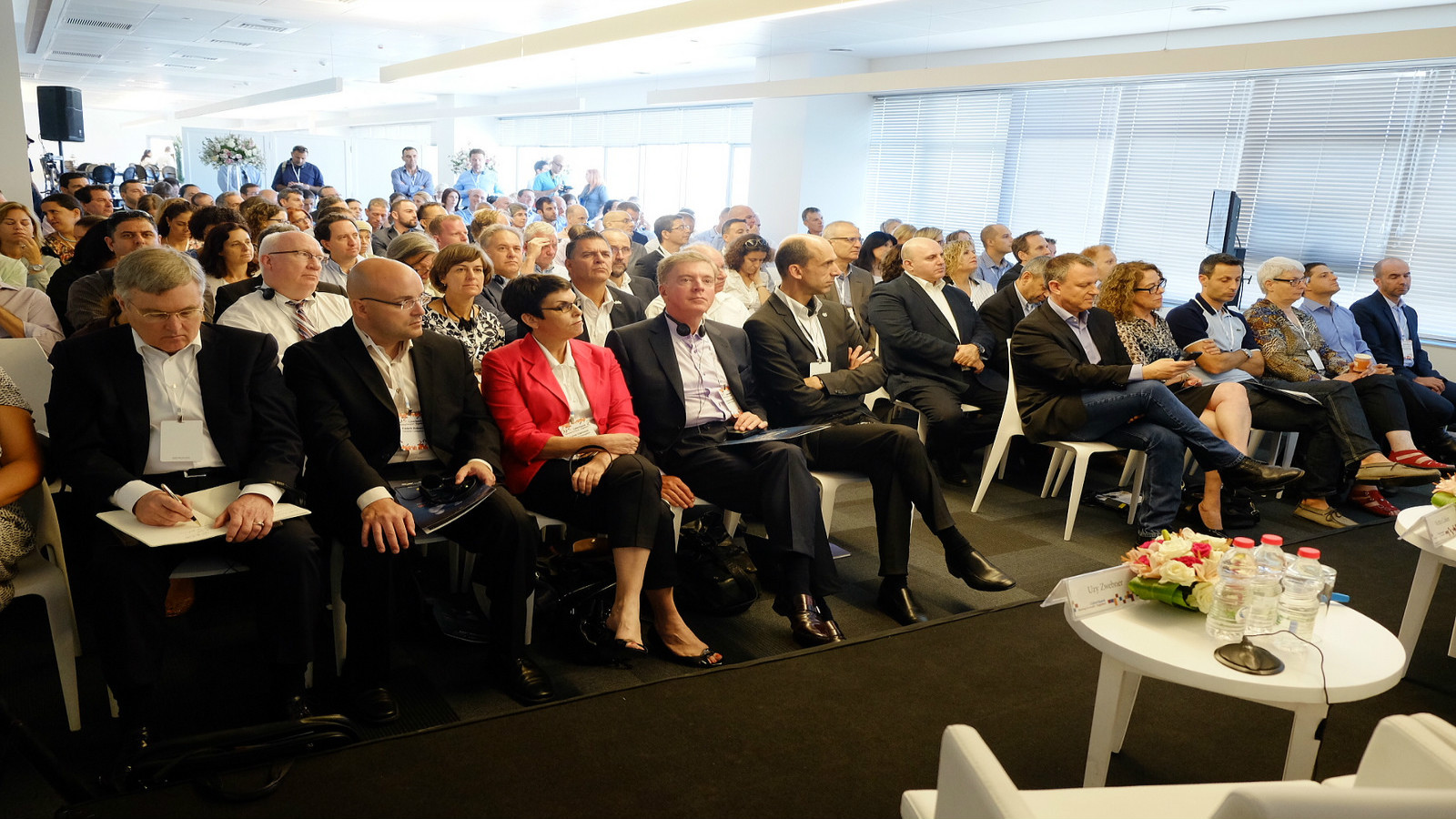 Academics, politicians and executives from EMC and Lockheed Martin at the official opening of CyberSpark at the Advanced Technologies Park, September 2014. Photo by Dani Machlis/BGU

David Ben-Gurion, Israel’s first prime minister, would be chuffed to know that everyone – from the Advanced Technologies Park entrepreneurs to Ben-Gurion University professors to the businesspeople at the CyberSpark Industry Initiative  to real-estate agents to government leaders – is referring back to his proclamation that “the future of Israel lies in the Negev.”

The cranes looming high above the city enthusiastically declare the transformation of this city into the innovation center it is growing to be. Beersheva’s development can be witnessed in its urban design elements (water fountains and bridges), cultural and environmental development (playgrounds and parks) and newly erected university buildings and office towers. 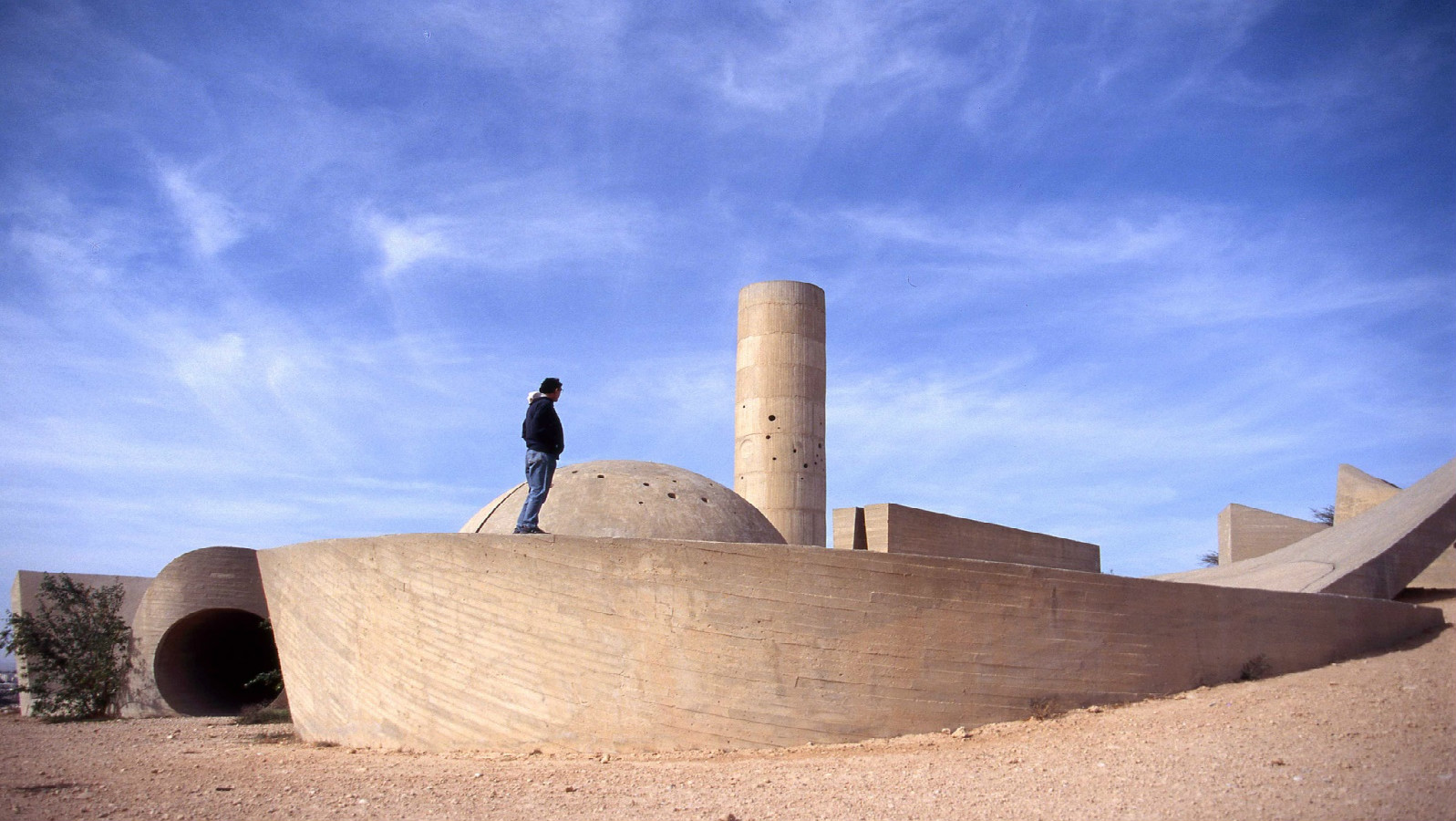 From the Monument to the Negev Brigade, one can witness the rapid development of Beersheva. Photo courtesy of the Tourism Ministry

At the Monument to the Negev Brigade, situated on a hill overlooking Beersheva near the Gav-Yam Negev Advanced Technologies Park (ATP), multinational corporate CEOs and potential investors begin their visits to get a good look at the city under construction.

“All the big multinationals and the big investment firms are coming here because of the notion of the Beersheva miracle – the economic development from desert location to high-tech park,” Jerusalem Venture Partners (JVP) Managing Partner Gadi Tirosh tells ISRAEL21c, “and for the concentration in firms dealing with cyber.”

Beersheva’s biggest optimists can be found in the two office buildings at the Gav-Yam Negev ATP, over a footbridge leading to the Goodman University North train station and the university.

The mission of the ATP – a public-private partnership between the government, the university, the municipality and KUD International developers — is to “promote technology and commercialization of cutting-edge research and innovation being developed through BGU and affiliate institutions such as the Soroka University Medical Center and the National Institute of Biotechnology in the Negev.”

University and high-tech leaders talk about the not-so-distant days when the grounds for this technology park were dusty nothingness. 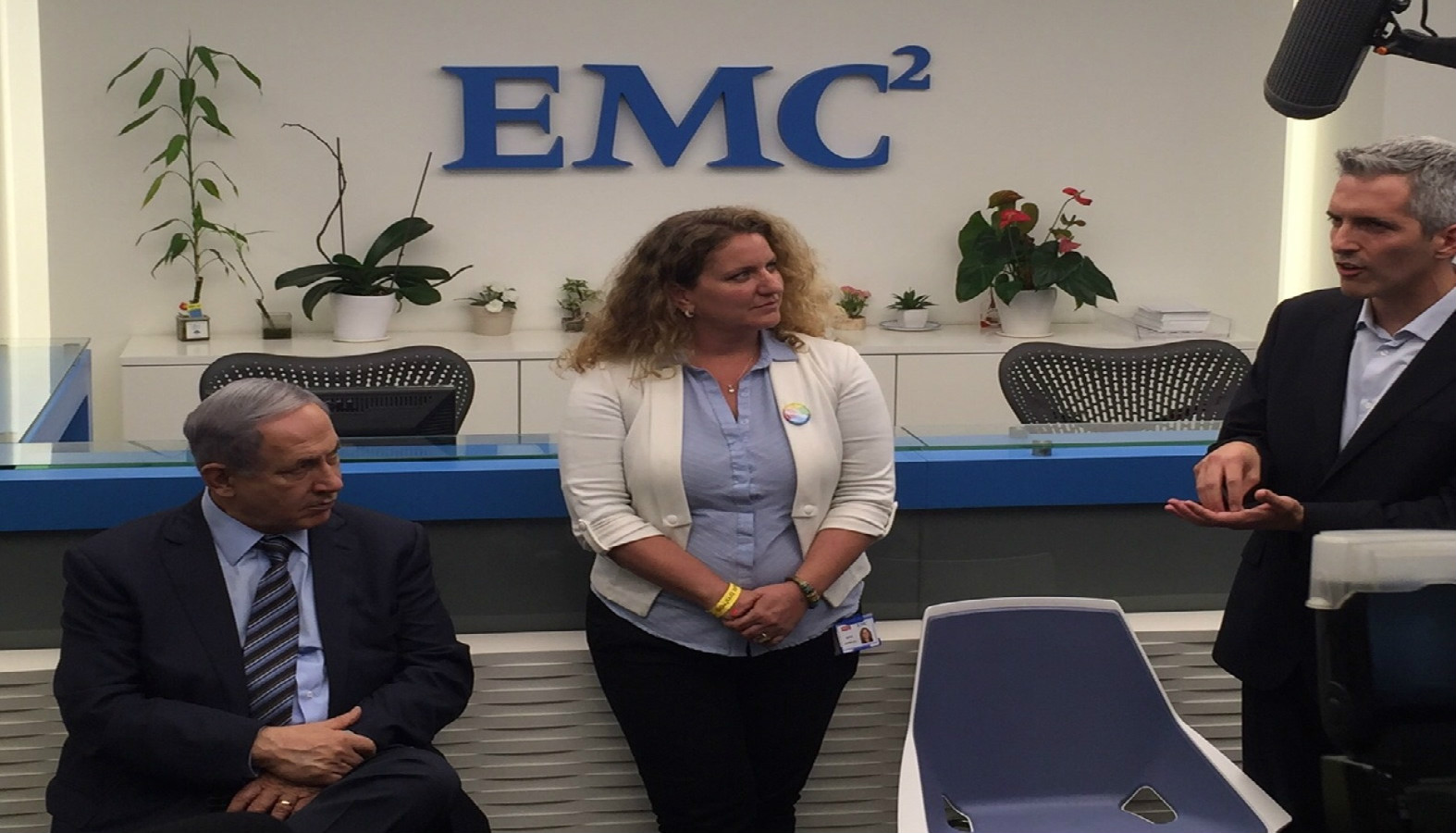 The high-tech companies’ air-conditioned offices all have windows looking out over the area earmarked for the expansion of the ATP. These senior executives are envisioning the future just as Ben-Gurion did.

“From a first look, Beersheva may look like it’s outside the regular Israeli tech scene. But once you come here and you’re exposed to the things that are going on inside the ecosystem here in Beersheva, it’s really amazing,” Yoni Shohet, founder and CEO of SCADAfence – a startup that develops cybersecurity solutions for the critical infrastructure and manufacturing industries — tells ISRAEL21c from his office in JVP Cyber Labs.

New talent on the way

The biggest step toward making Beersheva a true cyber-tech hub is the upcoming transfer of the IDF’s technology units out of Greater Tel Aviv. The army plans to move some 20,000 soldiers south by 2021.

Maya Hofman Levy, site leader at EMC/RSA Center of Excellence, adds, “We’re very optimistic. The critical mass will eventually happen when the IDF technology units will be relocated here. EMC wants to be in Beersheva to access this talent.”

In addition to moving its personnel, the IDF will build technology and communications infrastructure as well as big data centers. 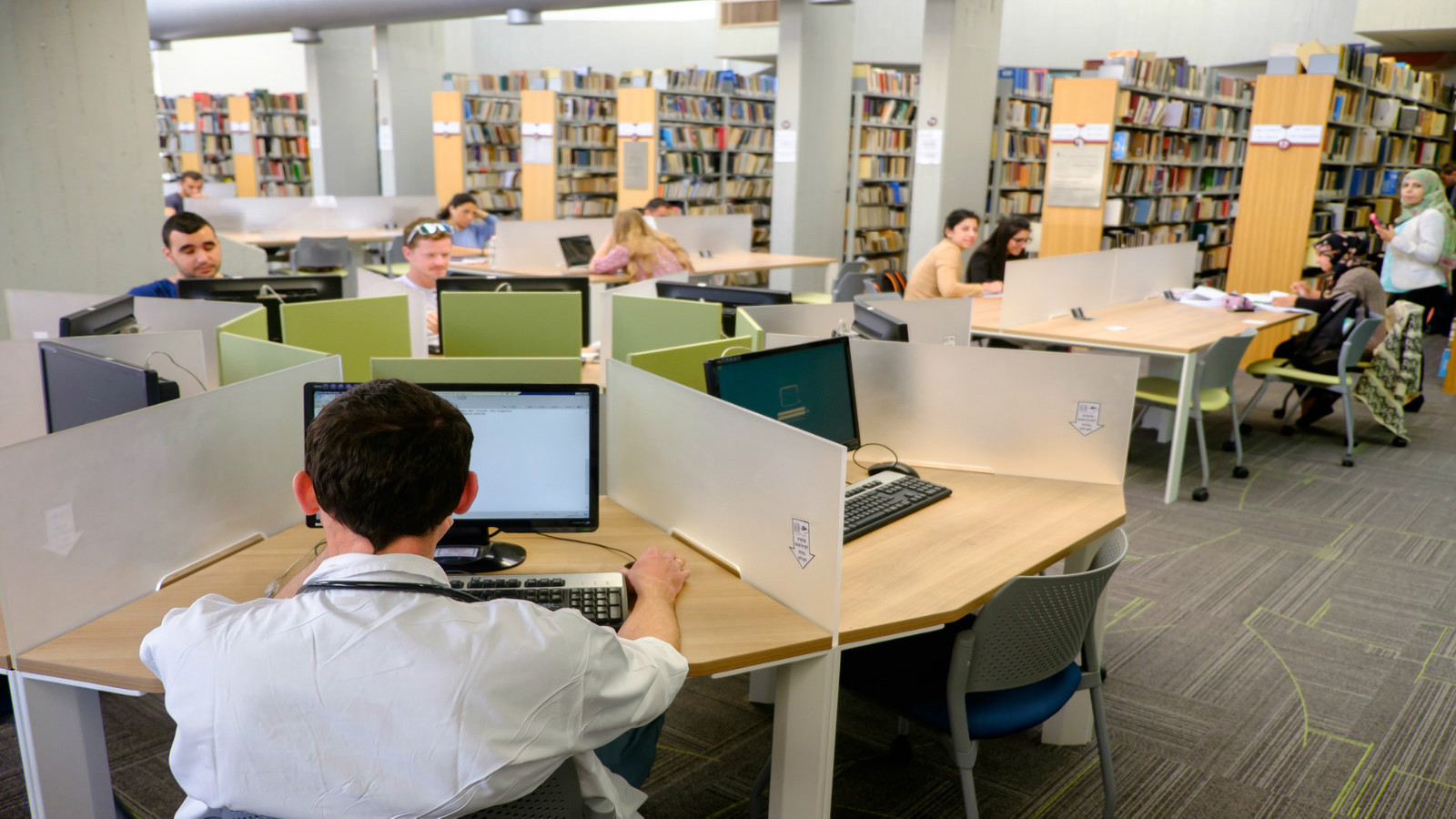 Other international companies, keen to pick up the tech-savvy soldiers upon discharge, and to be in close proximity to university research, are set to fill 15 or 20 high-rise buildings in the area. ATP predicts there will be 10,000 high-tech employees in Beersheva by 2025. Most of the startups and foreign companies at ATP are in the field of cybersecurity.

“When you look at other parts of technology, we’re facing a lot of competition from the emerging economy. Cyber is already Israel’s strongpoint; it has an inherent competitive edge for Israel because of the resources and because of the ecosystem we have here,” JVP’s Tirosh tells ISRAEL21c.

“We have this amazing factory [the IDF] that has access to the best talent, trains them for five years, and then by default releases them to the commercial market. That’s an amazing edge.”

Cyber capital of the world

BGU offers a master of science in cybersecurity, developed in cooperation with IDF and civic experts to meet the needs of the military and civil defense sectors.

The Israel Export and International Cooperation Institute recently announced that Israel sold some $3 billion of cyber technology in exports in 2014. The institute says it foresees a 10 percent increase in revenue of nearly 250 Israeli firms in the sector for this year.

“Beersheva will not only be the cyber capital of Israel, but one of the most important places in the cybersecurity field in the world,” declared Prime Minister Benjamin Netanyahu at the Israeli Cyber Innovation Arena in January 2014. 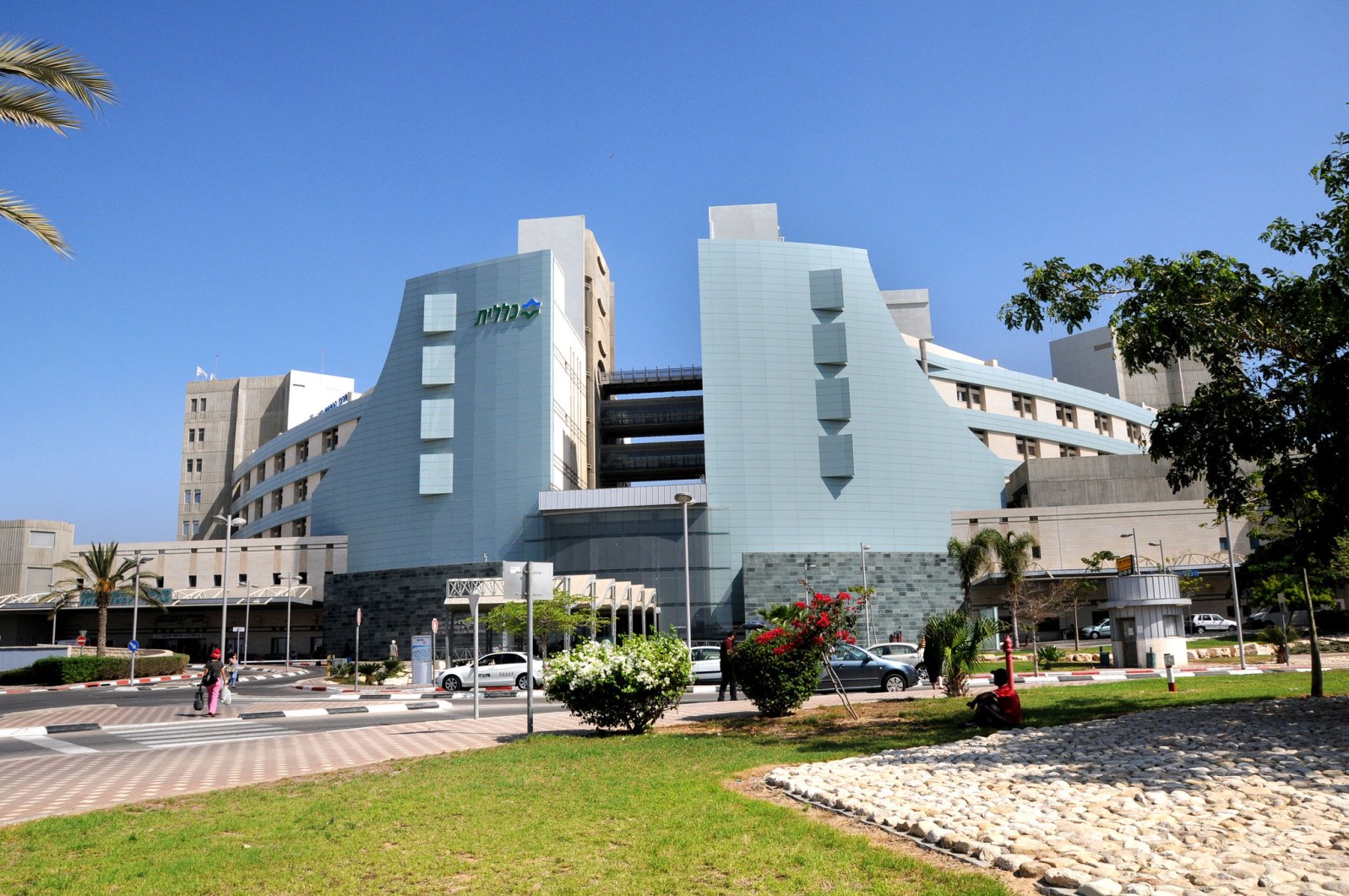 Distinct from many other high-tech business parks in Israel, Beersheva’s ecosystem combines national, army, academic, business and entrepreneurial interests in close vicinity to one another and with the same ambitious goals.

“We’re making this ecosystem special not only on a national level but on an international level,” Tom Ahi-Dror, head of human capital development at the Israel National Cyber Bureau, tells ISRAEL21c.

“There’s an opportunity to create a nexus which specializes in cybersecurity and [could] be one of the most important ones in the world. The government saw there’s also a vote of confidence from the industry; it’s not only a long-term vision but it’s actually happening.”

Beersheva is located 65 miles (105km) south of Tel Aviv. But the psychological chasm between this gateway to the Negev and the hip, startup capital on the Mediterranean Sea kept Beersheva sidelined for many years.

While the city’s university, colleges and hospital have excellent reputations, the students who came to acquire engineering and computer-science degrees at BGU typically left town in search of a career in the center or north of the country.

Though the city is still known for having more chess grandmasters per capita than any other city in the world — thanks to its immigrant population from the former Soviet Union — soon Beersheva could have the most cyber-tech engineers per capita as well.

“ATP is already having an effect on Beersheva,” EMC/RSA’s Hofman Levy tells ISRAEL21c. “There’s a 20 percent increase in the number of students graduating from BGU who have chosen to stay since the ATP was established. It affects the restaurants, it affects the housing, and it affects the culture. The influence is not only on high-tech but everywhere.” 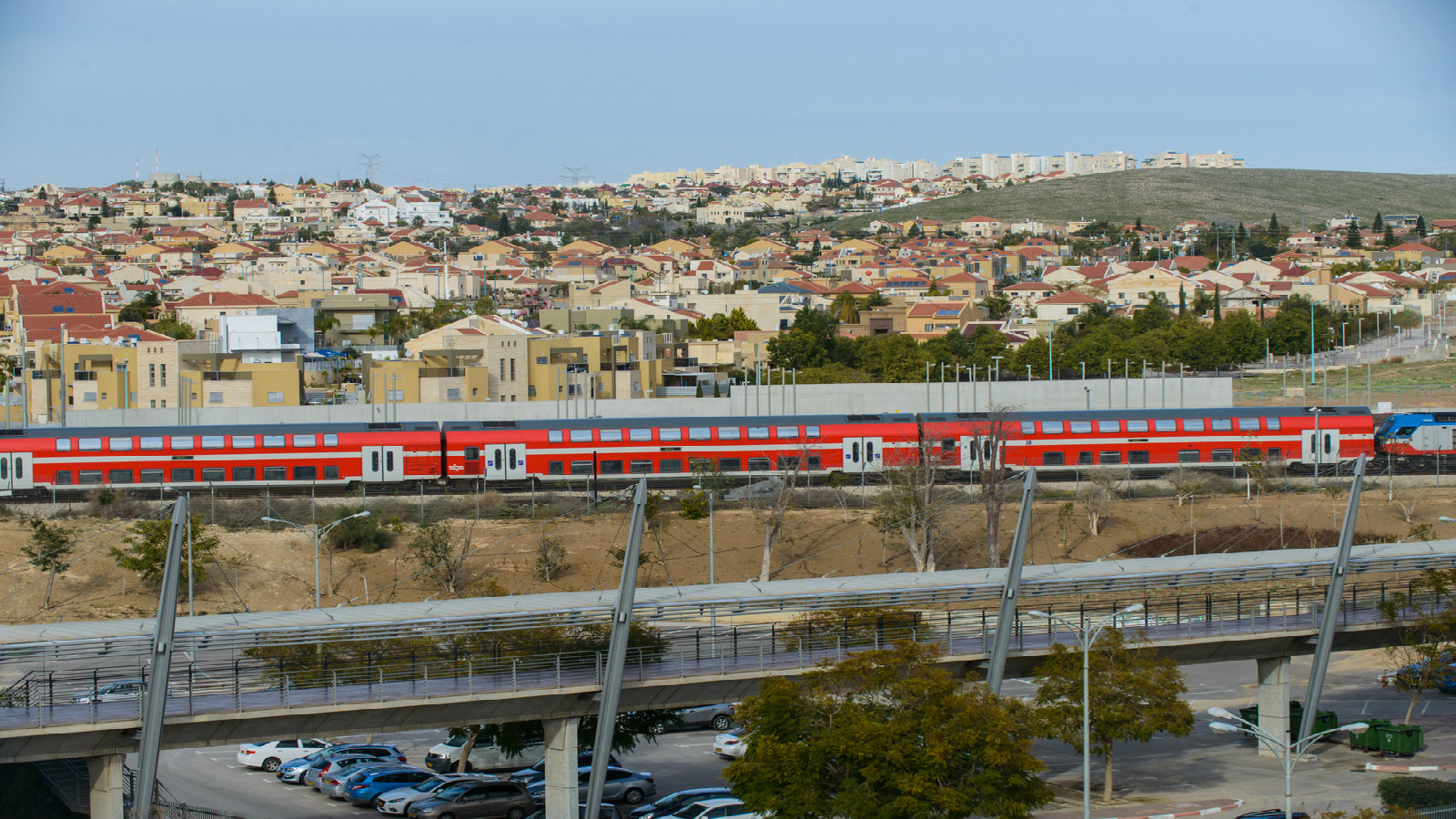 In addition to upgraded train routes to Tel Aviv, the Trans-Israel Highway will be extended to the future army base in this city nicknamed “B7” (the “B” stands for be’er, the Hebrew word for “well,” and “seven” in Hebrew is sheva).

RE/MAX Israel, the largest network of real-estate agencies in the country, says its Beersheva franchise is number one in transaction count and commissions. It’s also in the top 10 offices in all of Europe.

“Beersheva is a real city with a very good university, a very good hospital, there’s culture and entertainment, an orchestra, a very good mayor — there’s everything there,” says Bernard Raskin, regional owner of RE/MAX Israel. “If you want to live in a city at a reasonable price and not have to wear a coat in winter, be within a reasonable commuting distance to Tel Aviv … Beersheva is a nice place.”

“We found a great community of like-minded people who moved to the Negev out of a sense of pioneering that this is a place that has real potential that we would like to have developed,” 37-year-old father of four Zion-Waldoks tells ISRAEL21c. “That potential is already being realized throughout the city with a lot of new projects, new children’s museums, more culture. They renovated the Old City, there are new jobs in high-tech, and there are a lot more reasons for people to come and stay.”