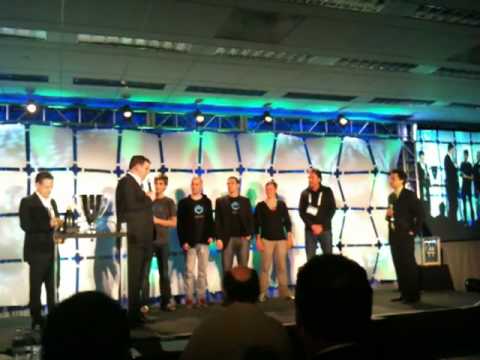 Israel’s Soluto just won a prestigious TechCrunch Disrupt award with its lead product that may cut down PC boot-up time by up to half, a vital aid to the silent majority in need of solutions. 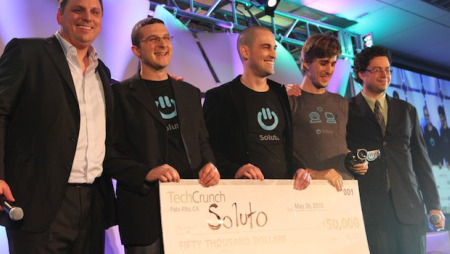 “We are working to solve one of the biggest problems in modern life – the frustration users feel every time they switch on their PC and wait for it to load. And when you’re talking about 1.5 billion people, you can appreciate and understand how we won TechCrunch,” admits Roee Adler, chief product officer for Israel’s Soluto. If anecdotal evidence is correct, Soluto’s program may cut boot time by as much as half.

Tel Aviv based Soluto won the prestigious TechCrunch competition with its lead product – a software download that checks your PC’s boot problems and offers suggestions for how to make things go more smoothly. “Our software analyzes the interactivity between applications and processes, delving deep into the Windows kernel, and informs you on what’s going on behind the scenes. You can determine which processes or applications are slowing you down, and take the appropriate action,” Adler explains.

As the winner, Soluto’s team, led by CEO Tomer Dvir, received a $50,000 prize – along with invaluable publicity including write-ups in newspapers and websites around the world, and the ‘buzz’ that invariably accrues around significantly increased use.

In this case, that’s good news for the rest of us as well, since one of the application’s most important components is built on a form of social networking, with users eventually helping each other to detect and solve similar problems in PCs around the world.

Soluto was founded in 2007, and has raised about $8 million in financing. Investors include Proxima Investments, Giza Venture Capital, and US-based Bessemer Investments, among others. But the fact that the company beat out several other very strong finalists to win the prize is a sign of just how deep the need for a product like Soluto runs, Adler tells ISRAEL21c.

Still, isn’t a downloadable program to fix PC boot problems just a bit too ’90s? And what about the myriad anti-virus programs, registry cleaners, and general tune-up software that have been on the market for years? Is Soluto really any better?

All these questions and more are being asked by thousands of people on blogs and news sites where the TechCrunch contest results are being discussed. And Adler has the answers: “The numbers don’t lie. After the TechCrunch award, Soluto’s servers were inundated with users – lots of them – seeking to download the beta application. We expected a traffic spike, but the number of people who have downloaded the application has been amazing. We have been just flabbergasted,” he says.

The response makes perfect sense, Adler continues. “The truth is that the average computer user has a ‘geek’ – a neighborhood kid, or a tech friend – they rely on for advice on dealing with the slowdowns and frustrations that come with running a PC. We’re like those geeks – except you don’t have to go searching for us or bake us cookies in appreciation for the help!”

The comparison to a “neighborhood geek kid” is actually quite apt; nearly all of Soluto’s 25 employees (mostly programmers), including Adler and CEO Dvir, have been playing with computers (actually, programming) since they were kids. Even the company’s marketing director, Orit Balicer Tsur, created her first animated movie at age 10. So, says Adler, the folks at Soluto are just doing what comes naturally. In the company’s first offering, that’s helping folks to boot up their computers faster.

Although the software has only been available publicly since May 24 (the day of the TechCrunch award), already users in over 200 countries have downloaded it, with the anecdotal evidence suggesting that the program can cut boot time by as much as half. While currently the software only checks for boot problems, Adler says the company is working on solutions for printing issues, Windows registry problems, and more. For now the program is free, although Soluto is likely to build it into a “freemium” model, Adler reveals, with direct assistance (instead of just the automatic analysis) available to paying customers, among other possibilities.

One thing that will remain free no matter what, Adler promises, is the “PC Genome” that Soluto is building – the crucial aspect that makes Soluto’s solution better than any other on the market, and even better than buttonholing your local geek for help: “When we find a problem on a PC, we send the data back to our analysts – without personal identification information, of course. That information goes into the PC Genome project, which we will eventually make available to the public, for free. That way, anyone anywhere with a PC problem will be able to track down the problem and find the tried and true solutions that actually work.”

No other solution does this, Adler states, pointing out that all PC users will benefit from the ‘wisdom of crowds’ social networking component built into Soluto. And if imitation is the sincerest form of flattery, in barely a month Soluto has already generated all sorts of imitators and flatterers.

A message on the Soluto blog warns users to download Soluto only from the site, because “it has come to our attention that malware applications are disguising themselves as Soluto software and are being seeded and downloaded on file download sites. These applications have the intent of causing damage to users’ PCs and should not be downloaded.”

Could some of those malware programs be the fruit of competitors seeking to keep the company out of the market? Are they spreading computer mayhem in the name of an innocent Soluto?

Anything’s possible, but Adler says it’s clear that Soluto has tapped into something big. “We ourselves didn’t think a downloadable PC application could win a ‘sexiness’ contest like TechCrunch Disrupt in this day and age,” Adler says. “But the response – and the win – tells the whole story. While the media go on about advanced tech products, it turns out that there is a silent majority – actually a screaming majority – desperate for help. And that’s who we’re here for.”