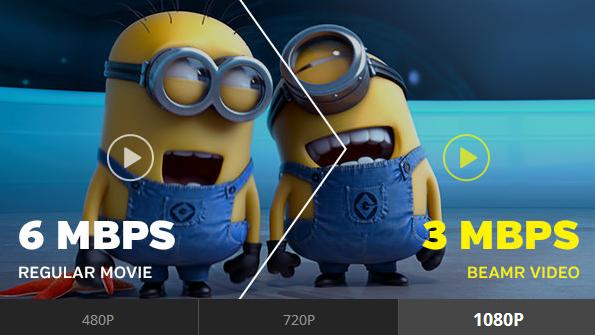 Data compression company Beamr is not able to send an actual person through cyberspace, but their technology does promise to deliver us humanoids “life” quality video at warp speed.

This is really big news for personal computer users, e-commerce sites and the streaming media market.

For everyday folks, Beamr can scale down images straight off your laptop, in the cloud or through Dropbox, clearing up as much as 80 percent of the allocated drive space.

Going from 100 gigabytes to just 30 “makes a lot of space left over for other stuff,” says Dror Gill, CTO of Beamr: “You can search on Twitter and see how much praise we get from users.”

People can do image optimization manually, but Beamr does this automatically and en masse, and just to the point where image artifacts would be noticed by the eye. (A possible downside: compression effects cannot be reversed.) 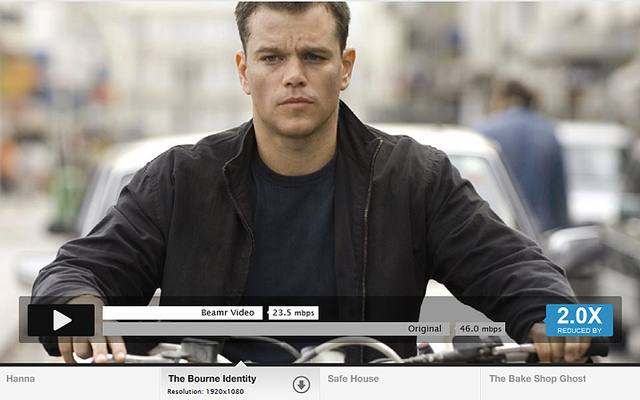 For this service, Beamr offers a free trial version that compresses up to 20 photos a day. After that you need to pay $20 for the app.

Companies pay an annual $2,400 fee for the Linux-based solution, with unlimited use. Beamr’s Gill says they can optimize millions of images every month, even for e-commerce stores in the cloud, like Amazon.

But the big news and business development is in video, Gill says. About 10 major companies, some from Hollywood, are testing out the software to see if it can alleviate media streaming flow issues.

People want video on demand, not video that stops with Brad Pitt in mid-air or mid-kiss. They want Blu-ray quality. They want the latest and they want it now.

This is where Beamr is hoping to rake in the big bucks: “From Blu-ray disks or video cameras we can optimize the video [by compressing it] five times and yet it still looks exactly like the quality of a Blu-ray film,” says Gill.

“We could take streaming videos of Netflix or Hulu and reduce them by 20 to 50 percent of their size. This offers a very important advantage to the providers because when you reduce the bit rate, there is less buffering and the user is very happy. It can also reduce delivery costs,” Gil adds. 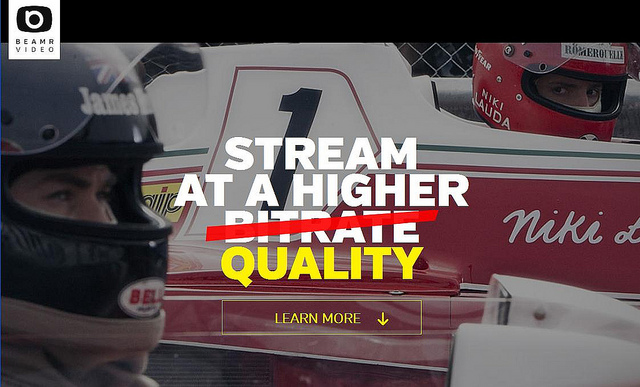 Major companies are testing the software to see if it can alleviate media streaming flow issues.

For consumers in Canada who pay for bandwidth, the cost savings for them could be significant.

The product was launched in September at the International Broadcasting Convention in Amsterdam and an evaluation version is now installed in three of the largest Hollywood studios, according to Gil.

“We haven’t sold a product yet, but 10 customers are evaluating it for streaming their premium content. We can promise a return of investment in 30 days,” he boasts. “You save on every delivery.”

But it’s not just about the money. There’s a little green bit as well.

Like many Israeli high-tech success stories, there is often a secret or powerful IDF intelligence unit at its core. Beamr’s founders aren’t from the illustrious Unit 8200 intelligence group, but its founder Sharon Carmel helped develop battleground simulation software.

Previously, Carmel founded one of the largest startups in Israel –– Emblaze, worth $7 billion at its peak in 2000. He went on to found the file-sharing company BeInSync, acquired in 2008 by Phoenix Technologies. This is Sharon’s third startup, Gil explains.

Beamr is based in Tel Aviv and currently employs 15 people. They have raised a few million dollars from angel investors since their founding in 2009.

UNCOVER ISRAEL - Get the ISRAEL21c
Weekly Edition free by email
Sign Up Now!
Bring Israel's story to life.
Millions of people around the world rely on us to gain a deeper understanding of Israel. We are the trusted source for original content you won't find anywhere else.
You can make a difference. Donate today to support journalism that brings Israel’s story alive.
SUPPORT ISRAEL21c
Read more on:   Dror Gill, israeli startups, Technology, video editing, video streaming, Internet