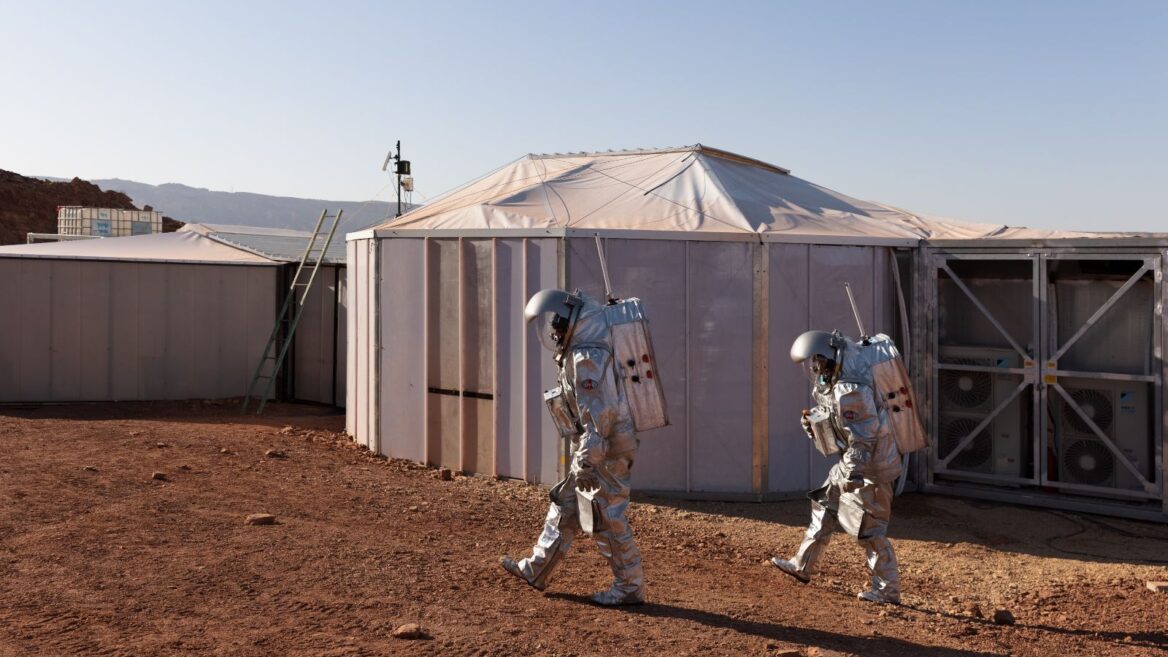 The astronauts walk past their intended habitat. Photo by Florian Voggeneder/OeWF

Yours truly has always thought that Makhtesh Ramon in the Israeli desert looks like somewhere straight out of space, with its masses of reddish sand, bizarre rock formations and general sense of absolute peace and quiet. Turns out, I’m not alone – this month, the crater is playing home to a ‘space’ mission that simulates an expedition on Mars.

With expeditions to Mars already expected to take place in the foreseeable future, the AMADEE-20 Mars simulation, led by the Israel Space Agency and the Austrian Space Forum, seeks to prepare for such expeditions to the Red Planet by conducting analog ones in a setting that is similarto it, both geologically and topographically. 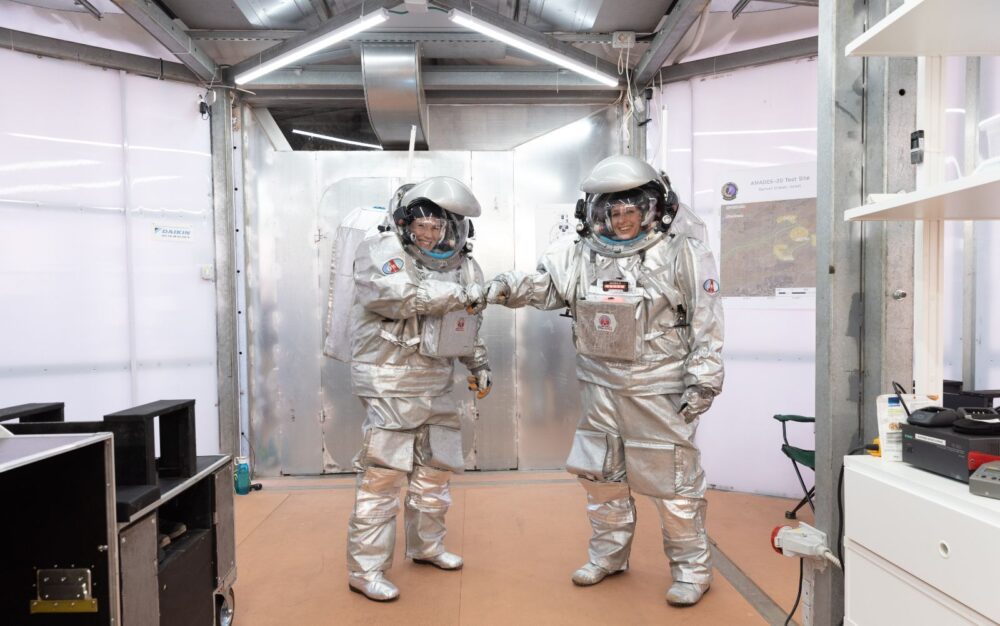 Two crew members are fully suited up ahead of their mission to simulate an expedition to Mars. Photo by Florian Voggeneder/OeWF

To do so, six analog astronauts from Austria, Israel, Germany, the Netherlands, Portugal and Spain are now spending three weeks ‘on Mars’ carrying out some 20 experiments sent in by 200 researchers from 25 countries in order to test their methodologies and equipment. 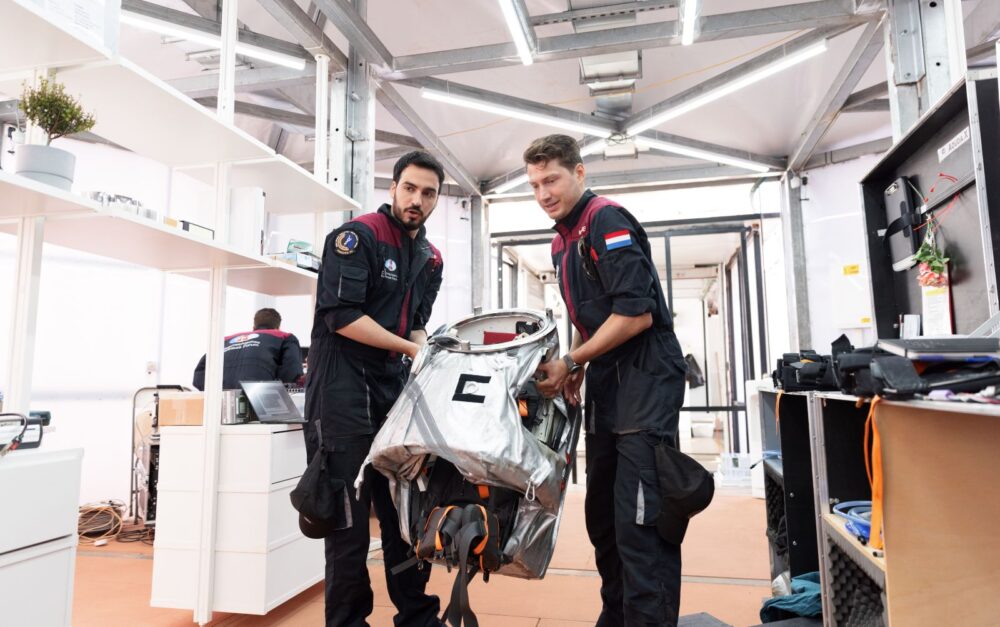 The experiments come from the fields of biology, geology, engineering, medicine and psychology. One experiment, for example, examines the microbiome of the analog astronauts during their stay in ‘space,’ another explores their possible biological contamination of their surroundings, and more are testing the operation of robots and unmanned aerial vehicles for exploration purposes. In addition, the crew is checking out equipment such as anti-radiation vests and moondust-repellent textiles. 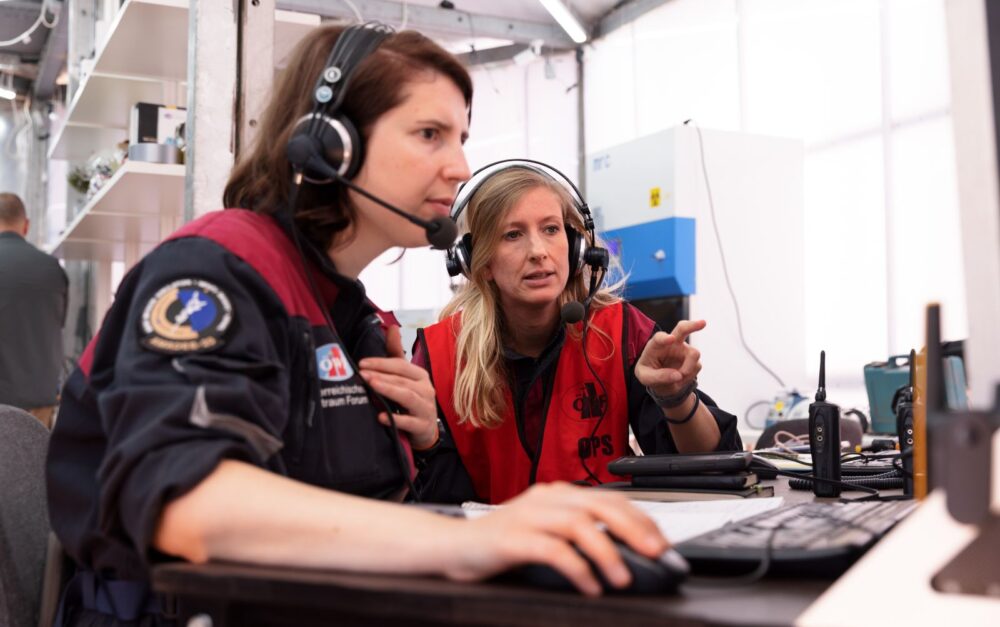 This year’s Mars analog field mission isn’t the first to take place in Makhtesh Ramon – the first such simulation, called D-MARS, already took place in 2018, and the astronauts that participated in it spent their time measuring cosmic radiation and collecting ground samples from the site. 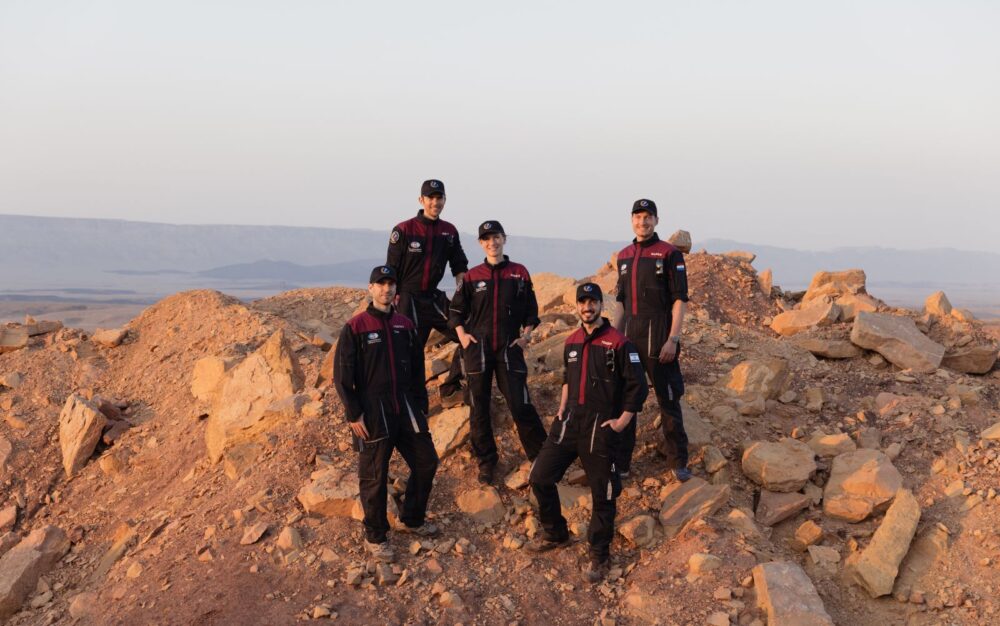 The analogue astronauts pose against the desert backdrop ahead of their mission. Photo by Florian Voggeneder/OeWF 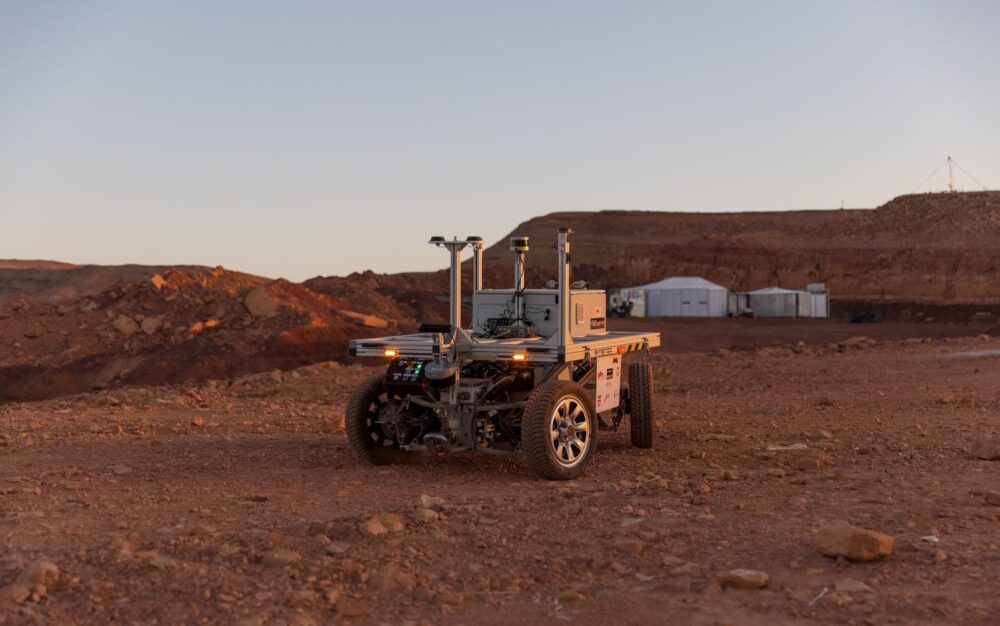 A rover set to be tested as part of the mission makes its way around the terrain. Photo by Florian Voggeneder/OeWF

The first Mars ‘settlement’ on Earth was established on an is land in northern Canada back in 2000. Since then, similar sites were established in Utah, Hawaii and Moscow, but this year’s AMADEE-20 expedition is the most complex one to date. 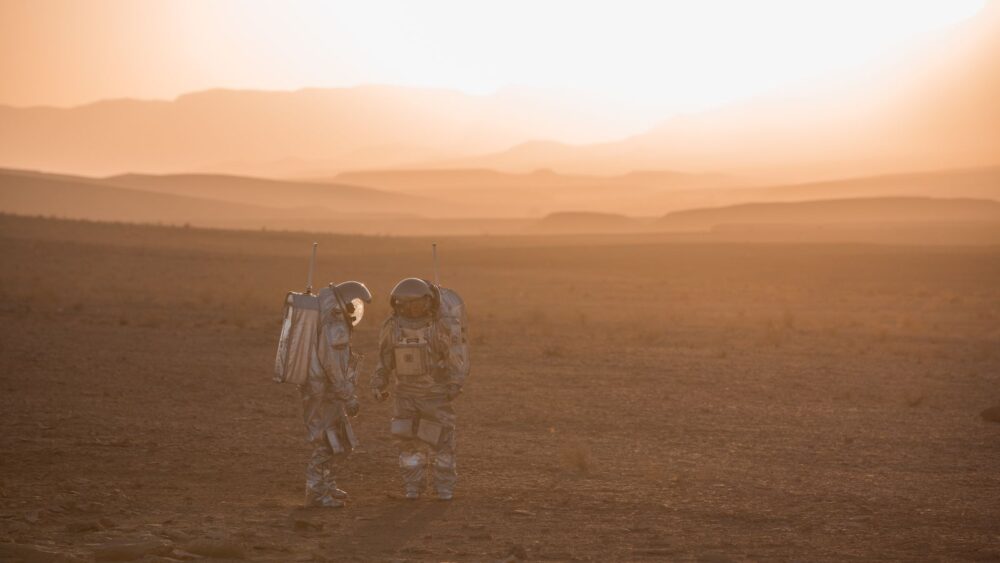 Two analog astronauts stroll around Makhtesh Ramon in the Israeli desert ahead of the AMADEE-20 Mars simulation. Photo by Florian Voggeneder/OeWF

“Our cooperation with the Austrian Space Forum and the hosting of AMADEE-20 in Israel are in line with our policy to support science, take part in the international efforts for manned space expeditions and to promote our educational program. We are proud to be part of the mission and will make every effort to ensure its success,” says Israel Space Agency director Avi Blasberger. 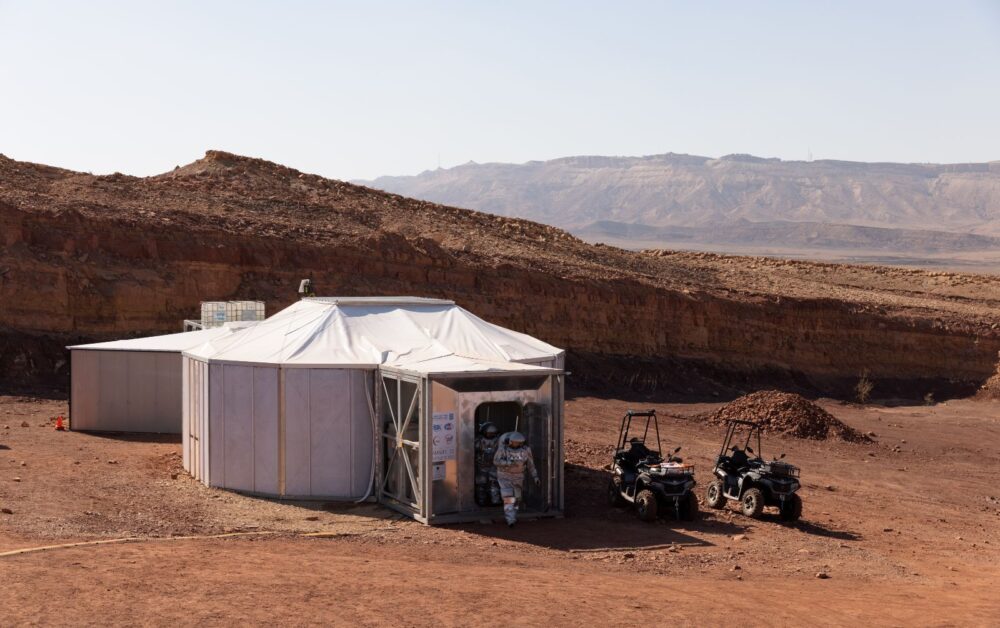 The analog astronauts leave their habitat through an airlock. Photo by Florian Voggeneder/OeWF
UNCOVER ISRAEL - Get the ISRAEL21c
Weekly Edition free by email
Sign Up Now!
Bring Israel's story to life.
Millions of people around the world rely on us to gain a deeper understanding of Israel. We are the trusted source for original content you won't find anywhere else.
You can make a difference. Donate today to support journalism that brings Israel’s story alive.
SUPPORT ISRAEL21c
Read more on:   Spotlight on Israel, Israel Space Agency, D-MARS, Mars, astronauts, Space Travel