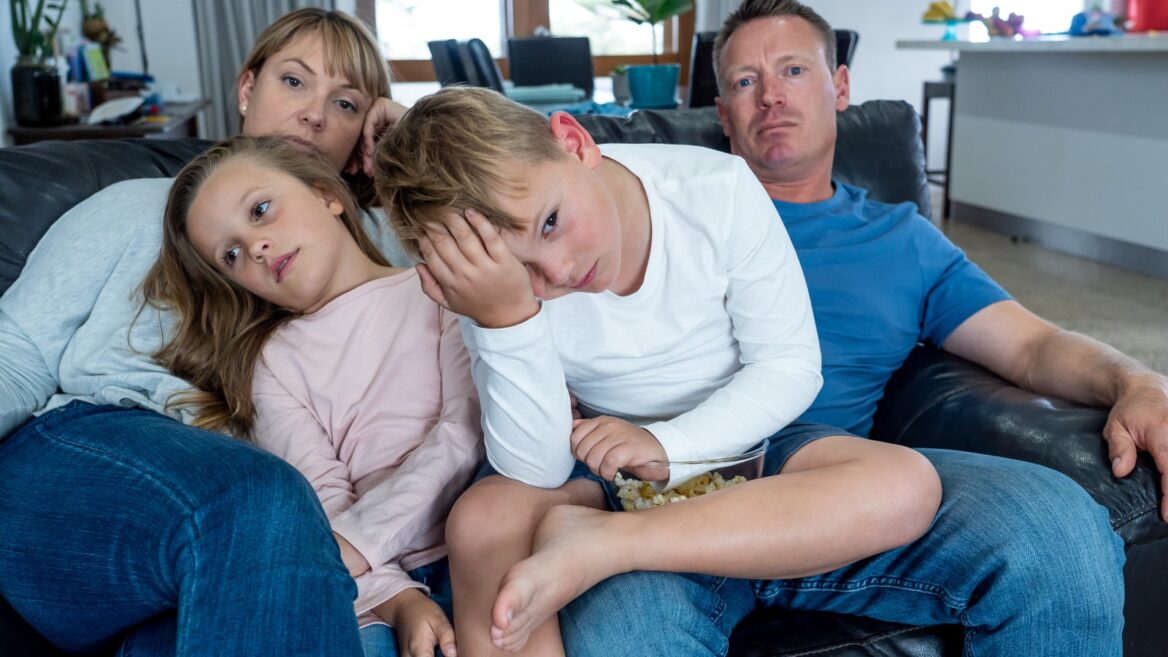 Lockdown leads parents to use morbid humor to display the very real difficulties they were encountering. Photo by Sam Wordley via Shutterstock.com

In what is probably the most fun academic study published to date, two Israeli scholars recently burrowed into WhatsApp groups to unearth the black humor, little jokes and notes of desperation emanating from parents countrywide as they found themselves stuck at home with their offspring for weeks on end during lockdown last spring.

Aptly titled “‘We Decided We Don’t Want Children. We Will Let Them Know Tonight’”: Parental Humor on Social Media in a Time of Coronavirus Pandemic,” the study recently was published in the International Journal of Communication.

Researchers Dafna Lemish from Rutgers University of New Jersey and Nelly Elias from Ben-Gurion University of the Negev (Beersheva) shed light on the humor representing the challenges parents were facing.

They found parents were preoccupied with four main themes: parental hardship, coping strategies, remote schooling and the role of grandmothers.

A total of 396 distinct items were included in the dataset, all of them in Hebrew and found either on WhatsApp groups or on an Israeli website that regularly showcases humorous items. They were comprised of texts, photos, comics and illustrations.

Research shows that parental hardship pearls of wisdom included jokes such as “Hold on, they are closing schools and kindergartens with the children inside, right?” as well as the salient “Anybody who thinks that the quarantine will lead to a baby boom –has never had even a quarter of a child.”

Coping strategies highlighted the abundance of quips about eating and drinking too much, hiding from the kids and indulging in the odd illegal substance or two. Images of children chained to the wall – in jest — also made the rounds.

Remote schooling, which has been frustrating parents, children and teachers everywhere, also received some prime attention, with some jokes admiring teachers for their valiant efforts and others letting off steam over the impossible situation.

‘Tired of watching my mother’s grandchildren’

Because of social distancing, grandmothers were unable to carry out their usual life-supporting mission of looking after the grandkids, much to the horror of those children’s parents.

“I am really tired of watching my mother’s grandchildren,” one mother noted wistfully.

Meanwhile, images of grandmothers being set free and running off into the horizon suggested that perhaps at least one side of the equation was getting much-needed rest.

Despite the fun overtones, the research noted that Covid-19 heightened the negative emotions that even in usual times can accompany the rollercoaster ride otherwise known as parenting.

Parents, the researchers noted, were using morbid humor to display the very real difficulties they were encountering and to challenge the expectation of them to be endlessly loving and patient with their offspring.

“Overall, this article highlights the unique role that humor plays as an outlet for parents’ anxieties and distress during the pandemic,” Lemish and Elias write.