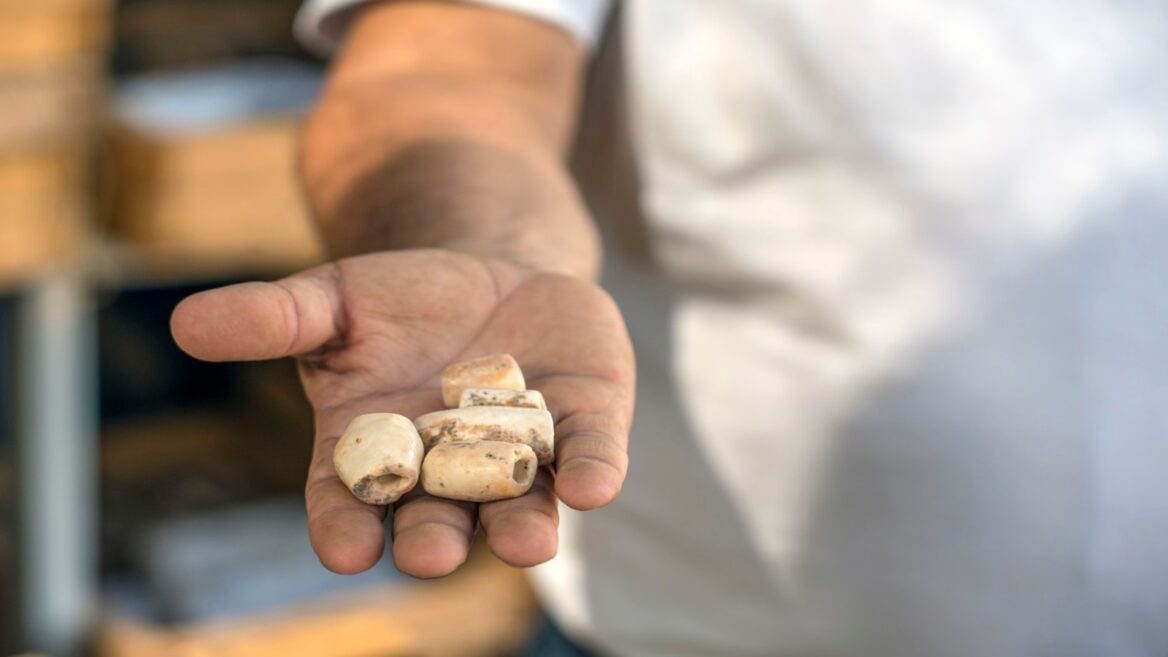 Archeology nowadays deals with contemporary issues such as climate change as well as more traditional artefacts. Photo by Yaniv Berman/IAA

Once upon a time, archeology was very much the realm of history buffs and dusty shovels. Fast forward to 2020, however, and you’ll find DNA testing and questions of climate change leading the field.

These trends and others are the result of the great technological advancements made in archeology in recent years, explains Prof. Gideon Avni, head of the Archeology Division at the Israel Antiquities Authority. “Archeology is going to be a much more central part not only in the field of history and the study of culture, but also in areas of natural science,” says the veteran expert. “There is much more connection between archeology and the natural sciences than there was 30 years ago.”

“As a result, archeology has become a tool for very relevant questions, for example the issue of climate change with which large parts of the scientific community are dealing,” he explains.

“They ask archeologists whether the climate and environmental conditions that existed in the past can be reconstructed, and whether we can learn anything from it for today,” Avni notes. “On the scientific front, the importance of archeology is growing greater because accuracy is higher, and much scientific research is nowadays carried out in cooperation between archaeologists and climate researchers.”

Climate change isn’t the only field that archeology is busying itself with nowadays. Another popular development noted by Avni is the focus being given to historic, and even prehistoric, everyday life.

This includes using scientific methods such as DNA testing and carbon-14 dating to uncover what ancient cities, villages and even fields looked like and answering questions such as what early inhabitants of the Land of Israel enjoyed eating.

How is this done? By researching things like the type of cement used for building houses in ancient times or when different types of seeds were first planted in the region.

Eggplants, for example, are now known to have first made their way from Central Asia to this corner of the world in the 8th century CE, around the time sugar as we know it arrived in the country with the European Crusaders.

Wheat, barley and olives, meanwhile, have been proven to be a staple part of the local diet for the past 8,000 years. Recent years have also seen the investigation of ancient dinnerware, cotton types, and the eternal favorite – beer.

Most active archeology area in world

Aside from enabling a sneak peek at the diet and living customs of our forefathers, this type of research also uncovers other big questions regarding the flow of populations and trade.

Since pre-historic times, the region has served as a bridge between different parts of the world, leading to many interesting artifacts and people making their way through and to the area.

This centrality of the region means that traditional forms of archeology are still very important to people.

“Usually, when you describe archeology to the wider public, you immediately reach issues of identity,” Avni notes. “When talking about the public in Israel, for example, the great discoveries that resonate are things like Masada, digs in Jerusalem and the Dead Sea scrolls.”

“For the Christian public, there’s all the discoveries that relate to the activities of Jesus in Jerusalem and the attempts to find things that relate to the figure himself,” he says, adding that similar identity-related finds also appeal to the Muslim public. 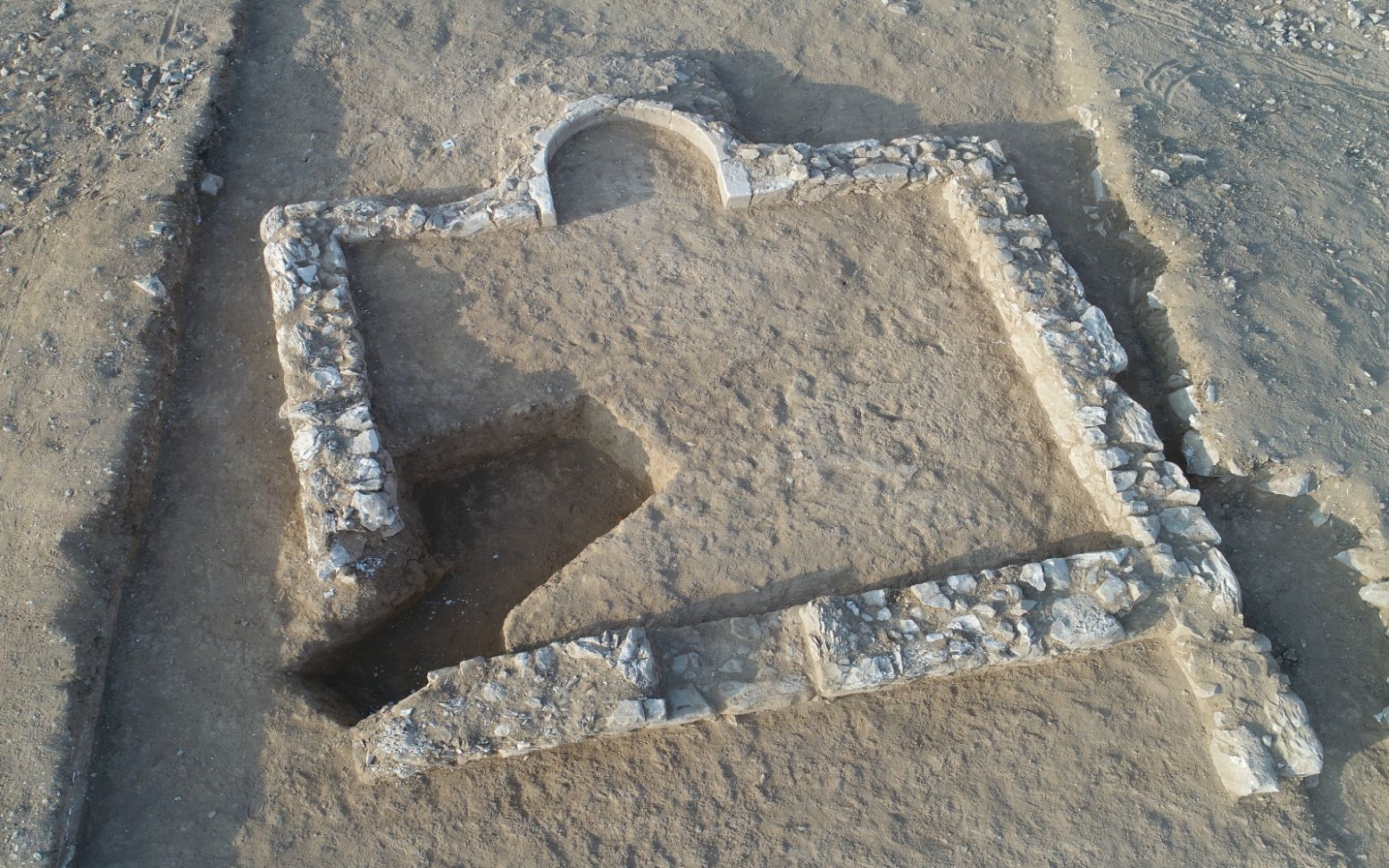 An ancient rural mosque discovered ahead of construction works in the desert town of Rahat. Photo by Emil Aladjem/IAA

“This is the Holy Land and the land of the large three monotheistic religions. The relics that we find usually relate to one of these religions, and that’s why the revelations resonate more than elsewhere,” Avni says.

“In terms of work intensity, we’re perhaps the most active area in the world in terms of archeology,” he adds, noting that around 300 digs take place each year in Israel.

Some 80 percent of these are what’s called “rescue digs,” excavations that take place ahead of development and construction works. An ancient inscription discovered ahead of roadworks in Jerusalem. Photo by Yoli Schwartz

These types of digs over the last 30 years have unearthed important findings such as the recently discovered Neolithic settlement outside of Jerusalem. 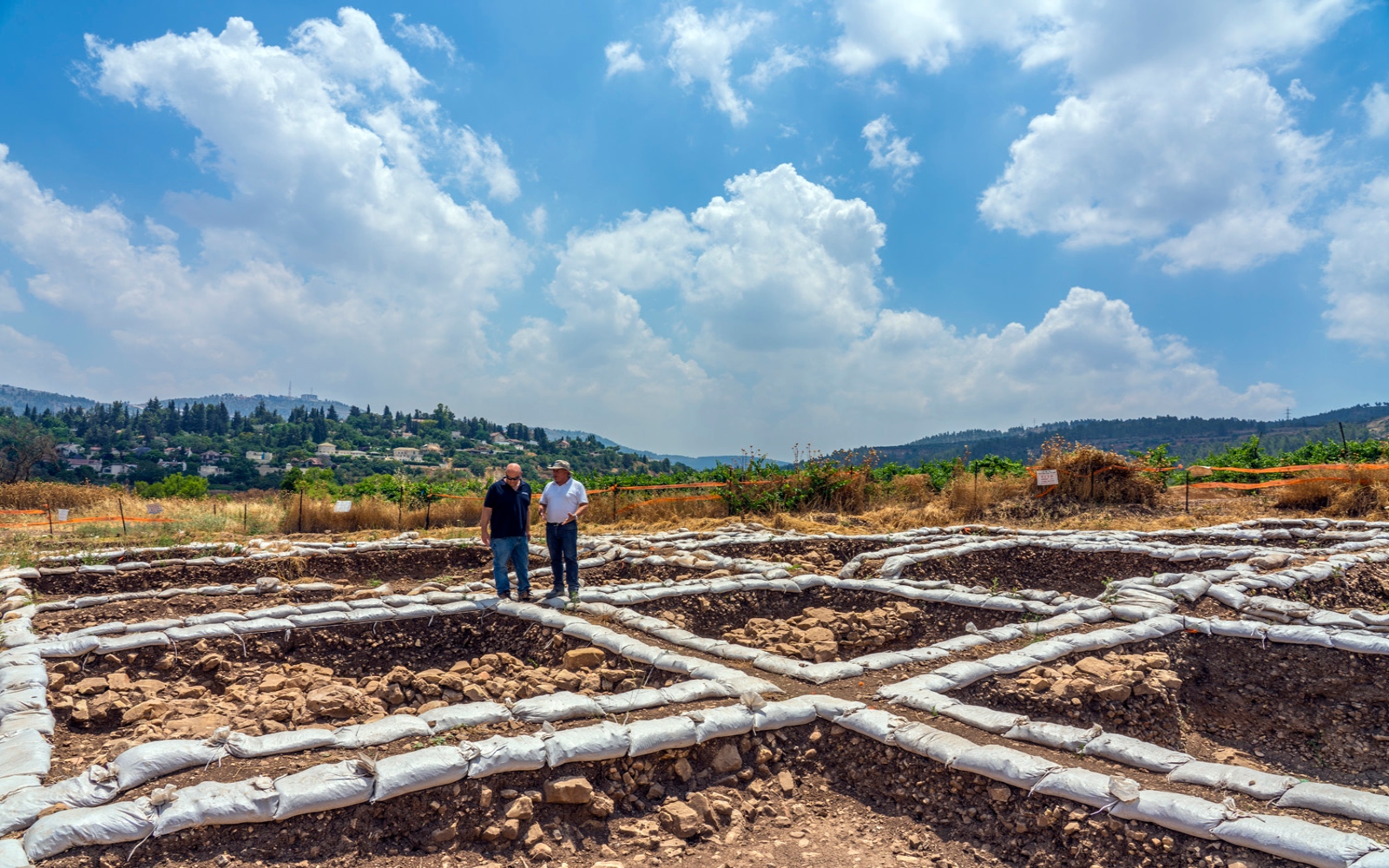 Excavation work at the remains of a Neolithic settlement outside of Jerusalem. Photo by Yaniv Berman/IAA

Avni says that the wide scope of these types of works has also revealed more about periods previously thought to be less fruitful in terms of archeological relics, such as the Crusader period and the Muslim period in the Land of Israel.

“We know it had much greater meaning,” he says.

“A lot more people lived here, a lot more settlements, a lot of industries that we weren’t familiar with,” he adds. “At some periods, this land was almost as developed as in modern times.”

UNCOVER ISRAEL - Get the ISRAEL21c
Weekly Edition free by email
Sign Up Now!
Bring Israel's story to life.
Millions of people around the world rely on us to gain a deeper understanding of Israel. We are the trusted source for original content you won't find anywhere else.
You can make a difference. Donate today to support journalism that brings Israel’s story alive.
SUPPORT ISRAEL21c
Read more on:   Environment, Archeology, Israel Antiquities Authority