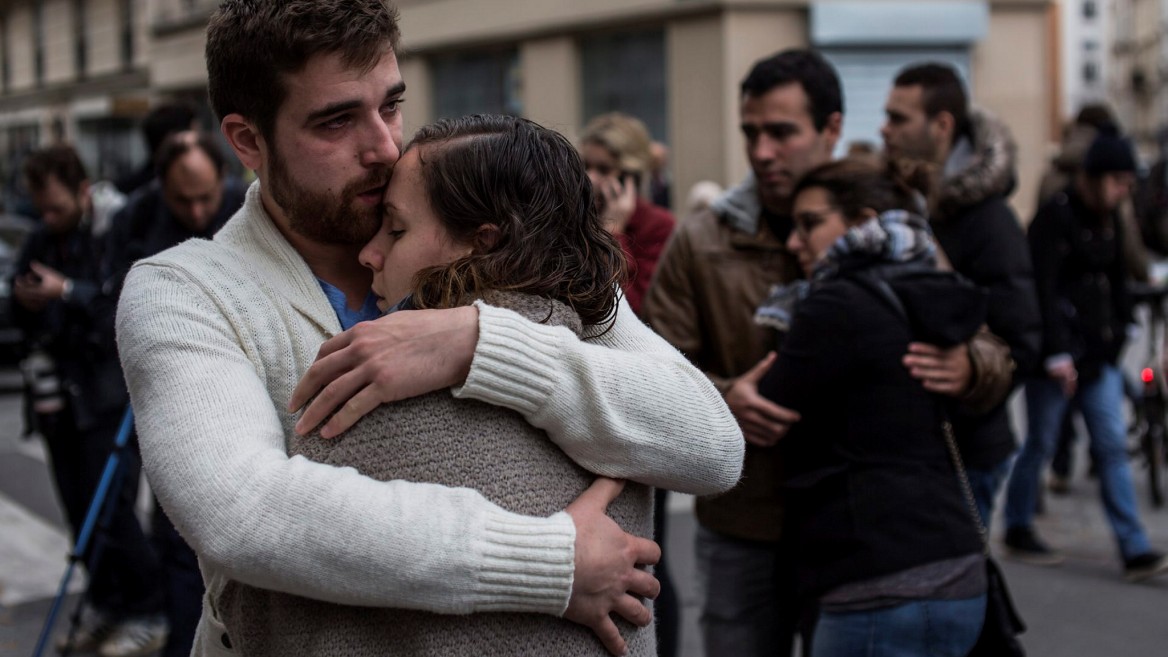 Parisians console each other in the wake of Friday’s massive terror attacks. Photo by Laurence Geai/Flash90

On November 14, the day of the Paris terror attack, Facebook Israel Country Manager Adi Soffer-Teeni and Director of Engineering Roi Tiger superimposed a French flag on their Facebook profile photos as did many other people.

For these executives, the gesture of solidarity was mixed with a more personal connection: It was at the Tel Aviv headquarters of Facebook Israel that the current version of Facebook Safety Check was developed.

In the wake of the Paris tragedy, some 4.1 million people checked in with friends and relatives using the Safety Check feature, and around 360 million people received automatic messages through it from friends in Paris who had marked themselves as “safe.”

Facebook Japan introduced the forerunner of Safety Check, called Disaster Message Board, after the Japan earthquake and tsunami in March 2011. Due to its popularity among users of the social-media site, the technology was then sent for full development to the Israeli R&D team.

“It’s a positive project that makes us proud to come to work each day,” said Tiger at a press conference. “For us, the idea of taking technology and giving it a moral aspect is important.”

“Facebook has become like a public square, used by over a billion people, so being able to leverage the platform to enable people to receive reassurance that their loved ones are safe is something we are very proud to be a part of.”

From earthquakes to typhoons and now terror attacks

Paris marked the first time Safety Check was activated following a terror attack, and Facebook has pledged to continue using it for manmade disasters.

Facebook Growth VP Alex Schultz said in a statement: “We chose to activate Safety Check in Paris because we observed a lot of activity on Facebook as the events were unfolding. In the middle of a complex, uncertain situation affecting many people, Facebook became a place where people were sharing information and looking to understand the condition of their loved ones. … We want this tool to be available whenever and wherever it can help.” 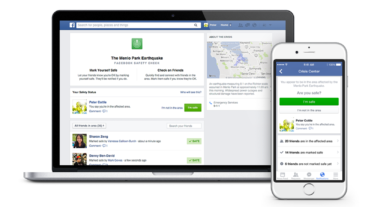 According to a Times of Israel report, Facebook Israel also is involved in Facebook’s Internet.org project, which provides free access to basic Internet services in countries including the Philippines, India and Ghana.

“For us, it’s a great thing to be able to get up in the morning and not only do a challenging job, but one we know is helping people around the world,” said Tiger.

He was a founder of Ramat Gan-based Onavo, which Facebook acquired in 2013 and built into its R&D site. Currently, the 60 Facebook Israel employees occupy four floors of a Tel Aviv office tower on Rothschild Boulevard.