Groundbreaking results of a new Israeli clinical study reveal that type 1 diabetes can be treated effectively and safely with Alpha1-Antitrypsin (AAT), an anti-inflammatory protein that our body normally generates when we’re sick.

“While looking for drugs to cure diabetes, we sought a different path from available and experimental treatments — one that tackled the problem, not merely the symptom of dangerously high glucose levels,” prominent immunology researcher Eli Lewis of Ben-Gurion University (BGU) of the Negev tells ISRAEL21c.

He did the study in collaboration with the University of Colorado’s Health Science Center, funded by Omni Bio. Type 1 diabetes (also called juvenile diabetes) is characterized by difficulty regulating blood-sugar levels because the hormone insulin – responsible for distributing glucose to the body’s cells for energy — either isn’t produced or does not get distributed because of an abnormal autoimmune response.

To understand the “different path” Lewis speaks of, one needs to understand that an adult pancreas has approximately a million clusters of 3,000 to 4,000 hormone-producing cells called islets of Langerhans. The predominant type of cell in these islets is the beta cell, which senses when sugar is elevated in the blood and releases insulin to remove glucose from the blood into the peripheral tissues that then store it or break it down and convert it into energy.

When the immune system mistakes beta cells for “enemies” attacking the body, it destroys them. When two-thirds of the islets are destroyed, the body no longer produces sufficient amounts of insulin. This is called type 1 autoimmune diabetes, and requires frequent checking of glucose levels and calculated doses of injected insulin. Even with treatment, too-high glucose levels are common.

Type 2 diabetes, on the other hand, is primarily metabolism-related and does not involve the immune system attacking islets.

According to Lewis: “In 2002-3, one particularly exciting new treatment being tested for type 1 diabetes was islet transplantation. And though the results were impressive – removing patients’ need for insulin injections altogether with perfectly normal blood glucose throughout their day — there was a key problem with it. To prevent the immune system from attacking any transplant, steroids were administered. But steroids damage islets and are therefore contraindicated in this procedure.”

Lewis and his team decided to look for another “safe and available” way to address inflammation, while protecting islets from immune response and focusing on approaches safe for children. 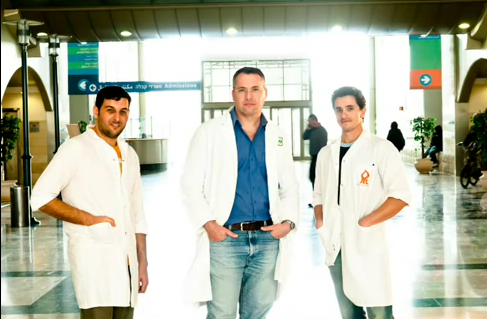 This was a novel therapy using AAT (a protein that protects tissue from inflammatory damage when we’re sick) to combat inflammation without damaging the insulin-producing beta cells.

The effects of treating recently diagnosed diabetes with AAT “were immediately apparent,” says Lewis, director of the BGU Clinical Islet Laboratory; a lecturer in clinical biochemistry, pharmacology and immunology at BGU; and associate editor of the Journal of Frontiers in Immunology.

AAT treatment enabled some of the subjects of a wide age range to go off insulin injections for more than two years following the eight- to 12-week regimen, with no adverse side effects.

There is one caveat, however.

Lewis explains that his research team’s clinical trials are being conducted with patients recently diagnosed with the disease, “during its most dynamic state, when it is still progressing. We were afraid that addressing the problem in patients that are farther down the road would leave us no islets to protect.”

Results from three parallel trials over the past seven years — one in Israel, a second at the Joslin Center for Childhood Diabetes in Boston and the third at the Barbara Davis Center for Childhood Diabetes in Colorado — were recently published in the Journal of Clinical Endocrinology and Metabolism. Lewis and his co-researchers are now recruiting for three more extension trials at these same locations, in which the treatment protocols will be more diverse.

But Lewis says that it will be another two years before AAT is given US Food and Drug Administration approval to treat diabetes on-label. In the meantime, dozens of families have been able to attain it “off label.” This means that it is legal with a prescription from a physician, but not yet formally indicated for the treatment of diabetes.

“Five years ago, it was hard to persuade doctors to prescribe it for this indication,” Lewis says. “Today, it’s hard to keep them from doing so, both because families of kids with recently diagnosed diabetes are desperate, and because treatment with AAT produces no side effects. The worst that can happen is that a child goes back to injecting insulin, no harm done.”

Equally interesting is the fact that “even non-responders – those who were not able to stop insulin injections after receiving AAT therapy — had benefits,” says Lewis, who is now examining similar possibilities for the treatment of other immune disorders, such as multiple sclerosis and Crohn’s disease. “Renowned endocrinologists who, at first, were skeptical are now mind-blown.”