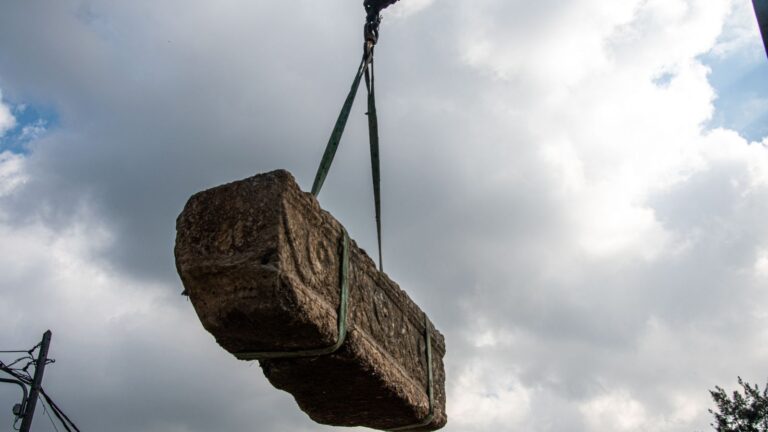 One of the ancient sarcophagi unearthed at the Ramat Gan Safari Park hangs high off the ground. Photo by Yoli Schwartz/Israel Antiquities Authority

In a fascinating archeological discovery, two ancient sarcophagi were recently unearthed at the Ramat Gan Safari Park in Israel – but not for the first time.

The Roman-era stone coffins were already discovered many years ago at the zoo’s parking lot and transferred to an area near the veterinary clinic and the African savannah zone. But they were forgotten and disappeared once again beneath sand and thick vegetation.

When construction of a new wildlife hospital was underway, the head of the African savanna zone noticed the two coffins jutting out of the ground and quickly contacted the zoo’s animal health and management director, who in turn got in touch with the Israel Antiquities Authority’s theft prevention unit.

According to IAA archeologists, the sarcophagi are around 1,800 years old and date back to the Roman period. They’re made of local stone, probably from the Judean Hills or Samaria, and were a locally produced imitation of prestigious marble from the Turkish island of Marmara. 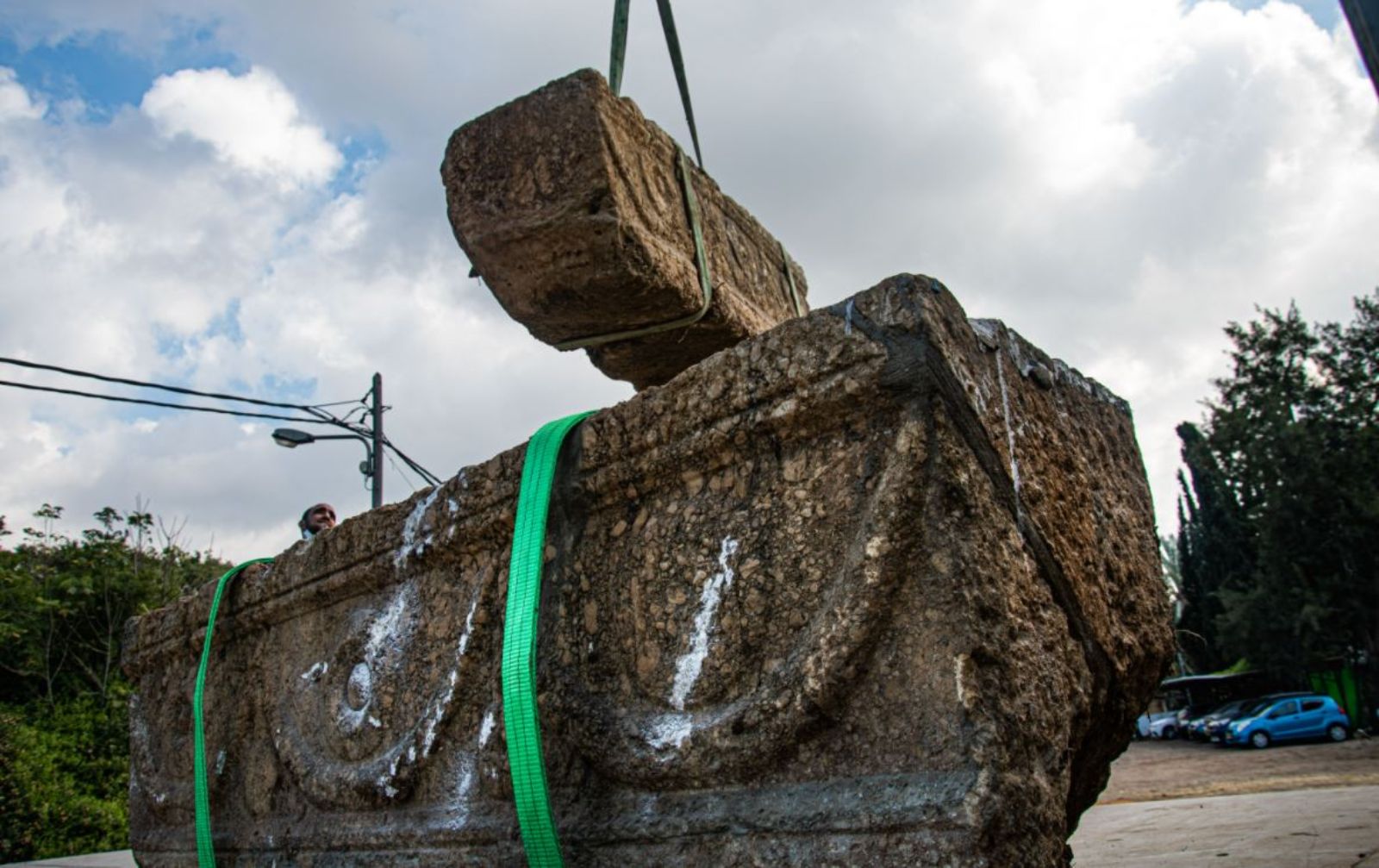 Researchers believe the two sarcophagi may have been made for a husband and wife or for members of the same family. Photo by Yoli Schwartz/Israel Antiquities Authority

Based on the stones and their identical ornate decoration, the coffins are assumed to have been intended for people of high status, possibly a husband and wife or members of the same family. They include symbolic discs meant to accompany the soul on its journey to the afterlife.

The precious finds have now been transferred to the Israeli National Treasures repository.