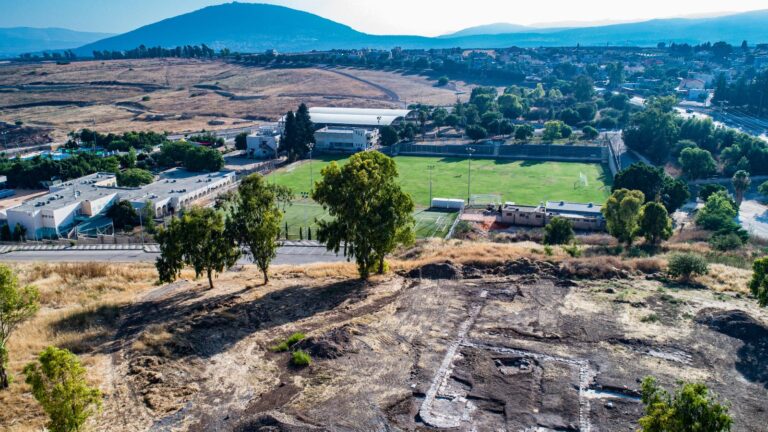 In an impossibly Israeli turn of events, work ahead of construction of a children’s playground in a Muslim town in the north recently unearthed the remains a Christian church dating back 1,300 years, complete with ornate mosaics.

The discovery was made in the Circassian town of Kfar Kama in the Lower Galilee. Circassians are an ethnic group originating in the Caucasus, a small number of whom reached Ottoman-era Palestine in the late 19th century following war.

Kfar Kama is one of two Circassian towns in Israel, the other being Rehaniya. Its residents are Sunni Muslims whose mother tongues are Hebrew and Adyghe, or West Circassian.

The church that was unearthed measures 40 by 120 feet, and includes a central hall, a foyer and a large courtyard. 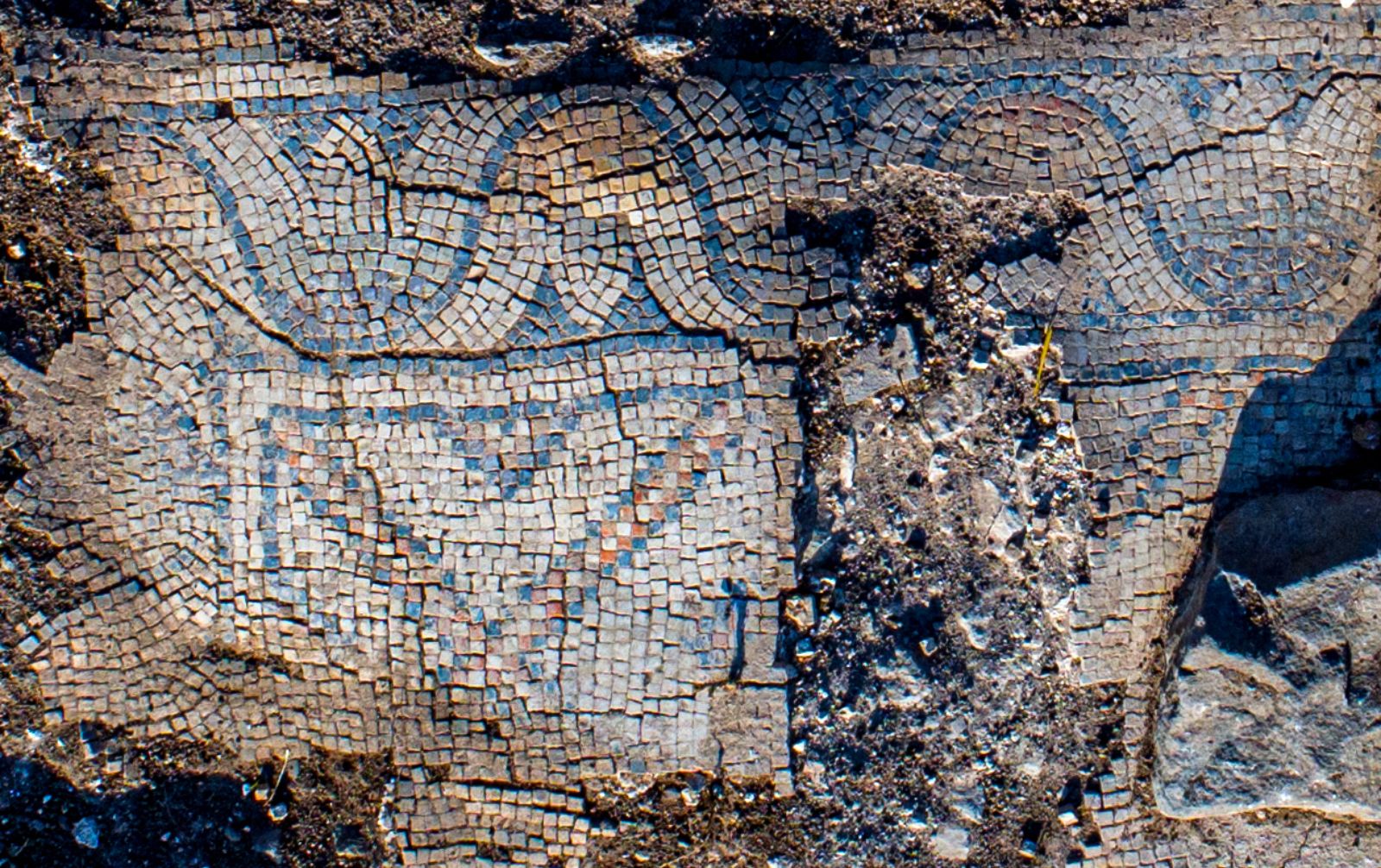 The mosaic floor of the ancient church. Photo by Alex Wiegmann/Israel Antiquities Authority

“Particular to this church is the existence of three apses (prayer niches), while most churches were characterized by a single apse,” explains Israel Antiquities Authority archaeologist Nurit Feig.

“The nave and the aisles were paved with mosaics which partially survived. Their colorful decoration stands out, incorporating geometric patterns and blue, black, and red floral patterns. A special discovery was the small reliquary, a stone box used to preserve sacred relics.”

Researchers also found a series of partially uncovered rooms adjacent to the church. A radar inspection revealed further, yet-uncovered rooms at the site, suggesting that the complex served as a sixth-century monastery.

In the early 1960s, a smaller church from the same era was excavated in the village. Together, the two finds hint at the importance of what was then a Byzantine Christian village. This corresponds with the village’s proximity to Mount Tabor, which according to Christian tradition is the site of the Transfiguration.