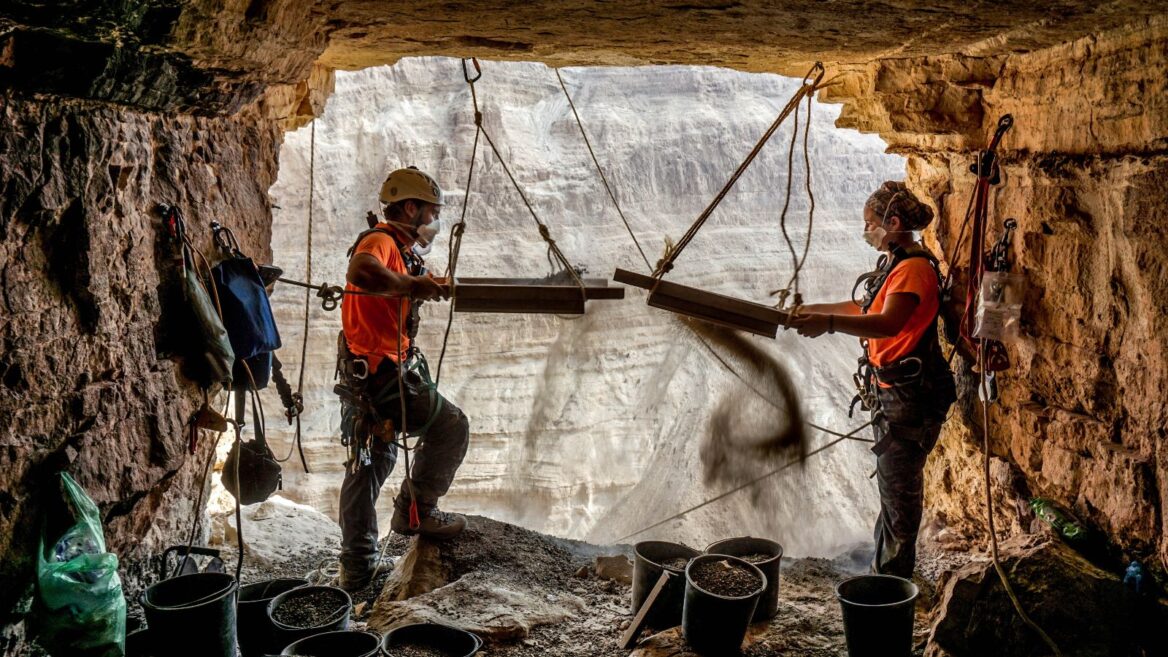 Archeologists sift finds at the Cave of Horror in the Judean Desert.(Eitan Klein/Israel Antiquities Authority)

In an operation that would put Indiana Jones to shame, a huge anti-looting dig carried out in the Judean Desert has unearthed historical finds of great significance, including fragments of ancient biblical scrolls, a 6,000-year-old skeleton of a young child, coins used by Jewish rebels and the oldest woven basket known to mankind. 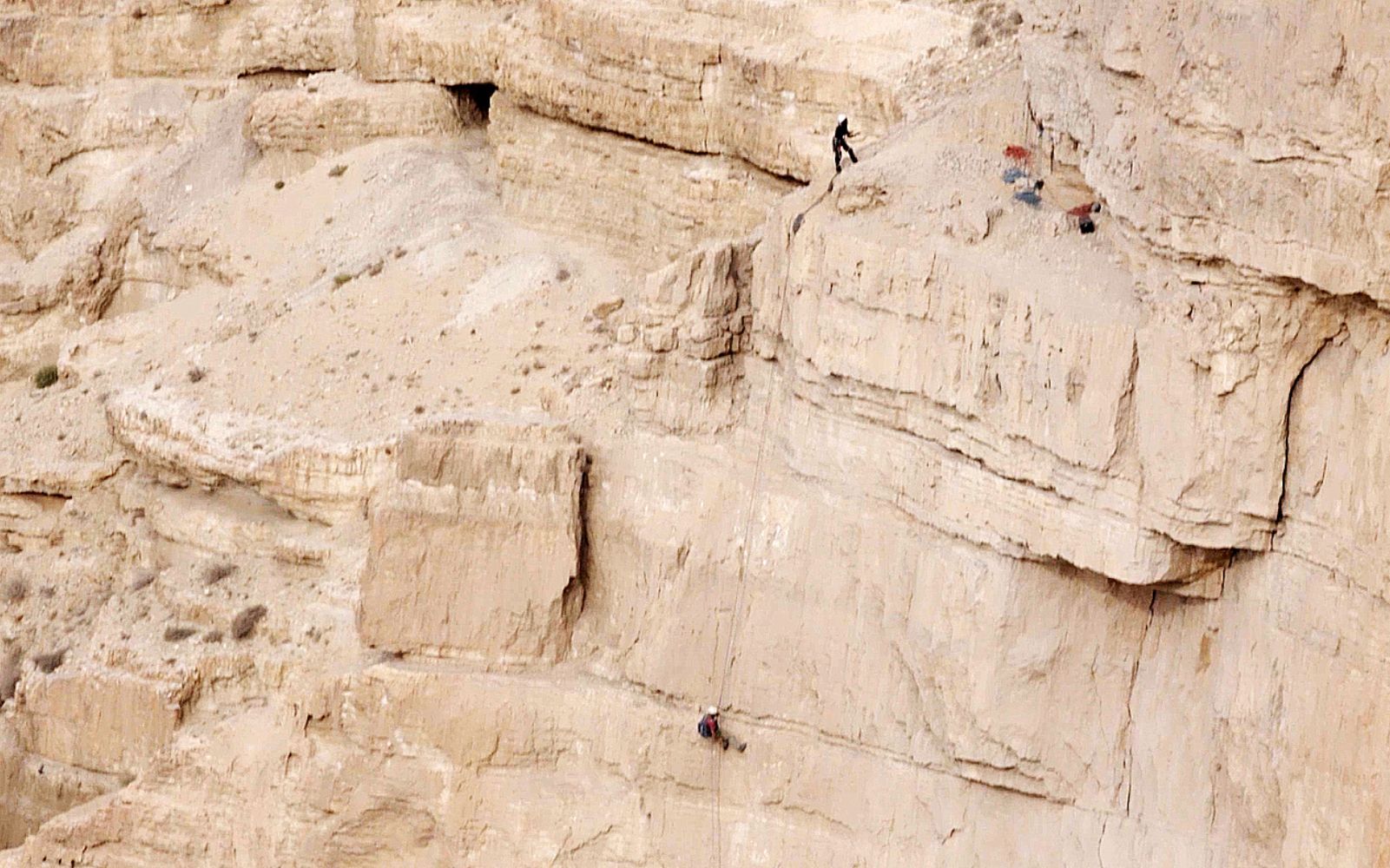 Rappelling to the Cave of Horror. (Highlight Films/Israel Antiquities Authority)

The operation began in 2017, when the Israel Antiquities Authority, government agencies and volunteers set to survey 50 miles of caves in the Dead Sea area using drones, rappelling and mountain climbing techniques to access the almost unreachable caves.

The climatic conditions in these caves enabled the preservation of ancient documents like the Dead Sea Scrolls that include the earliest known copies of the Biblical Books and as such have drawn the attention of looters out to make a fortune. The dig’s participants wanted to reach these sites before the looters did and were rewarded with a plethora of important finds from various periods. 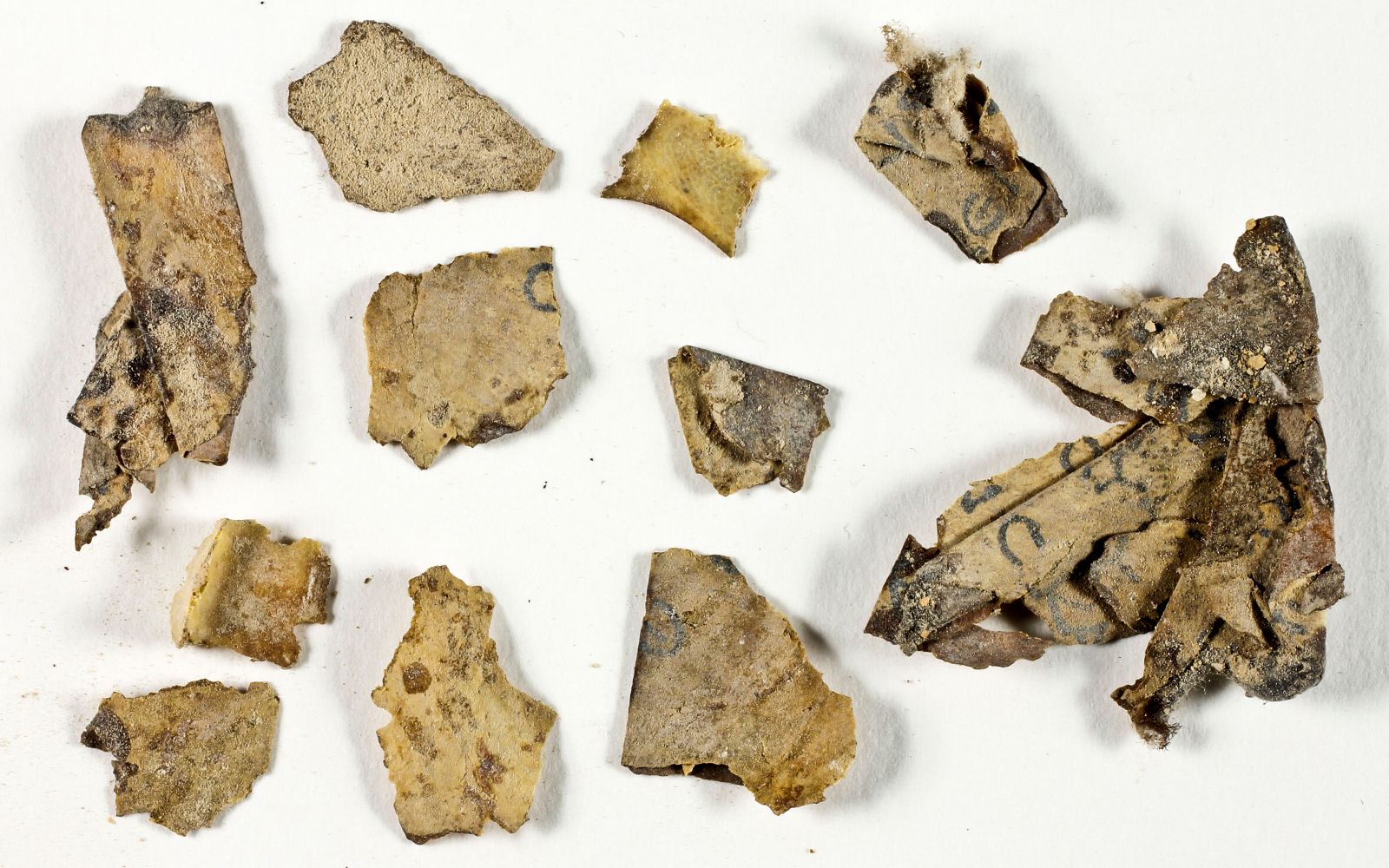 Sections of the Book of the Twelve Minor Prophets scroll prior to their conservation. (Shai Halevi/Israel Antiquities Authority) Fragments of a Greek scroll of the Book of the Twelve Minor Prophets, for example, were discovered in a cave where Jewish rebels hid almost 1,900 years ago. They are the first biblical scrolls to be discovered in the area in the past 60 years and were located in the Cave of Horror – a 260-foot drop from the cliff’s top – and reached only by rope. 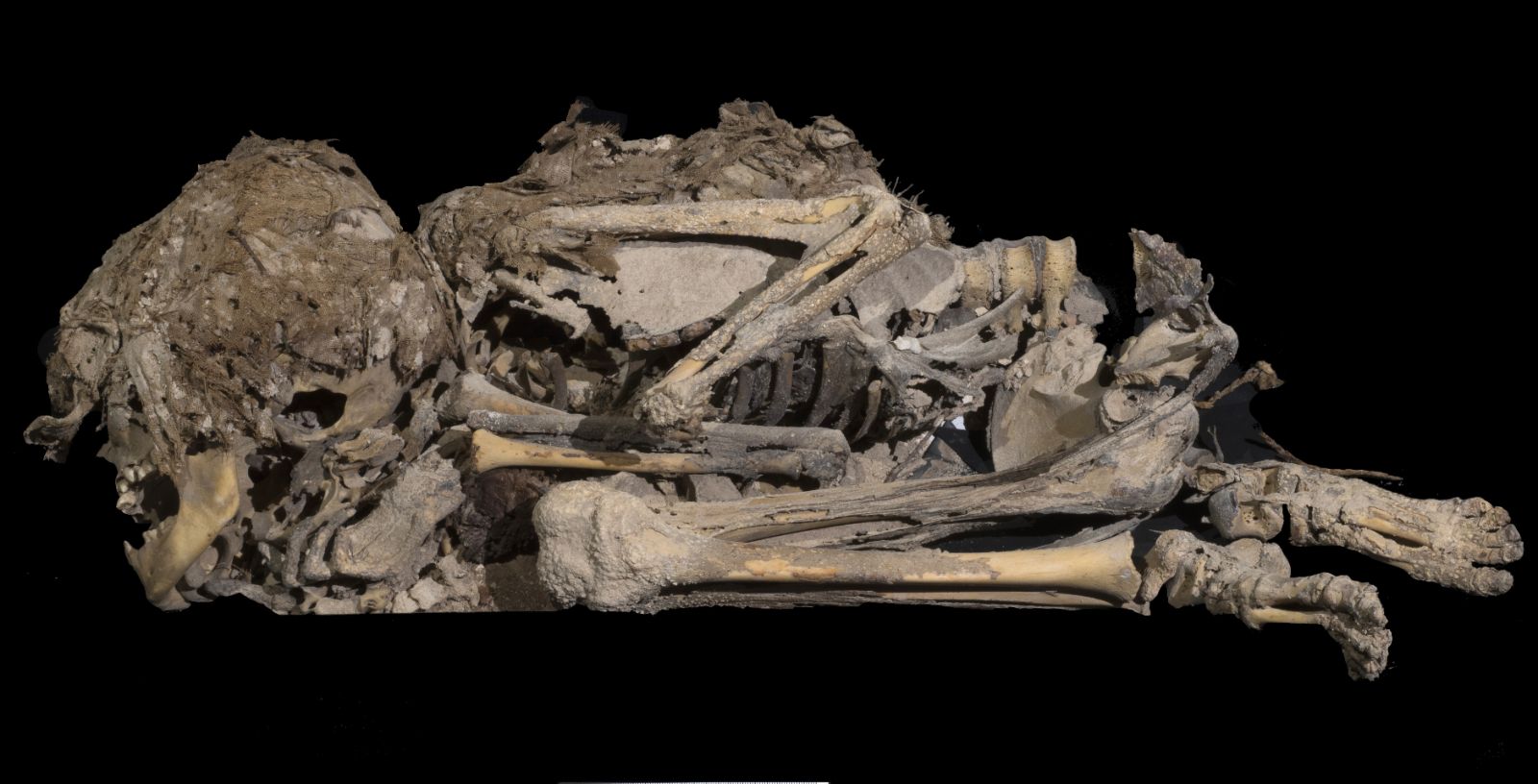 The ancient skeleton of a young child who was buried wrapped in cloth. (Emil Aladjem/Israel Antiquities Authority)

Also dating back to the times of the Bar Kochba Revolt, archaeologists found in the digs a cache of rare coins bearing Jewish symbols such as a harp and a date palm, as well as arrowheads, woven fabric, sandals and even lice combs. 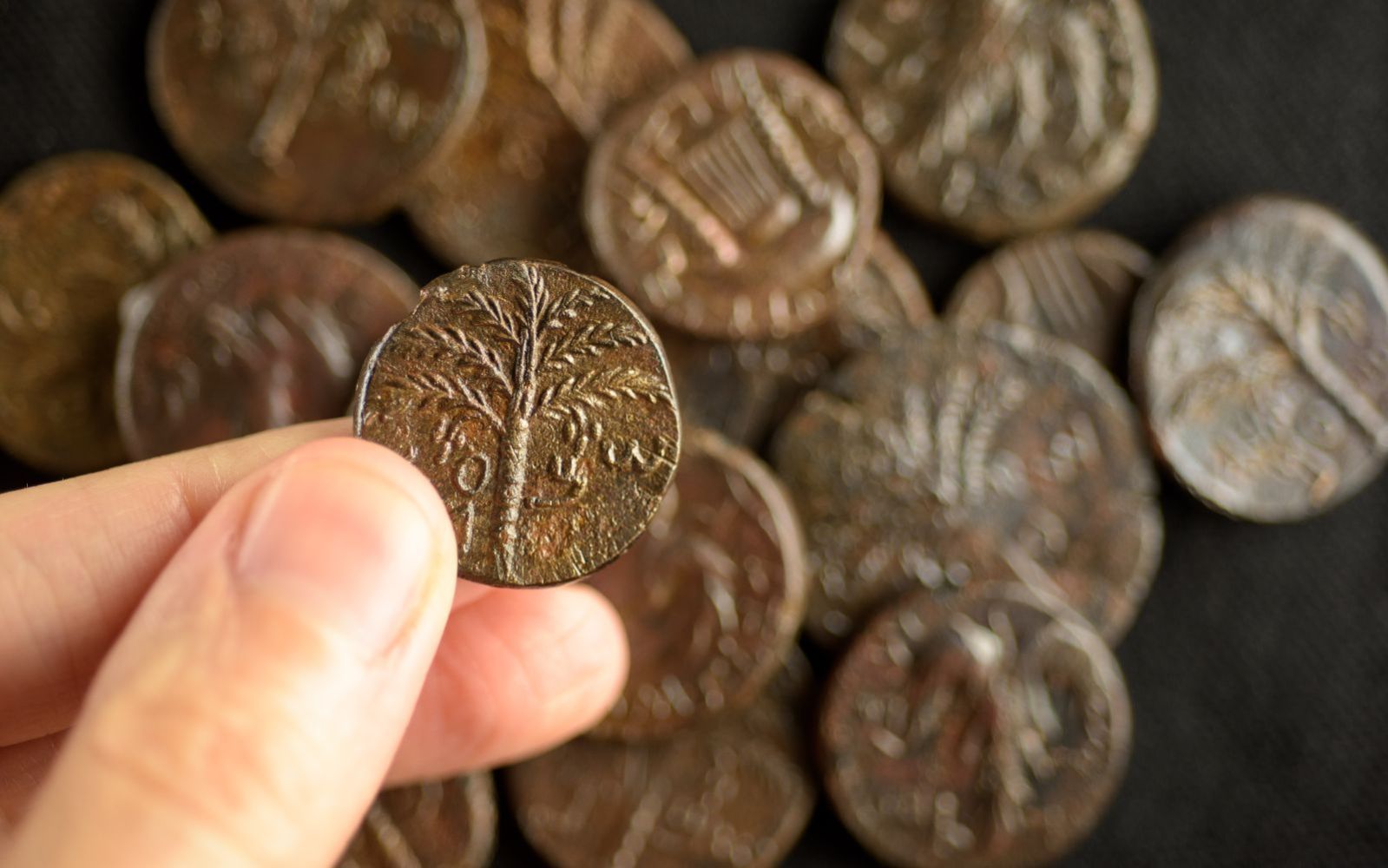 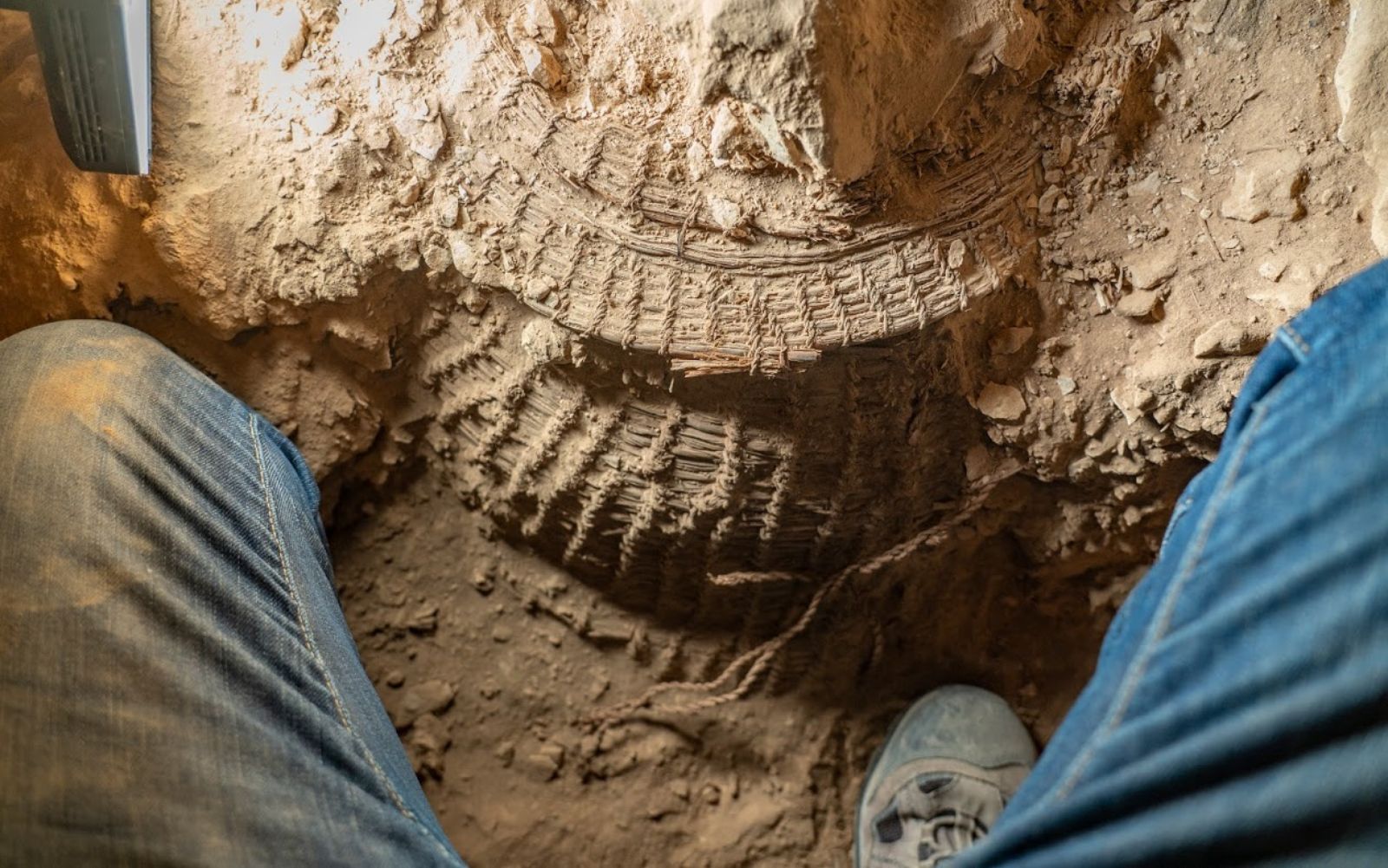 The Cave of Horror was also found to contain a partially mummified skeleton of a child wrapped in cloth that dates back some 6,000 years. Researchers believe that the child was probably a girl and was six to 12 years old at the time of her death.

The woven basket is believed to be the oldest such find in the world. (Yaniv Berman/Israel Antiquities Authority)

“On moving two flat stones, we discovered a shallow pit intentionally dug beneath them, containing a skeleton of a child placed in a fetal position,” says IAA prehistorian Ronit Lupu. “It was covered with a cloth around its head and chest, like a small blanket, with its feet protruding from it. It was obvious that whoever buried the child had wrapped him up and pushed the edges of the cloth beneath him, just as a parent covers his child in a blanket. A small bundle of cloth was clutched in the child’s hands.” 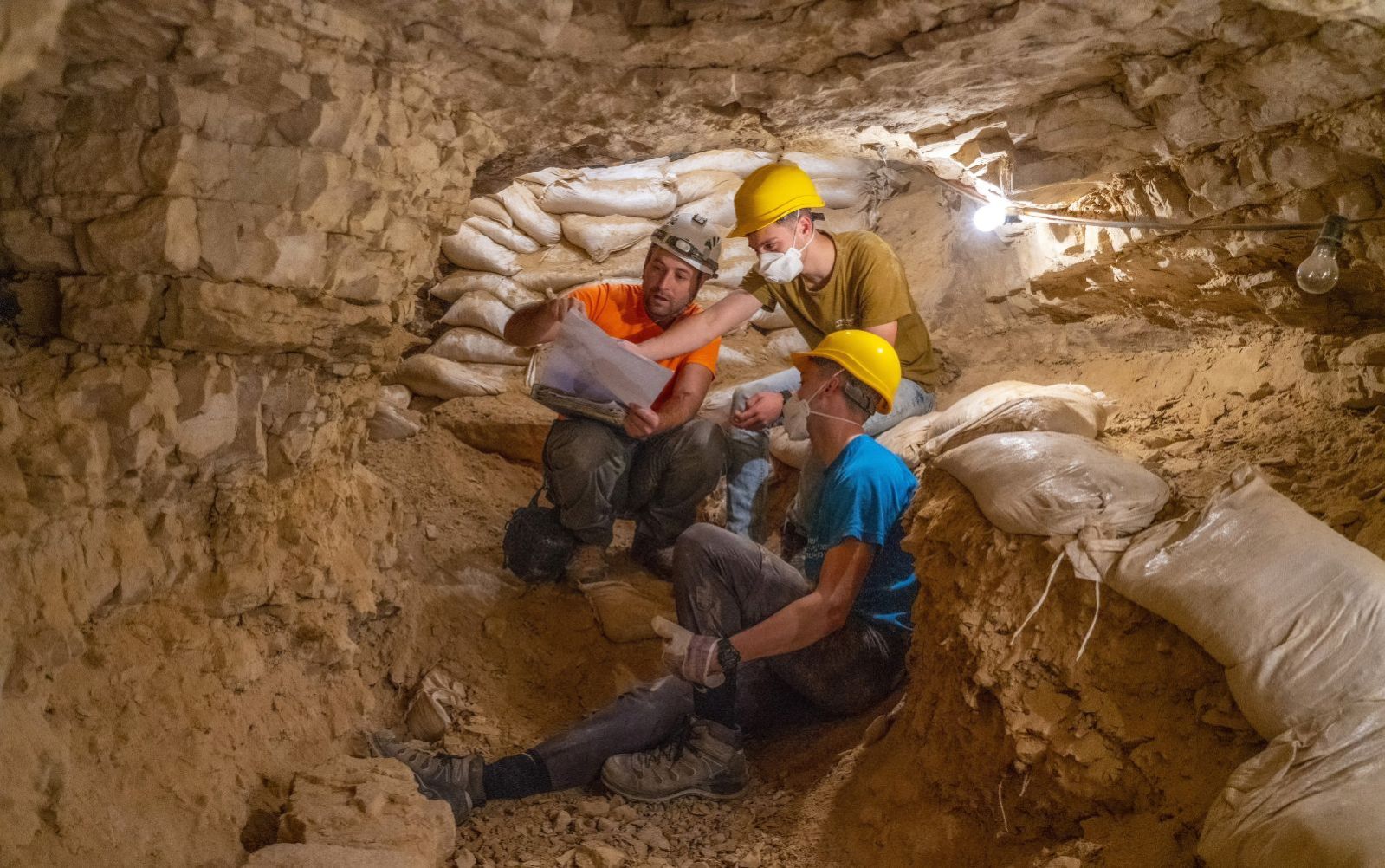 The ancient artifacts survived in prime conditions due to arid conditions in the caves.(Yaniv Berman/Israel Antiquities Authority)

Another find, this time revealed by volunteering youth, was a huge, intact woven basket with a lid that dates back some 10,500 years ago, providing information on storage in the times before the invention of pottery. The researchers believe it to be the oldest such basket to be found in the world and note that it was preserved so well due to arid conditions. 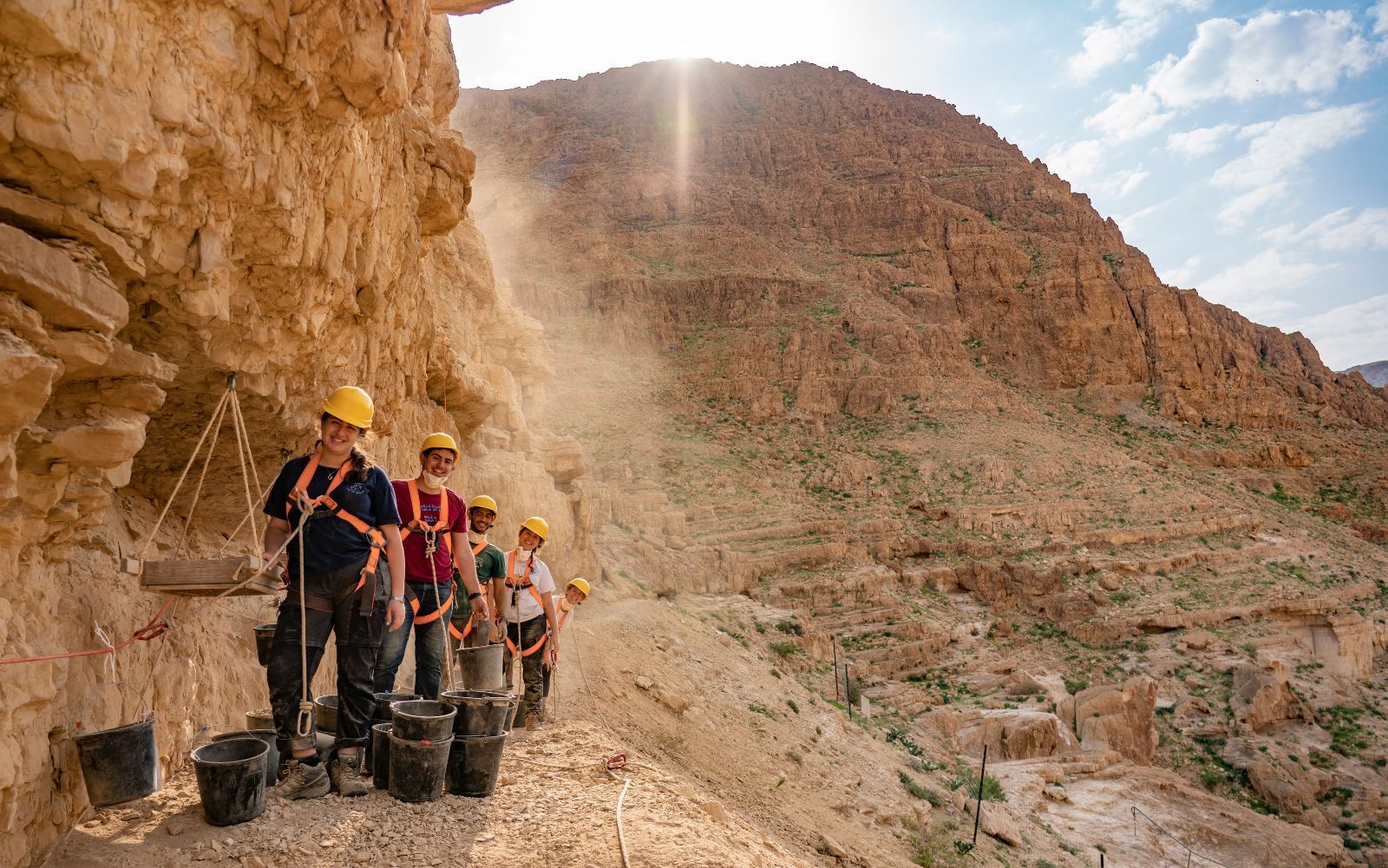 Dozens of teens volunteered in the lengthy and complex excavations.(Yaniv Berman/Israel Antiquities Authority)

“We must ensure that we recover all the data that has not yet been discovered in the caves, before the robbers do. Some things are beyond value,” says IAA director Israel Hasson. “The desert team showed exceptional courage, dedication and devotion to purpose, rappelling down to caves located between heaven and earth, digging and sifting through them, enduring thick and suffocating dust, and returning with gifts of immeasurable worth for mankind.” 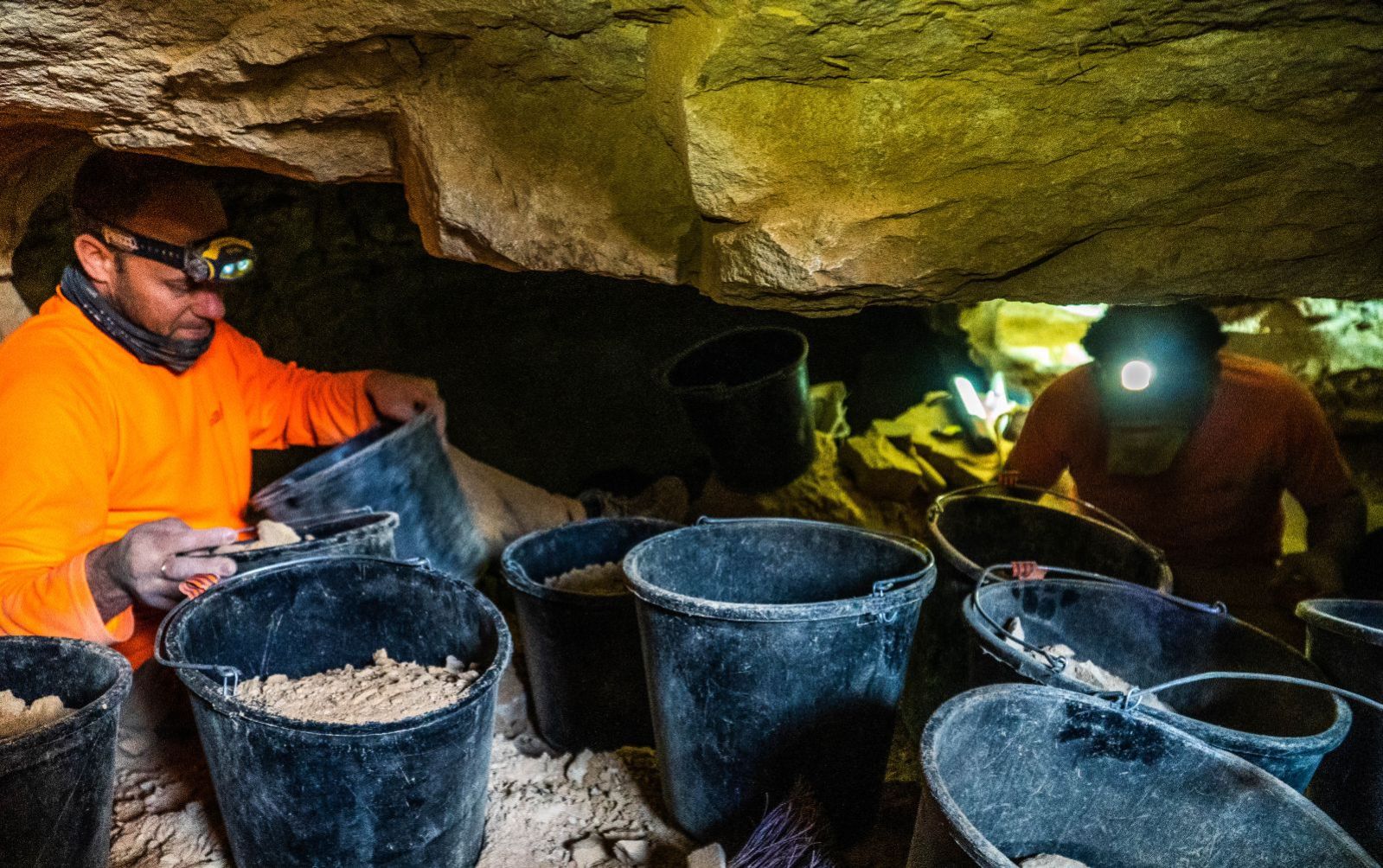 Archaeologists and volunteers faced cramped conditions during the digs.(Yoli Schwartz/Israel Antiquities Authority)
UNCOVER ISRAEL - Get the ISRAEL21c
Weekly Edition free by email
Sign Up Now!
Give
Every
Month
Help ISRAEL21c uncover
the Israel we love