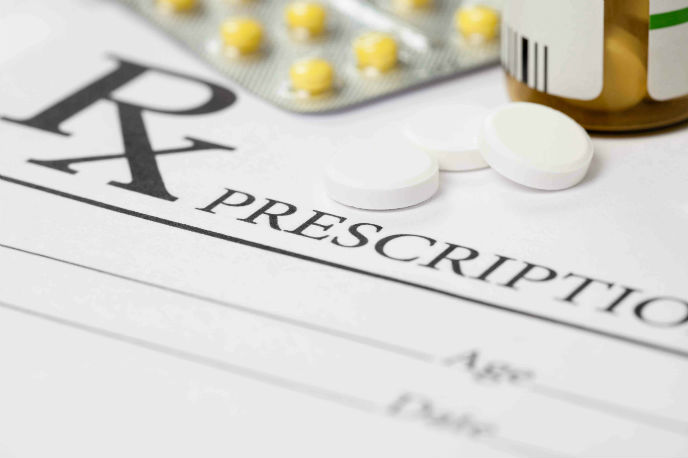 Is that prescription correct? Image via Shutterstock.com.

When a nine-year-old Israeli boy died because his primary-care physician accidentally prescribed the wrong drug, internist Dr. Gidi Stein resolved to invent a way to prevent prescription errors – a frighteningly common occurrence estimated to cause injuries and deaths of more than 200,000 patients every year in the United States alone.

Three years after that tragedy, a live test version of MedAware’s Prescription Analysis and Alert System  – as envisioned by Stein, Tuvik Beker and Prof. Eytan Ruppin — is to be installed in Sheba Medical Center, Israel’s largest hospital, in addition to pilot studies at Boston’s world-renowned Brigham and Women’s Hospital and Massachusetts General Hospital.

“The ease with which a little boy died because of a mistaken click of a button was horrifying to me as a physician and as a parent,” Stein tells ISRAEL21c.

He was unusually qualified to fix the problem. Before going to medical school, Stein was a software engineer and later earned a doctorate in computational biology from Tel Aviv University, where he teaches clinical medicine and molecular imaging.

Ruppin, a professor of computer science and medicine and an international authority in biomedical modeling and machine learning, was Stein’s PhD adviser. He agreed to cofound the company in 2012, bringing in machine-learning and algorithm expert Beker.

“We worked for more than a year doing Israeli pilot studies, working in the middle of the night without pay, and had the good fortune last year to be accepted to the MassChallenge accelerator,” says Stein.

“Boston is the mecca of healthcare, so being there for four months was an eye-opener and a door-opener,” says Stein.

“Following our success there, we gathered our first round of investments from Israeli angel investors. That round was extended and we almost doubled our initial investment. We are now in the midst of our second round through [Jerusalem-based] OurCrowd.”

Stein says it is unique in the world.

“Current solutions are mainly rule-based systems like drug-interaction databases,” Stein explains. “They catch many errors, but there are two problems: First, you can only find what you’ve defined as a rule. There are many random errors that nobody would think of, like a three-year-old boy getting a prescription for a birth-control pill, or a patient without cancer getting a prescription for a chemotherapy drug. These mistakes really happen.

“The second problem is that more than seven percent of prescriptions are flagged by current systems, and 90% of those flags are false alarms. That leads to ‘alert fatigue’ and the physician ignores the alert. So in practice, the current solutions don’t work and nobody uses them.”

Shimon Kosowitz, a pharmacist at a Rishon LeZion branch of one of Israel’s health maintenance organizations, tells ISRAEL21c that in Israel the thorough checks and balances put in place to prevent mistakes generally work well, but in other countries there is a more acute need for a solution like MedAware is offering. He began his career in Australia, where prescriptions are still written by hand.

“If the handwriting isn’t good, you’re guessing at what you’re supposed to be giving,” Kosowitz says. “Much depends on the skill of the pharmacist in not making a mistake.”

Pharmacists in Australia hand type the name of the drug into the computer, hand type user instructions and then take the medication from the shelf and scan the barcode to see if what they typed matches. “If they read the script wrong and filled it accordingly, the barcode will match and they won’t catch the error,” says Kosowitz. “There is absolutely a need for a better system.”

In large-scale studies, MedAware’s Prescription Analysis and Alert System identified life-threatening prescription errors that had escaped detection by existing alert systems in more than 1% of the patients. The technology can be fine-tuned according to physicians’ responses and updated data from active patients’ medical records obtained through a partnership with Elad HealthCare Solutions.