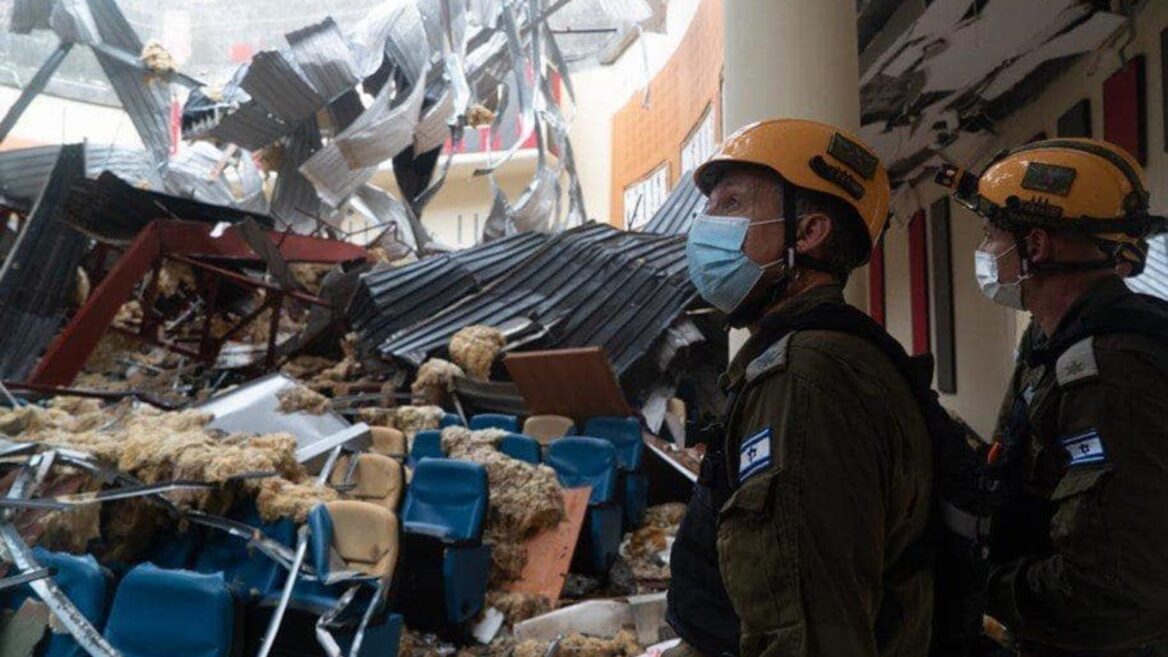 Editor’s note: On March 8, at least 100 people were killed and more than 600 wounded in a series of explosions in the town of Bata in the central African nation of Equatorial Guinea.

The government turned to Israel for help, and on March 9 an emergency delegation of 67 regular and reserve troops from the Israel Defense Forces Medical Corps, IDF Homefront Command and Ministry of Health took off for Equatorial Guinea.

Under the command of Col. Dr. Noam Fink, the delegation spent a week in Bata treating some 600 casualties, performing 84 lifesaving operations and giving emergency training to the local population. Non-medical members of the team helped find injured people trapped in buildings destroyed in the blasts. 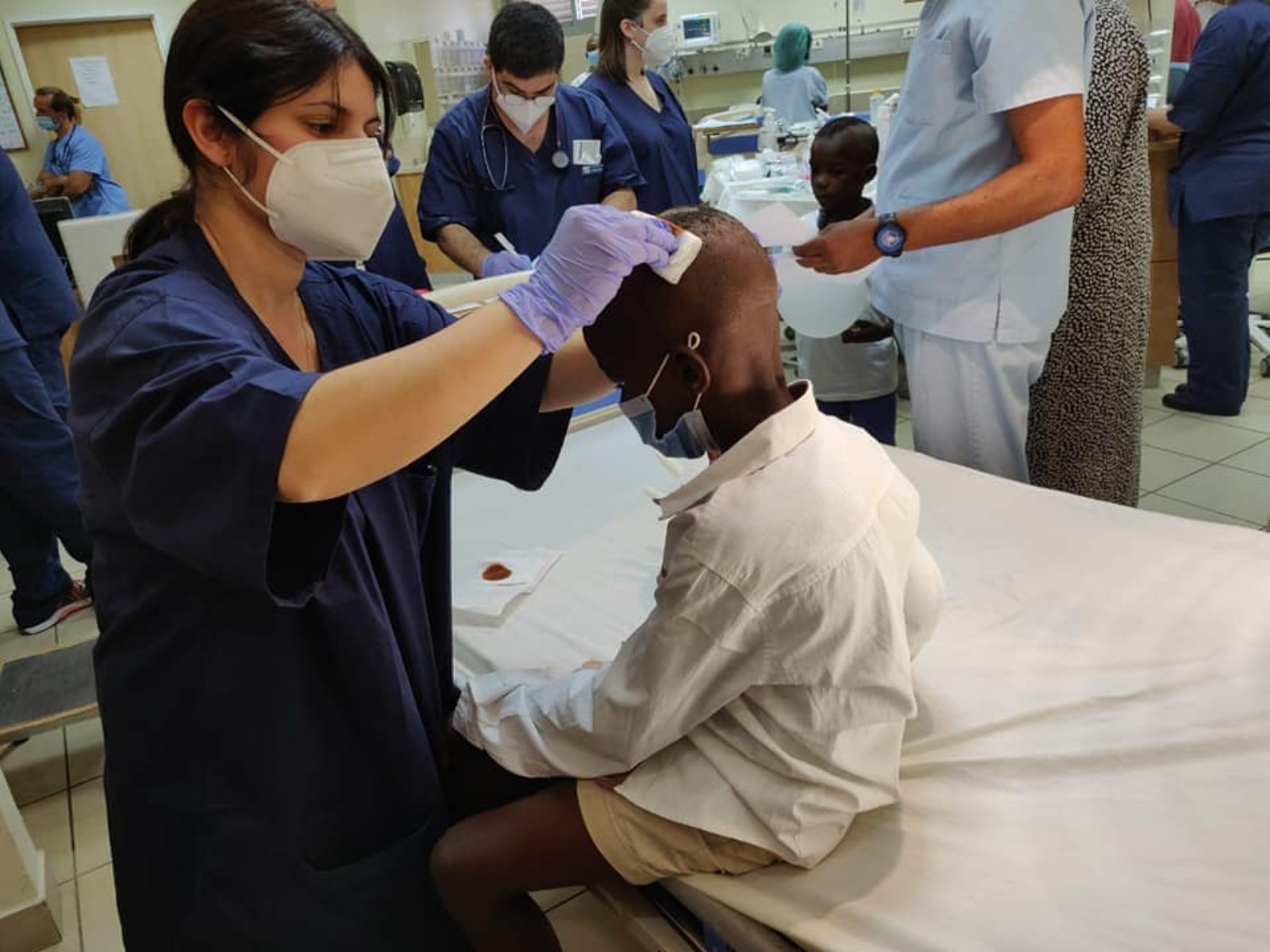 An IDF emergency delegation member treating a child at a hospital in Equatorial Guinea. Photo courtesy of the IDF Spokesperson’s Unit

Below is a first-person account from one member of the delegation, IDF medical officer Lt. Col. Dr. Yigal Chechik. He has an extraordinary back story: At age 18, he began a seven-year academic program leading to his medical degree, and then drafted to the IDF as an officer and orthopedic surgeon. 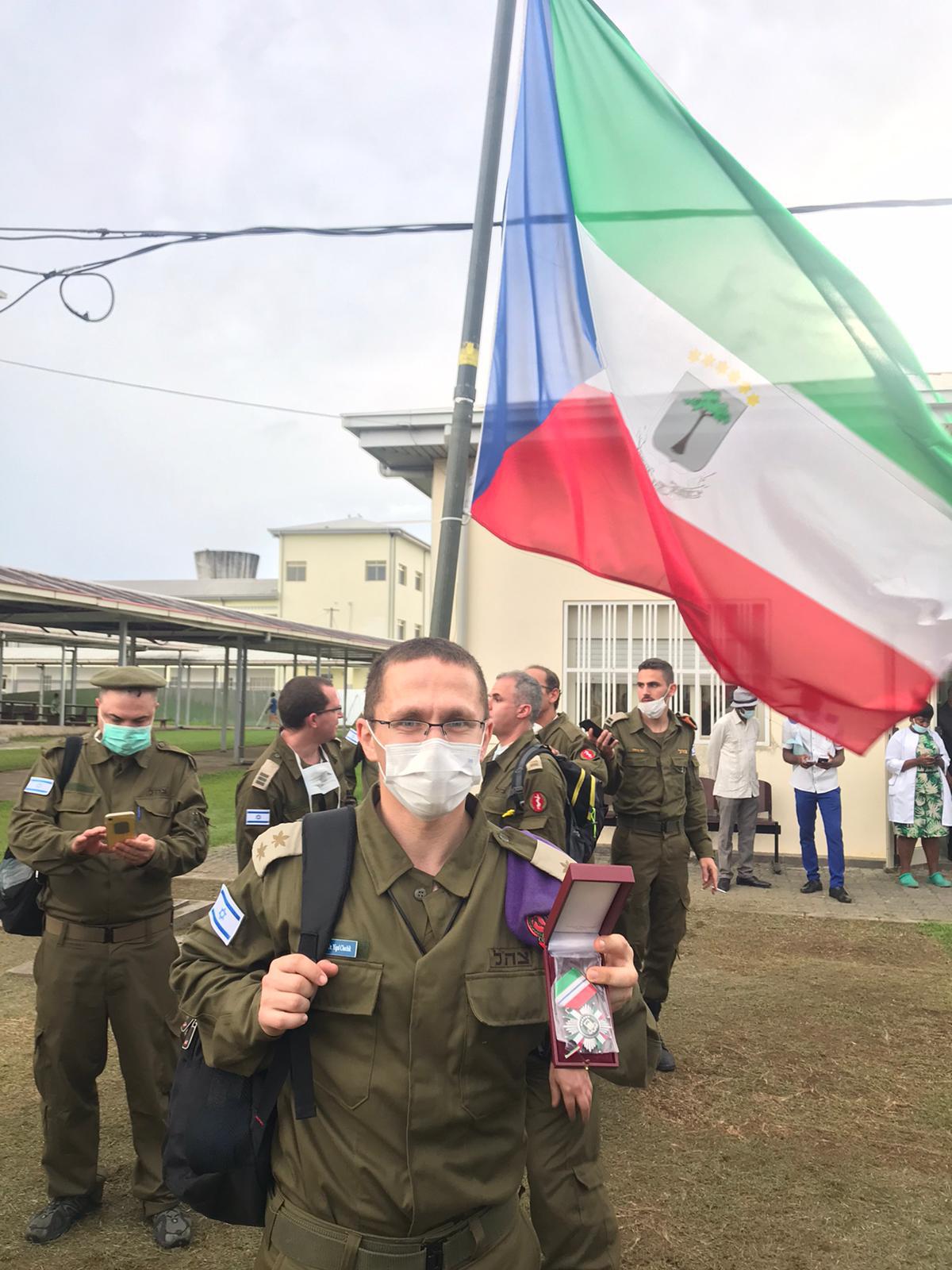 “It came as second nature when my phone rang on a seemingly normal Tuesday afternoon, and I was called upon to join the ranks of an IDF delegation to alleviate the medical burden of Equatorial Guinea following its crisis.

I knew that there would be need for orthopedic surgeons and I made sure I got on that plane when it departed.

Less than 48 hours after this phone call, I found myself in uniform, alongside approximately 60 of my colleagues — mostly doctors and nurses — rushing to the nearby hospital to get our briefing.

Walking around this hospital, I was overwhelmed with emotion seeing the dozens of wounded children, elderly, and many other people lying in beds, with hardly any modern medical equipment nor any staff to treat their wounds.

My colleagues and I were doing our best to assess the situation, evaluating which patients required the most immediate medical attention.

Among the crowd, there was one face that stood out. It was a young woman, sitting in the corner of one of the rooms, her legs swollen, her face ashen, and she was eerily quiet.

We were told she had been there for days without receiving any treatment. We tried to speak to her, but she did not speak Spanish, rather a local tongue that none of us was able to understand.

Without proper equipment, all I could make out was that her right knee was broken, that she had a major wound in the other, and that she suffered from serious infections. 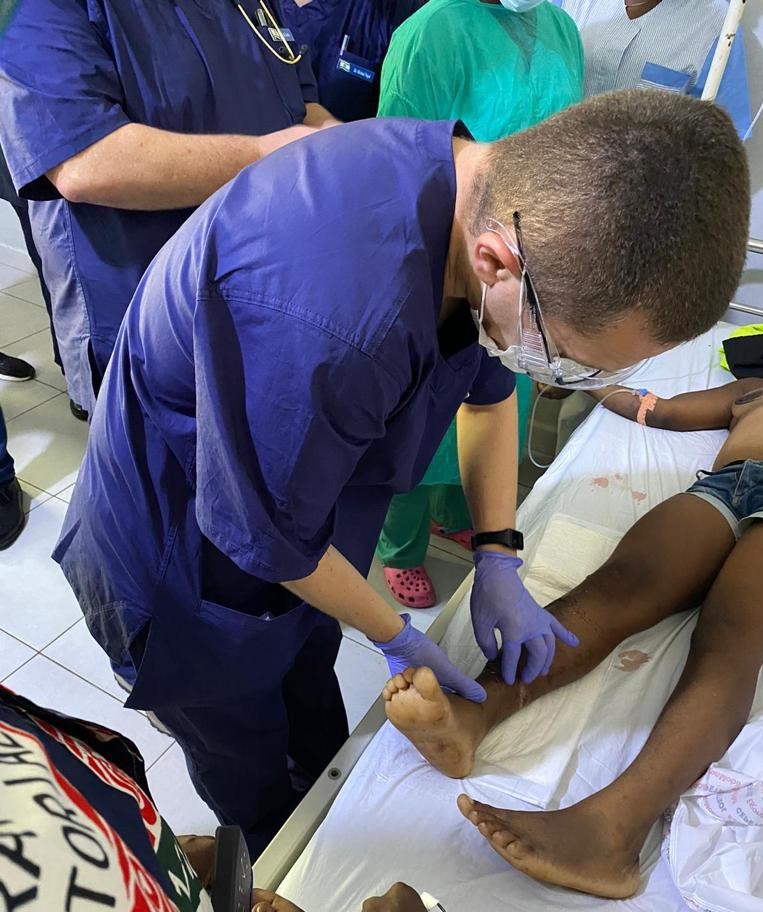 I made sure she would be transferred to a nearby private hospital, Lapaz, and then went about my work, not expecting to see her case through. As luck would have it, that very next day, I visited Lapaz and saw her again.

She had a fever and had suffered severe blood loss. I, with the help of the Israeli team, gave her a blood transfusion and antibiotics that we brought from home, and lifesaving treatment for her wounds. After the surgery, she was sent to the ward for recovery.

For the remainder of our stay in Equatorial Guinea, and to this day, she is undergoing checkups. It is safe to say that she will fully recover.

Even though I have experienced so much in these past few days, treating so many, and taking in this strange and exotic land, there is something about that girl that will always stay with me. It is her face that will always symbolize to me each of the people we cared for.

This isn’t the first time the IDF has been called upon in such a lifesaving capacity. We have historically shown up when it mattered to provide humanitarian aid, whether it be to neighboring countries, foreign and faraway lands, or in light of the recent Covid-19 pandemic, where the army played a pivotal role in the fight for our public’s health.

Mass medical trauma is always difficult, and I hope that our efforts helped to alleviate the pain of those hurt, both individually and as a community. We can heal many wounds, but throughout our care, we mend our heartache as well with hope.

So now, all that’s left is to help here and now, as much as I possibly can, and pray that this unique experience will just be the first in a long and powerful new bond that was created here in this past week, right before the Jewish holiday of Passover and the Christian holiday of Easter.

I wish all the people here around me, my colleagues and the people of Equatorial Guinea, good health, happy holidays, and most importantly, a life of peace.”

Israeli President Reuven Rivlin and IDF Chief of Staff Lt.-Gen. Aviv Kochavi speaking to the IDF humanitarian delegation to Equatorial Guinea on their way to an official visit in Europe, March 17. Photo by Amos Ben Gershom/GPO
UNCOVER ISRAEL - Get the ISRAEL21c
Weekly Edition free by email
Sign Up Now!
Give
Every
Month
Help ISRAEL21c uncover
the Israel we love