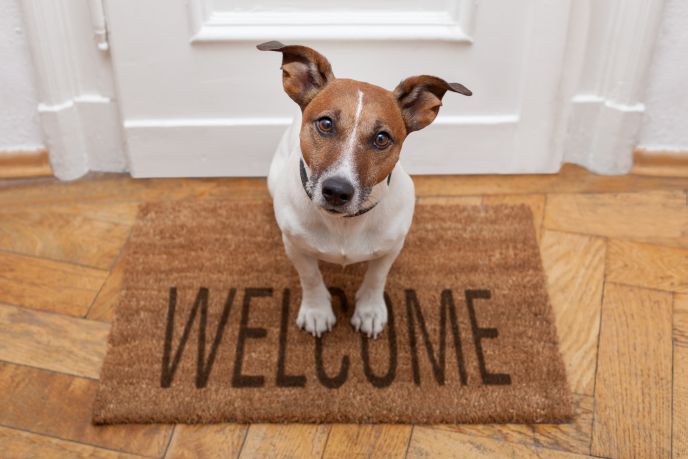 Petbnb helps you find your pet a welcome home away from home while you are on holiday. Photo by www.shutterstock.com

Petbnb helps you find your pet a welcome home away from home while you are on holiday. Photo by www.shutterstock.com

Airbnb has dramatically changed the way people find accommodations when they’re planning a vacation. Travelers are no longer locked into hotels and hostels; they can now choose from a wide range of apartments and homes for rent offered by individuals via the website.

Israeli startup Petbnb aims to do the same thing for pets when their owners go out of town. Instead of being stuck with just a limited number of “pet hotels” (the pet industry euphemism for kennels), pet owners now have access to anyone who has the room and inclination to host a forlorn Fido in their home.

The result is not only greater choice but significantly lower prices. If a pet hotel can run up to NIS 250 a night, an individual might price a day’s stay at as low as NIS 50. And Petbnb guarantees that no cages will be used by hosts listing on the site.

Petbnb has been running for just under a year in Israel and is now preparing to hit the United States. It’s an idea that was born out of a pet lover’s personal need.

Living in the dog capital of Israel

Petbnb founder Kassandra Grunewald emigrated from America to Israel in 2007. Single at the time, and living in Tel Aviv — the dog capital of Israel (the Central Bureau of Statistics shows that every fifth person in the city owns one) — she quickly found herself the doggie parent of Kalla, a large, loveable Husky-Egyptian Greyhound mix.

Grunewald fell for Kalla, but she also missed her family and friends in New York and would go back to visit two to three times a year. What would she do with her pooch?

As a new immigrant still climbing the corporate ladder (she started in Israel as a graphic designer for Wix.com), Grunewald didn’t have the budget to invest in a full-fledged pet hotel. So she would pawn Kalla off on friends (and after she got married, on her in-laws). There had to be a better way, Grunewald thought. Cue light-bulb moment.

Grunewald used her web-design skills to create the first Petbnb site in a few months. The business is what’s known as a “double-sided marketplace.” That means it must sign up both pet owners and hosts. 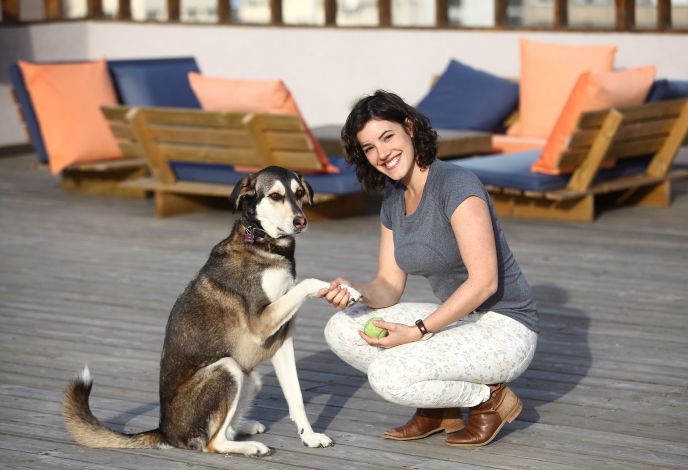 Pet hosts build a profile with pictures and details about what they offer.

Hosts build a profile with pictures and details about what they offer. Nearly all of the hosts cater to dogs. Will the dogs be allowed to run free in the backyard of a moshav? Does the host offer pickup and drop-off service? How many dogs does the host take? Are there special amenities like a pool or pet massage service.

How does a pet owner know if a host is legit? Petbnb has two means of validation. One is ratings by people who have used that host before – similar to the system on sites like Airbnb, eBay or TripAdvisor. The other involves Grunewald and her small team of five speaking to hosts over the phone or visiting in person.

The better the rating, the higher a listing appears on the site, which currently has about 1,000 hosts serving several thousand pet owners.

Petbnb offers insurance, an invaluable service generally not available to individual pet hosts. Grunewald works with an Israeli insurance company that covers kennels. The cost of insurance is included in Petbnb’s service charge – the company takes 15 percent of bookings made via PayPal.

That’s the model that Petbnb started with and it’s the one it is taking to the US, but in Israel, the site has changed its business approach.

“The culture of behavior in Israel is that people often won’t go through the site; they’ll pay off site, privately,” Grunewald concedes. In Israel, then, listing on Petbnb will now be free with fees for upsells like premium placement.

Marketing a site like Petbnb involves a combination of social-media savvy and partnerships. The site is connected with Dr. Rafi Kishon, whom Grunewald calls “the best known veterinarian in Israel.” He regularly appears on the morning talk-show circuit.

Grunewald is exploring partnerships with pet-store chains, other veterinarians and even the travel industry since, she explains, “our peaks are also during the summers and holidays.”

The effort seems to be paying off. Forbes magazine called Petbnb one of the “25 Israeli startups to watch in 2014.”

While in Israel, Petbnb is the only site of its kind, that’s not the case in the US, where competitors like DogVacay and Rover.com have raised $27 million between them. (Petbnb is self-funded and is now looking for its first round.)

“It’s not like renting your apartment or selling a guitar on easy,” she says. “This is your pet; it’s your life. We bend over backwards to validate our hosts. In the end, it’s not about making the most money we can, as fast as we can. We’re putting our personal stamp on everything we do, since it’s ultimately about our furry children.”

UNCOVER ISRAEL - Get the ISRAEL21c
Weekly Edition free by email
Sign Up Now!
Bring Israel's story to life.
Millions of people around the world rely on us to gain a deeper understanding of Israel. We are the trusted source for original content you won't find anywhere else.
You can make a difference. Donate today to support journalism that brings Israel’s story alive.
SUPPORT ISRAEL21c
Read more on:   kennel, Environment, Culture, Eco-Living, Pets