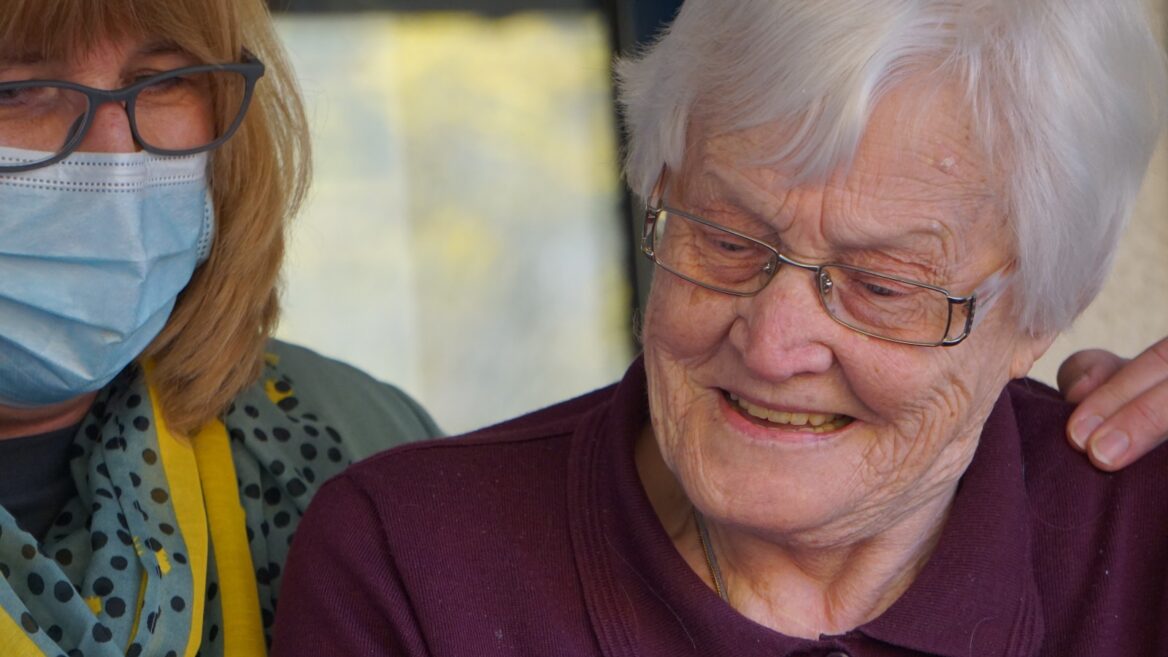 Israeli startup Sensi.AI harnesses AI-powered audio analysis to help take care of the elderly and others in a non-intrusive way. Photo by Georg Arthur Pflueger on Unsplash

As the world grows older, issues surrounding elderly care abound: who’s taking care of our elderly relatives, are they doing it well, and how do we keep track of well-being and safety in a sensitive way?

Israeli startup Sensi.AI thinks it may have the solution with a smart, AI-powered auditory system that monitors a person’s daily routine, environment and well-being, which it claims can provide better caregiver retention and quality-of-care assurance– not only for the elderly, but also for babies, special-needs kids and others.

“The idea for it came out of my own personal place, to do with my daughter,” says Sensi.AI CEO Romi Gubes. “I understood this whole world of caregiving for the helpless, and how much the element of transparency is lacking in order to prevent future problems.”

This lack of transparency, she explains, is the result of the often-silent population that requires caregiving and can lead to blind spots in the treatment process that inhibit improvement. “Your end-user cannot testify as to their experience,” she notes. 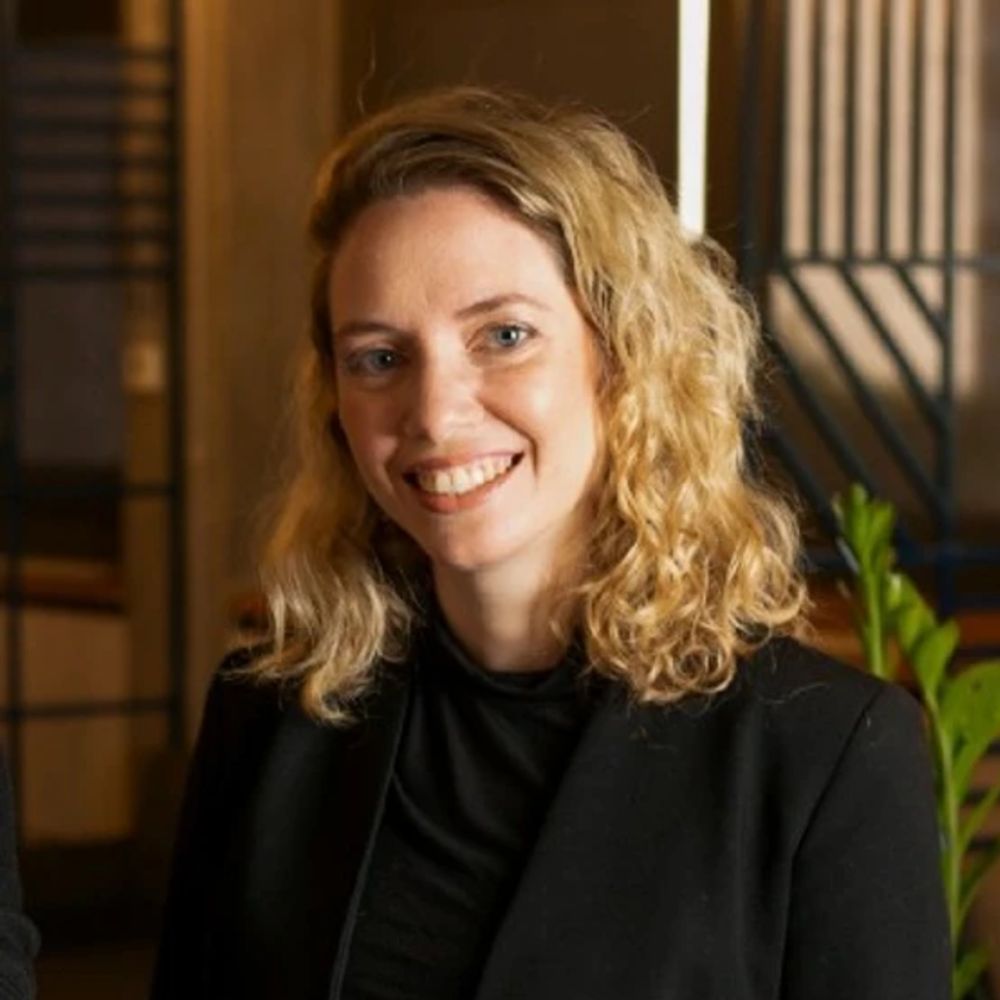 As a veteran of large high-tech corporations, Gubes decided two years ago to harness her extensive professional knowledge to overcome this difficult problem.

“We work mainly at homes and in elderly care. We interface with hardware that already exists at home, such as phones and tablets – things that have audio recording capabilities – and if there aren’t any, we install our own device,” she explains.

“We receive the audio and pass it on to the cloud, where it undergoes artificial intelligence model processing that focuses on audio analysis.”

At first, she notes, the system listens and learns the client’s environment. Then, after two weeks, it creates a baseline of his or her daily routine so that it can then detect and measure any unusual or irregular events and alert those in charge. 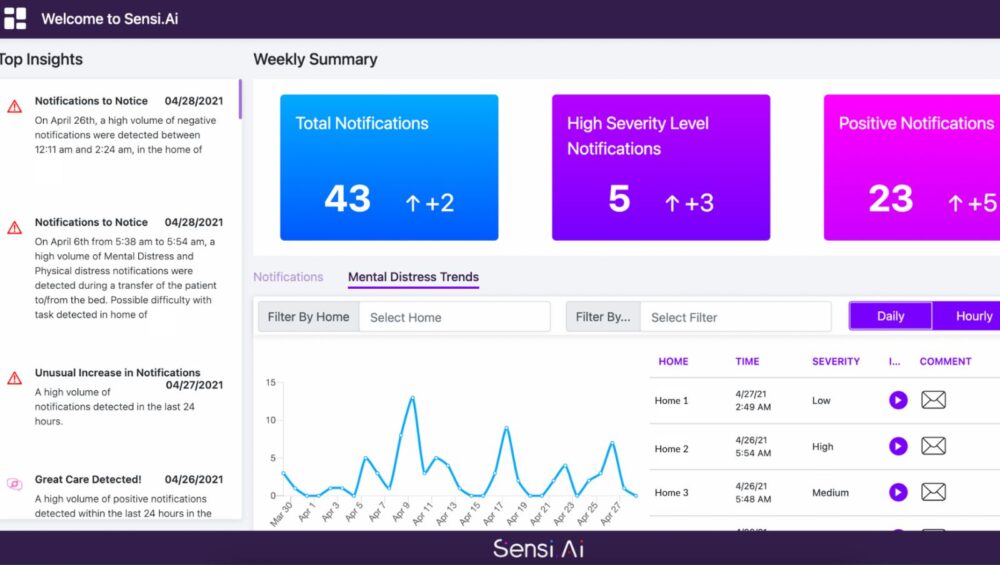 Sensi.AI’s audio system picks up on unusual or irregular events to prevent them from happening again in the future. Courtesy of Sensi.AI

The AI models the data from each person’s environment is trained on are unique to a nursing environment, Gubes explains. For example, raised voices don’t necessarily imply something out of the ordinary, but rather the way a caregiver needs to communicate with a hard-of-hearing patient.

The system is trained to pick up on instances of care resistance, physical or mental distress or calls for help, as well as on difficult patient-caregiver situations and even negligence or abuse.

“Our goal is to be able to identify trends and failures that can be avoided in the future through early detection,” she says.

Gubes cites a recent example of a complex situation picked up by the system: the case of an elderly woman found lying on the floor by her bed in the mornings.

“She’d wake up at night with severe dementia attacks and would forget that she can’t get up without help, and she’d get up and fall,” she says.

After Sensi.AI’s system detected that the woman suffered from these dementia attacks at regular hours on repeated nights, a caregiver was hired to sit by her side at these times and prevent falls.

The company’s target market is the United States, where it is already working with two top nursing networks and where its advantages are coming to the fore. 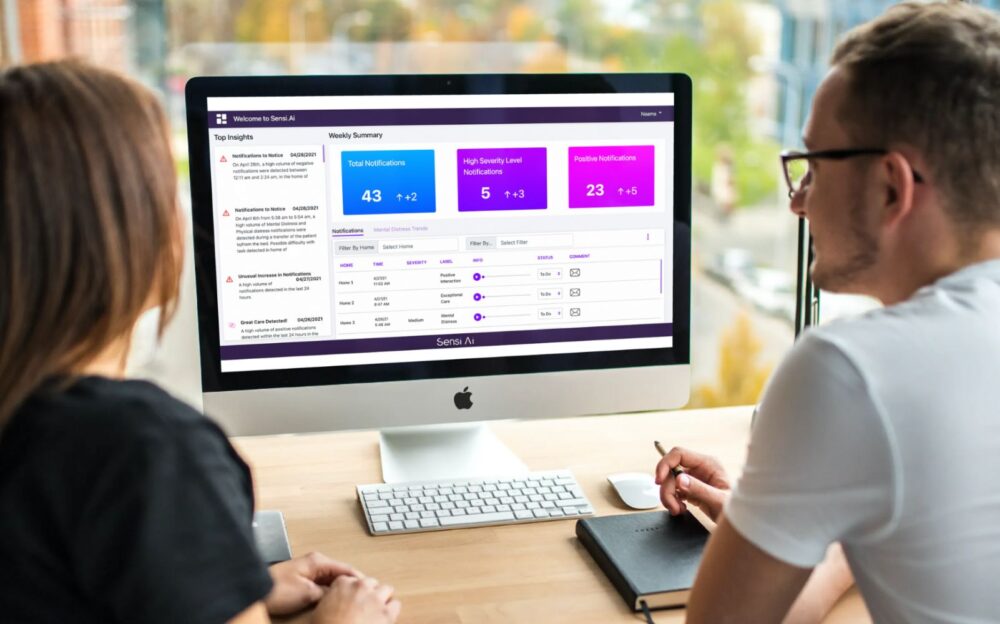 Competing video solutions to monitoring caregiving, she maintains, suffer from two main problems. One is the lack of privacy that is inherent to film, especially in delicate tasks such as washing and dressing. The second is the difficulty in getting full coverage of the desired area.

“Human solutions” in the form of surveys and questionnaires given out to patients, their families and caregivers can lead to pitting one person’s word against the other’s and in difficulty in fully understanding situations, Gubes adds.

She stresses that her company’s solution is HIPAA-compliant, and that no one has access to raw audio footage. Instead, the system produces short audio clips that can contribute to the improvement of treatment, accessed via a dashboard or notifications to caregiver supervisors.

“There’s no listening into people’s information,” she says.

Looking forward, Gubes says, the solution can be used to further improve and support human caregiving.

“The first thing is to turn this system into a standard that will become synonymous with nursing care,” Gubes says.

“Beyond that, we’d like to take it in the direction of supporting the array of caregivers,” she adds, noting the severe shortage of caregiving personnel in the United States.

“Even if a caregiver comes only for five hours,Sensi.AI will constitute a 24/7 safety net,” she concludes.

UNCOVER ISRAEL - Get the ISRAEL21c
Weekly Edition free by email
Sign Up Now!
Bring Israel's story to life.
Millions of people around the world rely on us to gain a deeper understanding of Israel. We are the trusted source for original content you won't find anywhere else.
You can make a difference. Donate today to support journalism that brings Israel’s story alive.
SUPPORT ISRAEL21c
Read more on:   Health, Technology, Sense.AI, eldercare, Social Action