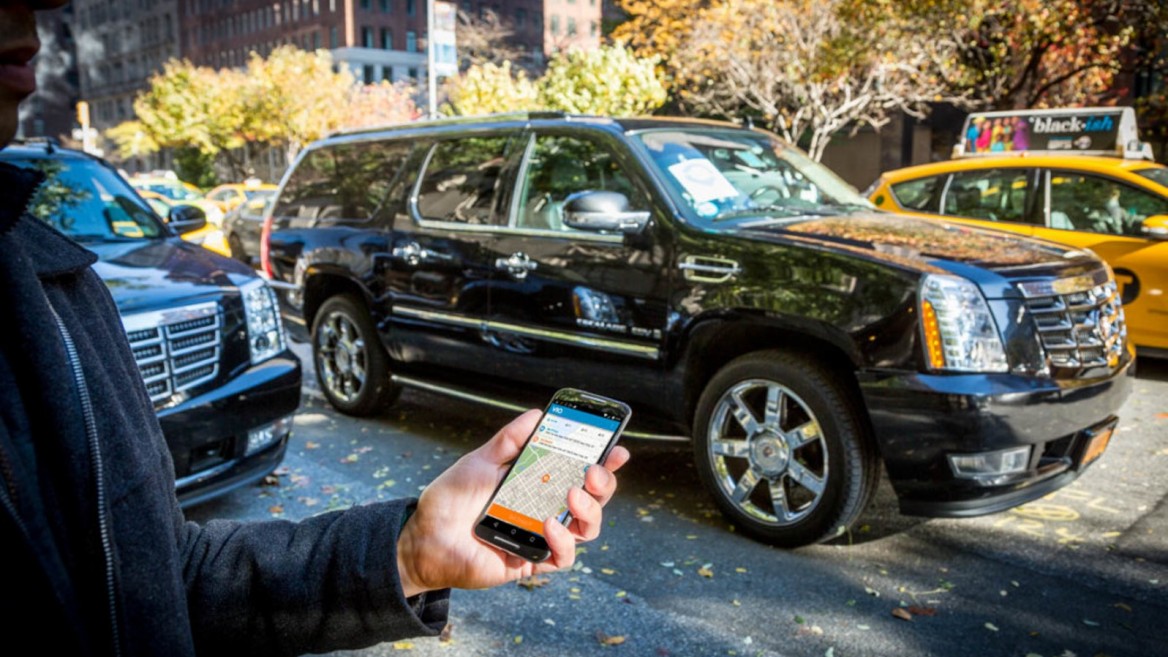 Via services NYC from 14th to 110th streets for $5 (plus tax) per shared ride. Photo courtesy of Via

The days of hailing a cab and fumbling for change are fast screeching to a halt.

Today’s commuters schedule and pay for cabs and ride-shares from their mobile devices using services such as developed-in-Israel GetTaxi (Gett), Rider and La’Zooz, as well as Uber, Lyft and Hailo.

Via, a ride-sharing app launched in 2012 and so far available in parts of Chicago and New York City, offers on-demand shared rides driven only by licensed taxi drivers. Book a ride through the free iOS or Android app, and the algorithms match you with a “Via-cle” already headed your way with up to five other passengers.

Rides, which cost $5 plus tax prepaid (or $7 plus tax) automatically charged to a credit card or commuter benefits debit card, are not door to door but rather pick you up on the nearest corner of a street that flows in the direction of your destination and drop you off within a couple of blocks of where you want to go.

Last spring, Via raised $27 million in a Series B financing round led by Pitango. The company is headquartered in New York, with an office in Chicago and a product development team of about 35 in Tel Aviv.

Via founders Daniel Ramot and Oren Shoval met in the Israel Air Force, where they led large-scale technology projects. Ramot then earned a doctorate in neuroscience from Stanford University and Shoval earned a doctorate in systems biology from the Weizmann Institute of Science in Rehovot.

“The idea for Via came from Israel, where many people rely on shared vehicles called sheruts to travel quickly, cheaply and easily along major streets,” says Shoval.

A sherut is like a cross between a taxi and a public bus, cruising along the routes buses normally take, and accommodating about 12 passengers. That’s the model Ramot and Shoval wanted to spread to other cities, but with a high-tech twist.

“Via is transforming public transit from a regulated system of rigid routes and schedules to a fully dynamic, on-demand network. Our algorithm matches, in real time, multiple passengers headed the same way with a single large SUV or van,” Shoval explains.

“Passengers request rides through a mobile app and within less than a second Via’s systems select and, if necessary, re-route the van that best matches the passenger’s route.”

To successfully match passengers dynamically at scale, Via’s Tel Aviv team had to overcome unique algorithmic, computational and operational challenges, he adds. “The result is an exceptionally affordable and convenient mode of transit that significantly expands the pool of urban residents who can consume transportation on their phones.” 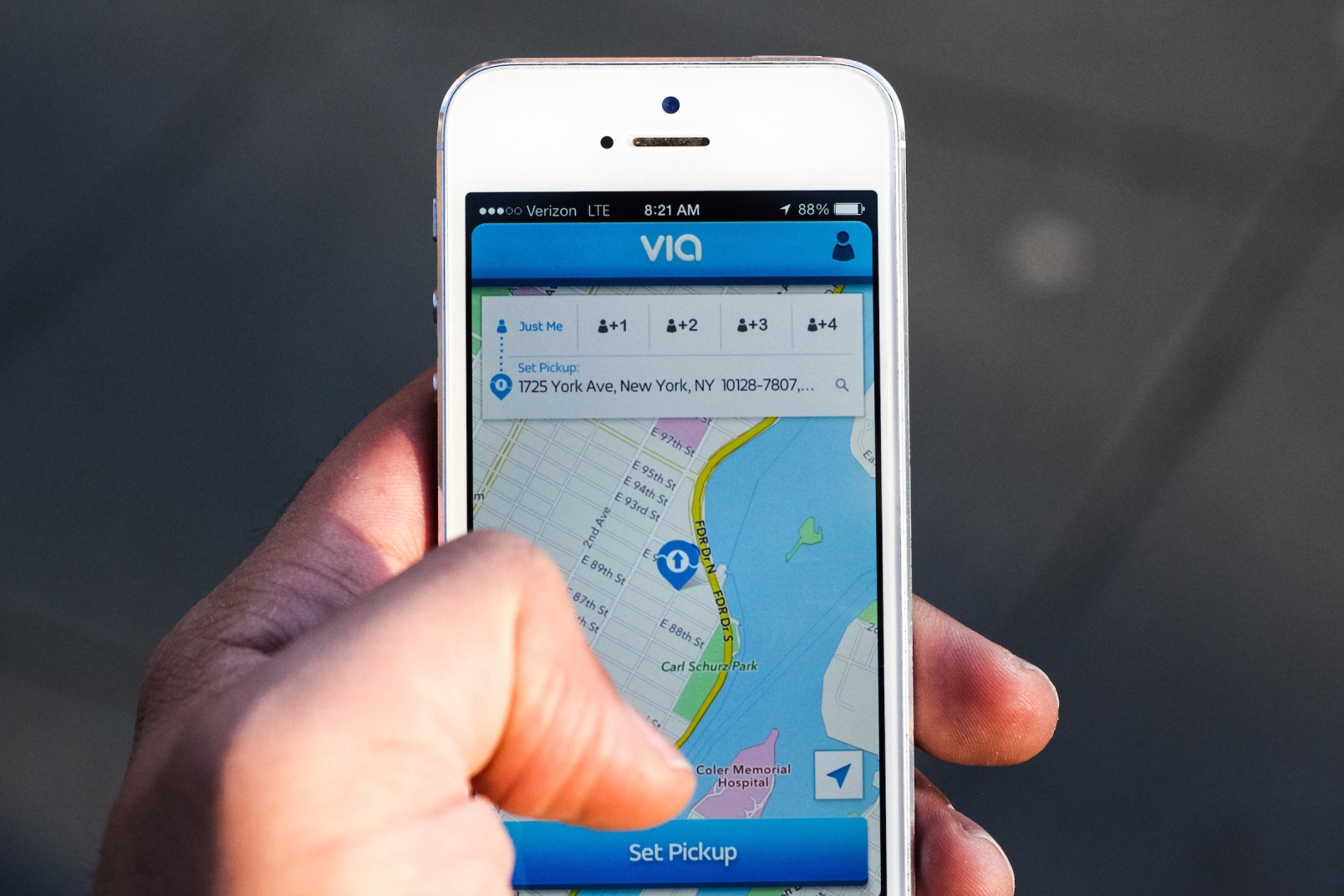 An appy way of ride-sharing. Photo courtesy of Via

Shoval says the $27 million investment is earmarked for expanding Via throughout Manhattan, launching in additional markets and “partnering with public-transit authorities in smaller cities to allow them to provide a better transit solution to their residents by using our technology to complement their existing service.”

The company reports that the average wait time for a Via-cle is five minutes. Users get an estimate of pickup time before booking and can also use the app to track the van’s progress.

User comments on websites such as Yelp reveal that even when wait times are longer than expected, many people prefer Via as a solution somewhere between expensive private taxis and crowded buses and subways. Mass-transit fares in Manhattan and Chicago are about half the price of Via, at $2.25 for an L-train in Chicago and $2.75 for a subway in New York.

“I use Via every day for my morning commute, as well as after work when I don’t feel like dealing with the subway, or when there is not a convenient subway nearby. It is truly a savior!” one reviewer commented.

Some parents report using Via as a carpool service to and from school. “We take Via every day between home, school and work. The kids love booking the Via and hearing the drivers’ stories. It’s cheaper, quicker and more comfortable and I’ve met so many great people in my Via — mostly parents at my son’s school, who have now become friends,” says a Yelp reviewer.

“Heather” notes that Via passengers are permitted to ride with “service animals or dogs/pets as long as they are in an airline-approved carrier, which is amazing for my French bulldog.”

Another user offered this summary: “Via is great for anyone who wants a cheap car service in a luxury SUV for whom time and walking is not a major issue.”

Become a GEM member
Read more on:   Technology, transportation, Ride with Via, ride-sharing