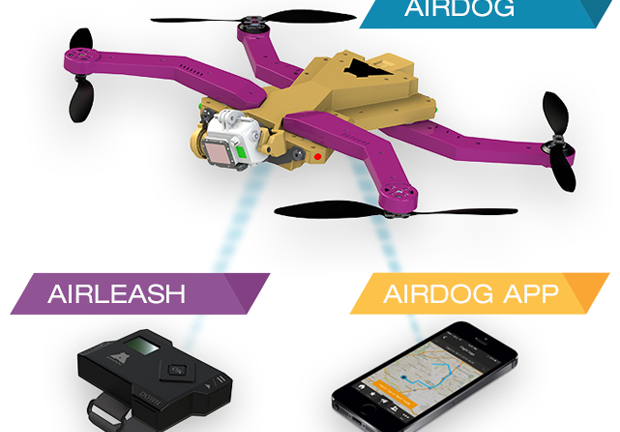 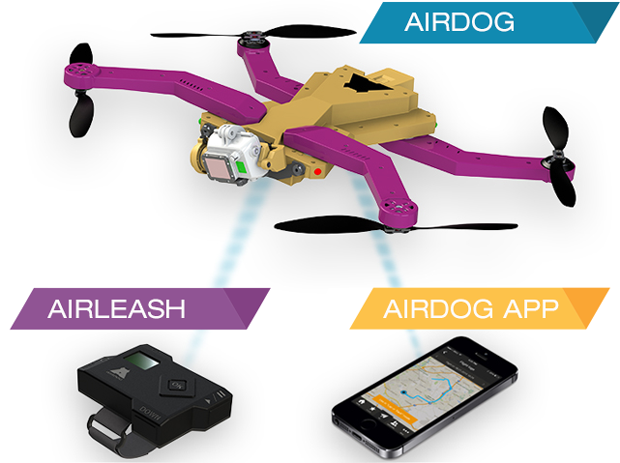 Extreme sports enthusiasts are waiting impatiently for the AirDog autonomous drone to film their stunts. The Latvian Helico Aerospace tech team behind this cool technology is wrapping up a successful $1.1 million Kickstarter campaign before shipping its product in November.

The 3D printing technology developed by Israeli-American company Stratasys is what makes the new GoPro sidekick so awesome.

Helico Aerospace Industries used Stratasys technology to build lightweight, small and sturdy molds and parts for its drone which weighs just over 1.5 kg and can reach speeds of 70 kilometers an hour.

“I’m not sure how we would have arrived at the stage of having a functional part, were it not for Stratasys 3D printing technology,” Edgars Rozentals, co-founder and CEO of Helico Aerospace, told The Times of Israel. “I founded the company two years ago and we’re a staff of three, so for startups like Helico, this technology isn’t just a game-changer, but the ticket to the game itself.”

The AirDog is a foldable quadcopter designed for filmmakers and adrenalin junkies who use GoPro cameras to film sports action. It follows you wherever you go just like a dog.

“For too long, the drone has been synonymous with warfare. We’ve designed a drone with a very different purpose. We think it’s time for a new generation of drones that inspire creativity, enjoyment of nature, healthy lifestyles, and self expression. AirDog is on a mission to help us achieve that,” the designers write on their Kickstarter campaign page.

UNCOVER ISRAEL - Get the ISRAEL21c
Weekly Edition free by email
Sign Up Now!
Bring Israel's story to life.
Millions of people around the world rely on us to gain a deeper understanding of Israel. We are the trusted source for original content you won't find anywhere else.
You can make a difference. Donate today to support journalism that brings Israel’s story alive.
SUPPORT ISRAEL21c
Read more on:   News, AirDog, drone, Extreme Sports