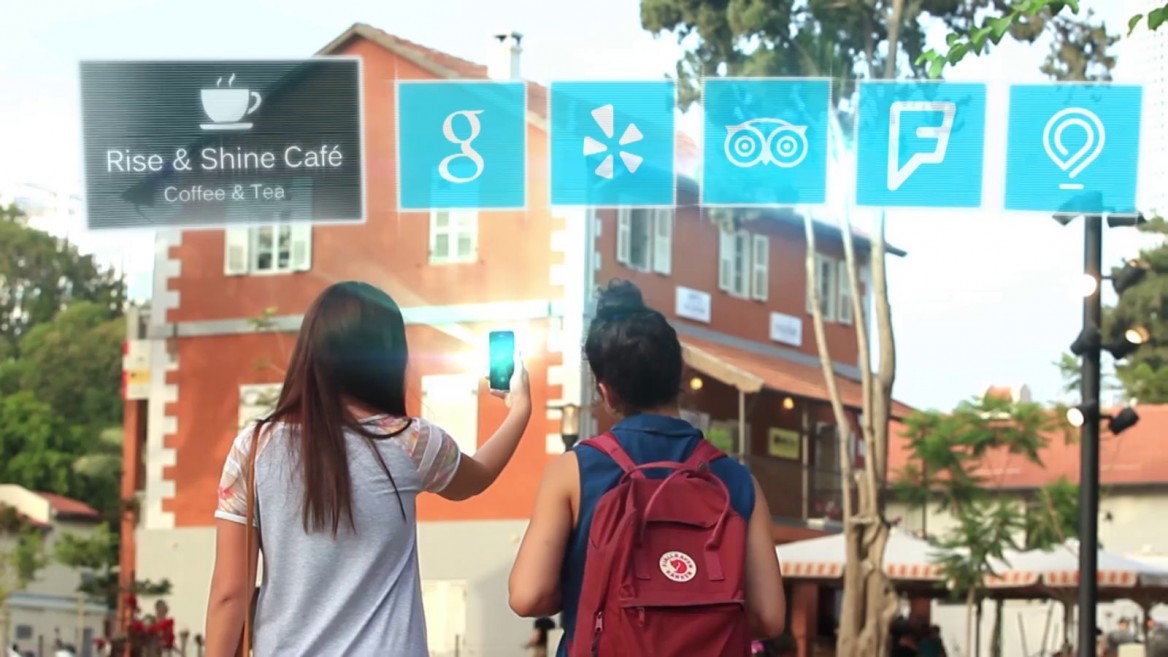 Find out the history of that café and what past patrons think of it. Photo courtesy of Fringefy

A bunch of retired Israel Air Force officers is changing the world of travel with an innovative visual search-engine technology that lets people identify and learn about buildings, eateries and landmarks simply by aiming their smartphone’s camera at the target.

What Shazam does for music and television, the AliceWho app does for buildings.

Google and Wikipedia are definitely the places to look for information. But what happens if you need facts about a place in real time? What if you’re in a foreign country where you don’t understand the language and want to know about a cool building you’ve found or whether a café (whose sign you can’t read) is a good place for lunch?

That’s where the nine-member team at Fringefy, the Israeli startup responsible for the AliceWho app, comes in.

“You don’t need to define exactly what you’re looking for. Just point the camera at a building and the app will aggregate, collect and put all the information about that place together for the user,” Oded Sittsamer, CMO of Fringefy, tells ISRAEL21c.

The information gathered can include historical facts, local happenings in the area, services available nearby and reviews of the place.

So, if you’re in Tel Aviv – where the app is currently in use – and you happen upon one of the city’s famous Bauhaus-style buildings, you can instantly get access to information about its history, what the building is used for today, and what eateries or shops are in the area.

“Our visual search platform is the fastest and most intuitive way for tourists to discover new places in the city,” Sittsamer says.

Annotate the world for travelers

The name of the app, AliceWho, may remind you of the Smokie song but it’s actually a reference to Alice’s Adventures in Wonderland, in that every building or structure can lead you on a new fact-finding adventure.

The more the app is used the more information is available. Sittsamer explains that crowdsourcing is an important part of the app’s features and users are encouraged to add information about a place.

The company was founded in 2013 and is currently based in Tel Aviv and Yokneam. Sittsamer says the air force background of his team is helping them lead the way in the visual search technology field for mobile.

Israel’s 18-year-old conscripts are given access to the most significant technology in the world and are told to figure out new solutions and applications.

“AliceWho does not use the same visual technologies as we used in the air force but it does have the best of aviation tech put into a travel app,” Sittsamer tells ISRAEL21c.

The AliceWho app is available on iOS and Android smartphones. In addition to Tel Aviv, the app recently became operational in San Francisco as well. 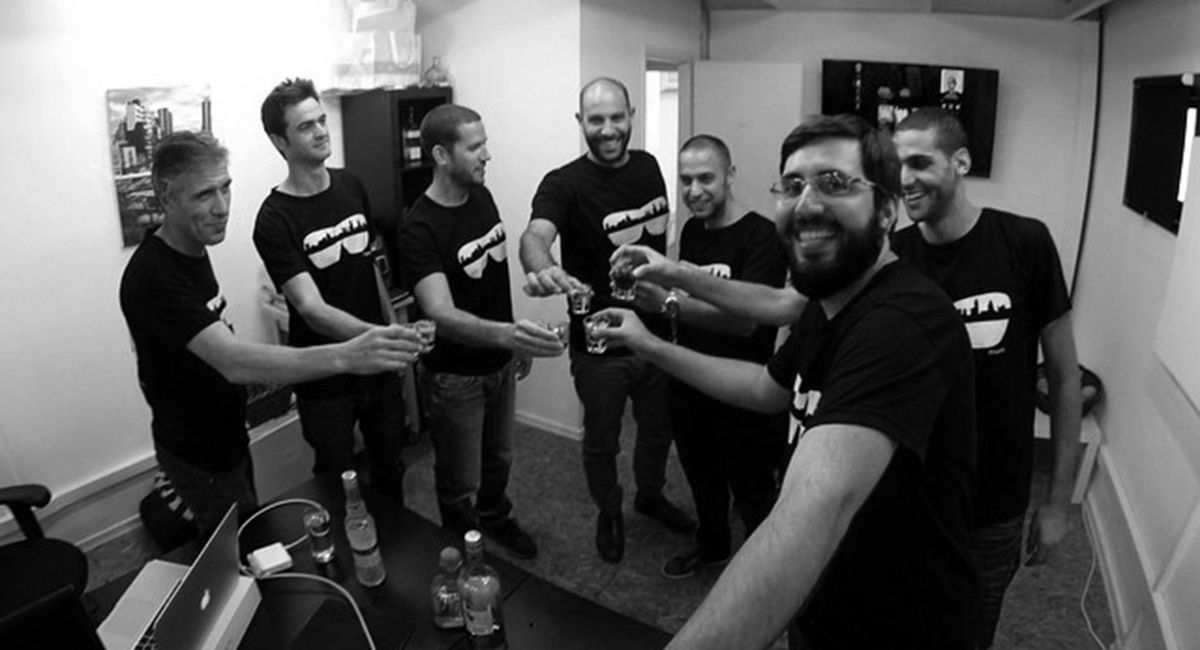 The Fringefy team, ready to take AliceWho to the world. Photo: courtesy

In July, Fringefy was one of 11 startups to graduate from the Microsoft Ventures Accelerator program in Israel. A first funding round brought in just under $1 million. Sittsamer says a new funding round now in progress will be earmarked toward expanding its app service to other cities.

While the world of travel is Fringefy’s main market for now, the possibilities for its pioneering technology are endless. The company cites real estate as another good market. For instance, users could point their smartphone at a home for sale and get access to housing listings and neighborhood services.

For now, the 30-somethings at Fringefy have a dream to visually recognize and annotate the world for travelers everywhere.