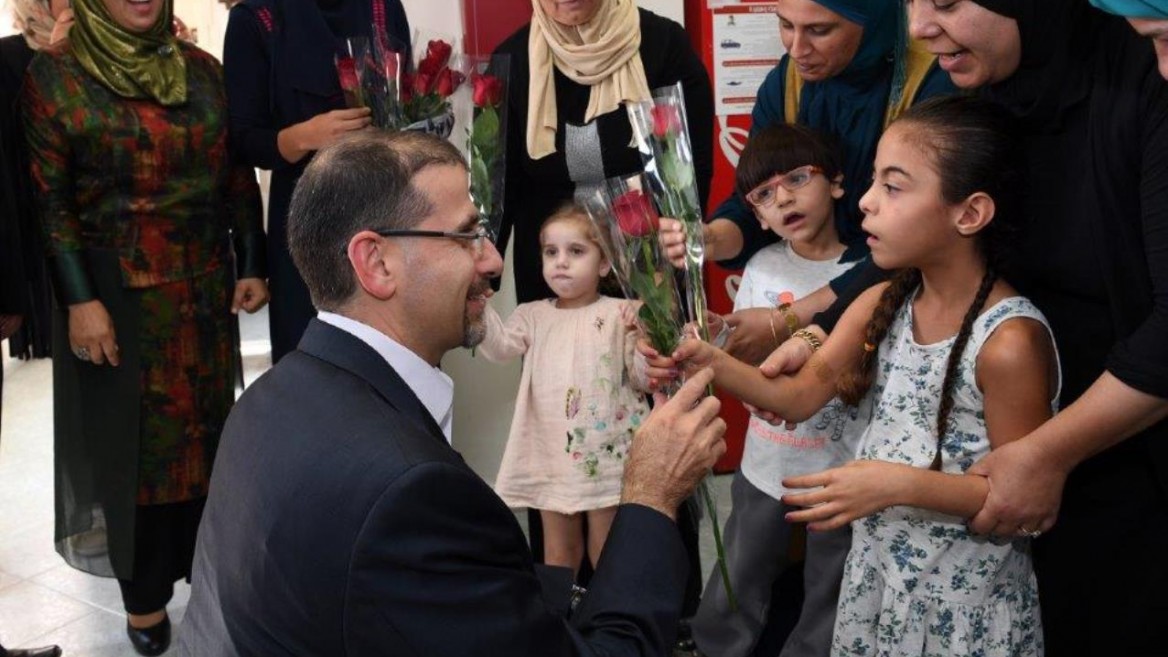 US Ambassador to Israel Dan Shapiro meeting children at BIS Sindian Center in Kalansua. Photo courtesy of US Embassy in Tel Aviv

When her son was diagnosed with autism 13 years ago, “Hadijah” felt terribly alone. The stigma attached to children with disabilities in her Arab village in central Israel led Hadijah to withdraw into a world of herself and her son.

That changed only after she met Amal abu Moch, a social worker at the Family Advancement Center of the Beit Issie Shapiro Sindian Center in Kalansua, a 22,000-population Arab city in the “Triangle” district of central Israel.

Moch introduced Hadijah to other Arab parents of children with disabilities and guided her in better understanding her son’s needs and legal rights.

”Now I feel I have the tools to help my son and family,” said Hadijah, who was able to find employment once she found the appropriate care framework for her son.

The Beit Issie Shapiro (BIS) Sindian Center was founded in 2001 as Israel’s first early-intervention center for the Arab sector, at the behest of the Israeli government. 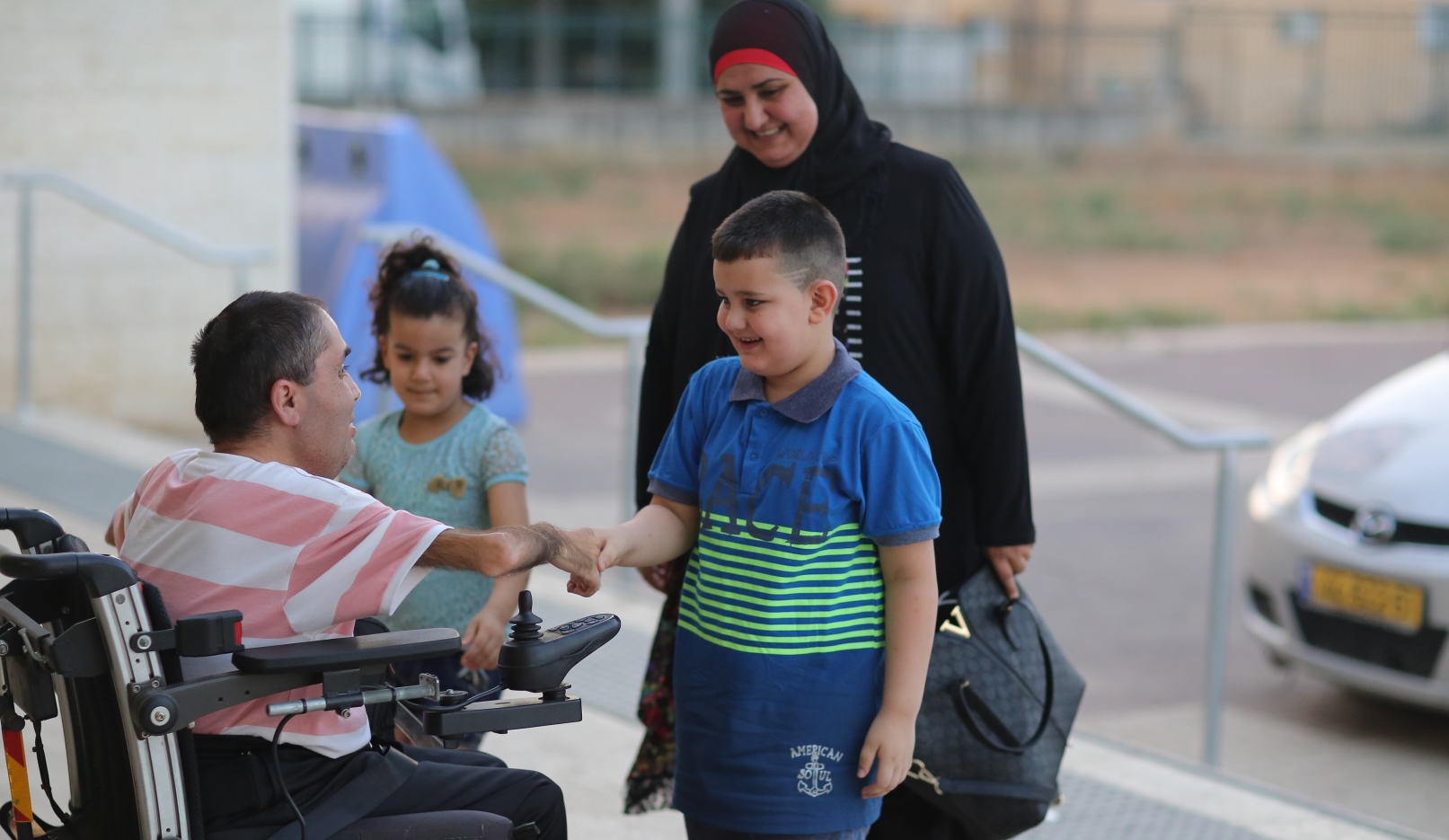 Headquartered in Ra’anana, BIS has pioneered a variety of programs onsite and offsite to ensure equal rights and integration for Israelis with disabilities.

“We believe children are children, and that’s why from day one at our Ra’anana Center of Excellence we’ve always serviced children from all sectors of Israeli society, from Orthodox Jewish to secular to Arab,” says global resource development director Benjy Maor.

However, the programs are in Hebrew and run according to the Jewish calendar. To enhance therapeutic effectiveness and cultural sensitivity, the BIS leadership was eager to fulfill the government’s request to start a program for Arabic-speaking families, led by Arab-Israeli personnel.

Sindian has been directed since 2010 by Majda Marei, who previously worked in the field of disabilities in the Arab village of Umm al-Fahm and at Emek Medical Center in Afula. She is currently completing her master’s in special education.

In 2007, BIS opened the Family Advancement Center at Sindian to support and encourage hundreds of parents like Hadijah.

“A lot of people felt nobody would come to Sindian because of the stigma toward people with disabilities in the Arab sector,” Maor tells ISRAEL21c. “We believe we have to promote inclusion along with our services to make society better for everybody, so we worked hard to promote a change in attitude and to empower parents in the entire region, as well as strengthen the capacity of professionals.”

The center also runs a hotline advising Arabic-speakers about the rights of the people with disabilities and how to access them; and a leadership program in the Kalansua high school to promote social-action projects.

The Family Advancement Center is headed by Nawaf Zmiro, an activist with a disability. In 2012, Zmiro received a Presidential Award for Volunteerism from then President Shimon Peres. 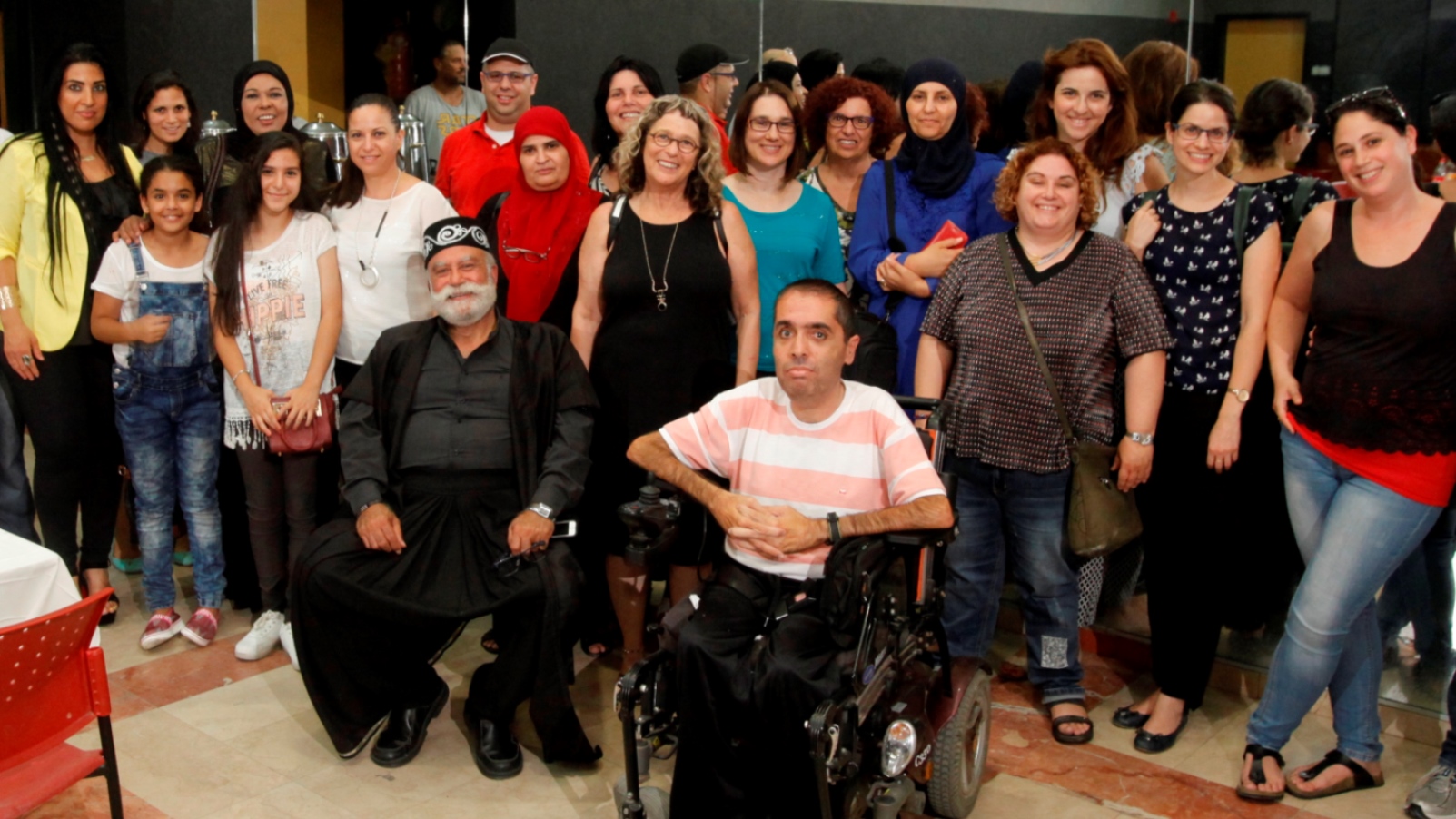 During a visit from US Ambassador to Israel Dan Shapiro last October, Kalansua Mayor Salameh Abed Albacete announced his intention to donate land for a permanent home for the Sindian Center, which now operates in a rented facility.

A Jewish father from Ra’anana and an Arab mother from Kalansua told Shapiro how they met through the Family Advancement Center. The ambassador was shown stories written in their respective languages by Jewish and Arab speech therapists for kids with disabilities, and spoke with area youth who did social-action projects such as promoting inclusivity in local businesses. 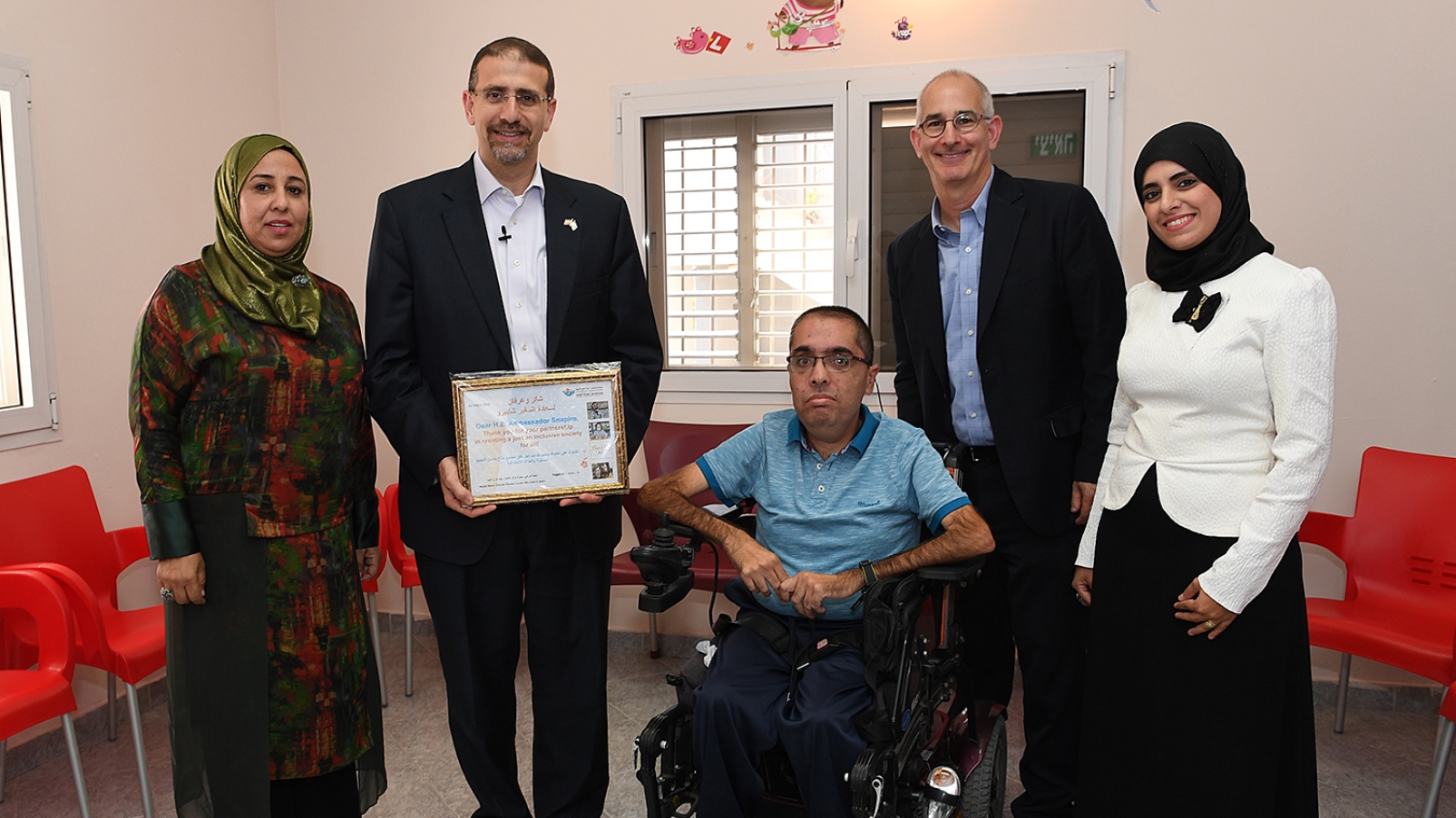 “As much as [this program is] about first and foremost the families and the children and the rights of those people, it has become something else; it has become something that has brought parts of the society together who didn’t know each other and felt distance and distrust and fear, and have found common language on what is the most important thing in the world — their children,” said Shapiro.