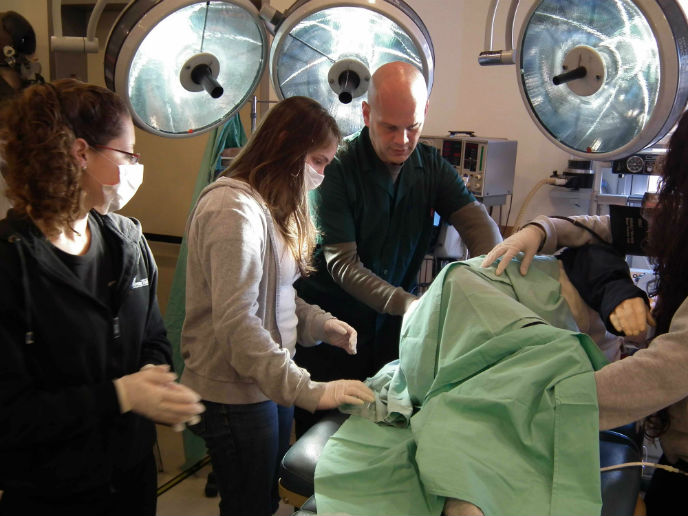 Approaching the Technoda Dorset complex in the Givat Olga neighborhood of Hadera, one is struck by how incongruous the clean pink-brick building looks among the tenements, ill-kept sidewalks and low-scale shops in the surrounding area.

But the location of the Center for Education in Science and Technology is no accident. Technoda was established in 1986 as part of the Jewish Agency for Israel’s Project Renewal – precisely for the purpose of providing Givat Olga’s children with the opportunities for enrichment that are taken for granted in more affluent communities.

Every year tens of thousands of children and teenagers receive an extensive extracurricular education here in a wide range of science and technology fields.

“The more disadvantaged among the children of Givat Olga are offered afterschool day boarding,” Director of Resource Development Liora Kalish tells ISRAEL21c as we tour the facility indoors and out. “They get a hot meal, help with their homework and access to all the activities of the center.”

One department is devoted to studying and assessing the long-term effects of this program on the kids. According to Kalish, “Not only do their grades in school improve, but 58 percent of them end up continuing on to academic studies connected to science and technology.”

In other words, she says, “It works.”

But she acknowledges some failures, particularly a lack of improvement in the kids’ language skills – a realization that has led to enhanced efforts in that area.

Walking through a large, colorful room set up like a city street with crosswalks and traffic signs, Kalish explains that this is for preschoolers learning about road safety. Every few weeks, the display is changed for teaching other subjects.

“For the little ones, as for older kids and adults, everything here is hands-on,” she says. “To be touched and experimented with, not just seen.”

In the afternoons, 2,000 youngsters from the region arrive for classes and activities in physics, biology, medicine, electronics, robotics, aeronautics, astronomy, astrophysics, optics, computers and mathematics. Some families can pay full price, making up 30% of Technoda’s revenue and helping subsidize tuition for those who cannot afford it.

The non-profit organization is funded mainly by local and foreign donors, with minimal subsidies from the Israeli Education Ministry. According to Technoda Director Gadi Mador, who heads a staff of 150 full-time and part-time employees, what is special about the center is its focus not only on cultivating future scientists, but on social equality and peace.

“We see that science and technology bridge gaps,” Mador tells ISRAEL21c. “These can be socioeconomic gaps, but also gaps between Arabs and Jews, religious and secular, and new immigrants and veteran Israelis. Sports used to be considered such a bridge, but we’ve seen what happens in Israeli sports, particularly soccer, which is characterized by discord and often violence.” 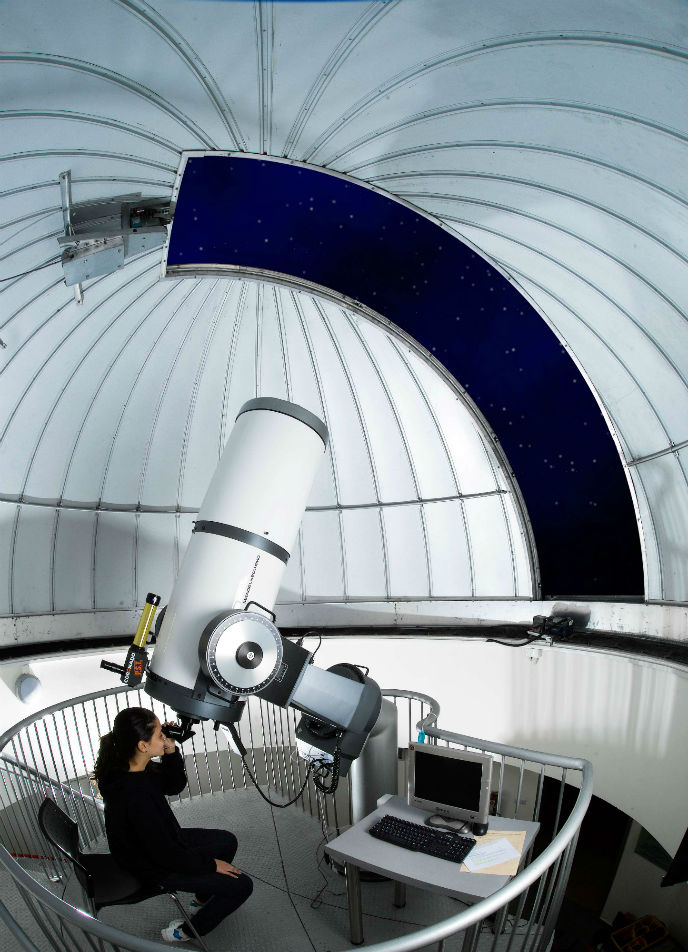 Jews and Arabs study technology together in Technoda’s Nitzanim (Buds) program. “This is a way not merely of talking about the possibility of peace,” Mador says, “but to make peace.”

Indeed, he explains, “Our two goals are to further the study of science and technology in Israel, while helping to cure societal ills and inequalities.”

According to Mador, this approach has had a genuine effect on Givat Olga’s residents. “We even hear from many of them that they are no longer seeking to leave the neighborhood, all because of Technoda, which they feel is the right thing for their children’s future.”

But it is not only children who enjoy the museum, star observatory, planetarium and computer lab – which doubled as a bomb shelter during Operation Protective Edge in July and August.

Civilian and military medical professionals and students use the state-of-the-art simulated medical unit on the premises, the only one of its kind in Israel for use by the general public.

Equipped with advanced tools (CT scan, ultrasound, defibrillator, incubator and other machines), this “hospital room” even has computerized patients on which examinations and various medical procedures can be conducted. At first glance, these life-like dolls look like real people lying in beds in an actual intensive care unit. The ambulance parked outside adds to the unit’s air of authenticity.

Mador brings personal expertise to this area of Technoda; he wrote his doctoral thesis at the Technion-Israel Institute of Technology about the Israel Center for Medical Simulation, a multidisciplinary virtual hospital at Chaim Sheba Medical Center.

Mador is not worried that Technoda’s success can, and often does, send youth from Givat Olga in search of greener pastures.

“If we can be a kind of way station for cultivating kids who subsequently leave, it’s a good thing,” he says. 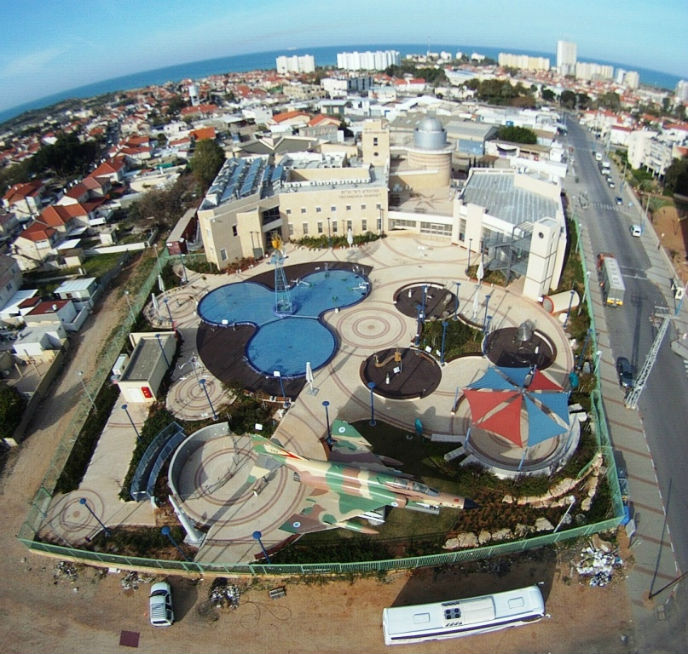 An aerial view of the Technoda Dorset complex.

“One mistake I learned from was not to help the poor families here – whether native Israelis or immigrants from the Caucasus and Ethiopia – through charity. Instead, we have to cause them to strive for bigger and better things. To empower them, not keep them weak.”

Asked if this meant that Technoda is providing the proverbial fishing rod, as opposed to the fish, he smiles.

“It’s much more than that. We are teaching them to build the fishing rod.”