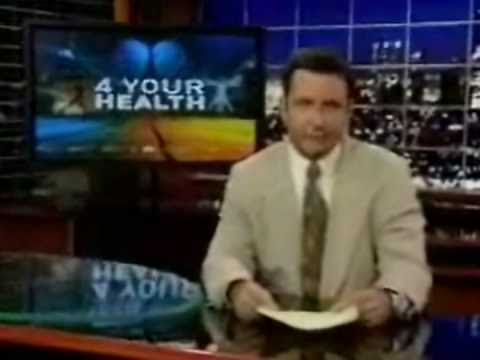 A unique potential solution in the pipeline for these patients is now being developed in Israel. The minimally invasive Optimizer III is a pacemaker-sized device that electrically stimulates diseased heart muscle, enabling it to contract more strongly and pump blood where it’s needed.

Implanted in a surgical procedure under local anesthesia and sedation, the Optimizer III just needs to have its battery recharged at home weekly for about an hour. And it has lasting effects, not just serving as an assistive device but actually strengthening the heart the same way any exercise builds muscle.

In June, Impulse Dynamics enrolled its first patient in a multi-center study to confirm the device’s safety and efficacy, aimed at getting approval from the US Food & Drug Administration (FDA).

Medical centers in Illinois, Louisiana, Nebraska, New Jersey, North Carolina, Ohio, Tennessee, Texas and Wisconsin are participating in the study, which will include a total of 230 patients with moderate to severe CHF.

The Israeli company has already been selling the product for eight years in Europe and the Far East. More than 1,000 patients have received an Optimizer implant, mostly in Germany, Italy and Austria. A few patients have also been treated at Israel’s Kaplan Medical Center.

No other device targets the muscle

“CHF is brought about by muscle fatigue from a combination of factors. The end result is that the heart has less ability to pump blood out,” says Impulse Dynamics CEO Dr. Irit Yaniv.

“Patients are usually treated with medications that help the symptoms but not the cause of the problem, or with implanted devices such as pacemakers or defibrillators. Nothing else targets the muscle itself, and nothing else actually ‘trains’ the heart.”

If it’s approved in the United States, the Optimizer will be a welcome advance for many of the five million people suffering from CHF.

Patients with a pacemaker to regulate their heartbeat can have this device implanted as well, if they meet certain criteria. “Many of our patients have both devices,” Yaniv tells ISRAEL21c.

Results in European patients have shown improvement in quality of life and exercise tolerance, with a reduction of hospitalizations due to heart failure.

Most patients start feeling a change in their level of performance just a few weeks after the implantation procedure. In many cases, the Optimizer has allowed people who couldn’t get up a flight of stairs to start biking, hiking and swimming.

One 70-year-old German patient reported that after being implanted with an Optimizer in April last year, “I cannot sit still. I am making up for what I couldn’t do in the last few years. I have no restrictions.”

Founded in 1996, Impulse Dynamics has its corporate headquarters in the Netherlands Antilles. Its Technology Research Center is based in Israel, and it maintains offices in New York and Germany.

Yaniv, who has experience in the medical devices and bio-pharma fields, holds a medical degree from Ben-Gurion University of the Negev and an MBA from the Recanati Graduate School of Business Administration at Tel Aviv University.

She’s currently the CEO of both Impulse Dynamics and its sister company, MetaCure, which employs the same technology in its DIAMOND device to stimulate stomach muscles as a treatment for type 2 diabetes.

Both CHF and diabetes are epidemic conditions. The American Heart Association estimates that one out of 10 people over the age of 65 will suffer from heart failure at some point. Clinical testing so far has indicated that approximately 70 percent of CHF patients with advanced symptoms would be eligible to be fitted with an Optimizer.

UNCOVER ISRAEL - Get the ISRAEL21c
Weekly Edition free by email
Sign Up Now!
Bring Israel's story to life.
Millions of people around the world rely on us to gain a deeper understanding of Israel. We are the trusted source for original content you won't find anywhere else.
You can make a difference. Donate today to support journalism that brings Israel’s story alive.
SUPPORT ISRAEL21c
Read more on:   Health, Biotech, Medical devices