For a self-proclaimed foodie like me, the opportunity to attend Tel Aviv’s Vegan Fest was a dream.

Interestingly, though, I am far from vegan. Fish, ice cream, eggs, and cheese are all staples in my everyday diet. In another life, I would love to experiment with veganism, but in this life, I think the closest I could come is pescatarianism. 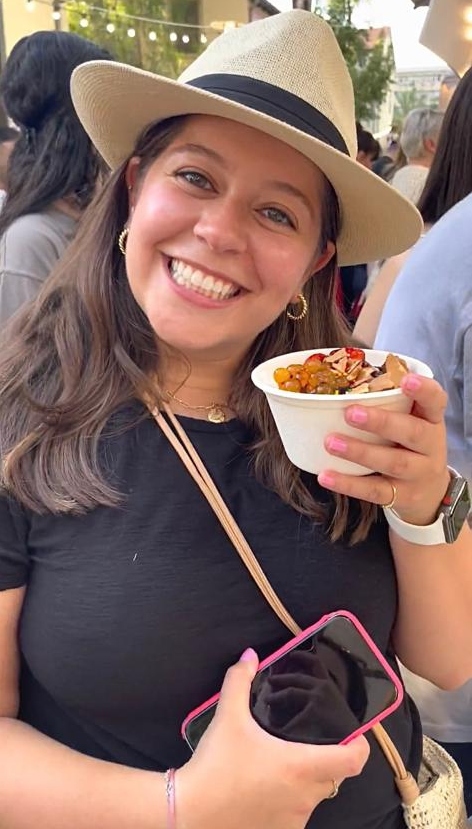 And yet I’m super experimental when it comes to food. So I was stoked to be in an environment where I had no choice but to try new vegan foods.

Boasting over 100 food stalls and 100,000 attendees, the event is the largest vegan festival in the world. The Vegan Friendly organization and Tel Aviv municipality hosted the three-day fest for the first time since 2019.

The green spaces of Sarona Market were filled with food and product vendors, energetic music, speakers, and even cooking classes. Festival guests appeared excited to be there, with many posing for photo opportunities and snapping selfies. 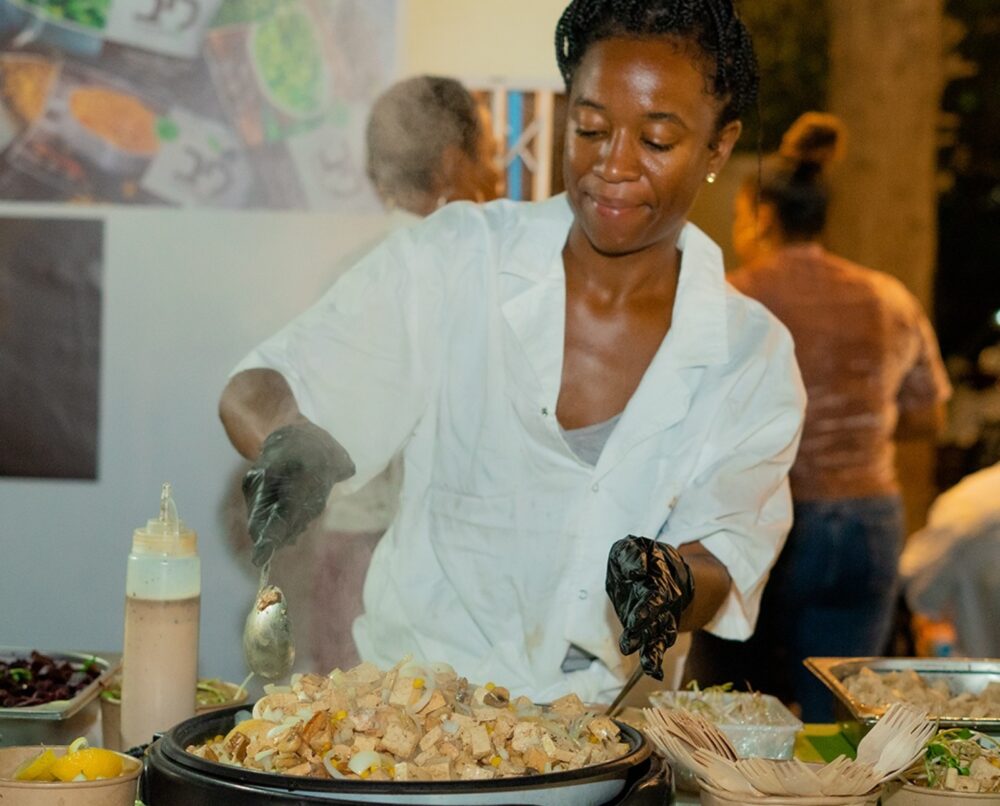 Cooking up a tofu stir-fry at Vegan Fest 2022. Photo by Ruthie Benzimon/Beyond Words

After exploring the grounds for a few minutes, I made my way to my first vendor: the Dim Sum Shop. Located in the Dizengoff Center, the restaurant features a variety of noodles and fun-colored dim sum. I tried three different types of vegetable gyozas. 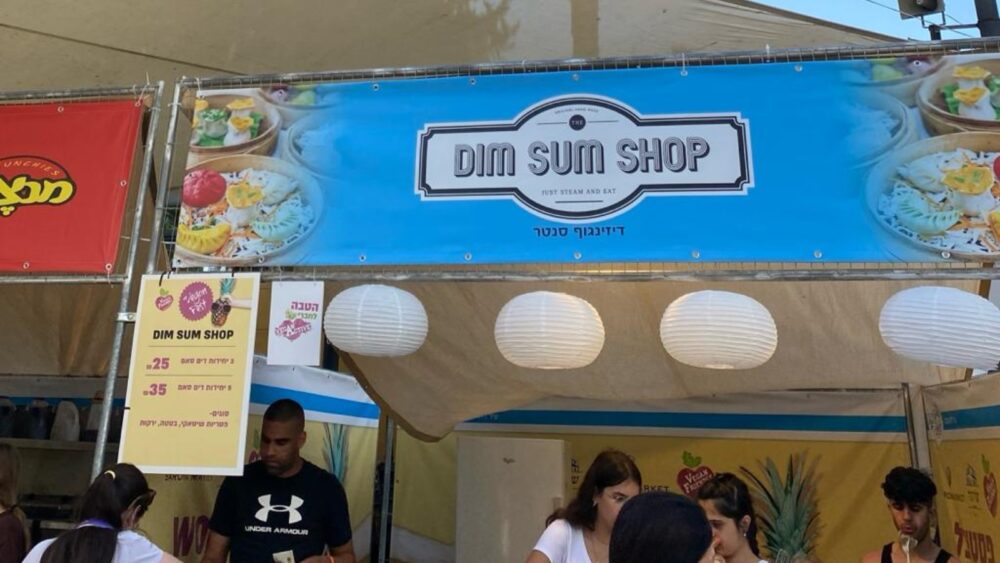 Vegan dim sum was on offer at Vegan Fest 2022. Photo by Carly Brechner

Because the dumplings were veggie-filled rather than with a meat supplement, it tasted like a dish I would typically eat at a restaurant. I specifically enjoyed the green edamame gyoza. If I were to be a vegan, the Dim Sum Shop would be a consistent restaurant on rotation.

Another Asian-inspired stall that stood out was Green Roll Vegan Sushi. The first and only vegan sushi restaurant in Israel, Green Roll was founded in 2015 and is permanently located near Rothschild Boulevard. 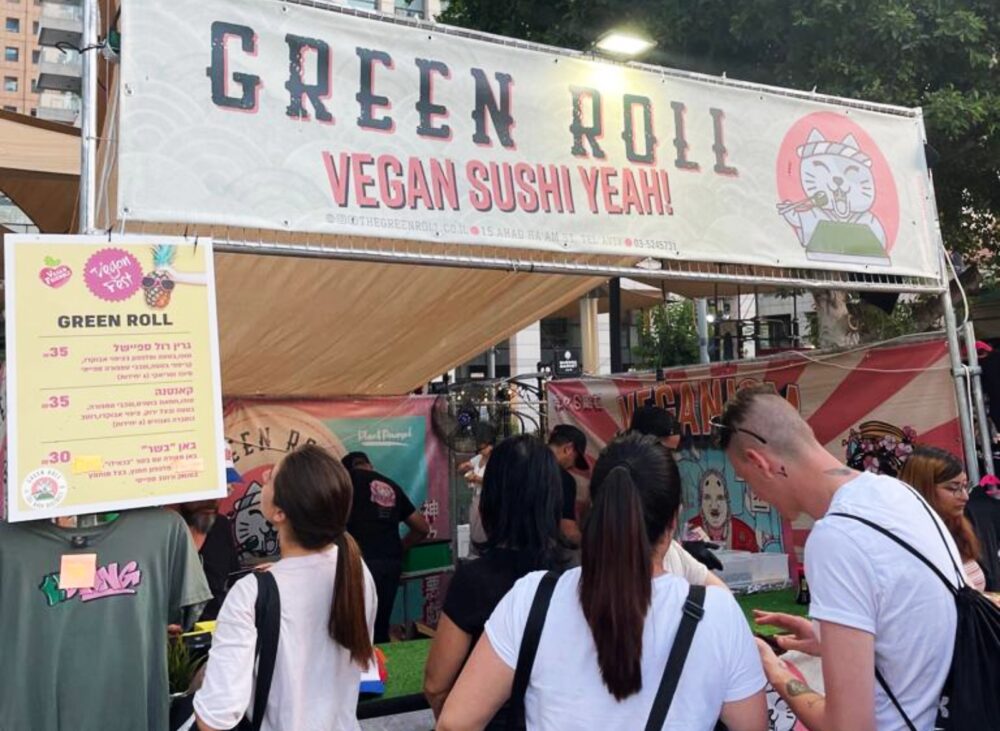 The festival stall had a limited menu, but I loved everything I ate. I tried the Green Roll Special, a sushi roll with kanpyo, sweet potato, avocado-coated cucumber and tofu, tempura, chives and sesame. You could definitely taste the lack of fish, so as a sashimi lover I likely would not order it at a restaurant. Overall, though, I thought it was a great combination of flavors and textures.

I also sampled a bun with pickled onions, cabbage and a vegan meat alternative. I loved everything about this dish. It was the best balance of sweet, spicy and sour. Vegan or not, I would order this again.

My last and best taste of the night was at EggZit. While not a standalone shop, EggZit features crazy desserts and ice creams that can be purchased at various events and food trucks. 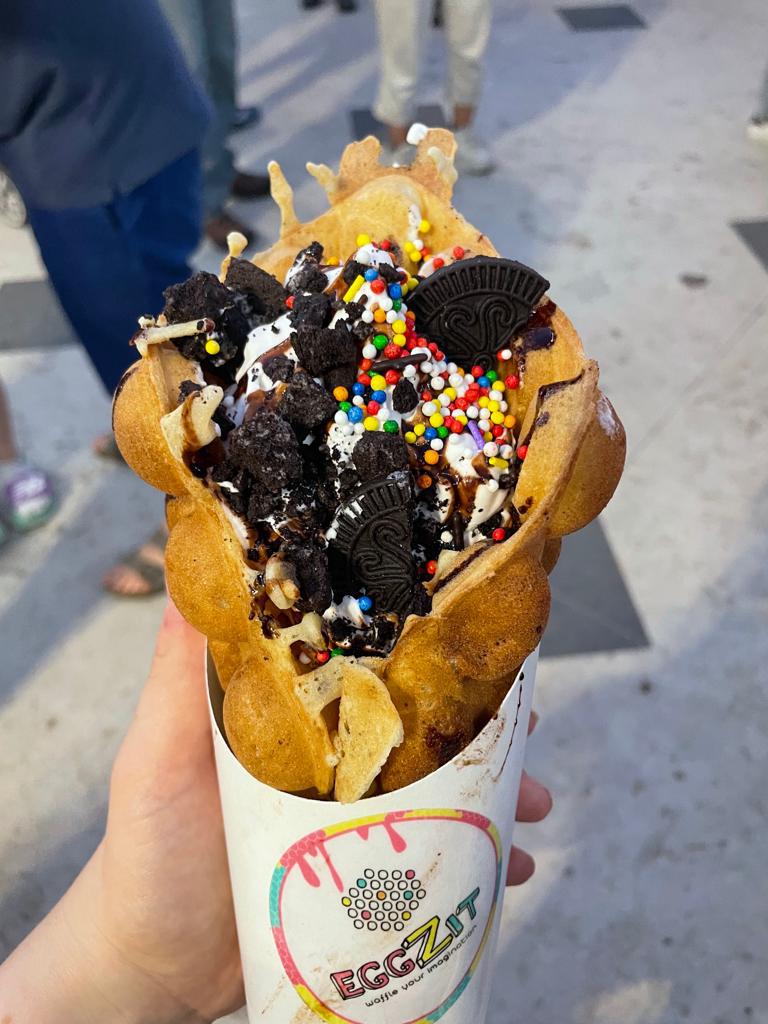 It was delicious, indulgent and entirely plant based. I could not believe how amazing it tasted (and looked). You would never know there was no dairy or animal byproduct in this dish.

I would recommend EggZit to anyone and everyone in the Tel Aviv area. It was truly a highlight of the event for me.

As a non-vegan, I was so impressed with Vegan Fest. It exposed me to new dishes, flavors and food combinations that I would try again any day of the week. 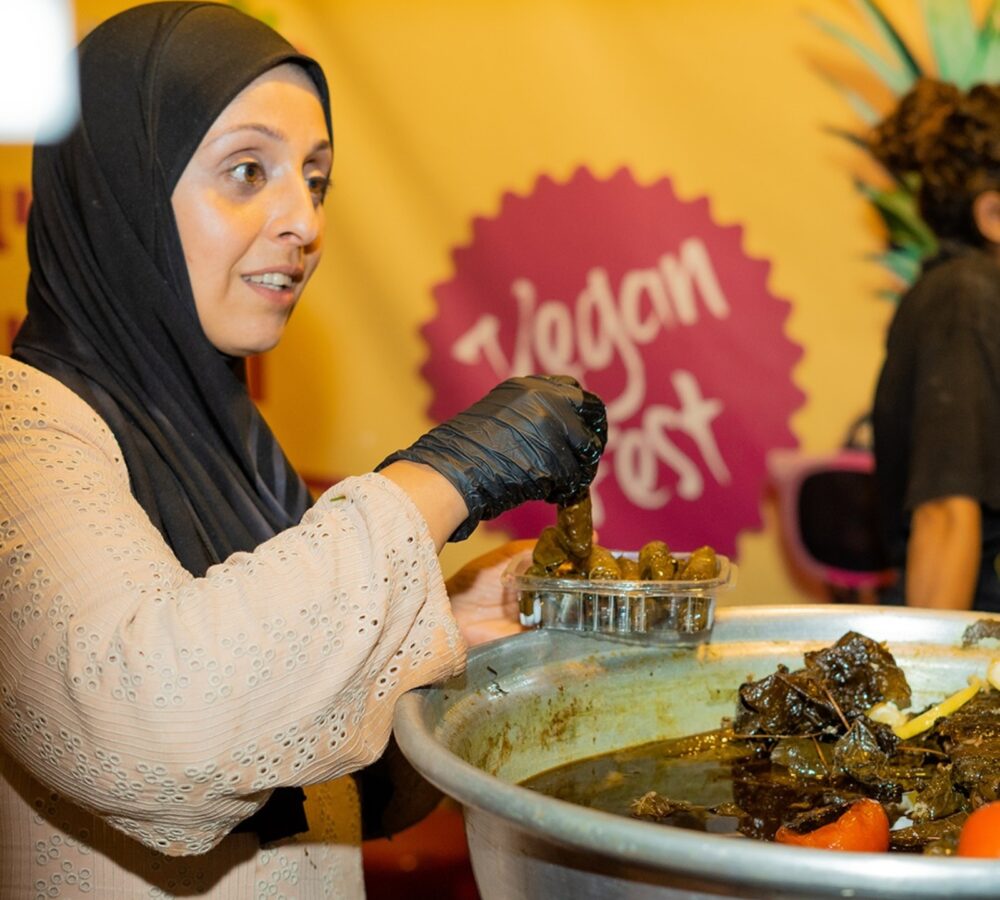 I think veganism often has a stigma of consisting of bland vegetables and fruits, but Vegan Fest showed me this is far from the case. From sushi to ice cream to Mexican food to beauty products, I learned that almost anything can be modified in a vegan manner.

I’m still unsure if I could be a vegan myself, but I am now much more excited to try new plant-based foods during my summer in Tel Aviv.

UNCOVER ISRAEL - Get the ISRAEL21c
Weekly Edition free by email
Sign Up Now!
Bring Israel's story to life.
Millions of people around the world rely on us to gain a deeper understanding of Israel. We are the trusted source for original content you won't find anywhere else.
You can make a difference. Donate today to support journalism that brings Israel’s story alive.
SUPPORT ISRAEL21c
Read more on:   Tales from the heart, Culture, Israeli food and drink, vegan, Sarona Market, Vegan Friendly 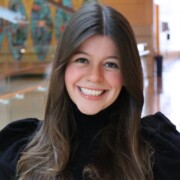 Carly is a student at the University of Michigan spending the summer of 2022 in Tel Aviv. A rising journalist, her work has been published in several campus publications as well as Betches Media. When not writing, she loves trying new restaurants, viewing art and theater, spending time in the ocean, and enjoying all that Israel has to offer.

View all stories by Carly Brechner