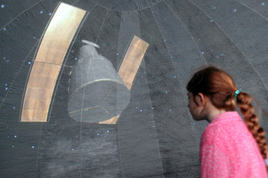 Last night, the Ministry of Science, Technology & Space in conjunction with the the European Union, held its annual Night of Scientists, an event celebrating Israel’s advanced research and technology. This year’s theme – “Touching the Stars” — is very much in keeping with Yom Kippur and the notion of purity. Is there anything more pure than light? 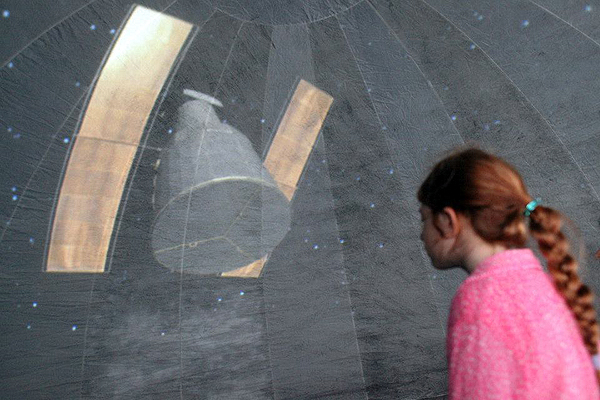 On Night of Scientists, research institutions and science museums around Israel — from Kiryat Shmona to Eilat — open their doors to the public and offer eye-level meetings with scientists and scientists, lab tours, lectures, concerts, experiments, workshops and experiential science activities for children and adults alike. 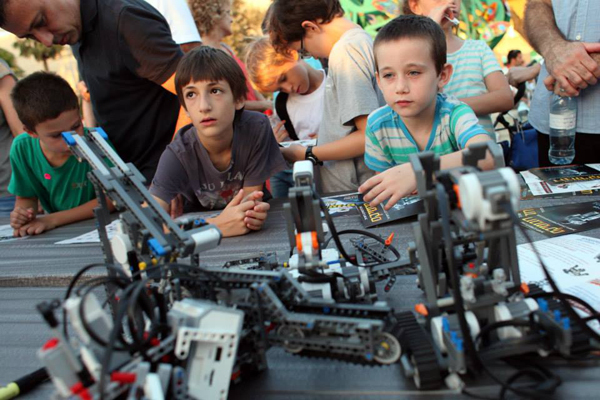 The theme of space exploration was chosen as 2013 is the tenth anniversary of space shuttle disaster Columbia, whose crew included the first Israeli astronaut Ilan Ramon. The 2012 theme of computer science celebrated 100 years since the birth of founding computer scientist Alan Turing, and 2011 was all about chemistry in service of the community. That event was registered in the Guinness Book of World Records as “the world’s largest chemistry lesson” held in 13 places at the same time.

Science, Technology & Space Minister Yaakov Peri was among the participants in the night’s scientific demonstrations. 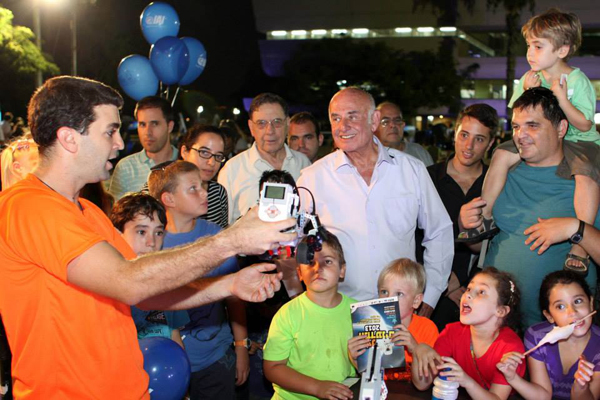 This year, a special broadcast was held with NASA Administrator Charles Frank Bolden, Jr., who spoke about his experiences as an astronaut aboard the international space station, NASA’s plans for the near future and recent discoveries by the space rover Curiosity. 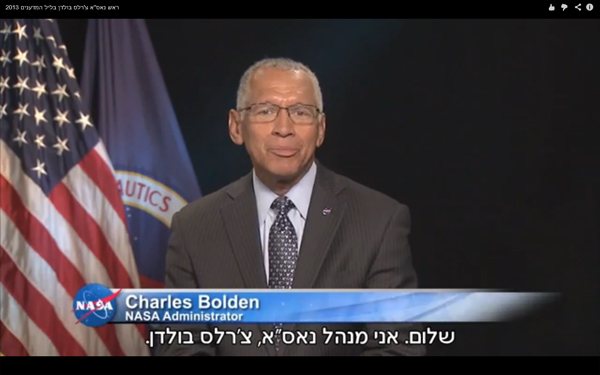 Wishing all an easy fast tonight and tomorrow, followed by a new year of wonder, discovery and exploration.