Find your way to calm. Photo by Shutterstock

“I was at the movies with friends the first time it happened,” Wallach tells ISRAEL21c. “I felt my heart starting to race. Then I didn’t feel my legs.”

Wallach headed home and climbed into bed, hoping she’d feel better in the morning. But she woke with the same symptoms.

At this point, she says, “I was afraid I was going to lose my sanity.” She actually drove to her mother’s house “to say goodbye.”

Her mother, Dr. Orna Levin, a physician, however, recognized what was going on and explained to Wallach that she was having a panic attack. 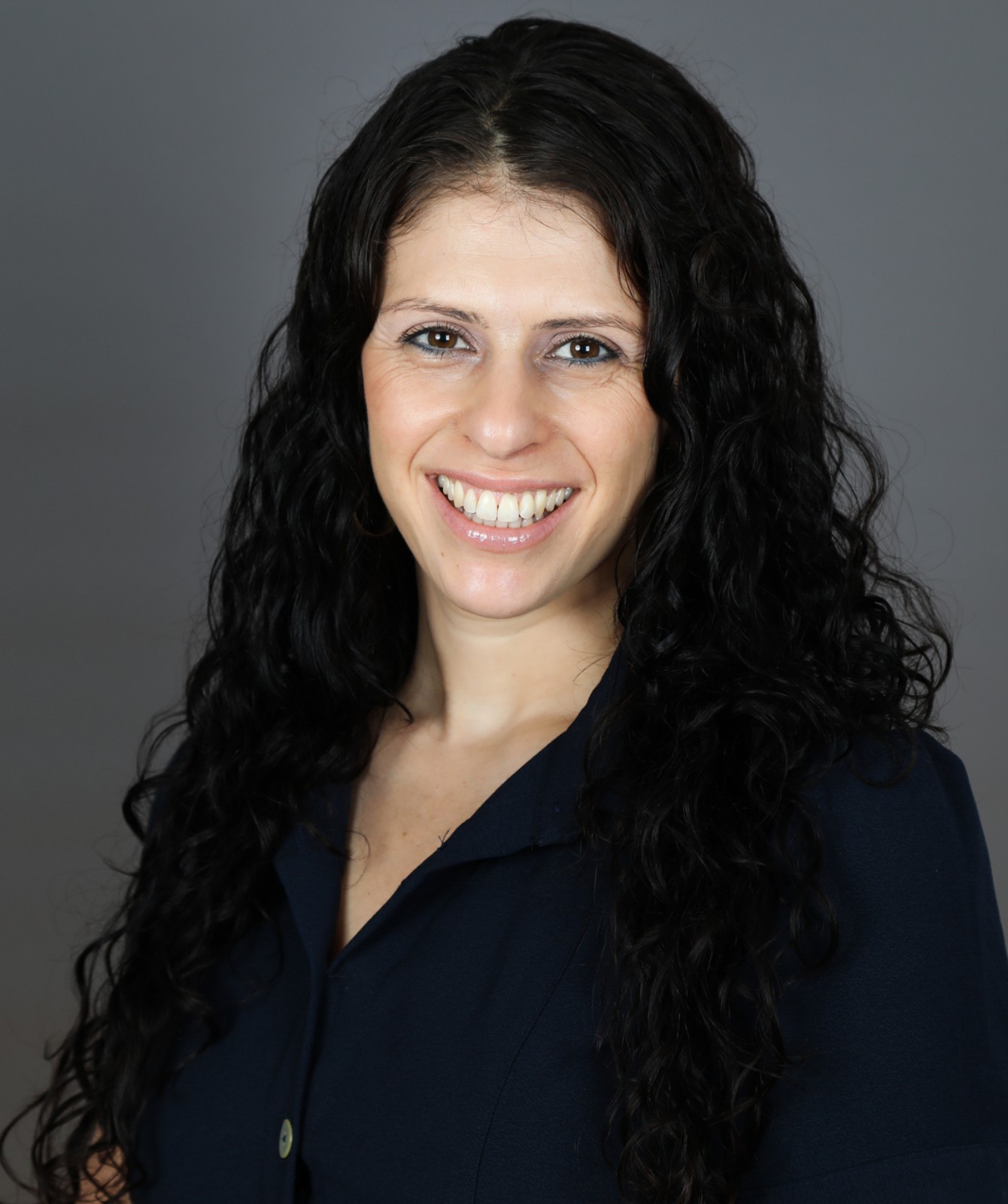 The episodes didn’t go away with this new knowledge, unfortunately. “Sometimes I had six to seven panic attacks a day,” Wallach says.

“I changed my diet, started taking supplements, tried acupuncture. They were somewhat effective, but I was not able to use them fast enough to stop the attacks. I started avoiding places that might trigger an attack. I didn’t go to the movies for years. I stopped swimming. I was afraid of flying.”

Wallach’s degree from the Technion is in biomedical engineering. Could she engineer her way out of her panic attacks, she wondered, and build a medical device that could provide calming relief? 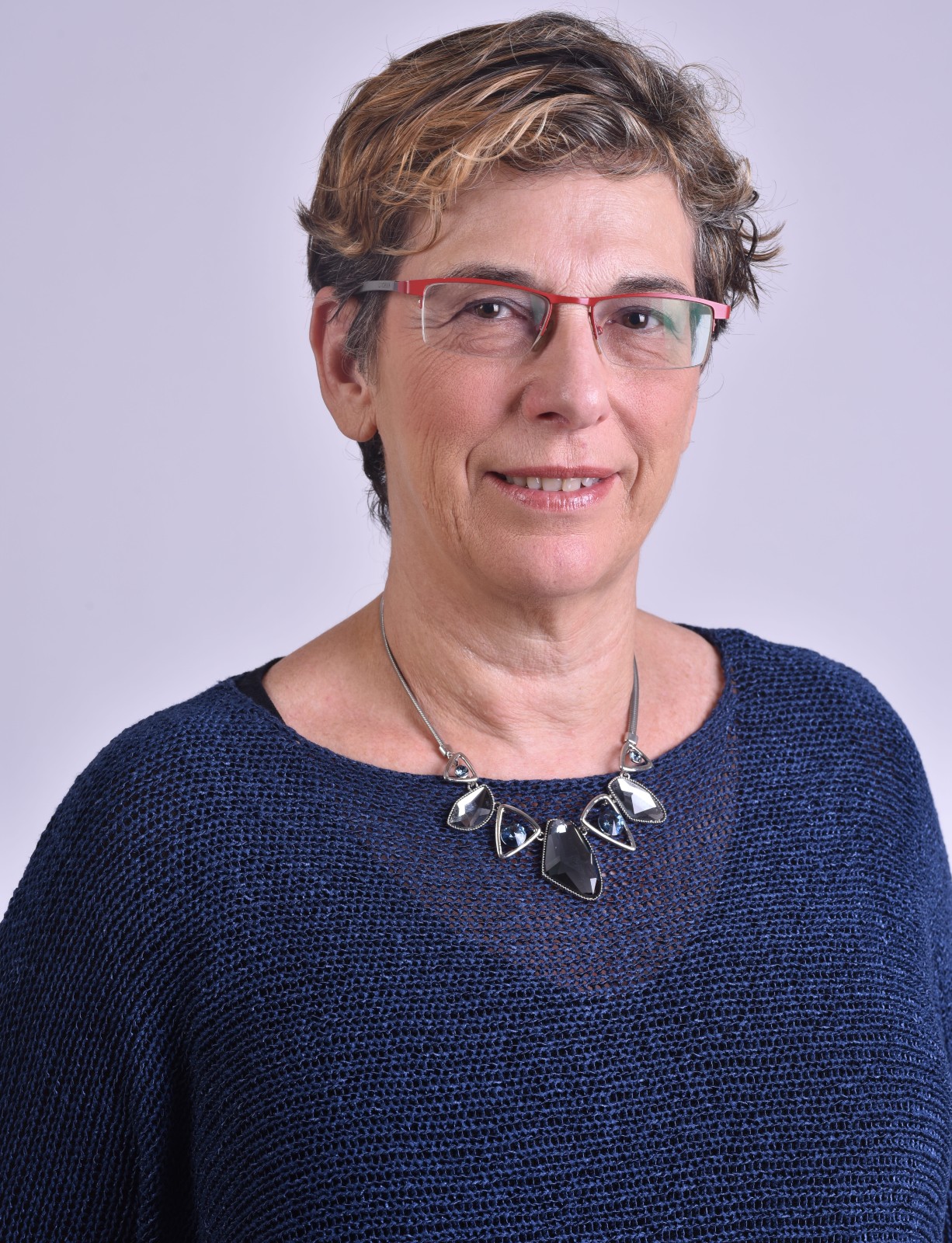 Together with her mother, Wallach founded Dendro Technologies. Today, for $179, you can purchase their solution to panic attacks: CalmiGo, a handheld device that looks like an asthma inhaler and that engages vision, touch and smell to reduce stress.

Especially these days with Covid-19 showing no signs of slowing down, CalmiGo comes at a particularly apt moment of collective anxiety.

Launched in 2019, CalmiGo has sold 20,000 units on Amazon.com, on the CalmiGo website and via third parties such as the FSA Store. The US Veteran’s Administration is buying CalmiGo devices to distribute for free to veterans, and the IRS has approved CalmiGo as a health-related expense, making it tax deductible in the United States.

CalmiGo first and foremost helps regulate breathing, although not in a way that requires cognitive effort.

That’s important because popular breathing techniques require concentration while counting. The problem is that counting “activates the sympathetic nervous system at a time when you want to quiet it,” Wallach tells ISRAEL21c.

A series of three blinking lights on the CalmiGo device guides your exhalations. When the third light comes on, you breathe in again. You don’t have to think or count –just breathe.

The device has a learning mechanism, Wallach says, that tracks your breathing patterns and adjusts itself to gradually slow your exhalations over the three-minute recommended period of use. (Three minutes three times a day works best, Wallach adds.) 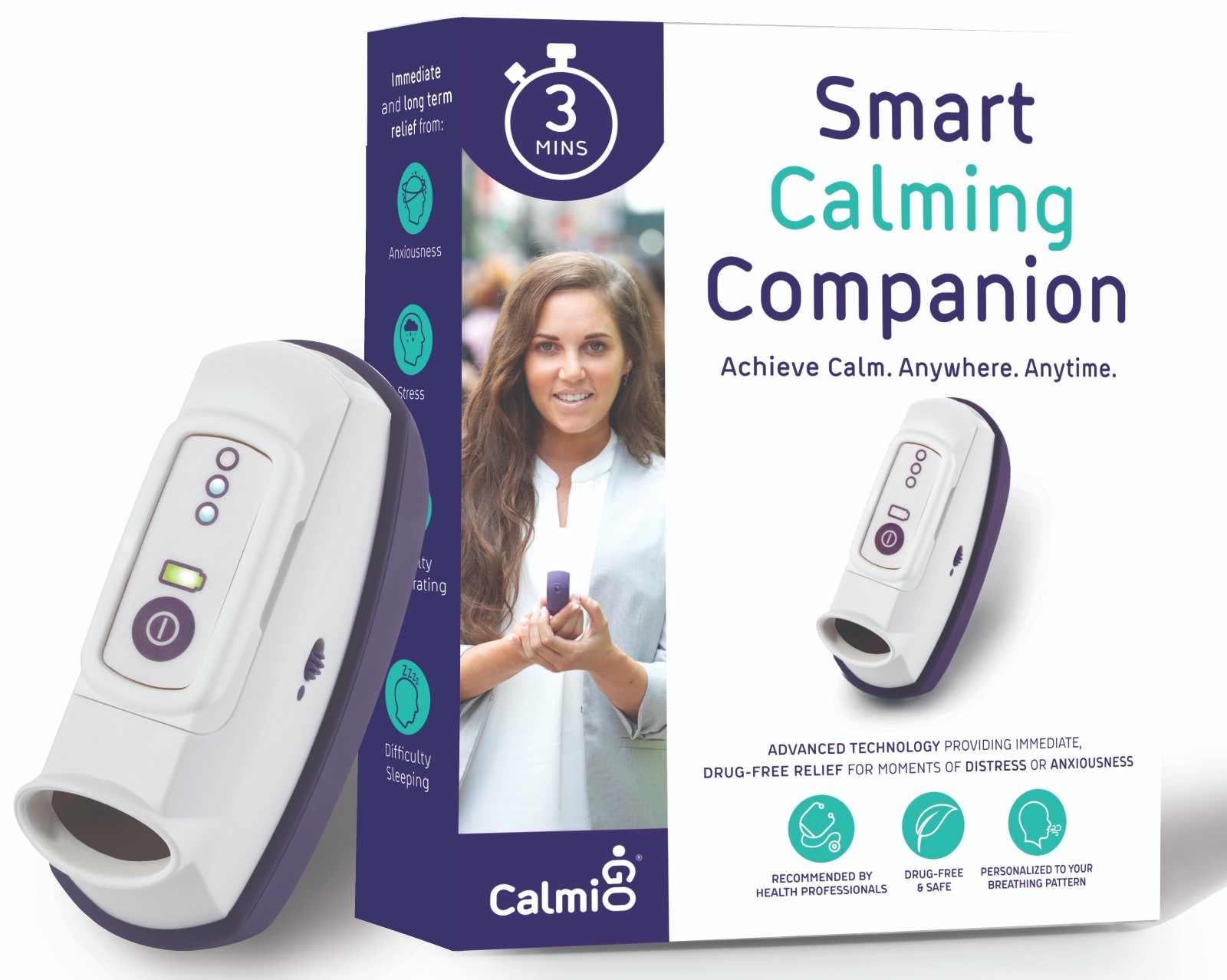 CalmiGo has an optional function that vibrates the device when you’ve finished exhaling. That addresses another sense – touch – in much the same way that the flashing lights engage vision. (The vibration, it should be noted, may not be quiet enough to use before bed with a partner.)

The third sense is smell. Every CalmiGo unit is shipped with lavender, peppermint or bergamot “scent panels” which snap onto the front of the device.

“We embed aromatherapy oil onto a solid element, so there are no liquids to worry about,” Wallach says. Each panel lasts three to six weeks.

Wallach insisted that CalmiGo be small enough to fit into a purse or pocket and super easy to use.

“Even a high-tech person can’t use a sophisticated tool during a panic attack,” Wallach says. “We needed it to be simple and effective in just a few minutes.”

Activating the parasympathetic system for relaxation is not unique to CalmiGo, of course – yoga and meditation do much the same.

“But CalmiGo provides immediate relief, which is harder to do,” Wallach says. “Yoga is great for the long term. But most people are not able to integrate something like that into their daily routine. CalmiGo takes just a few minutes and you don’t need a specific environment or a quiet room. You can use it on a subway or on an airplane.”

Speaking of airplanes, can CalmiGo help with mental stress beyond panic attacks – for example insomnia or fear of flying?

Wallach stresses that CalmiGo is “not a medical device. But, yes, it can help people who have a hard time sleeping.” And Wallach has used CalmiGo to help with her own flying fears.

The device’s components are sourced from China and assembled in the United States, where most of the company’s sales have been so far.

Dendro Technologies has raised $3 million from angels and several smaller VCs, including Israeli Alon Matas, whose Silicon Valley-based online therapy startup Better Help has also seen a boost in interest as a result of Covid-19-fueled anxiety.

CalmiGo has been extensively tested. One study was done at Israel’s private university IDC with students who suffer from exam anxiety. A control group used standard breathing techniques while the other received CalmiGo; the latter showed significantly more improvement. The results are due to be published in the Journal of Applied Psychophysiology and Biofeedback.

Another study looked at veterans suffering from post-traumatic stress disorder. “We found a significant decrease in both PTSD and anxiety after just two weeks of use,” Wallach notes.

A third study being conducted in the oncology department at Tel Aviv Sourasky Medical Center in Israel is following health professionals who suffer from burnout, and cancer patients with a high degree of stress.

And a US clinical study is ongoing in the emergency department at Northwell Health in New York. Results are expected by the end of 2021.

Some 40% of American adults are showing signs of anxiety and depression since the Covid-19 crisis broke out last year. Wallach sees this as a positive in some ways.

“Everything related to mental health is more out in the open. Even the business magazines are now talking about mental health,” she notes.

One of Wallach’s most poignant success stories comes from the mother of a child with Tourette’s Syndrome. “Covid really triggered him, but his mother didn’t want to put him on any more medication. They bought CalmiGo and it helped a lot. The mother wrote to me, ‘I got my boy back.’ This meant everything to me.”

Wallach relocated to New York last year to focus on the company’s sales and marketing. R&D, headed by her mother, is in Israel. Wallach is the company’s CEO; Levin, who focuses on herbal medicine, acupuncture and nutrition in her medical practice, is Dendro’s president.

If Wallach hadn’t been forced to confront her own panic attacks, she might be just another high-tech highflyer. She has been working in the industry for 19 years, including 10 in the defense industry. Before that, she managed R&D for a 3D printer company. She never expected to be in the medical devices business, but CalmiGo has become not only her passion but a business she hopes will be transformative for people navigating a stressful modern age – Covid-19 or not.

The best news for Wallach: “My last panic attack was over three years ago and I was able to stop it in less than two minutes by using CalmiGo,” she says.

Click here for more on the science behind CalmiGo.