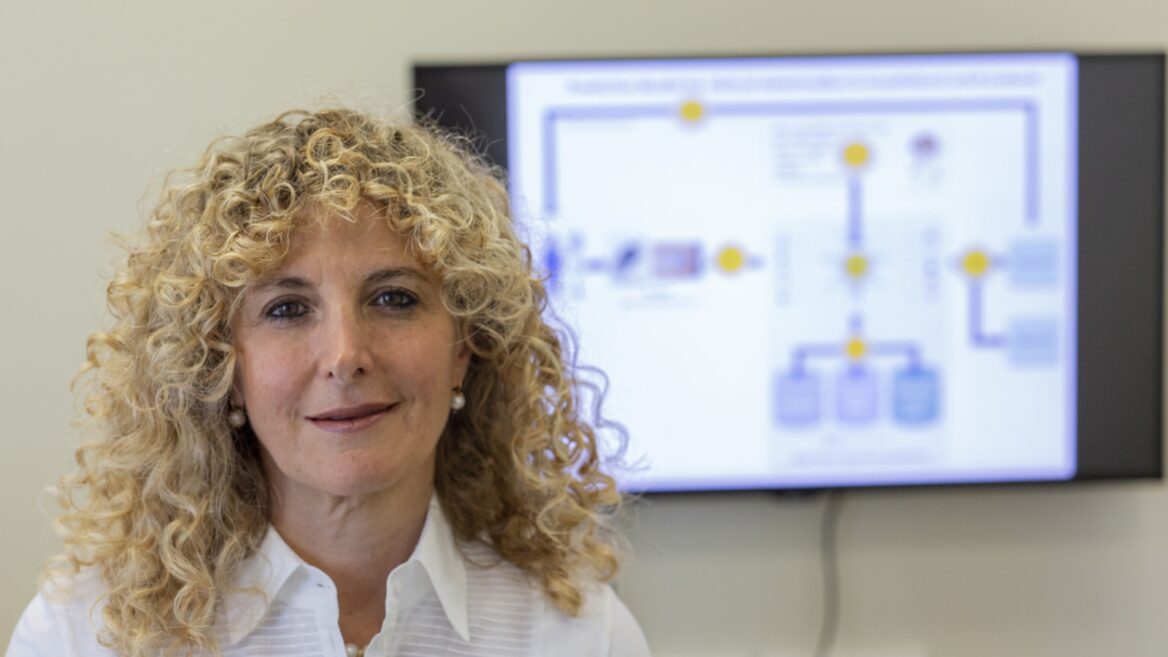 Look, it’s Super Nurse! Able to monitor multiple patients in separate rooms simultaneously; staying on top of their blood pressure, pulse and vital signs; and spotting signs of deterioration even before the patients feel it themselves.

This medical superhero is not human, but rather a product of artificial intelligence, advanced software algorithms, sensors and cameras. And it’s being assembled right now at Tel Aviv Sourasky Medical Center.

The creation of an AI-powered “super nurse” is the result of a decade of steady work by Ahuva Weiss-Meilik and her team in the hospital’s I-Medata center.

“Our doctors and nurses can’t be everywhere,” Weiss-Meilik tells ISRAEL21c. A thought no doubt being echoed across Chinese hospitals in the midst of the coronavirus outbreak right now.

The situation is made even worse by chronic staff shortages in hospitals around the world, including those in Israel.

The hospital is currently conducting a trial of Weiss-Meilik’s continuous monitoring technology with 24 patients in “regular” internal-medicine wards. They have all given their consent. (Big Brother may be watching but he has permission.)

Sensors check patients’ blood pressure, heart and respiratory rate, while a camera watches at all times. The data is streamed to a central viewing station where hospital staff is alerted if a change develops.

If monitoring were the entire extent of Weiss-Meilik’s project, it wouldn’t be so potentially game-changing.

But the I-Medata team is developing predictive algorithms that can determine, based on the camera and sensor data (a drop in blood pressure, for example), combined with information from a patient’s electronic medical record (EMR) and aggregated data, what a particular patient’s medical trajectory is most likely to be – and whether that patient should be given extra attention.

AI can spot potential deterioration hours before a human nurse or doctor could. And it can tell if a patient is likely to be readmitted in the future.

“No doctor, no matter how good he or she is, would be able to look at all this data and gain immediate insight,” Weiss-Meilik points out.

“AI testing will eventually be a part of all hospital admissions in the future,” she predicts. 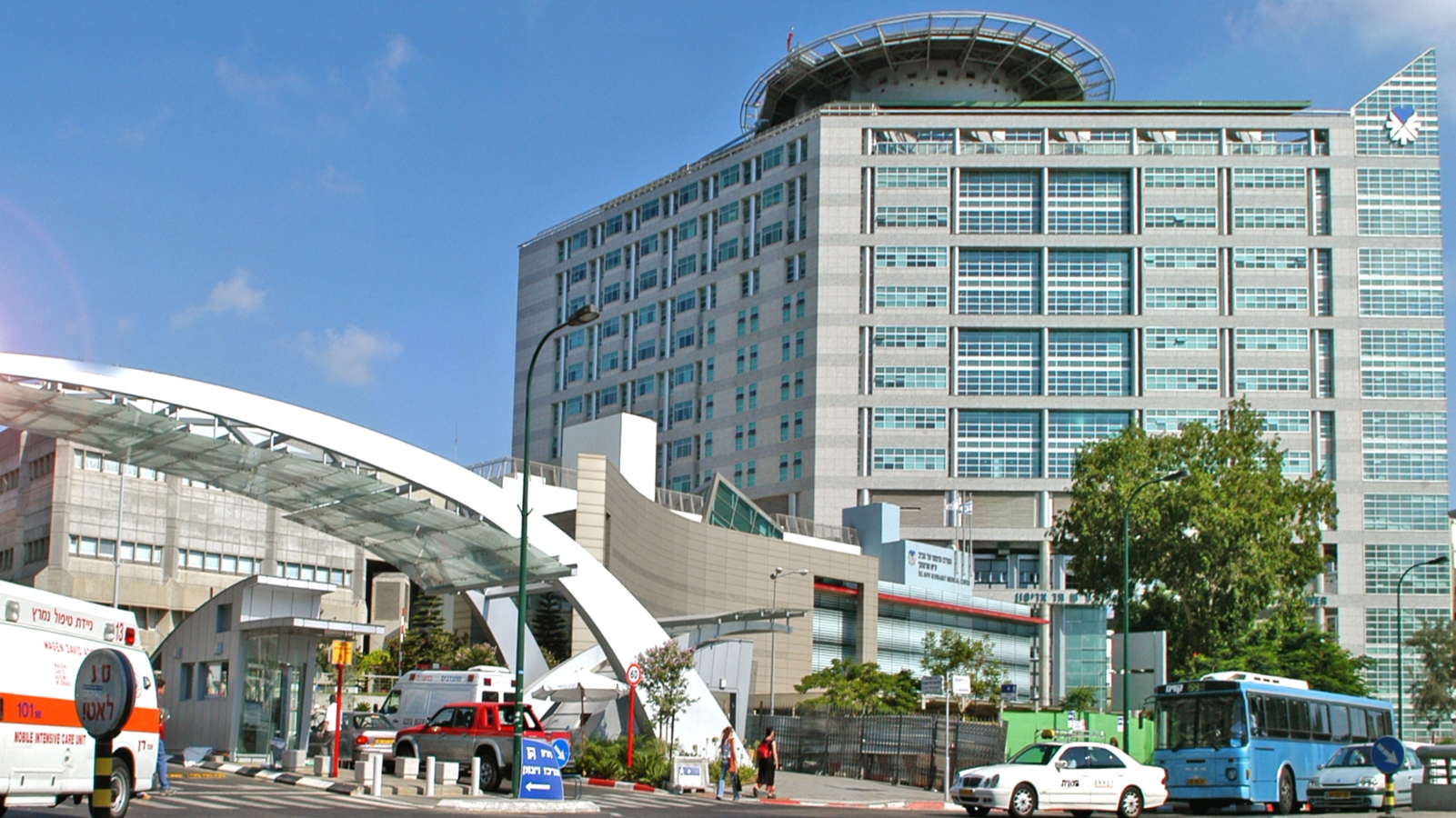 Tel Aviv Medical Center– Israel’s largest acute-care facility, with 1,500 beds — has an advantage in implementing this type of big data system because it’s long been at the forefront of collecting patient data in Israel.

“We have computerized medical records going 10 years back,” Weiss-Meilik says. “It’s enabled us to do this kind of research and development.”

Weiss-Meilik’s team now is creating an ecosystem within the hospital “to inform and support our clinical staff.”While the artificial intelligence and algorithm development is being kept in-house, the I-Medata department has partnered with two Israeli startups.

AnyVision of Holon, which specializes in face, body and object-recognition software, is powering the cameras.

The company generally works in the security and surveillance sphere, including law enforcement, retail, banking and casino clients; this is AnyVision’s first foray into powering medical technology. (The company closed a $74 million Series A financing round in June 2019.)

BioBeat, based in Petah Tikva, is behind the sensors. The company has developed a disposable patch worn on the skin to track such vital signs as blood pressure, oxidation rate, pulse, skin temperature and sweat. 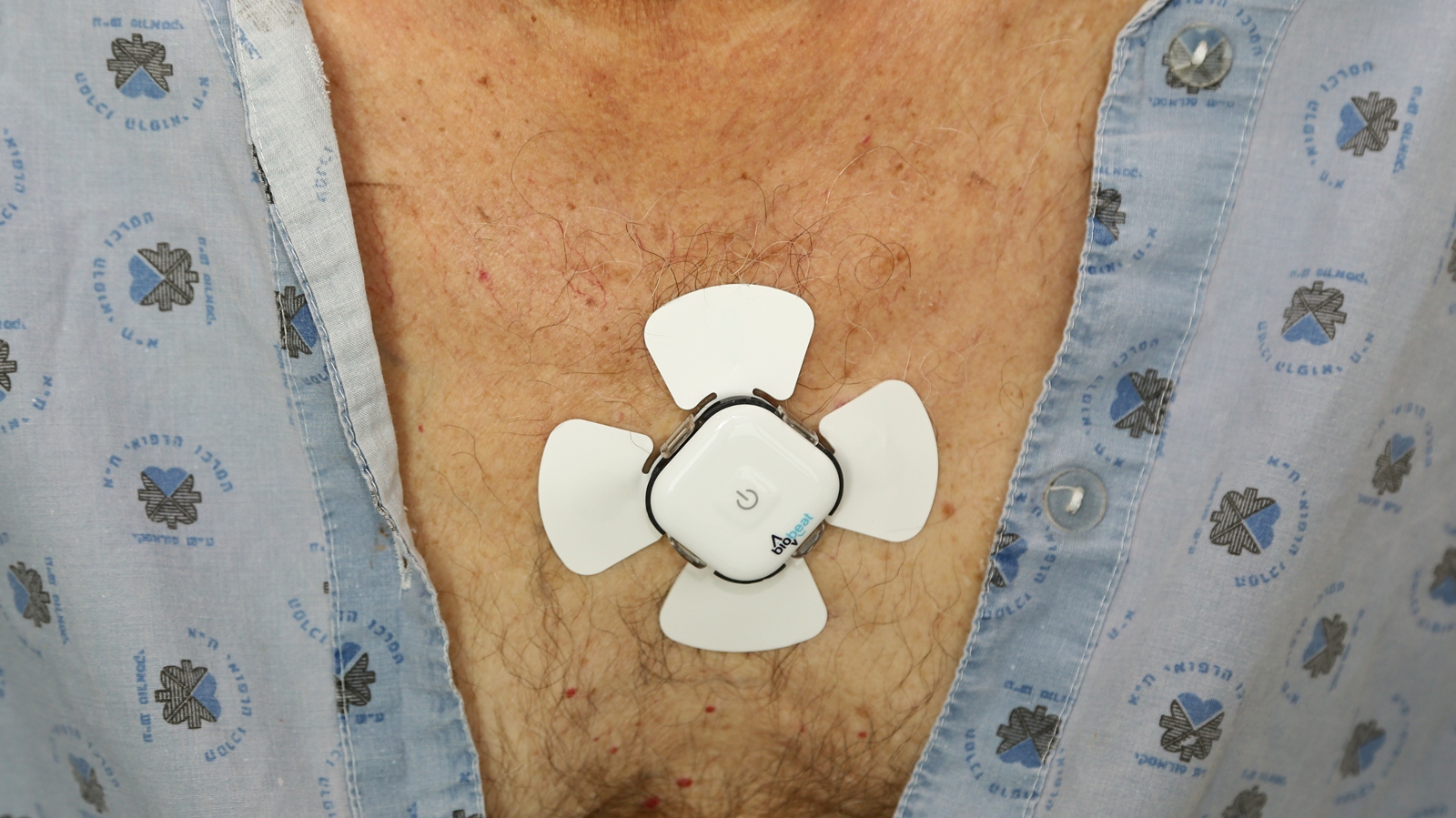 All the vitals are transmitted in real time via Bluetooth and Wi-Fi to the patient’s EMR as well as to the BioBeat cloud, so BioBeat can learn from the data and improve functionality.

BioBeat has received US Food and Drug Administration clearance for its cuff-less non-invasive blood pressure monitoring. The company has also developed a wristwatch device for monitoring vital signs at home, Eisenkraft says.

Weiss-Meilik’s group is also working on integrating other areas of Israeli-developed AI into the hospital workflow.

Agamon specializes in natural language processing (NLP) to make sense of unstructured text summaries in patients’ records, such as operation summaries and radiological reports. The system puts these summaries into a structured database format.

“It takes a lot of human resources to do that,” explains Weiss-Meilik. “Using AI, we can open up data that was useless before in order to do advanced research.”

While some patients are not connected to a monitor “because their condition does not require it,” Gamzu told Ynet, “sometimes they suddenly ‘surprise’ us and their condition starts to deteriorate. The medical staff needs systems to help them identify complex situations and to navigate through massive amounts of data.”

Weiss-Meilik is the head of the medical center’s Data Science and Quality Division. She previously served as the national coordinator of the Middle East Quality in Health Care Program coordinated by Harvard University, and headed the clinical and economic performance unit at Sheba Medical Center. She received her PhD from the Technion – Israel Institute of Technology.

“For now, we’re still at an early stage,” Weiss-Meilik tells ISRAEL21c. “But if we develop these models and get them on the market, we could improve health worldwide.”

That would be a super nurse, indeed.