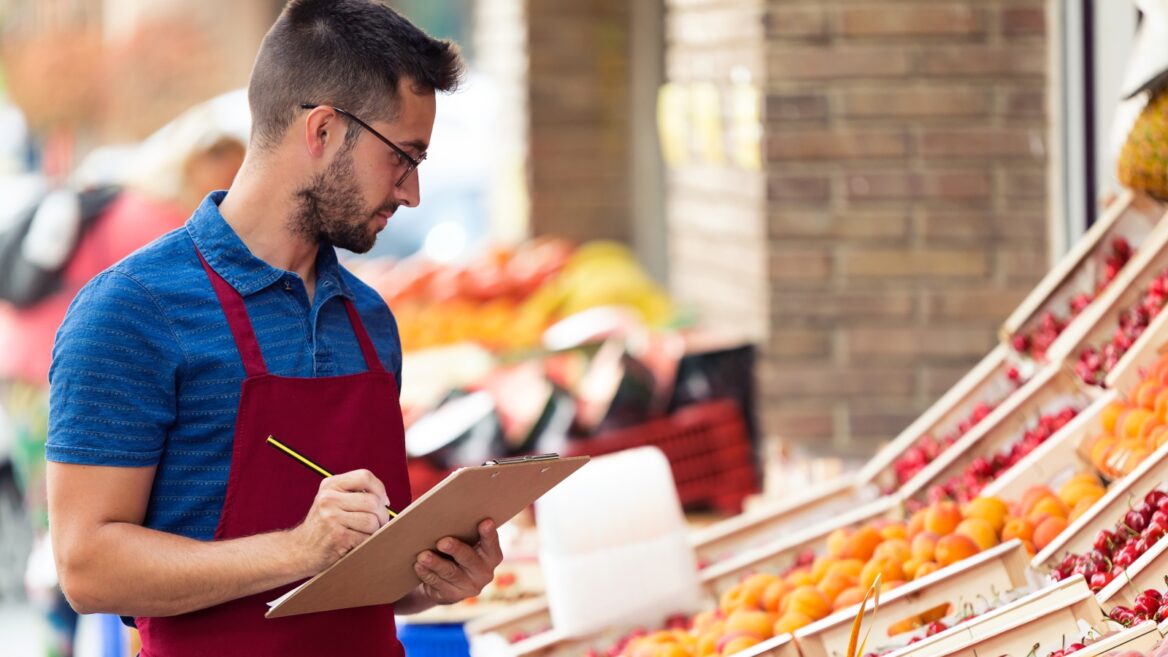 Whether you’re a big-box store or a corner mom-and-pop shop, inventory and order management is a complex task.

While the Walmarts of the world can afford to spend money and manpower on technologies to manage what comes in and goes out, Israeli startup Supplyve sampled 100 businesses and found that 93 percent of small independent retailers still use Excel spreadsheets or even pencil and paper.

Those old-fashioned methods aren’t cutting it anymore, especially since the pandemic triggered a global supply-chain crisis that’s making it difficult to source products as basic as Coke.

Supplyve was founded in June 2021 to streamline the supply-chain process for the little guys and their vendors.

“They are losing countless hours and millions of dollars on inefficient order and inventory management,” says CEO and cofounder Joey Rubinstein.

“The entire retail market is a veritable jungle of tangled pen-and-paper trails, phone calls and emails. We can organize this mess by redefining the ordering process for the independent grocery market — worth roughly 3% of the entire US GDP — and hopefully inspire other Israeli startups along the way.”

Rubinstein explains that current supply-chain systems such as Square require retailers to enter all their products manually.

“That would take 180 hours – seven 24-hour days –for a small grocery with 10,000 products. So despite the losses from poor ordering decisions and spoilage, it’s too much work to use these systems,” Rubinstein tells ISRAEL21c.

“Vendors also end up suffering from not knowing what’s going on in the store. We wanted to allow vendors to control their order flow and allow retailers to handle inventory and order more efficiently.”

According to Rubinstein, this capability makes inventory counting cheaper and four times faster.

“We built it in a unique way, which allows the businesses to find new suppliers and to source hard-to-find products,” he says.

“Another cool feature allows us to take pictures of invoices, which have barcodes, amounts and prices, and then all that information is in our system. So onboarding doesn’t take 180 hours,” says Rubinstein.

“The retailers can then order more efficiently, and the vendors have more control. It creates a nice ripple effect.”

The price of Supplyve per month depends on the number of SKU scannable barcodes the store contains, ranging from $99 to $299.

Clients in Israel and US

Rubinstein was speaking to ISRAEL21c from Supplyve’s office space in the AtoBe Accelerator at Jerusalem’s Azrieli College of Engineering. The startup will next move on to the MassChallenge accelerator.

Despite the company’s youth, it already has seven customers signed up in Israel. In the United States, a health-food store in Queens, NY, and a supermarket in Baltimore are the first two clients, with two others in the works.

These early adopters are providing feedback that helps Supplyve optimize its product, which is integrated with Square and other point-of-sale systems and is available from both Apple and Google’s app stores. 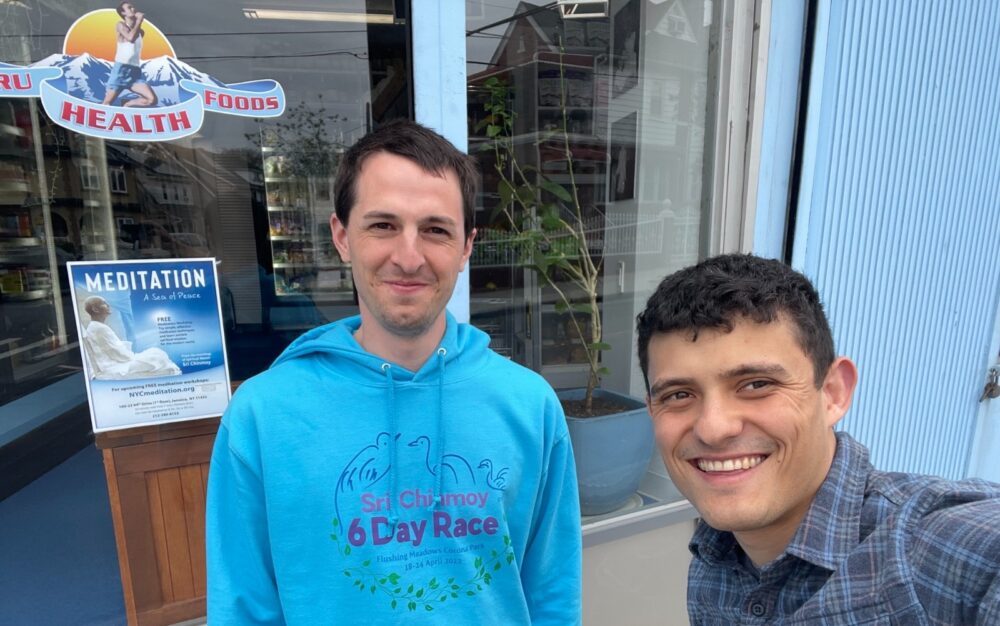 “Like most Israeli startups, we use Israel as an R&D staging site and have our sights set on the US market,” says Rubinstein.

A company of American Israelis

Cultural differences between Israelis and Americans can be challenging, but Supplyve’s eight-person team are all American émigrés aside from developer Regina Rousson, an Australian native.

Rubinstein and cofounder/COO Dvir Goldman moved to Israel together through Garin Tzabar, a program that facilitates Israel Defense Forces service and support for “lone soldiers” without parents in Israel. 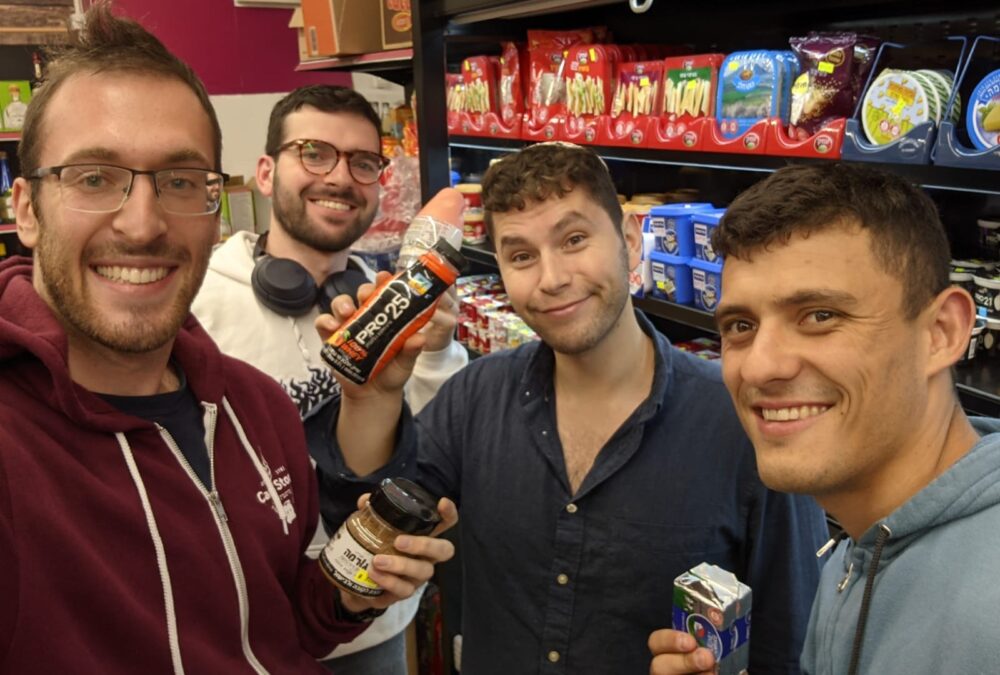 “Our backgrounds allow us to play in both spaces very well. All of us understand Israeli culture intimately and we understand the American market and its intricacies.”

After the army, Goldman managed operations and logistics for an independent retailer. He realized they were making orders based on very little information.

“They had no idea what was sitting on their shelves and what was about to expire,” says Rubinstein. “We spoke to hundreds of people and discovered that logistics in independent retail is a really big problem. There is very low technology adoption.”

Rubinstein knows of only one other company that could be considered a direct competitor, based in California. “That’s actually good for us because it’s a serious validation of the concept.”

UNCOVER ISRAEL - Get the ISRAEL21c
Weekly Edition free by email
Sign Up Now!
Bring Israel's story to life.
Millions of people around the world rely on us to gain a deeper understanding of Israel. We are the trusted source for original content you won't find anywhere else.
You can make a difference. Donate today to support journalism that brings Israel’s story alive.
SUPPORT ISRAEL21c
Read more on:   Technology, Business, retail-tech, Supplyve