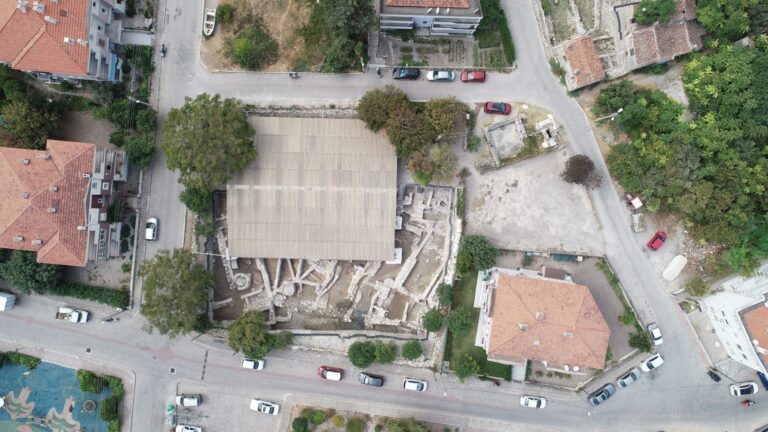 Birds-eye view of the excavation site within a modern neighborhood of Çeşme-Bağlararası, Turkey. Photo by Vasıf Şahoğlu

A team of Israeli, Turkish and Austrian scientists recently discovered the skeletons of a man and a dog from 3,500 years ago along the coast in western Turkey.

The researchers believe they were victims of a tsunami, caused by a volcano that erupted in the Late Bronze Age on the Greek island of Thera, now known as Santorini. Although the disaster was known, victims’ remains have never been found before.

In an article for The Proceedings of the National Academy of Sciences of the United States of America, Beverly Goodman-Tchernov,  head of University of Haifa’s Dr. Moses Strauss Department of Marine Geosciences, and Vasıf Şahoğlu, head of Ankara University’s Research Center for Maritime Archaeology, say that their discovery came after 10 years of research and excavations by Turkish, Israeli and Austrian scientists. 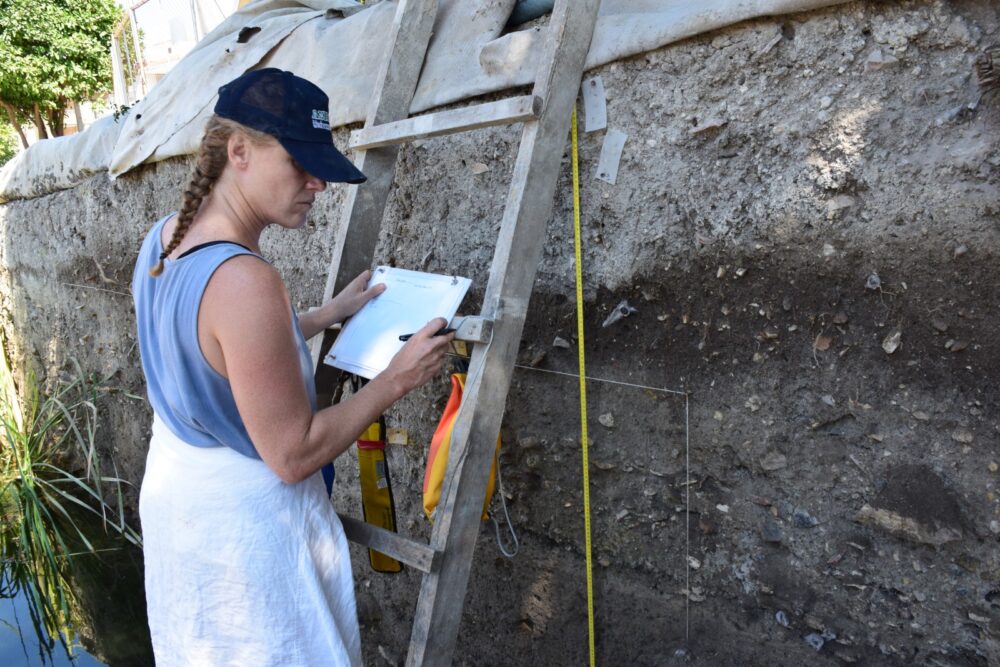 Manmade pits they found in the area probably were dug by survivors desperately looking for victims. The human skeleton was found far below the level of these pits, indicating this victim was missed.

Goodman-Tchernov says the discovery process began when Şahoğlu invited her to help him study a layer of volcanic ash in the Çeşme–Bağlararası region, where an ancient settlement once thrived.

“When I saw the section below the ash layer, I noticed that it was similar to tsunami deposits I had seen elsewhere,” Goodman-Tchernov said. 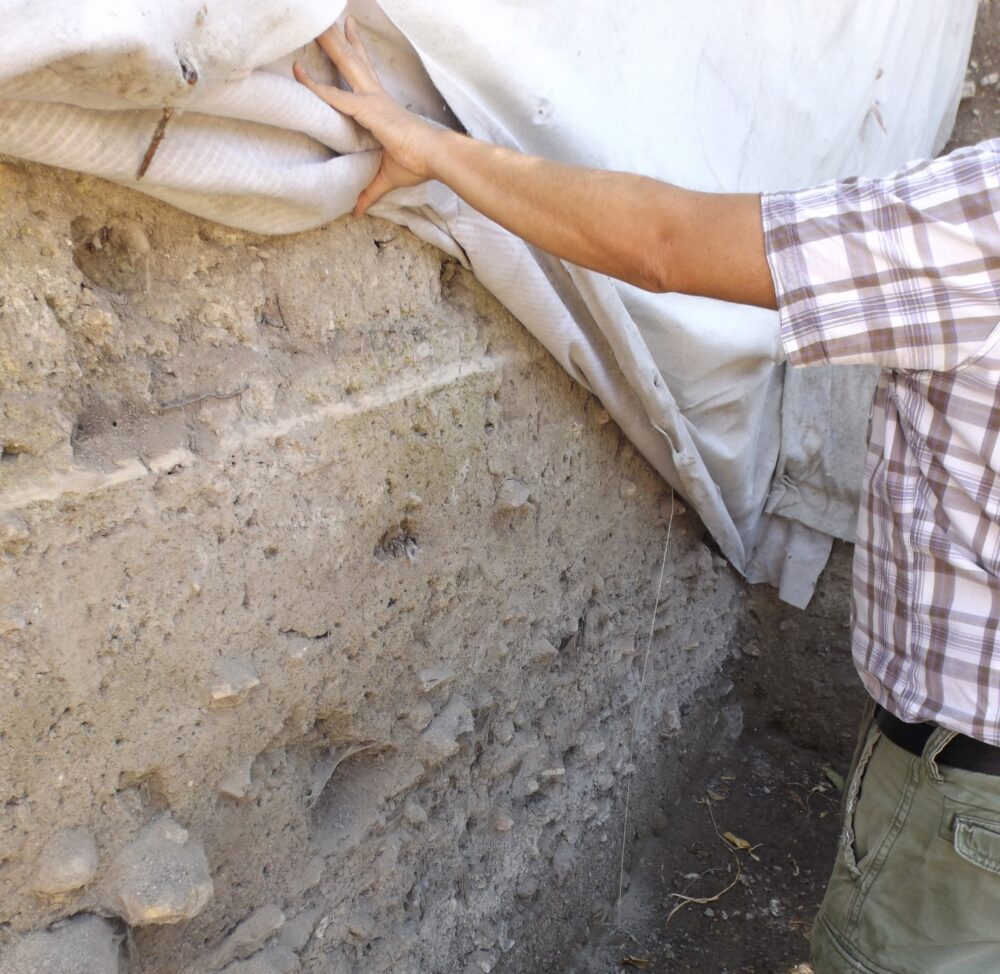 The researchers used methods from earth sciences, geology and archeology to find evidence linking the tsunami deposits to the Thera eruption. The deposits were larger than Goodman-Tchernov and her colleagues had imagined.

“In the aftermath of the event, the once-thriving community didn’t exist for at least a century. It is also one of many coastal settlements impacted by tsunamis, eruptions and earthquakes and understanding the nature of this site could uncover others,” the scientists wrote.

The findings will help researchers gain a better understanding of the chronology and history of the Late Bronze Age and to plan ahead as well.

“Understanding what people experienced in the past can better prepare us for what is possible in the future,” Goodman-Tchernov said.

UNCOVER ISRAEL - Get the ISRAEL21c
Weekly Edition free by email
Sign Up Now!
Bring Israel's story to life.
Millions of people around the world rely on us to gain a deeper understanding of Israel. We are the trusted source for original content you won't find anywhere else.
You can make a difference. Donate today to support journalism that brings Israel’s story alive.
SUPPORT ISRAEL21c
Read more on:   News, Archeology, tsunami, University of Haifa