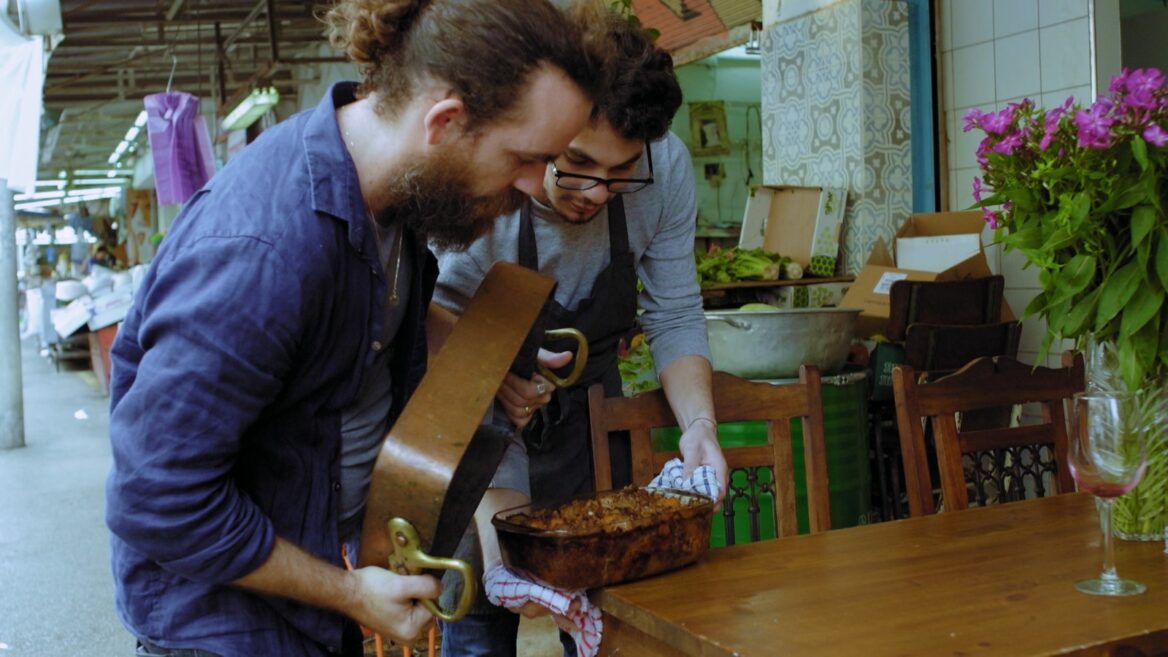 “In today’s world, where we are bombarded with stories about division, I was driven to tell the story of ‘Breaking Bread,’ which is about commonality,” said Beth Elise Hawk, writer and director of a newly released documentary about Haifa’s A-Sham Arabic Food Festival.

Founded in 2015 by microbiologist Nof Atamna-Ismaeel, the first Israeli Arab to win Israel’s reality show MasterChef, the festival brings together Arab and Jewish chefs who work jointly on creating dishes in a city known for multicultural coexistence.

Each chef puts a personal spin on traditional recipes handed down over generations.

“When the chefs cook together in the kitchen, political and religious labels fall to the wayside, and what’s left in their wake are human beings with striking similarities,” Hawk said.

She heard about the annual festival on a radio show that she was listening to while sitting in Los Angeles traffic. When she got home, she messaged Atamna-Ismaeel on Facebook.

Hawk came to Haifa for five weeks to prepare for the filming and get acquainted with Arabic cuisine. 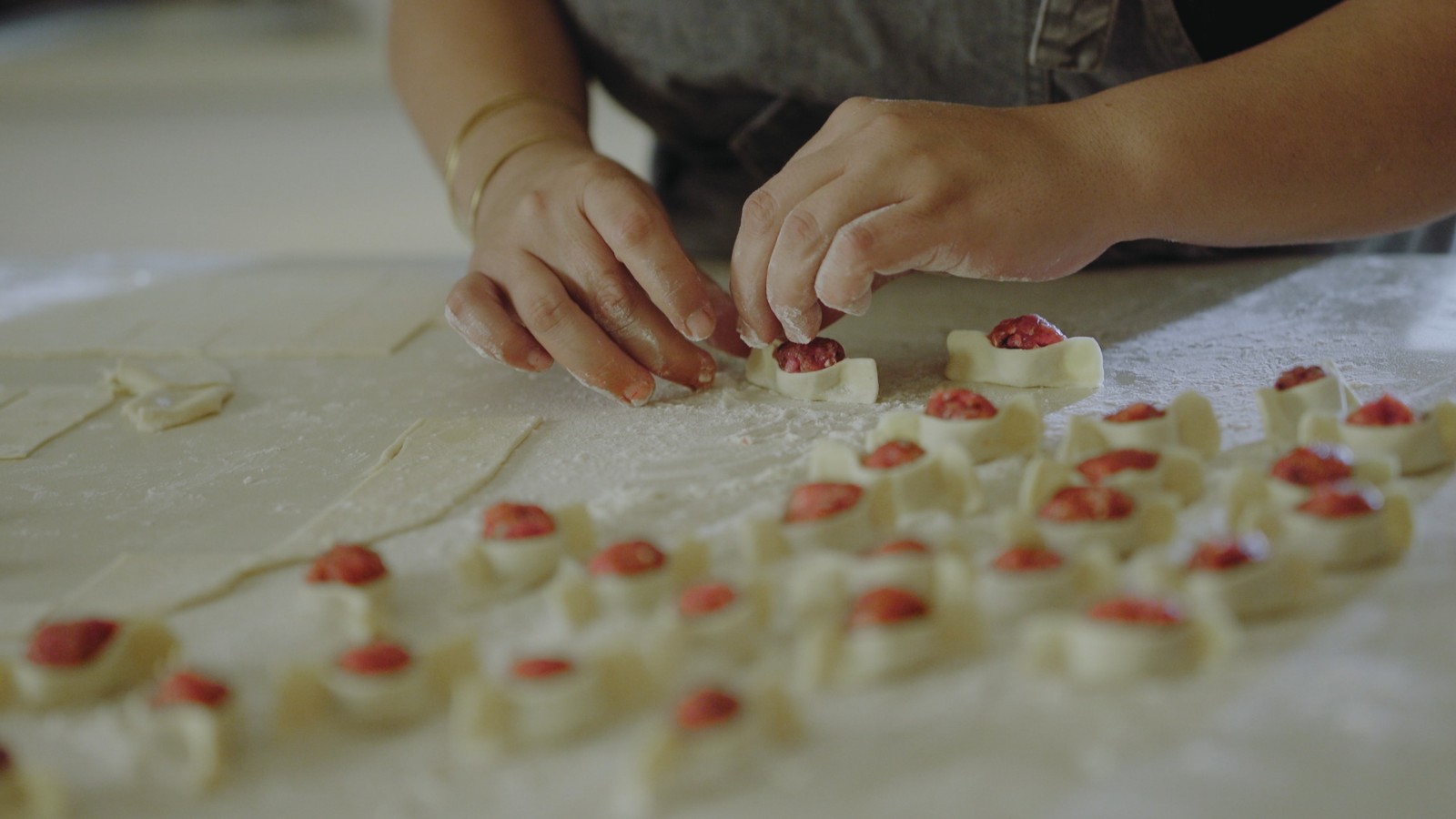 “Many of the film’s featured dishes are unfamiliar to sophisticated foodies,” she said. “Dishes like mussakhan (a traditional Palestinian dish of roasted sumac chicken, atop caramelized onions and laffa bread), taashimi (Levantine whole fish baked in a crust) and manti (lamb dumplings) are not well known here in the United States. So, it has been a joy to help generate interest in these dishes.” 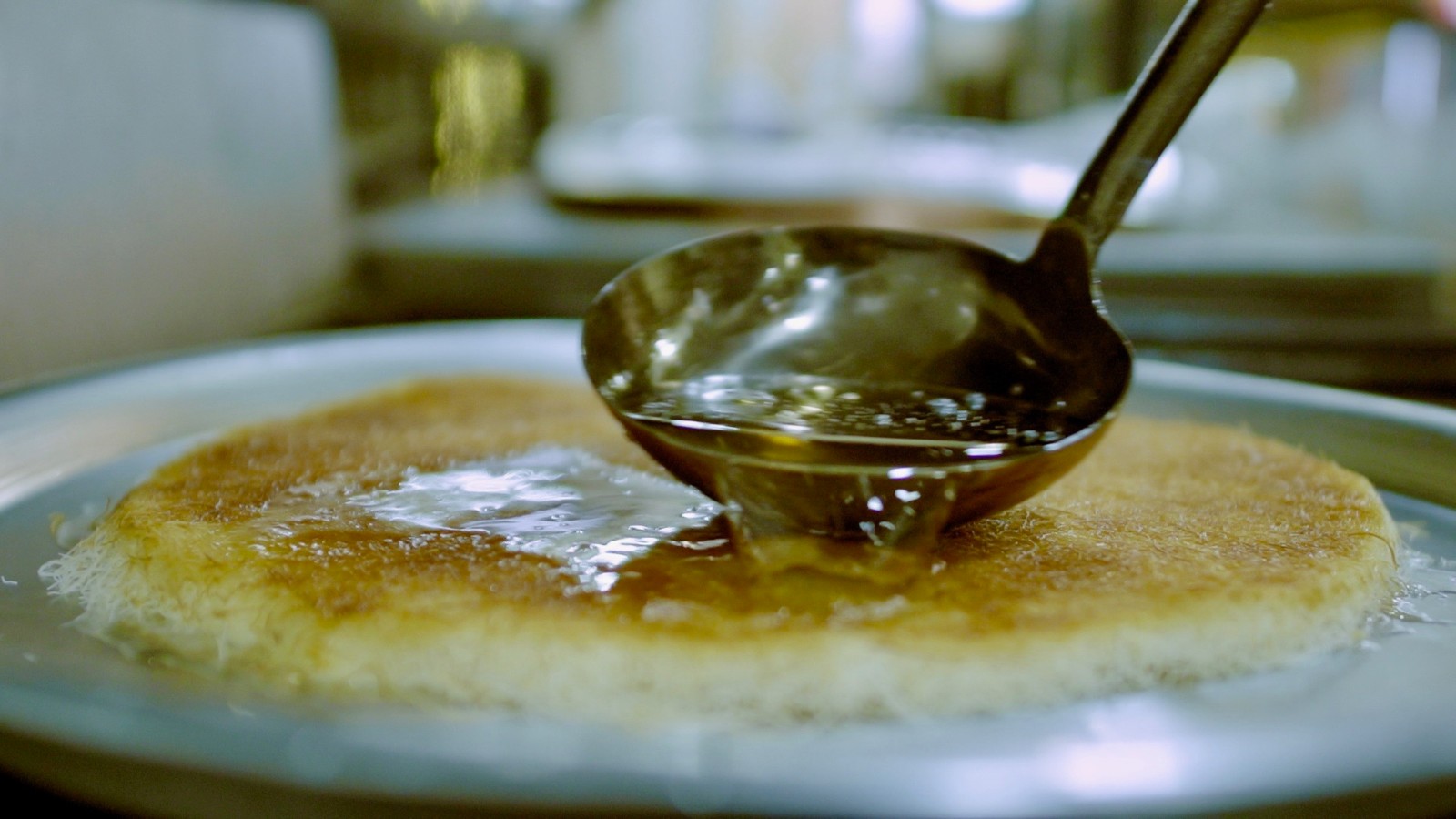 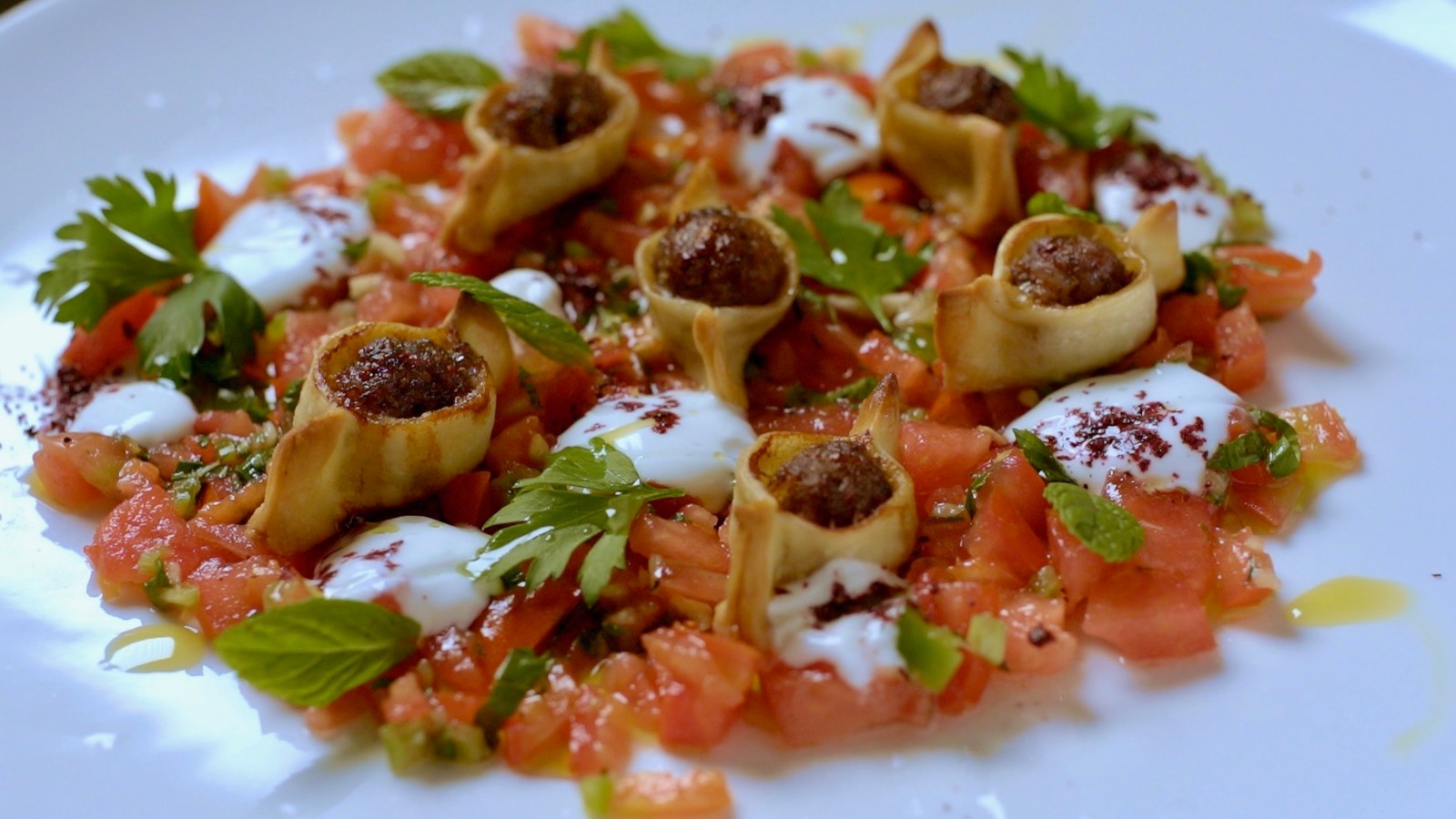 Hawk also got acquainted with the city itself.

“Little did I know that once I’d arrive in Haifa, the chefs, the city, the food, the humanity would provide a magical narrative far exceeding my expectations,” she said. “In a way, ‘Breaking Bread’ is a love letter to Haifa.”

Atamna-Ismaeel, the film’s primary subject, “believes encouraging contact between opposing sides leads to a better understanding and improved relations. She exudes charm and wit, is creative and talented. But it’s her quips like, ‘I don’t believe there’s any room for politics in the kitchen,’ and her tenacity to bridge the gap, to make small steps, hoping that they will lead to huge ones, that make her an inspirational protagonist in ‘Breaking Bread.’” 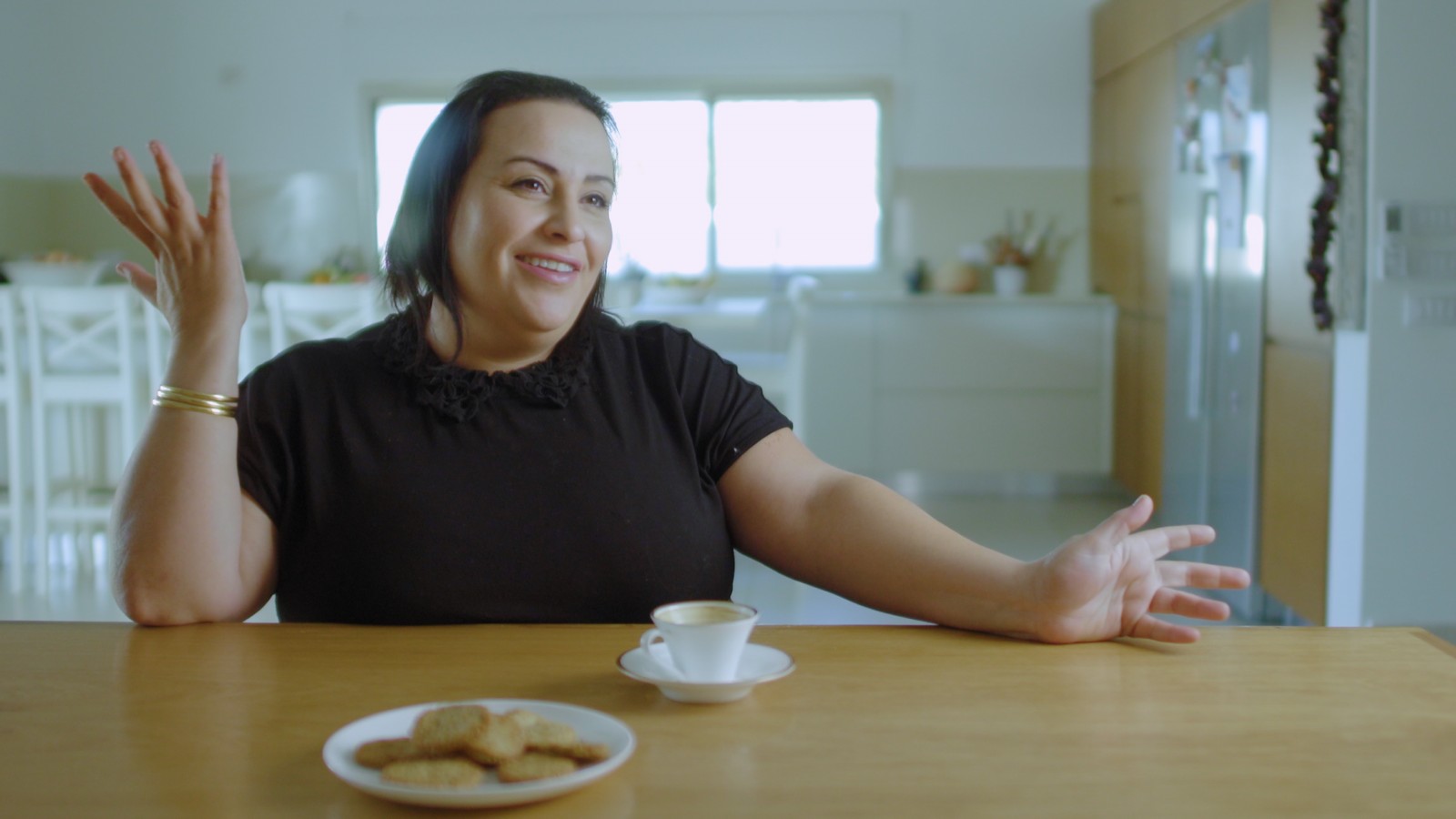 Atamna-Ismaeel selected the chefs and paired them up for the festival.

“I would film a pair of chefs, and it would become obvious, in the moment, that they would be stars of the film,” said Hawk.

“For example, the pairing of chefs Shlomi Meir and Ali Khattib was a gift from the cinema heavens. Their natural bond over parallel missions was emotional and organically embodied the themes of the film. 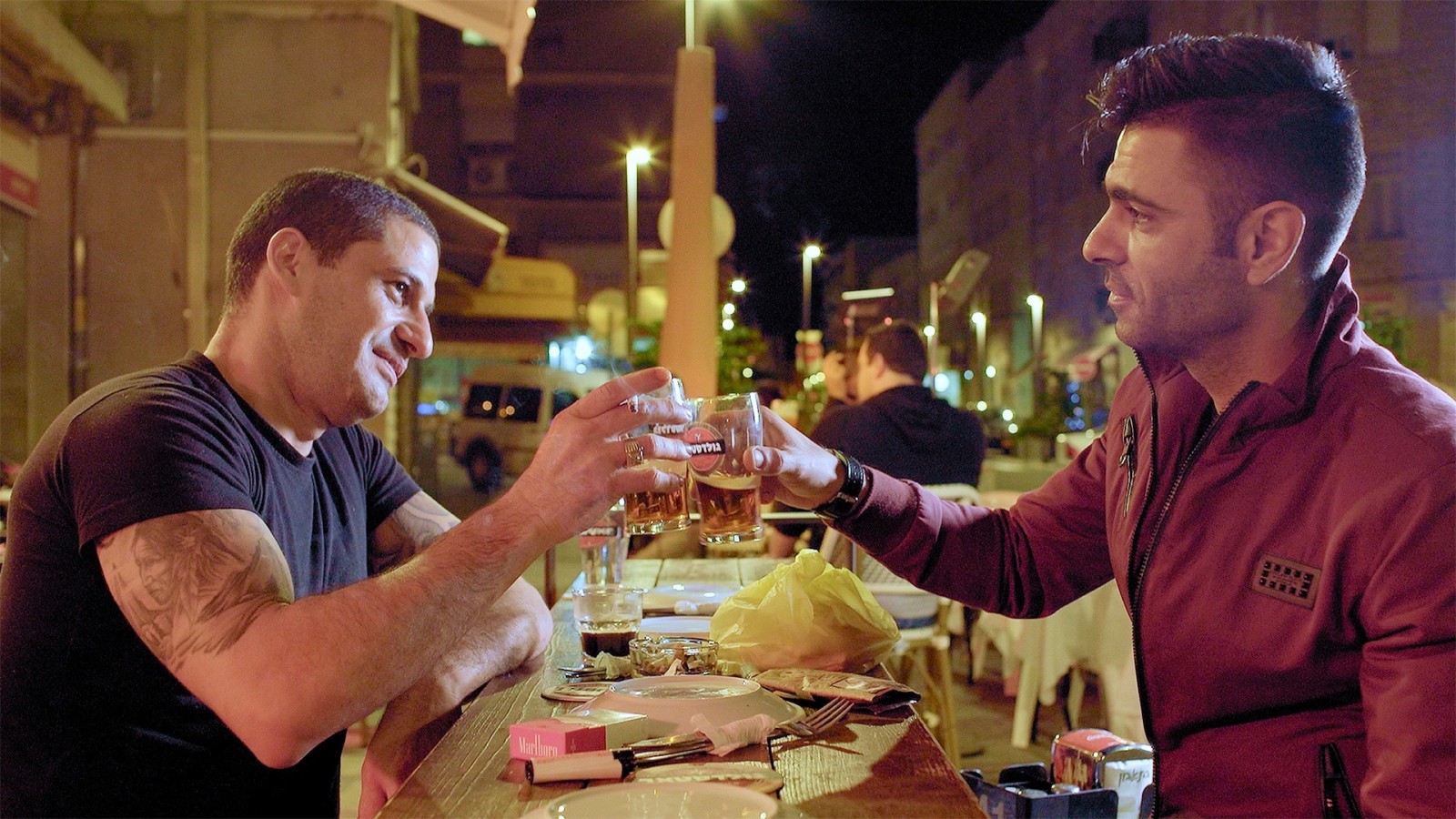 “You have Shlomi, a third-generation owner of Haifa’s Maayan Habira restaurant, propelled by his mission to continue the legacy of his deceased grandfather’s cooking. Everything Shlomi touches in his kitchen, from the meat smoker to the antiquated refrigerator he refuses to update, resurrects the memory of his grandfather,” Hawk said.

“And then you have Ali, propelled by his desire to continue the legacy of his grandmother’s unique Syrian dishes, by introducing them into the Israeli culinary scene. And the first step in this journey is to teach Shlomi, at the festival, how to make his grandmother’s yogurt, bulgur and lamb soup named kishek. Shlomi and Ali are mirror images. They recognize themselves in each other.”

“Breaking Bread” won an audience award at the Napa Valley Film Festival. This month, the film is premiering at theaters in cities throughout the United States, beginning with New York and Los Angeles. For details, click here.

UNCOVER ISRAEL - Get the ISRAEL21c
Weekly Edition free by email
Sign Up Now!
Bring Israel's story to life.
Millions of people around the world rely on us to gain a deeper understanding of Israel. We are the trusted source for original content you won't find anywhere else.
You can make a difference. Donate today to support journalism that brings Israel’s story alive.
SUPPORT ISRAEL21c
Read more on:   Spotlight on Israel, Culture, Israeli film and TV, Israeli food and drink, Arabic cuisine, Haifa, Nof Atamna-Ismaeel