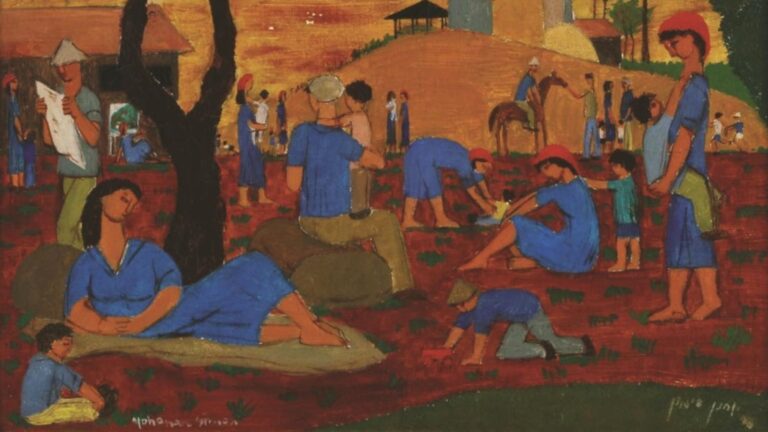 Yochanan Simon’s signed work, “Figures in the Kibbutz,” will be auctioned by Israel’s Tiroche Auction House on January 25, 2020. Photo: courtesy

Someone stole Marc Chagall’s “Jacob’s Ladder” painting from Gordon Auction House in 1996, several days before it was set to go to auction. The masterpiece was discovered only 23 years later.

And now, you can buy it. For the first time in 20 years, a Chagall painting is being auctioned in Israel.

“Jacob’s Ladder” is in a group of rare, valuable Israeli and international works to be auctioned January 25 by Tiroche Auction House. 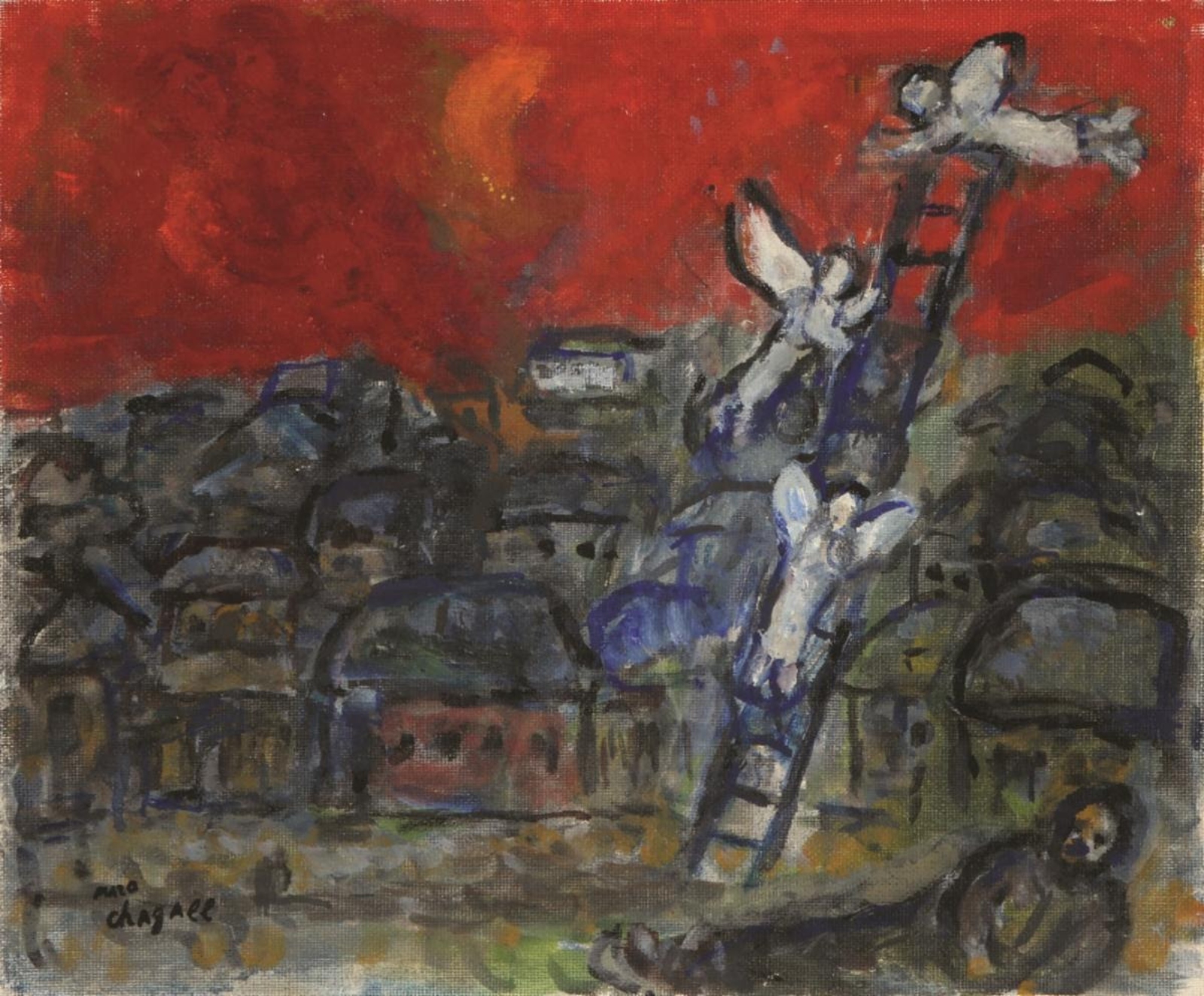 Bidders may attend in person at Tiroche headquarters in Herzliya Pituach; bid by phone; or participate live online via the Tiroche Auction House website.

Click here to see the full digital catalog of all artworks to be auctioned. 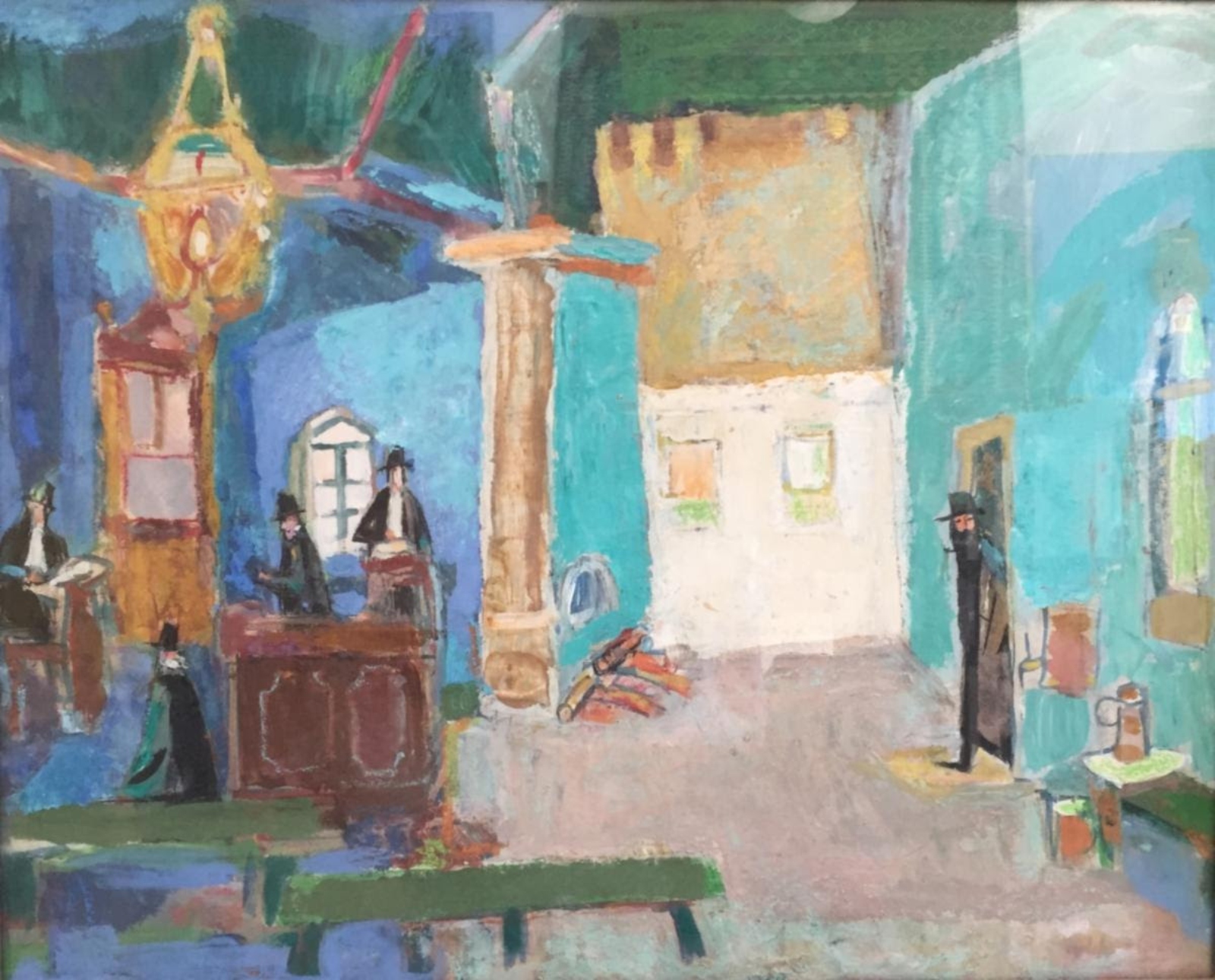 “It has been more than 20 years since an oil painting by Chagall has been sold in Israel, and we are thrilled to exhibit the work of the most important Jewish artist,” said Tiroche.

“While contemporary art continues to dominate the international market, the Israeli masters still see strong and increasing interest across the art world, with new bidders and acquisitions from the United States over the last three to four years.”