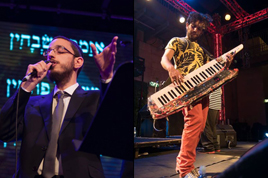 The 10 days between Rosh Hashanah and Yom Kippur are days of a higher spiritual order: they are days of repentance, reconsideration and forgiveness. Fittingly, Jerusalem’s Beit Avi Chai hosted its annual Piyut Festival, piyutim being liturgical poems created to be sung, chanted, or recited during religious services. Many of these are an important part of the High Holy Day prayers.

The word piyut (also piyyut), derives for the Greek word for “poet”. According to the Jewish Encyclopedia, the tradition of adding these hymns to the Jewish liturgy developed during the Talmudic era. “From that time [after the 10th century] the payyetanim become very numerous and are found in all larger Jewish settlements, notably in Germany, France, Spain, and Italy. Zunz (“Literaturgesch.”) counts over 900 names of payyeṭanim. It seems likely that they were influenced by the troubadours and the minnesingers, both in the writing of their poems and in their musical settings.” 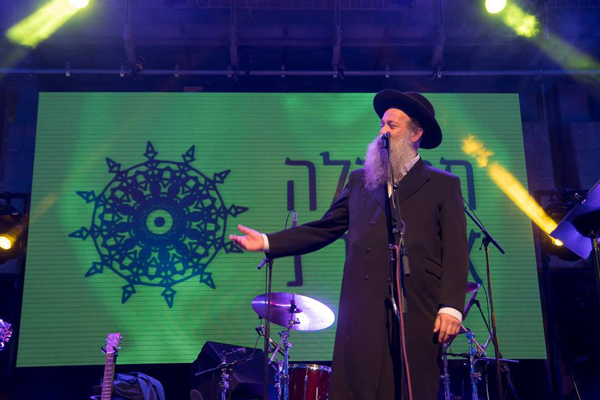 Wikipedia notes that “Most piyyutim are in Hebrew or Aramaic, and most follow some poetic scheme, such as an acrostic following the order of the Hebrew alphabet or spelling out the name of the author.” (Many of those names are familiar to Israelis today only as streets: Ibn Gabirol, Ibn Ezra, Saadia Gaon and many others).

The Piyut Festival, now in its seventh year, looks to the origins of this musical tradition with the aim of providing a platform “to bond Jewish cultures and communities, and a lively artistic dialogue between tradition and contemporary culture.” 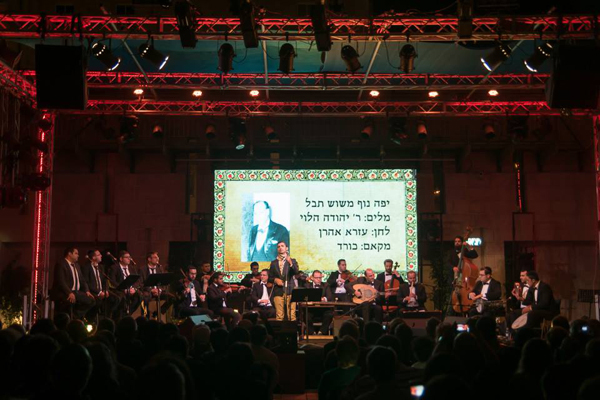 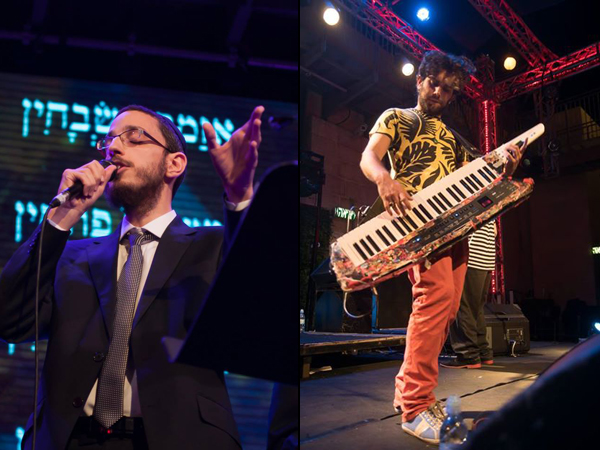 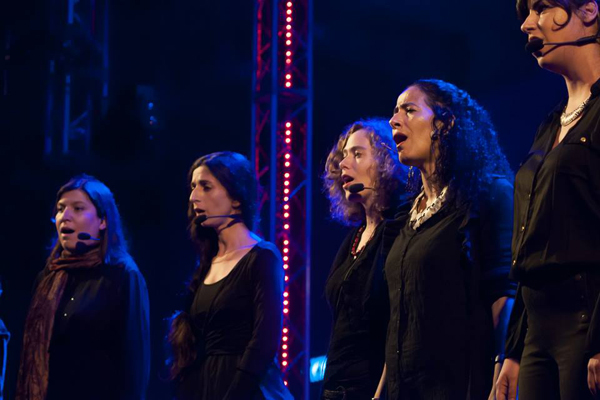 Shai Tsabari and the Orchestra of the Future celebrated Israeli mizrahi music, “the sounds and songs that came to the fore from the neighborhoods and small towns on Israel’s young periphery… Around family meals, in spontaneous feasts, the religious piyyut, songs of daily life, and sounds of the new immigrants’ countries of origin intertwined with the sounds of the new homeland to create a new wave of mizrahi music which connected Eastern music from Yemen, Iraq, and North Africa with psychedelic rock and sing-alongs in a natural way.”

There was also a study session on the the Ashkenazi hassidic tradition of the prayerful melody without words known as the niggun and its meaning, and an exhibition of piyut  artworks. 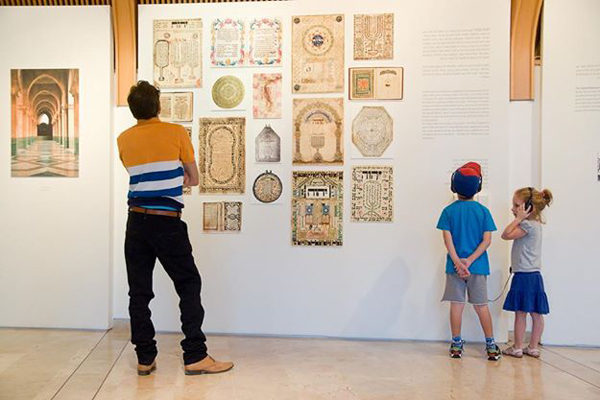 Tonight’s closing event of the Piyyut Festival is an invitation to a large prayer/performance of unity the day prior to Yom Kippur Eve. The Ashkelon Andalusian Orchestra and rockers Knesiyat Hasechel will perform in Jerusalem’s municipal Safra Square with modern-day payytanim Lior Almaliah and Rabbi David Menahem, along with special guest artist, French-Israeli ethnic-rocker Riff Cohen. According to the organizers, “The performance moves between the liturgical poetry of the Selichot prayers and original musical performances with a powerful Andalusian-Mediterranean electric high-volume sound.”

To learn more about piyut and the piyutinm for Yom Kippur, visit Beit Avi Chai’s Invitation to Piyut page where there are translations, commentary and music scores of hundreds of piyutim, plus thousands of recordings. You can also send a piyut with a personalized greeting — and may we all be inscribed in the Book of Life.