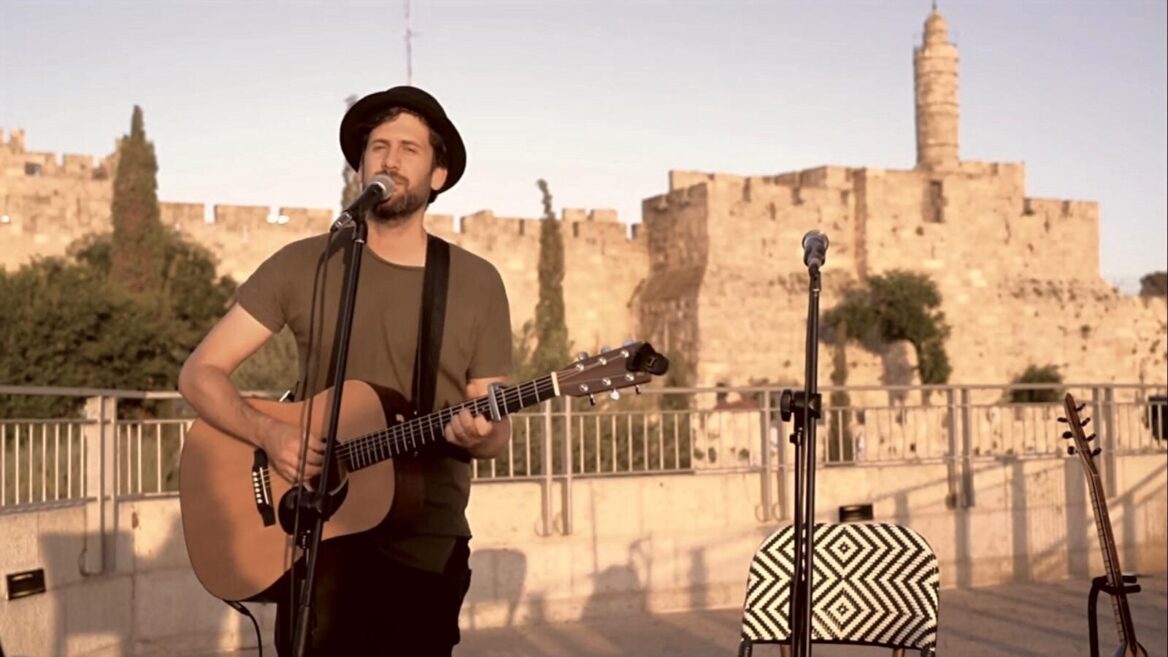 “I don’t forget my past. I’m not saying there isn’t a conflict. But we’re here to talk and look each other in the eye like human beings.”

Around the time the coronavirus crisis erupted, Yair Levi’s grandmother fell ill. A musician, Levi looked for a prayer to recite for her and came across a biblical verse that he quickly composed and sang.

The result was “Refa Na,” a soulful healing prayer that went viral across the world.

“It came out within a week and it just exploded in a crazy way, with people who don’t know Hebrew singing and praying that Covid should pass,” Levi recalls.

“I got covers from all over the world,” he says. “One of the covers I got was by Carine. She first sang it in Hebrew and then in Arabic.”

Carine is Carine Bassili, a Lebanese living in the United States. Not a singer by profession, she’s been working on music for the past couple of years out of a desire to empower people and bring them hope and peace.

The Hebrew song that she came across, she says, resonated with her despite the enmity between Israel and Lebanon.

“I never had any connection to any Jewish people. In my country, they’re supposed to be my enemies,” she says.  “But I never considered them as enemies. Our families never taught us to hate.” 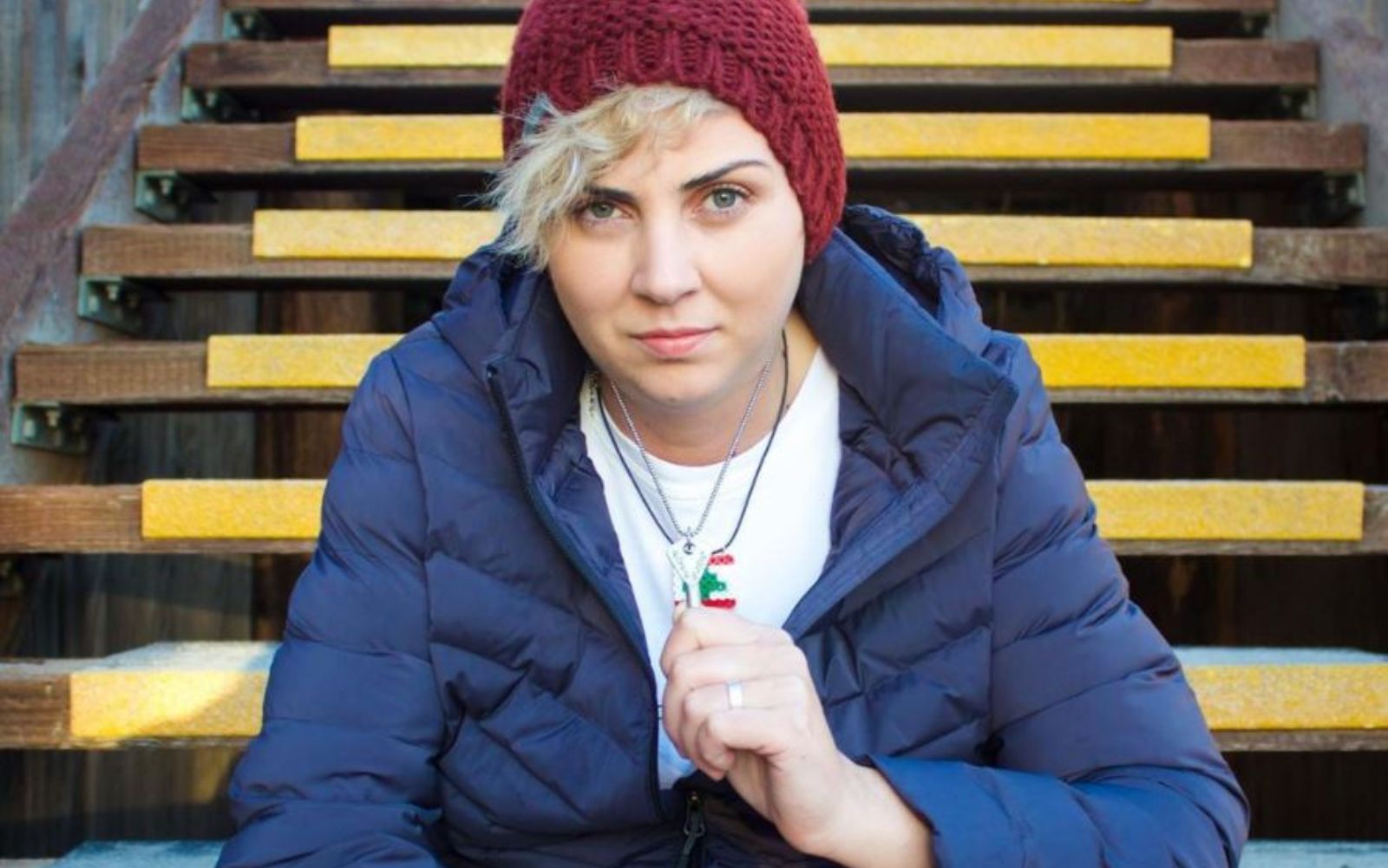 Carine Bassili has been living in the US and working on music to empower people and bring them hope. Photo: Susan Taylor/cbpurelove5/Instagram screenshot

Still, Bassili says she had to work up the courage to get in touch with Levi, but when she did she asked him whether he’d like to sing it with her in Arabic.

Levi was impressed. “On her part, she’s amazingly brave to be doing it,” he says. “On my part, as someone who was in the army for many years, there was something complex about it for me too. I know Lebanon in a different way.” 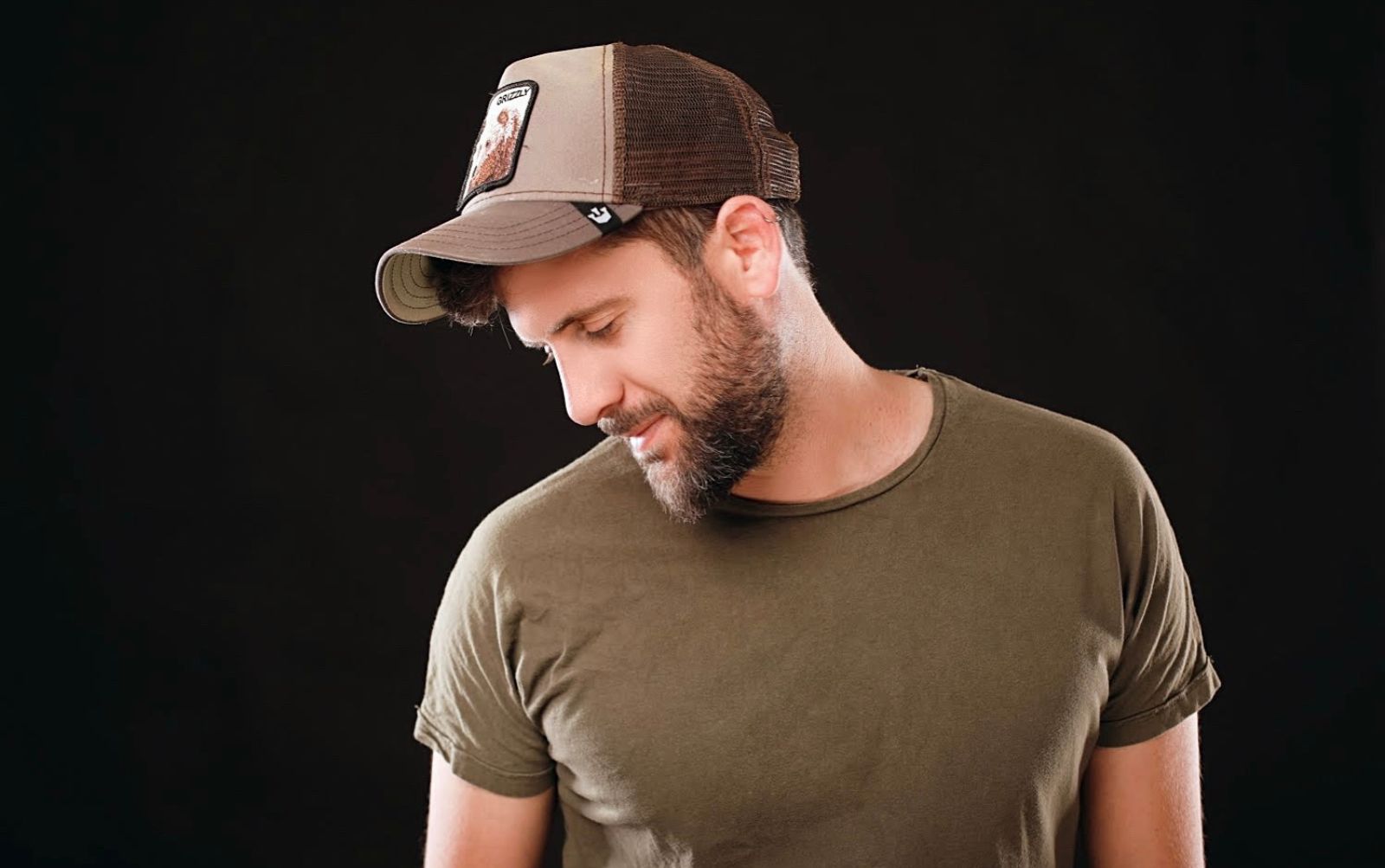 Yair Levi was a navy officer before he turned to a career in music. Photo by Rami Diablo

Levi was a career officer in the Israel’s prestigious navy commando unit. He left five years ago to pursue his passion for music, and like Bassili experienced the difficulties of war.

“She experienced the wars, the jets, scrambling down to the air raid shelters, the bodies, the worst things possible – and so did I. It’s from this place that the cooperation was formed,” he says.

Part of a conversation

“I think that one of the amazing things in this cooperation is that it’s part of a conversation. We got to know one another and understood that both of us aren’t people who are saying ‘Let’s make peace’ by forgetting the past,” he explains.

“I don’t forget my past. I’m not saying there isn’t a conflict. But we’re here to talk and look each other in the eye like human beings.”

Working with an Israeli artist, she adds, has been a bittersweet experience.

“It wasn’t easy. I knew I was doing something my country won’t allow. I didn’t want to break rules, but I wanted to do what was right,” she says. “I was scared for a moment, but I knew it was the right thing.”

Their cooperation resulted in the Arabic version of “Refa Na,” for which Bassili taught Levi the correct pronunciation over video call.

“I think we did the best we can with his Arabic. I think he’s really good,” Bassili says.

Singing in Arabic, Levi says, has given some closure. His grandmother, who passed away since he composed the song for her, spoke Arabic, and he used to practice the Arabic he’d learned in the army when he’d come home at weekends.

“I suddenly realized that it’s another sort of closure. For me, there’s something in this song that very much revolves around my grandmother. It’s of course already become something beyond that. But for me, at the end of the day, I’m singing for my grandmother and it’s amazing.”

The song comes from verse 13 in chapter 12 of Numbers, in which Moses prays for the recovery of his sister, Miriam.

Responses to the collaboration have been a mix, but overall a good one, they say.

“I expected the bad responses,” Levi says. “What surprised me was the positive responses because I really didn’t know that side of Lebanon, of people who are interested in peace and don’t hate Israel. There’s a very large public in Lebanon that wants this closeness with Israel and sees something positive in it.”

Bassili too has received all kinds of responses from people in her homeland. She says she doesn’t judge anyone who expresses anger or hurt.

“But we had lots of positive. People cannot go public and say it, but I get a lot of private messages about it,” she says. “We have to spread some good news, to spread positivity, to spread truth and erase those lies. Bring light to the darkness. Hopefully, that will be a way toward helping that.”

The two artists are already working on another project together but are keeping things under wraps.

“We’re doing something that’s mine, hers, and with a few other people. Something quite big in my opinion,” Levi concludes.