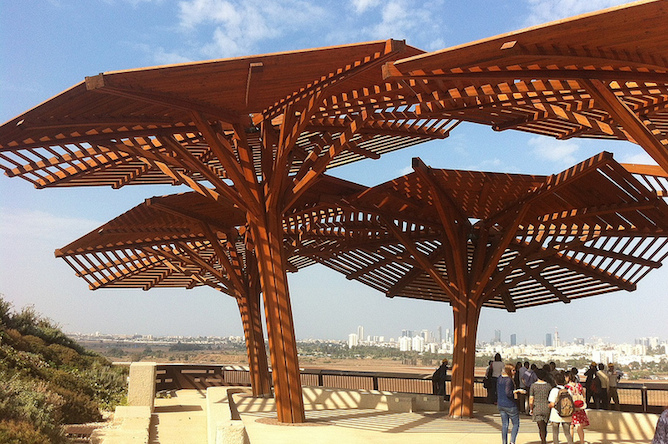 When your childhood memories of your Dutch grandfather include playing at the garbage dump he managed, you can be sure that a day out at the Israeli dump is an extra-special treat.

It’s especially fun when you do it with other “treehuggers.”

My opportunity came about when I was invited by Kinetis to join its eco-bloggers group from the US and Europe. The bloggers — including ones from TreeHugger and CleanTechnica — came to Israel on an all-expenses-paid trip to learn about green projects all over the country.

I accompanied them to Israel’s former main landfill, lovingly called Hiriya by locals, now being rebranded as Ariel Sharon Park. An eco-park!

Once an eyesore and a “nose” sore for locals, Hiriya is being transformed into a day-trippers’ paradise. Even before the park officially opens, visitors can arrange for a free tour to see how concrete waste structures support the steep slopes of the dumpsite. They can see how peaceful a dump-turned-park can be.

Some 20 miles of bike lanes are being built, linking the park to the main cities nearby. 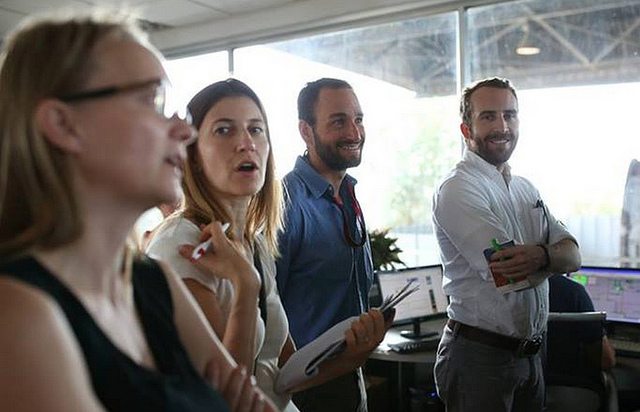 From the top of the landfill, we saw breathtaking views of Tel Aviv. Then (with open-toed shoes — oops!) we marched over to Arrow Ecology, a company that is recycling waste from cities including Tel Aviv. Arrow generates 8 MW of energy every day from the compost waste its machinery digests.

A company rep says that there are loads of treasures to be found at the dump, including coins that sometimes fall through the sorting holes. Arrow runs its sorters on biogas generated onsite. It feeds the power back to the grid at night, when recycling stations aren’t operating.

The Hiriya landfill was closed in the late 1990s, after accumulating 25 million tons of waste. It was also closed thanks to the birds feeding off the garbage. Everyone knows that birds and international flights out of Ben-Gurion International Airport nearby don’t mix.

Something needed to be done, but what?

We learned about how the park hired a German architect, the world-renowned Peter Latz. Work started in 2005 and it still might take another five or 10 years to transform this dump into Israel’s version of Central Park. It is expected to encompass about 2,000 acres when completed. 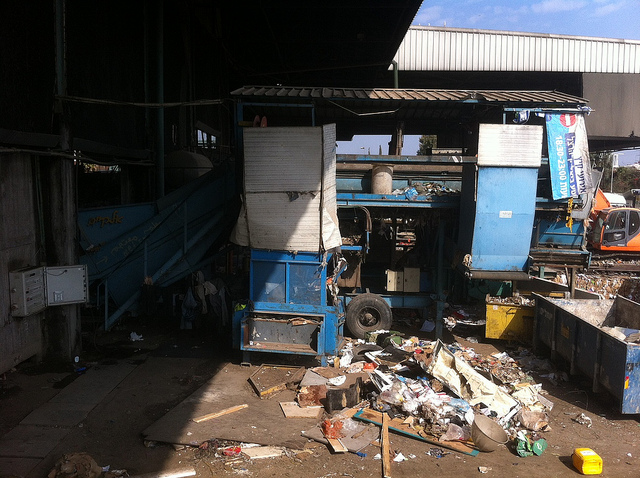 Garbage still comes into Hiriya to get routed to other landfills.

Some 3,000 tons of garbage still pass through the site, where it is repacked and sent to other landfills throughout Israel. A portion of the garbage is recycled by Arrow Ecology.

Historically speaking, we learned, the dump was started by the British Mandate government in the 1920s when modern archeologists discovered an old bottle and buttons from a soldier’s uniform when excavating at the site.

It wasn’t until 1958 that it became an official dump, conveniently located between two small rivers that would wash away the foul toxins.

Of course, people today know a lot better. The rivers are now being diverted, rehabilitated and cleaned in winter time when the floodwaters flow, and a host of systems and habitat-building is in place to transform this ecological nightmare into an ecological dream for urban dwellers.

Birds and other small animals are most welcome too, and now use this park en route to Africa, or as a respite from the crazy city life of Tel Aviv.

To learn more about the park, see http://www.parksharon.co.il/

UNCOVER ISRAEL - Get the ISRAEL21c
Weekly Edition free by email
Sign Up Now!
Bring Israel's story to life.
Millions of people around the world rely on us to gain a deeper understanding of Israel. We are the trusted source for original content you won't find anywhere else.
You can make a difference. Donate today to support journalism that brings Israel’s story alive.
SUPPORT ISRAEL21c
Read more on:   ecology, Ariel Sharon, kinetis, park, dump, Spotlight in Israel